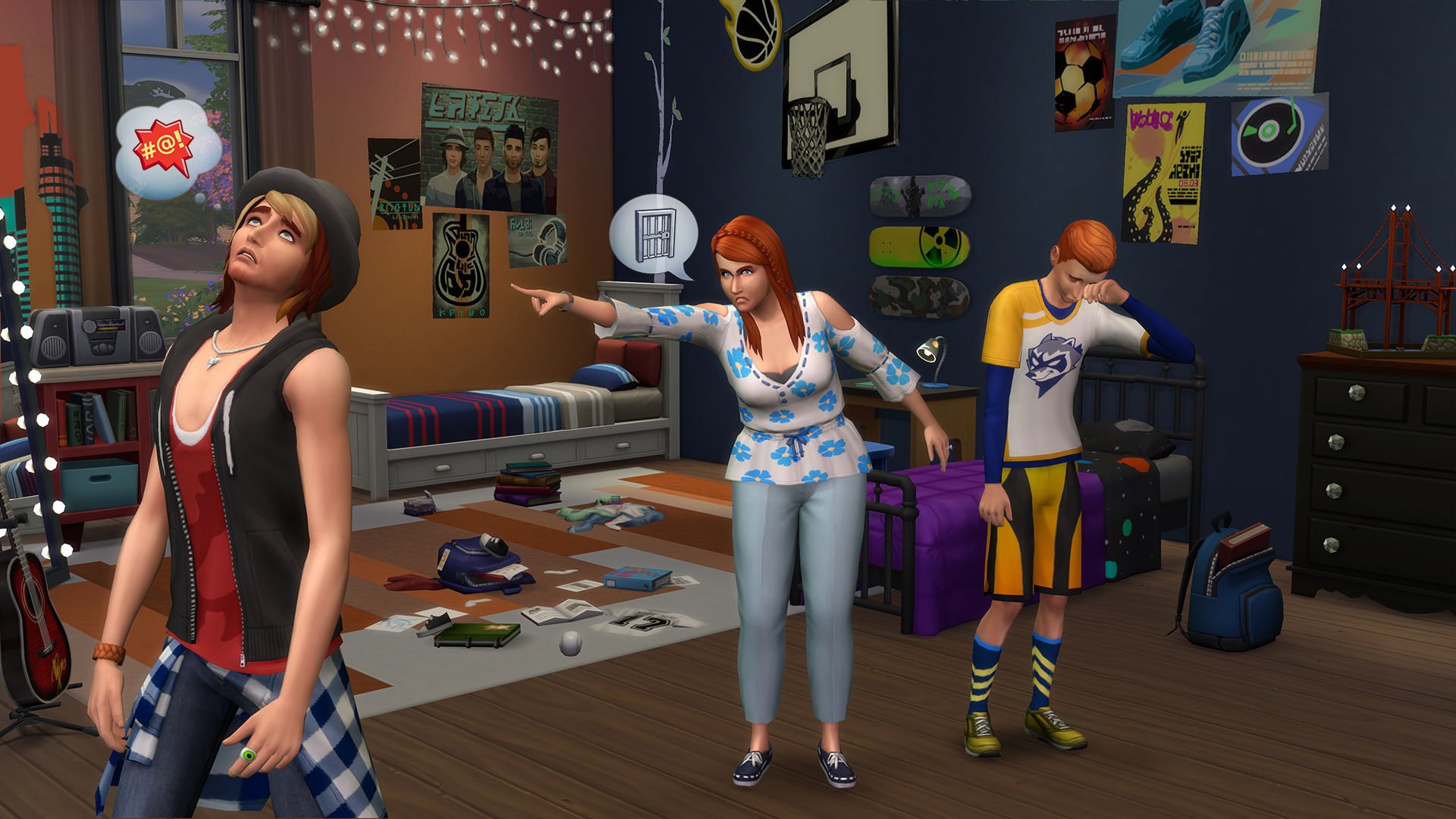 A seamless improvement on the original

After a somewhat tepid launch three years ago, every game pack, update, and expansion released for The Sims 4 has had to find some way to make the barren base game feel as expansive as the many, many Sims games that came before.

The Sims 4: Parenthood is the latest attempt to fill the content void, and while the longtime Sims fan in me wants to call it and all other non-expansion DLC a cash grab, at just $20 Parenthood feels more worth its price than most of the full-blown, $40 expansion packs released so far. 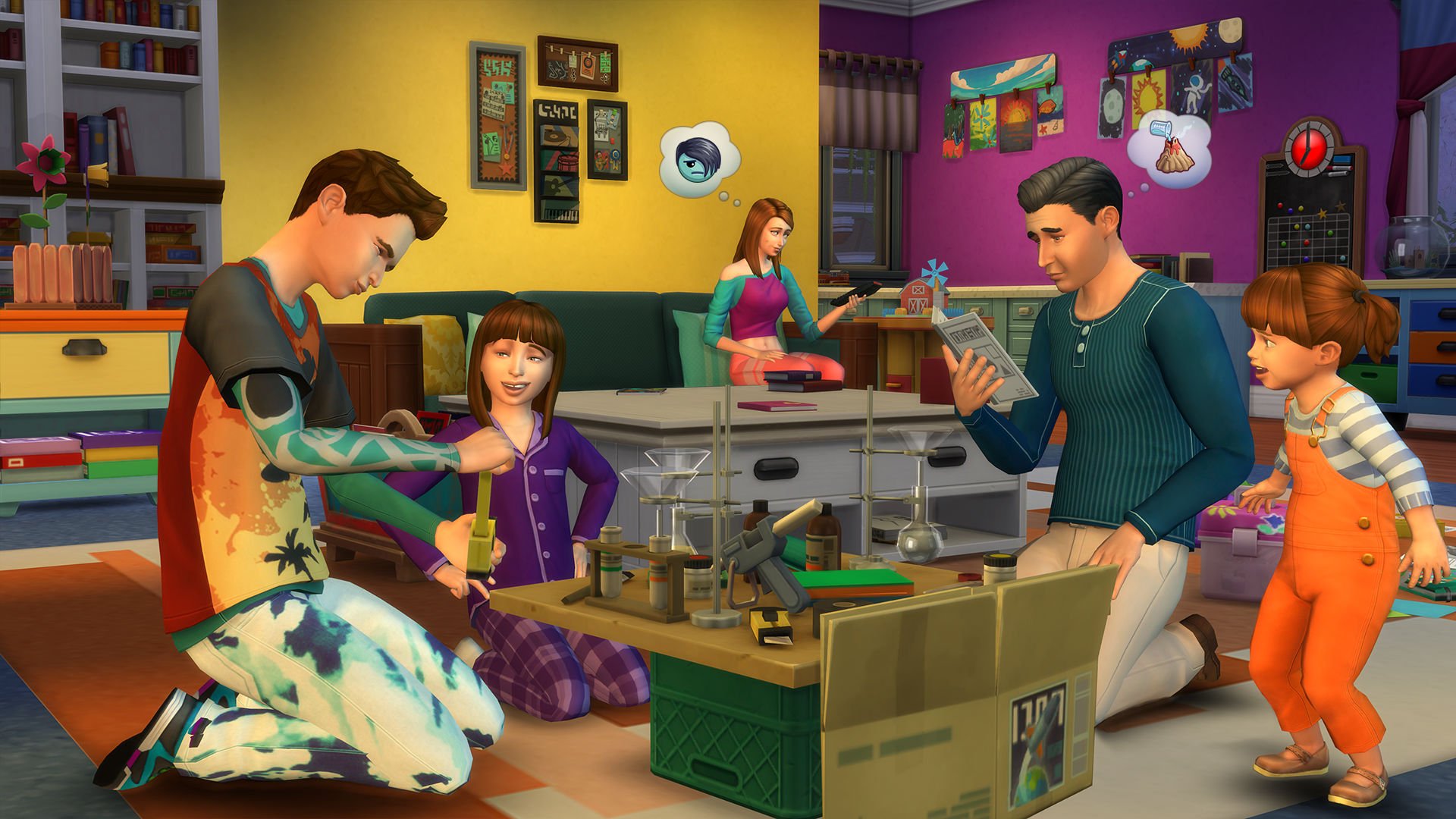 The Sims 4: Parenthood takes on the monumental task of making the life of a stay-at-home parent as interesting as pursuing a career or working towards fulfilling an aspiration. This isn’t the first time in the franchise’s seventeen years that Maxis has attempted to flesh out the core Sims mechanic of popping out and raising lil’ Sim children, but thankfully Parenthood doesn’t feel like a rehash of a past expansion pack.

This time around, the game has introduced a ‘parenthood’ skill that parents can build by teaching, disciplining, and praising their sim spawn. As with other skills like cooking or logic, a new level of that skill offers a sim new activities and interactions. This could be anything from a new way to correct a misbehaving child or more details on how each particular parenting decision will affect a kid’s demeanor. 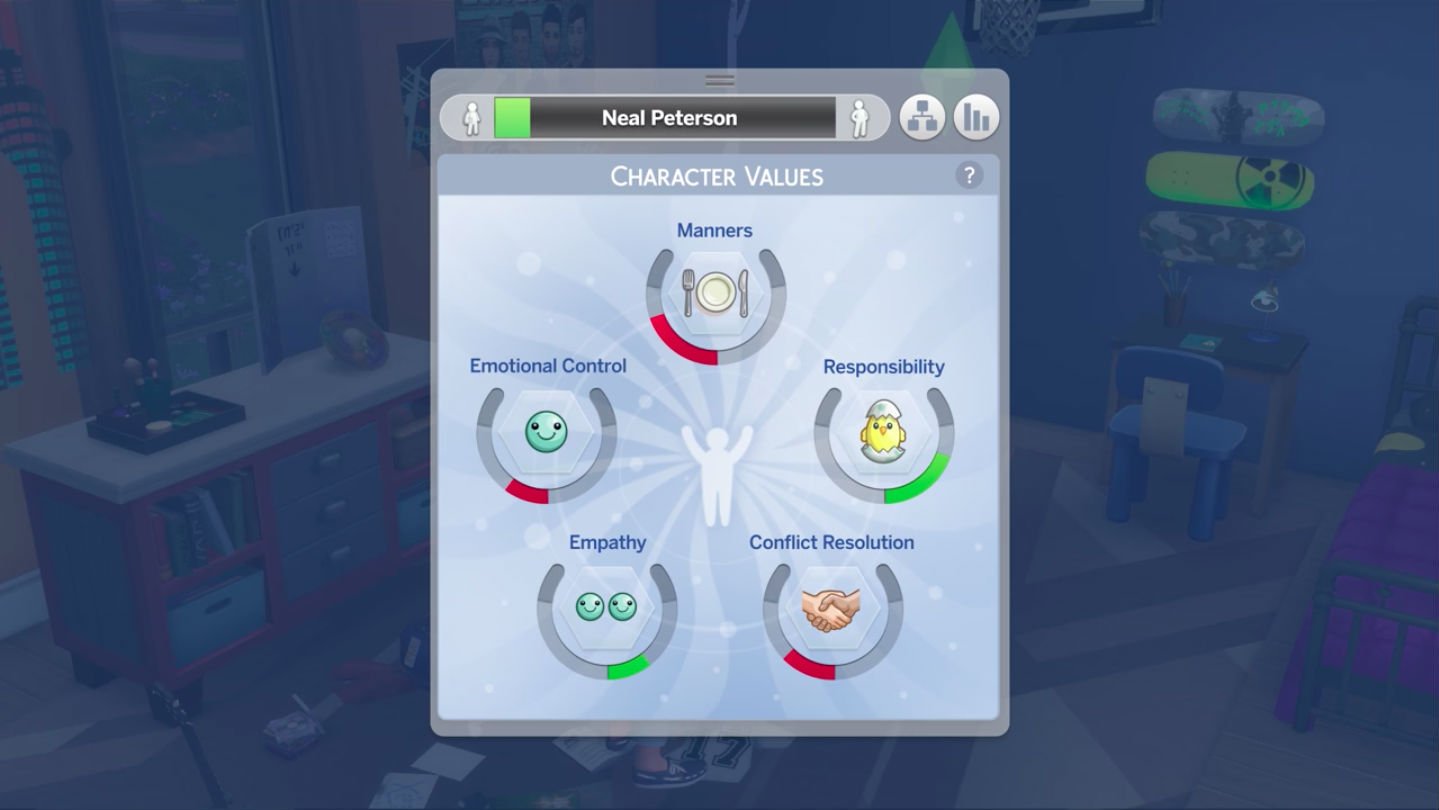 Those teachable, parenting moments all feed into the new ‘character values’ menu toddlers, children, and teens have stashed in their traits menu that shows how behavior is being reflected in their personalities and actions. Depending on the reactions parents have to certain behaviors, kids either gain or lose behavioral points in manners, responsibility, conflict resolution, empathy, and emotional control. The more you praise or scold to reinforce a behavior, the more likely a kid is to behave accordingly in the future.

A child’s traits will influence the kind of good or bad behaviors they’re likely to build too; a mean sim will tank its empathy, while a neat sim is likely to see its responsibility skyrocket. Even that has a way of helping to make each sim kid feel more unique since a higher or lower character value results in a kid naturally performing more actions that reflect that value.

And, if any of the five behavior categories are either fully in the red or green, a young sim will walk away with an all new and unique trait reflecting their childhood behaviors once they reach adulthood. Those traits themselves are a nice reward for taking the time to raise a sim from birth to maturity as well. It’s a neat system that successfully manages to add some depth to the previously monotonous child and teenager stages. 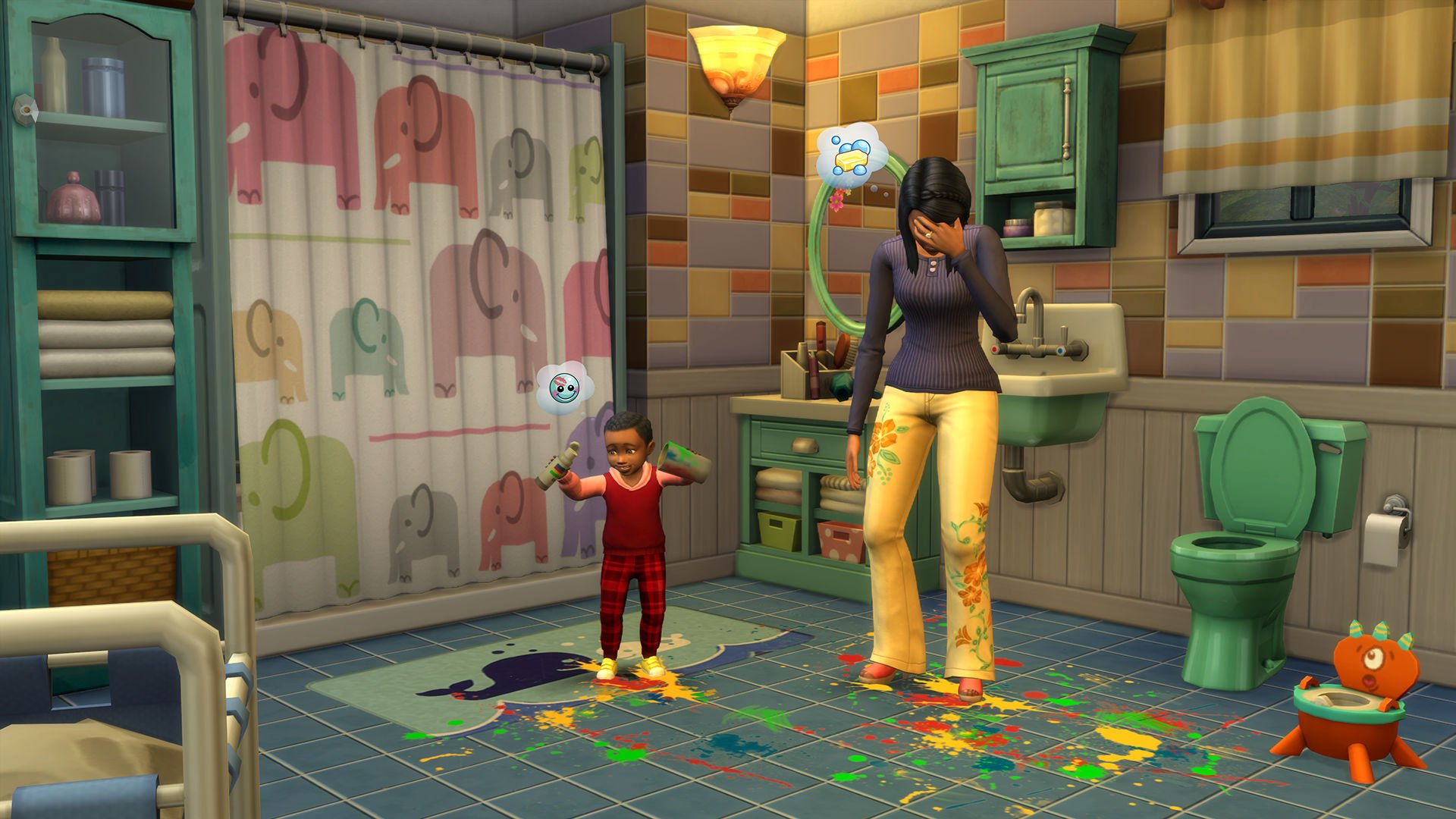 Beyond that, Parenthood introduces a number of new items and random encounters that give players additional ways to shape the family dynamic in any given home. Students now sometimes bring home class projects that can be assembled solo or with the help of the parent, and parents can set a curfew for the household via a family notice board that docks responsibility points for sims that don’t obey.

There’s a number of new random elements that seek to spice up the lives of each adventure into parenthood. Periodically, parents will receive a call from the school seeking advice on how to solve a conflict involving their child, and how the parent answers will, for better or worse, have a sizable effect on the kid’s character values. This same kind of thing happens when a teen or child autonomously asks a parent for advice. Whichever option the player picks, one character value will rise and one will fall, though higher levels of the parenting skill let players see those effects in detail ahead of time.

Children and teens now also have a chance to go through phases that noticeably alter their day-to-day activities. For some sims, this means they’ll become overemotional for a period of time and blast music at all hours, and for others it means they become unbearably sad unless they’re wearing a vibrantly colored bear costume. 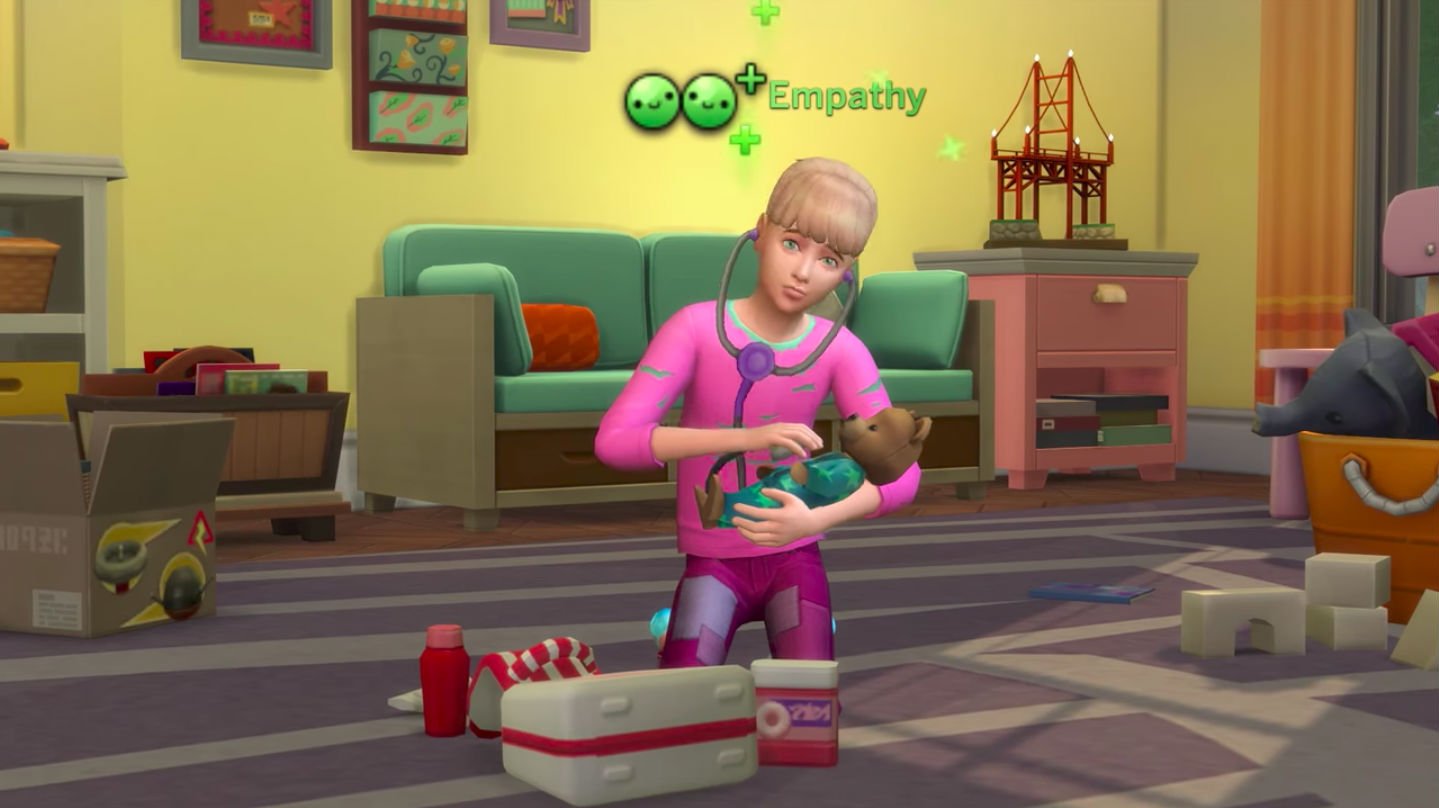 Of course, there’s new content to be found in the building mode and the create-a-sim menus as well, and each piece further builds on those themes of individuality and homemaking set forth by Parenthood‘s new mechanics. The decorative stuff is especially nice in this pack if you’re interested in finding ways to make a sim’s house look less pristine and more like a chaotic family home.

While other game packs for The Sims 4 introduced new gameplay elements into the mix, The Sims 4: Parenthood sets out to enhance existing parts of the core Sims experience and does so in a way that meshes surprisingly well with what was already there. If the next few game packs and expansions can manage to do the same, The Sims 4 might be able to live up to the standards set by past games in the series.