Care for a game of juice pong?

The Sims 3: University Life is expansion pack number nine for The Sims 3, and it’s essentially a re-hash of the University expansion for The Sims 2. If you decided today you wanted to start playing The Sims 3 and get all of the expansions, you would have to spend around $449.82. That’s insane and it makes getting all of the content for the game almost impossible.

At this point in the game’s life, I can’t expect anyone to own all of the expansions available, so what makes University Life stand out from the rest? Out of the eight other forty-dollar packs you can buy, what makes this one special? Not much, if you ask me. It’s not bad, but it’s not great either. 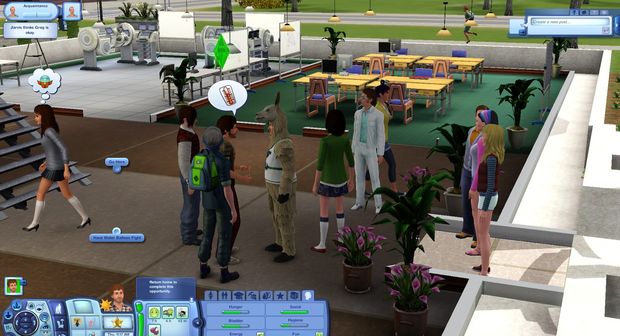 Any Sim that is a young adult or older can decide to go to college, and if they decide to go they will be transported out of the game’s main town into a separate town where the college exists. Once in the new college town area, Sims can either live in dorms, get their own apartment, or join a sorority or frat house. Living in close quarters with lots of other Sims can be a major pain, just like in real life, and now Sims can annoy their roommates to clean up after themselves.

The actual classes and studying function almost identical to current jobs and schooling that Sims can do in the regular game. Once a Sim earns enough credits to get a degree, they will be able to start out in their chosen career with a higher salary.

The most interesting addition is the introduction of social groups with the Jocks, Rebels, and Nerds. Jocks are sport-loving frat boys, Nerds are book lovers who enjoy reading comics, and Rebels are a weird hybrid of punk and hipster. Sims can gain popularity with these groups in order to make more friends and open up new career choices such as Sports Agent, Art Appraiser, or Video Game Developer.

There are a handful of new personality traits, my favorite being “Avante Garde” since it’s basically the hipster trait. Now your Sims can accuse their friends of selling out, drink organic beverages, flirt with the local Barista, complain about the mainstream, or enthuse about an obscure band. 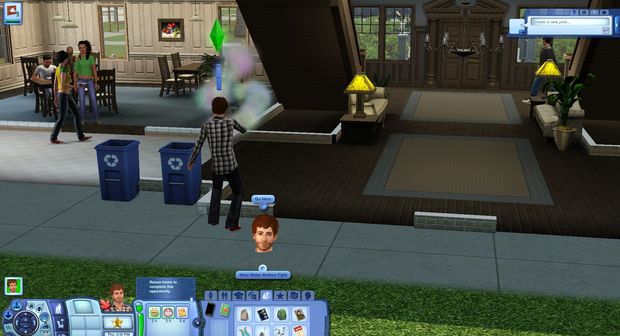 I love The Sims franchise, and this is a fun expansion, but it doesn’t feel like it’s worth $40 to me. I would think about spending $20 on it, but the cost of The Sims 3 has just gotten way out of hand. EA is really pushing the boundaries of reality if they are expecting fans of the game to continue to buy every expansion that comes out, especially when the expansions mostly contain stuff from earlier versions of the game.

University Life is decent on its own as an expansion, but when you stack it up against the other eight for The Sims 3 it really doesn’t jump out as being that special. It’s better than Seasons, but it’s not game-changing. If anything, this just serves as a sign that the series is getting long in the tooth, and EA needs to think about releasing a complete edition to make all of this stuff more accessible to more players.