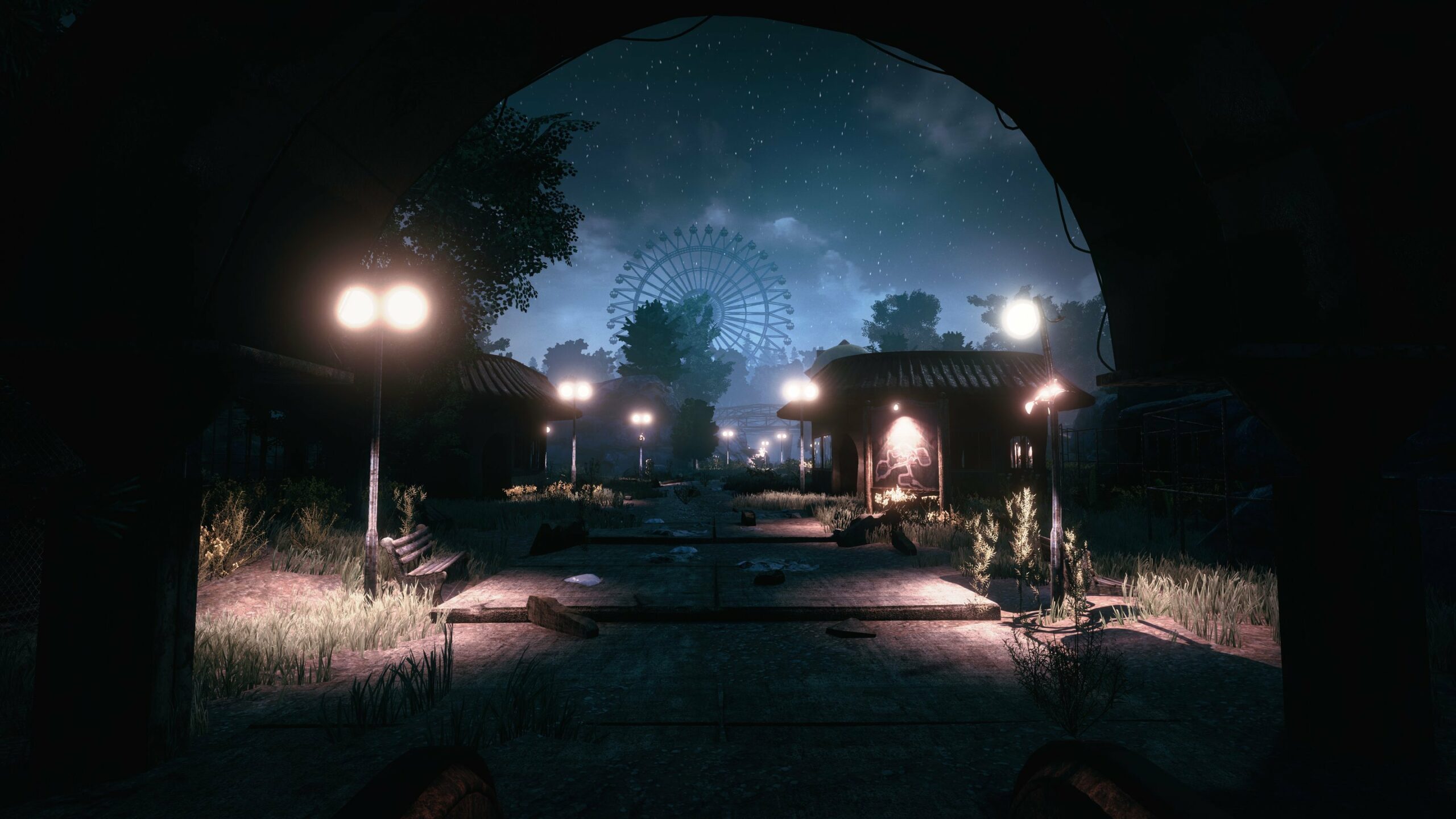 The “walking simulator” genre has thrived in recent years. With titles like Dear Esther and Gone Home hitting it off with audiences, it’s no wonder the “adventure lite” (as I call it) market is influencing new experiences.

The Park is one such game. Headlined by Funcom and set in the same universe as The Secret World, it seeks to inject a bit of psychological horror to the formula, with mixed results.

At a base level, The Park seems to be about a mother and her lost child, but it crescendos into much more than that. Yes, this is a walking simulator alright, with limited amounts of items to inspect, and no inventory management. You’ll traipse around, hear some monologues, learn more about the characters and the park itself, and essentially watch a film play out with some degree of interactivity.

It’s more involved than your average title, as you can ride the rides in the park (a Ferris wheel, rollercoaster, and the like), and look around at your surroundings while doing so. There’s also a decent amount of lore-building involved, and not just because of the Lovecraftian themes that are intertwined with the Funcom-verse. I actually enjoyed reading tidbits about various incidents at the park, and how they involve the cast.

While the park itself is cool, the exposition starts off a little stilted. The script is incredibly flowery with its opening monologues, and doesn’t give you any real reason to care about the cast. It’s almost like watching an amateur poetry hour at times, and there was a point where I rolled my mind’s eye at some of the lines. Slowly but surely though, The Park spirals into a tale of depression, with some light adult themes. It gets better, darker, and examines mental illness in a rather unique way.

As far as the presentation goes, in some ways, it would have been better as a short film. The Park might feature a sprawling setting, but a lot of it consists of filler. There are long paths that essentially function as loading screens. The Park isn’t going to wow anyone from a visual standpoint, but the effects involved are cool-looking, invoking a perspective that is slowly losing grip on reality. Without spoiling anything, it kind of reminded me of the film The Babadook.

If you’re looking for pure horror, maybe go elsewhere. The Park isn’t a “survival” game nor is it going for scares — there’s only one portion that provides that feeling, in fact. Instead, the narrative attempts a more disturbing tone, with realistic and relatable problems told through the veil of a creepy theme park.

I don’t want to give away too much as The Park is only an hour long, but I admire Funcom’s effort with this experimental take on the genre. It really does try something different, even if you can feel the core themes sneaking up on you a mile away.