The latest game from Runaway creators Pendulo Studios is a throwback to a bygone era in more ways than one. It’s a classic point-and-click adventure game in the tradition of the glory days of the ’90s. It’s also a bit of a reimagined version of Pendulo’s 1997 adventure Hollywood Monsters.

And to top it off, it’s a tribute to American popular culture and specifically the Golden Age of Hollywood. But this time it’s a Hollywood where actual monsters star in the movies. 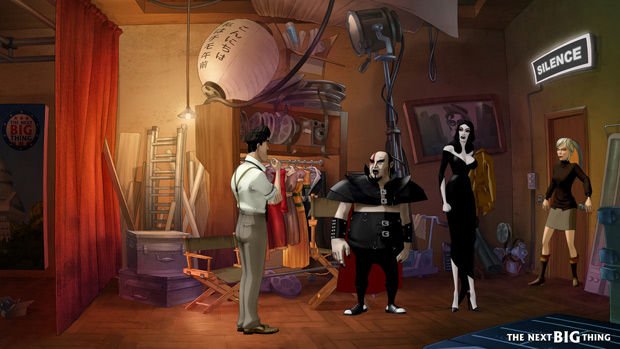 The Next BIG Thing weaves a story centered around the seemingly brain-damaged Liz Allaire — a young and intrepid reporter — and the arrogant and self-destructive sports reporter Dan Murray. After getting ready to depart from a Hollywood party, Liz catches a strange and famous intruder sneaking into the private office of William A. FitzRandolph — the half-monster mogul of Tinsel Town.

Of course, not everything is as it seems, and the duo finds itself adventuring through six chapters that cover a wide range of sometimes crazy locales. Crazy is really the key word for this game as its alternate universe not only has monster actors but also robots, venus fly trap dogs, and a mutant fly scientist who does experiments with teleportation pods. For all its craziness, everything does make sense within the game’s universe, and manages to feel slightly off-kilter without becoming alien.

Liz Allaire is very likable as the female protagonist, but she has an unhealthy obsession with refrigerators and for some reason can finish other peoples’ sentences while they are speaking them. The game never explains why, and perhaps that’s for the best. Dan Murray, on the other hand, does his ’40s Hollywood “I’m a dick but you love me for it” thing, but as a result he feels like more of a side character when matched with the bristling Liz. 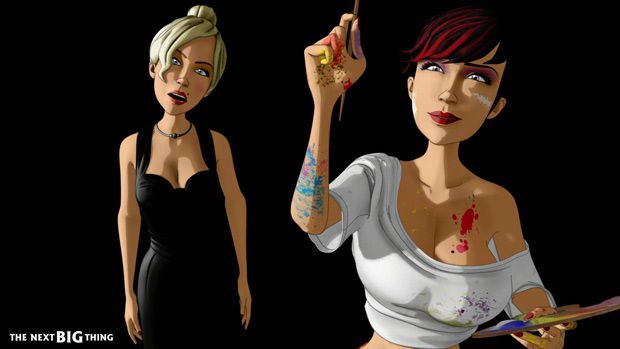 A nice touch is that The Next BIG Thing provides different clue options for when you get stuck, although you choose these options when you start the game and it’s impossible to turn them back on if you do get stuck later on.

Hotspots highlight all the interactive elements in any location, and Help lets a narrator give you a hint about what to do. You could play the game without clues on the hard difficulty setting but if you ever get stuck and don’t want to resort to a walkthrough, you’ll just end up continuously mousing over rooms in a pattern and using every object on everything.

Not that you’ll often need the hint options though, as the puzzles make some sense for the most part. With the exception of a few ridiculous puzzles, one of which involves hieroglyphs where the hint only makes sense after you finally get past it, most of them are pretty easy if you can get into the adventure-games mindset. There are no “turtle” puzzles like in The Dig, but if you’re a seasoned adventure gamer then you won’t have too much trouble solving the vast majority of them. 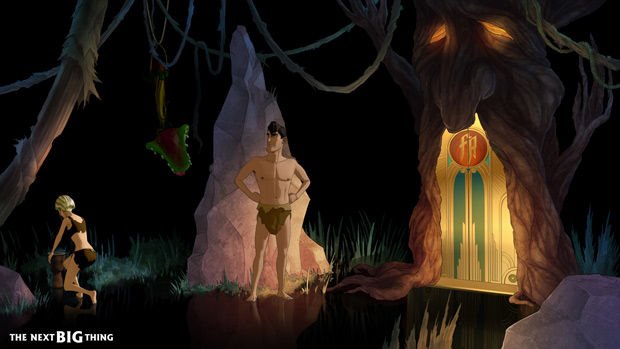 The game features some really great graphics and animation on the whole, with nods to classic Hollywood movies and contemporary pop culture jokes spread throughout the game’s art as well as in the writing. It all looks great, although the lip synching doesn’t always match up well for human characters when you’re in-game — perhaps a result of localization. Thankfully, most characters are not human.

The Next BIG Thing offers a menu that cuts up every location into a selection of goals that are introduced and wrapped up by an ever-present narrator, and through this system it tells you what the main objectives are. It works quite well, but the story sometimes makes jumps between scenes that make you wonder why you weren’t just allowed to play them.

Throughout Liz and Dan’s journey, their characters grow a fair amount, and you’ll end up liking and remembering both of them despite their personal faults. Even the game’s side characters, like Dr. Fly, the Poet of Pain — an ogre who needs fresh painful experiences to give him inspiration — and the little robot servants of Fitz Randolph make a unique and lasting impression for days after you finish it. 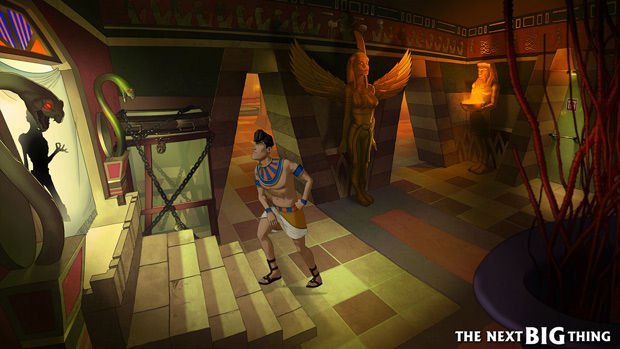 The story and humor are arguably the most important part of an adventure game, and The Next BIG Thing does the job well above average. It even made me laugh out loud at times and I can sit through an episode of Community or 30 Rock with a completely straight face. Yet it never quite reaches The Longest Journey levels of excellence or the feeling of exploration and mystery you got when playing The Fate of Atlantis.

Although the story is more than serviceable, it does tend to jump and skip all over the place. The aforementioned jumps between scenes would be forgivable if the story on the whole was well-structured. But it sometimes drags in places where it shouldn’t and goes through other locations at a fast pace where you would’ve liked to spend more time.

For some reason, the game froze twice on me as well, which forced me to replay a couple of hours worth of puzzling because the auto-saves didn’t function for me at all. Of course, when you do know what to do you can make up for it in minutes because it’s an adventure game. But it rubs the lack of replayability in your face, as there is always only one way to progress and there are no alternate endings or solutions to puzzles. 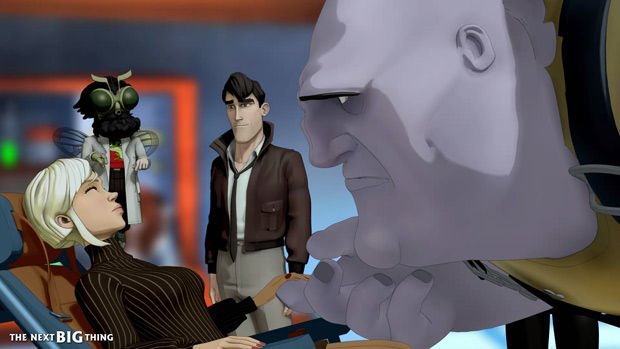 Despite the few frustrations and far-fetched puzzles that made me pull my hair out, I ended up being charmed by The Next BIG Thing. The quality animation, voice acting, and especially all the references to movie material from the past century more than made up for the annoyances. Having said that, it helps if you are a fan of zany adventure games and Hollywood cinema as it transcends the experience from playing a decent adventure game to playing a good one.

In the spirit of the crazy adventures of Liz and Dan, the game’s retail price varies wildly between regions despite Pendulo’s European roots. We’re used to paying more than the U.S. for games in Europe, but the European retail price is simply ridiculous compared to the U.S. and UK prices. As it’s a 6+ hour game with little to no replayability, you might want to look around for better prices if you live in Europe — some UK online stores stock it for a very reasonable £18, for instance.

For all its shortcomings and curious pricing scheme, it’s still a game that you can reflect on with positive feelings. The Next BIG Thing contains plenty of charm and spirit in both its writing and superb animation, and while it’s a somewhat flawed game overall, it’s still a game that fans of the genre should give a look. For the right price, that is.