We aren’t, all of us, brimming with confidence about ourselves, our choices, and the narrative we’ve written in our short time here on Earth. I’ve been here the best part of four decades and I can honestly tell you that I’m still not completely confident in who I am, what I want, and the route I’ve taken to get to this point. I know I’ve taken lefts where I should have gone right, and that I have flaws that are likely irreparable. All I can do is my best to stay the course I’ve started, writing my own fate as best I can, day by day.

The latest title from gaming auteur Hidetaka Suehiro – better known to his fans as “Swery” – takes some of the darkest struggles faced by many people, particularly the young, and twists them together in an intense, atmospheric, and very creepy puzzle-platformer. At first glance, it’s easy to dismiss The Missing as a knockoff of Playdead’s 2010 hit Limbo, and while the comparison is more than fair, this particular jaunt through the woods becomes memorable in its own evocative way. 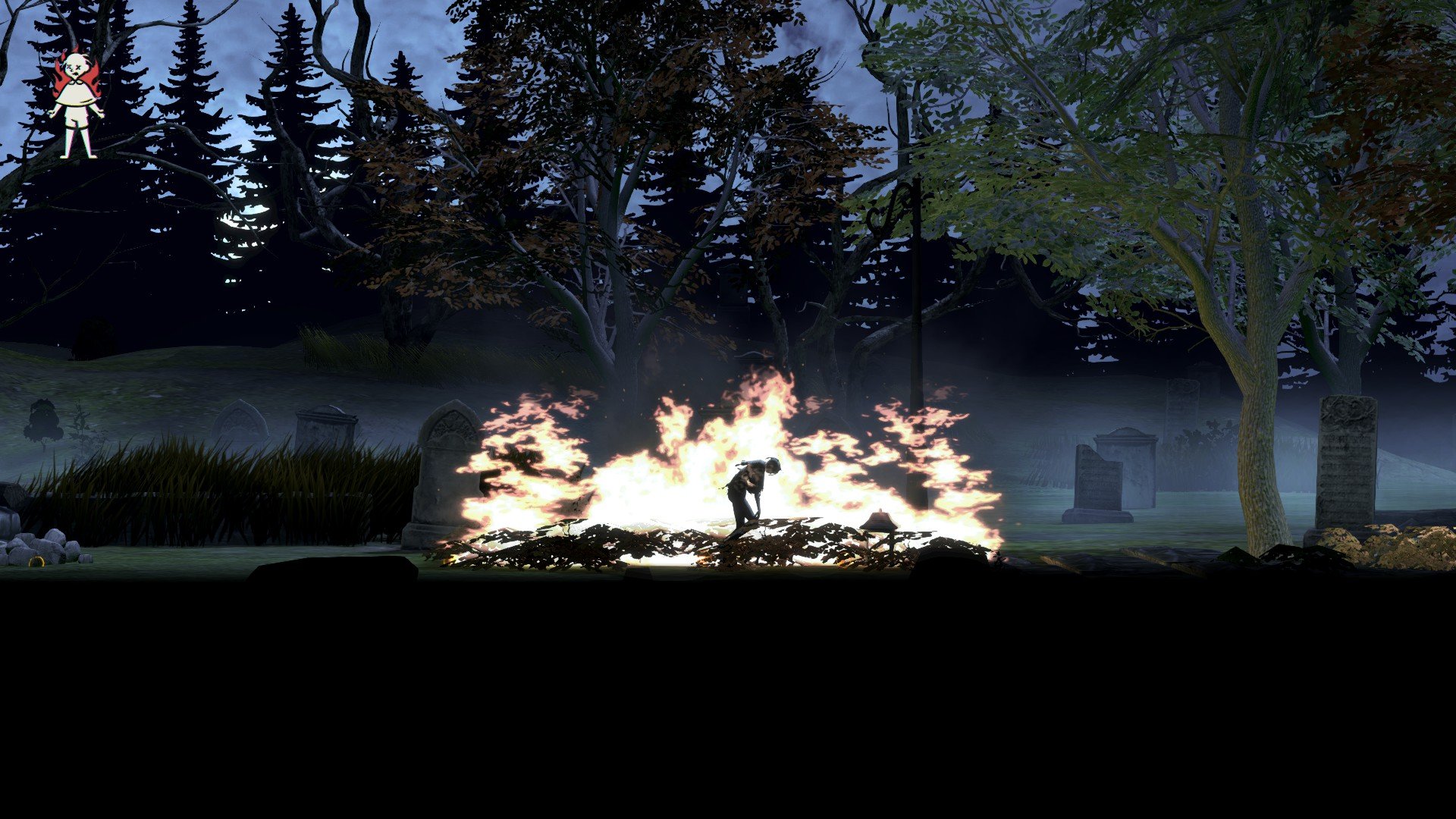 Opening with the positive statement “This game was made with the belief that nobody is wrong for being what they are” only to follow with “This game contains explicit content, including extreme violence, sexual topics and depictions of suicide,” The Missing: J.J. Macfield and the Island of Memories immediately sets out to inform the player to buckle up for a bleak tale of friendships, relationships, and the desire to find your place in the world.

The initial premise sees college student J.J. Macfield and her naive bestie Emily camping out on a woodland island. Separated after an awkward moment by the campfire, J.J. awakens to discover a violent storm brewing, with Emily nowhere to be seen. Players pick up immediately from this point, guiding J.J. across the “Isla Memoria,” trekking through a variety of locations, attempting to track down her missing friend and make some sense of the strange otherworldly horrors that cross her path on a journey into the darkest of nights.

Often compared to Limbo, and with good cause, The Missing follows the same premise of guiding a single character, left to right, through a singular but evolving location, constantly fearing a possible death-trap in every shadow. However, very unlike Limbo, there is little-to-no trial and error, with the game rarely leaving you feeling like you were “tricked” into dying. The Missing is light on action but heavy on atmosphere, with muted palettes, layered shadows, and twilight moonbeams bearing down on J.J.’s beautifully animated sprite, caught like a deer in the headlights. The Missing is simply dripping in dread and unease.

J.J. picks her way through a series of puzzle sequences, most of them physics-based, requiring the clever exploitation of a gruesome gimmick by which our hero can be torn asunder, but continue living. Whether using her limbs as counter-weights, rolling her disembodied head through small gaps, turning herself into a screaming inferno, or even turning the entire world literally upside down, J.J.’s self-mutilation is the key to her forward momentum, if she is ever to be reunited with her friend to the end.

Tirelessly treading through many symbols of classic Americana – an abandoned diner, a sawmill, a bowling alley, and a cathedral, among others – J.J. must gather a couple of hundred donuts, her favourite snack, which then unlock DM conversations from her past. These DMs introduce us to the relationships in J.J.’s life, slowly building the picture behind this bizarre situation. These conversations drip-feed us clues, backstory, and character plot-points, allowing to slowly understand the unhappy circumstances that have led to this ill-fated camping trip.

Though the story is slight, it is relevant and hard-going, ultimately leading to some very dark places. I personally found one of the later scenes in particular quite distressing, and the opening warning shouldn’t be taken lightly by those upset by such topics. As you may have guessed by now, I’m working hard to feed you as little as possible here. The less you know, the more effective the narrative will be. The Missing performs an abstract waltz around themes such as sexuality, bullying, self-harm, pride, broken dreams, and ignorant parents, eventually tying up its threads in an surreal, shocking finale. 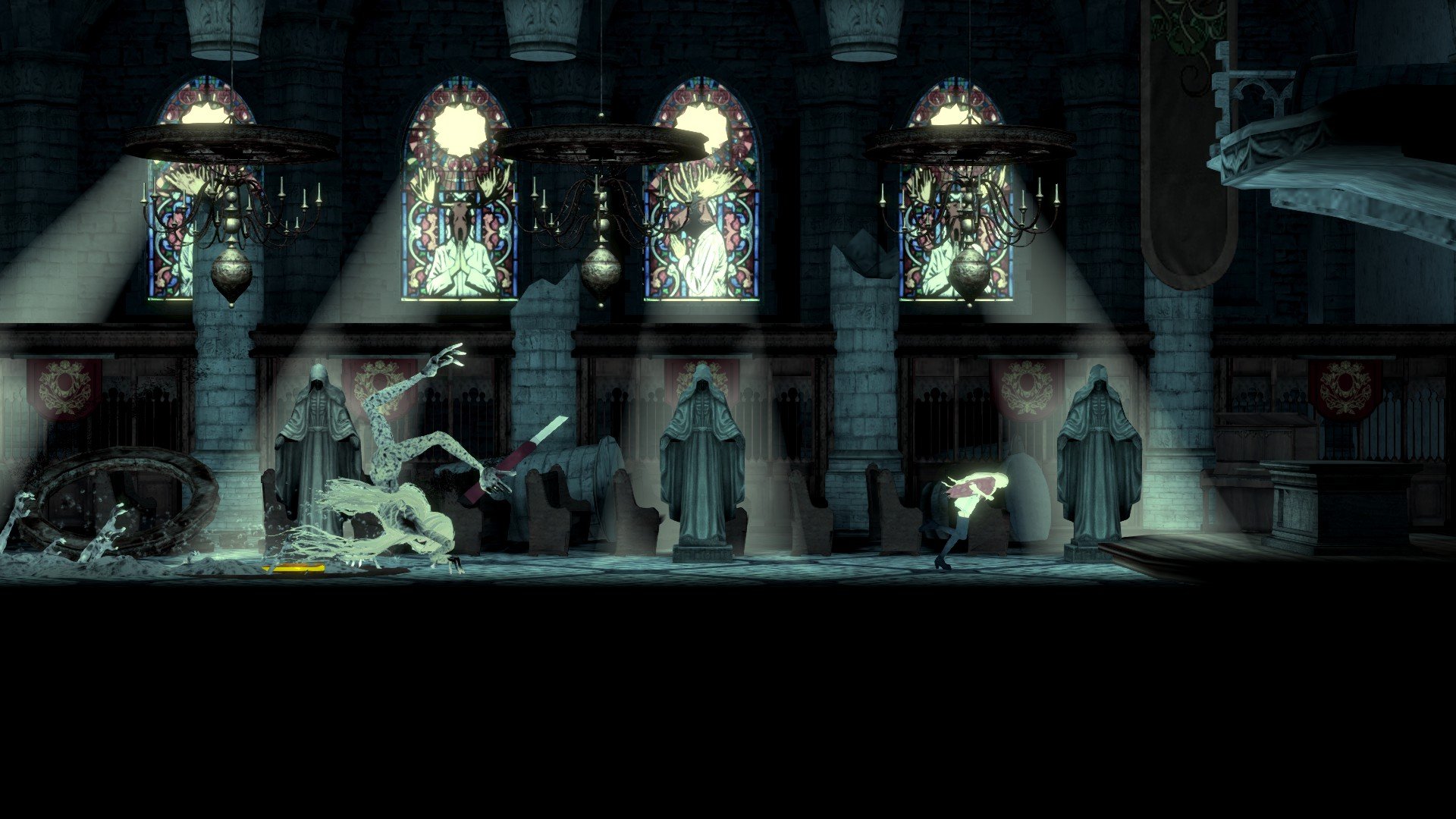 It isn’t a complete success. Swery borrows heavily from other sources. Influences from Twin Peaks, Limbo, and even Toy Story and Super Meat Boy occasionally feel a little too familiar. The Missing‘s use of Twin Peaks‘ famous “backwards talking” is also a misfire, a horror trope we’ve seen way too often. J.J.’s dialogue – crucial to the game’s drama – is hit-and-miss, perfect at some points, and poorly performed in others, which is possibly the only real letdown, story-wise.

A single playthrough will take you around six hours, although this does unlock new costumes, cheats, and some great concept artwork. (Plus there’s all those hidden donuts to find.) But the game’s price tag of thirty bucks definitely feels at least 10 dollars too much. You could wait for a sale, but by then J.J. and Emily’s secrets might already be out there in the wild. I guess it depends on your personal idea of value. 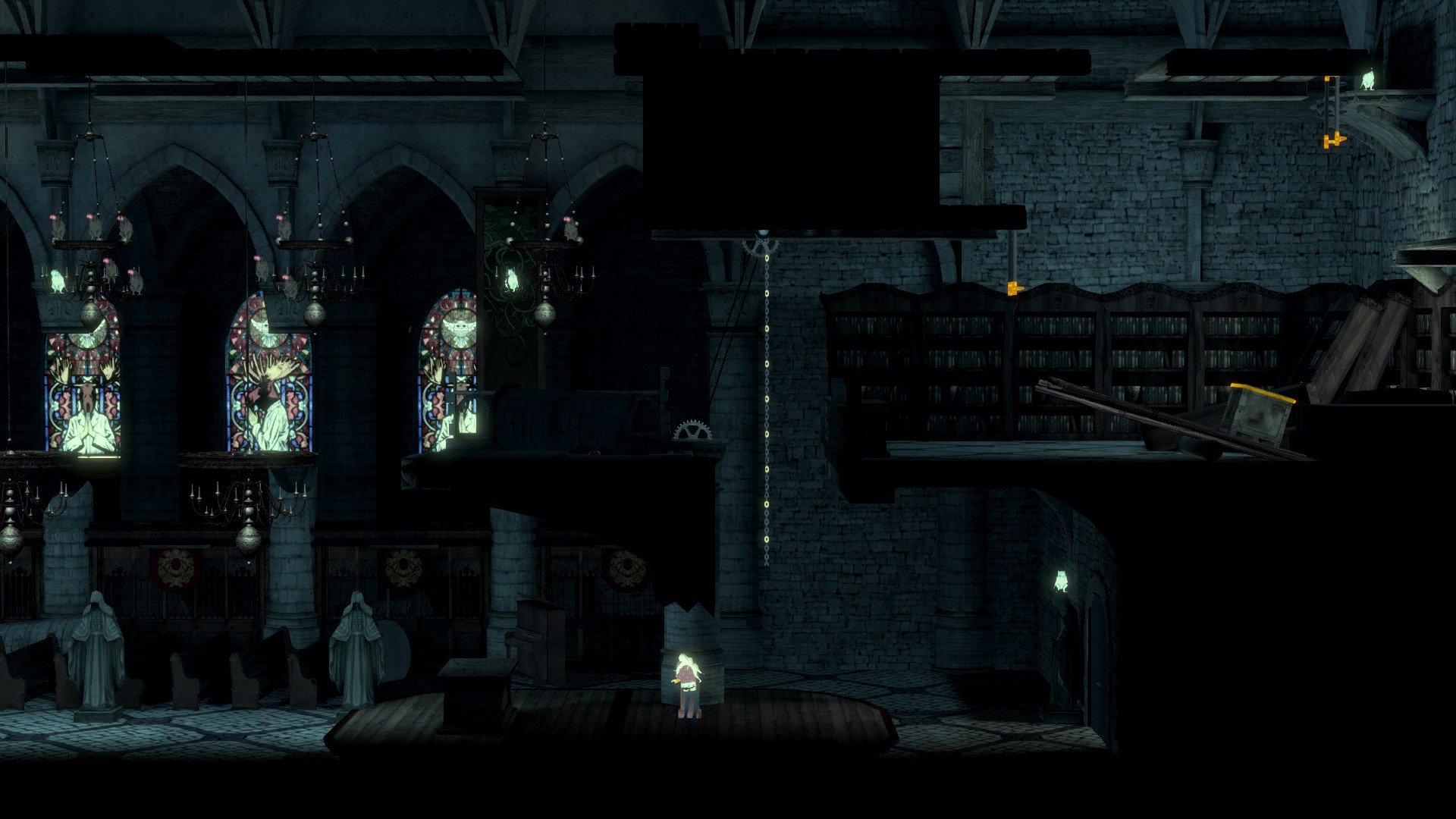 The Missing is a deeply atmospheric adventure featuring gorgeous animation, affecting visuals, and stomach-churning sound effects, let down only by its so-so voice acting. Brave, subtle, and at times cruel, I for one “enjoyed” my time with the game, even though I found some of it uncomfortably relevant to chapters of my own life. Then again, maybe that’s why it appealed to me.

The Missing: J.J. Macfield and the Island of Memories, is a short, dark trip through the nightmare of youth; growing up, discovering yourself, and existing in a society that rarely understands. Sure to be a divisive title among players, there are those who will find The Missing overpriced, earnest and melodramatic, while others will be taken by its surrealist story of undying friendship, ironically becoming an indelible memory to those who dare to experience it.