The Switch’s best indie yet

Sabotage Studio’s The Messenger is a visually striking game that at a quick glance you might shrug off as yet another quick grab at our nostalgia. While my nostalgia heartstrings were tugged at significantly during my playthrough, it’s safe to say this is a cut above the rest.

The Messenger pulls from the legacy of Ninja Gaiden as well as the classic metroidvanias of Nintendo’s golden age, and it’s one of the best experiences I’ve had on my Switch to date. 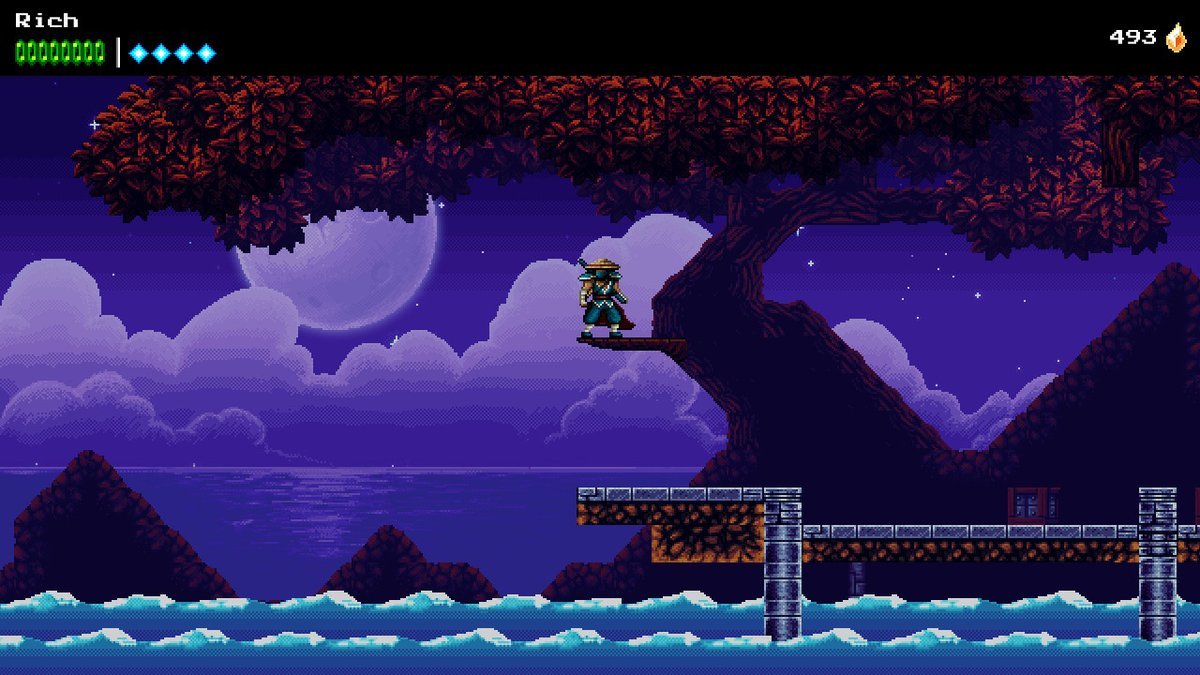 The Messenger doesn’t waste time with too much exposition before getting you into the action. An ancient demon comes to destroy your peaceful ninja village, and as the only survivor, you’re tasked with traveling east to deliver an ancient scroll.

From that point the plot is straightforward: you travel across a few linear levels upgrading equipment and exchanging banter with a mysterious shopkeeper while fighting off some baddies who want you dead so they can take the aforementioned scroll.

It isn’t until about two or three hours in (depending on how much trouble those baddies give you) that something doesn’t seem right. It looks like you’re on the final level, but it was almost too easy. It’s here The Messenger offers its big surprise. Your protagonist is sent forward in time, and the shift comes with a graphical update. 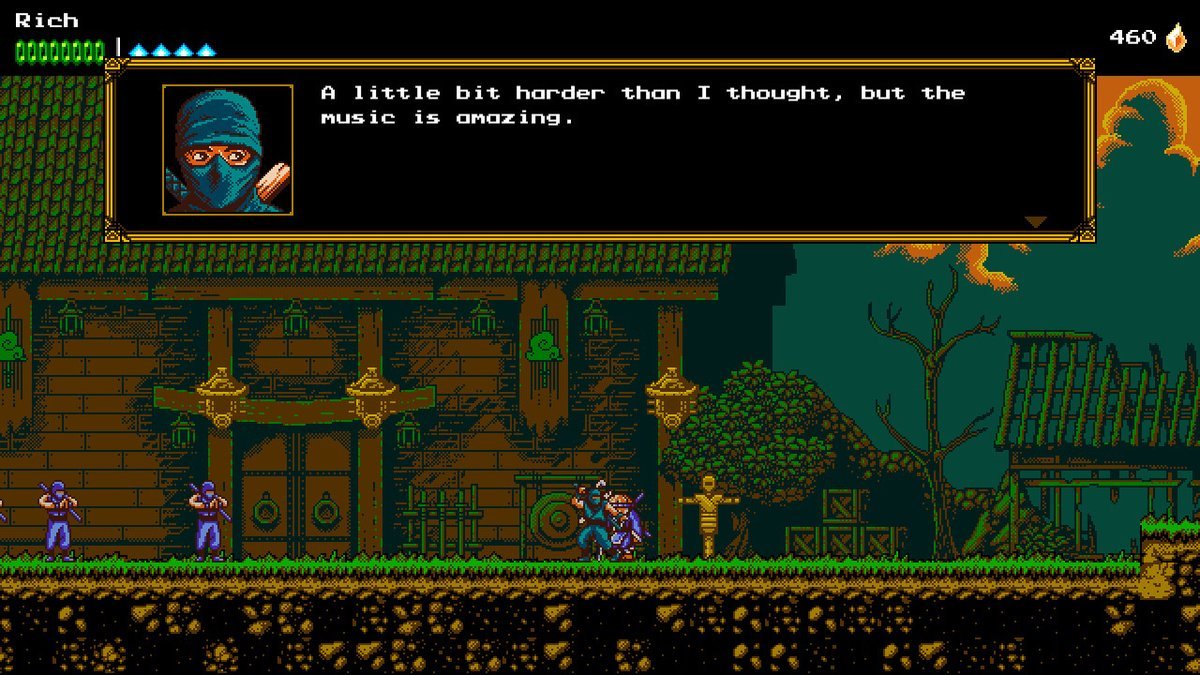 The future landscape has a stunning 16-bit style as opposed to the previous 8-bit aesthetic. Along with this comes a new look for our hero and changes both related to time and graphical capability for the levels you just completed. You can even hear new 16-bit versions of the fantastic soundtrack.

After exploring the future for a bit, our hero discovers he’s had a map this whole damn time. It’s now clear The Messenger isn’t a linear game, but an exploration-focused metroidvania in disguise. You’ll have to travel through rifts that have opened up, swapping between 8-bit and 16-bit eras to solve puzzles and unlock new areas to explore on the map all in an effort to break the demon’s curse.

On your journey, you’ll be able to spend shards you collect in the environment to upgrade your abilities. You can add health, and magic power, or enhance existing abilities like cloud step, the skill that allows the player character to get a second jump by striking certain objects with his sword. You’ll automatically pick up abilities like the rope dart and squirrel suit along the way as these are necessary to proceed. 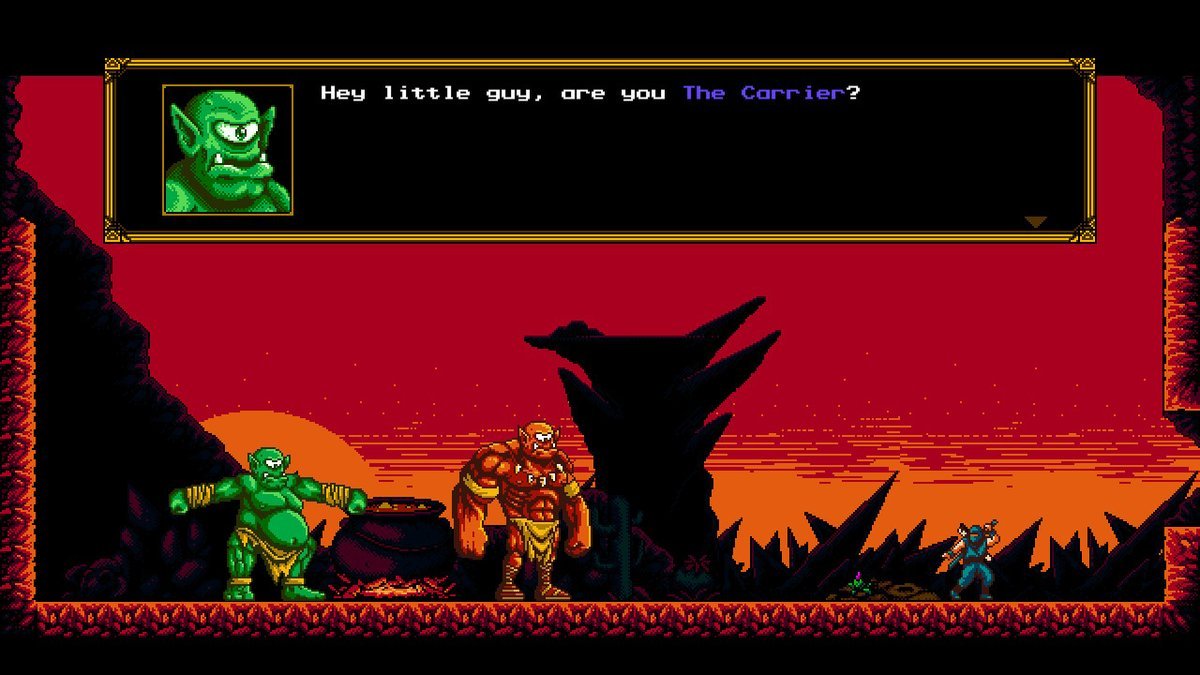 The controls feel tight and responsive, even in handheld mode on the Switch’s tiny Joy-Con. I was able to make my ninja leap from platform to platform with ease. The speed with which you can move through the levels cutting down enemies once you have a good handle on using all your upgrades in tandem is incredibly satisfying.

While The Messenger is for sure an homage to those old Nintendo games, it cuts out some of the stuff that sucked about them. There’s plenty of room to breathe, for one. I never felt entirely overwhelmed with enemies or projectiles. The platforming also feels great — it’s precision-based, but you won’t be gambling on things like blind jumps.

If you’re looking for strong writing, all of the character interactions are reasonably clever and self-aware. Most of the bosses end up looking like complete fools like a pint-sized sorcerer and a confused rock monster. The bulk of the witty chatting comes from the shopkeeper, and if you’re willing to hang around, he has plenty to say. 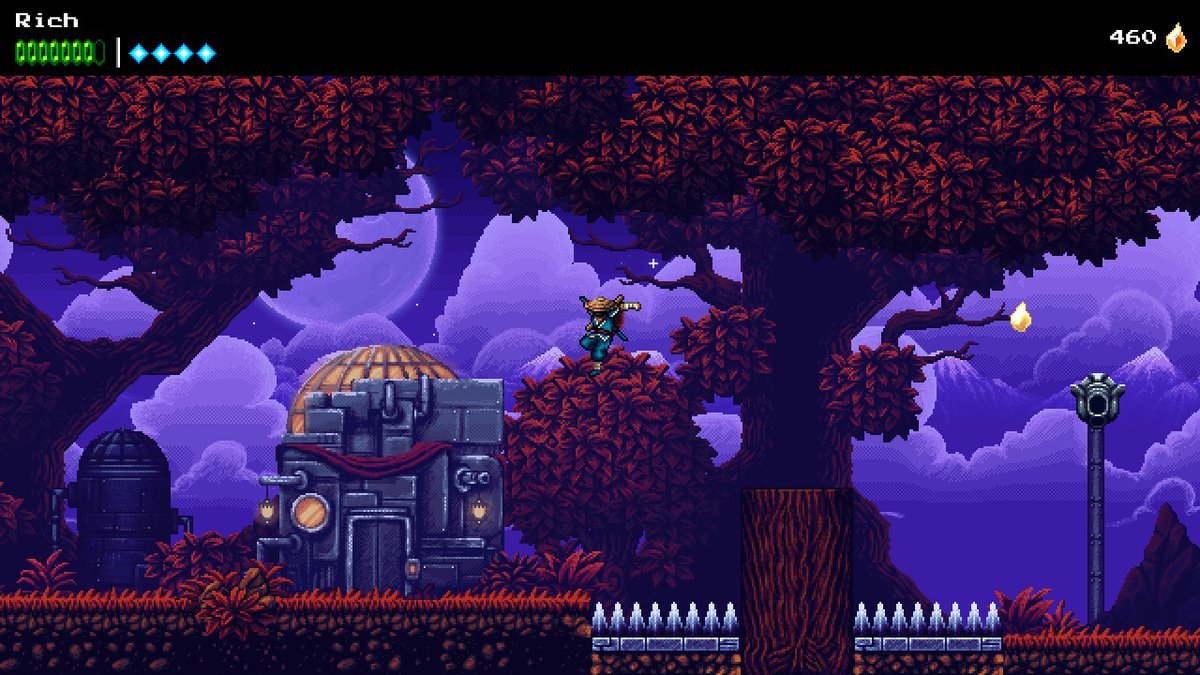 The Messenger trades in the idea of an antiquated life system for a demon who charges for saving your ass. He can bring you back from the brink indefinitely, but he’ll stick around to steal any shards you grab for a while afterward. He also isn’t above making fun of you for dying an absurd amount of times.

You might want to get used to seeing that little guy as there is plenty of dying to be had here. Thankfully, I never had a controller-throwing moment. Whenever I was taken out, it was due to a poor snap judgment on my end, or just losing out to one of the more acrobatically focused boss fights.

The Messenger is without a doubt one of the best indies available on the Switch right now. It has a lot of competition with the sudden sea of metroidvania games available, but its stunning look, fantastic soundtrack, and clever writing coupled with the amazing gameplay put it a step above the rest. When I walk away from a game every night only wanting to play more, there’s little to complain about.