The littlest acre, that’s who

Years before I talked my dad into letting me play his copy of Grand Theft Auto III, I remember first being introduced to video games through adventure games. The stuff I played back then was just simple Sierra Entertainment titles like Pepper’s Adventures in Time and Mixed Up Fairytales. Had it been released in the 1990s, I could easily see Pewter Studios’ The Little Acre becoming a fondly remembered game from my childhood.

Even so, as a game released well after most of our childhoods have ended, it’s hard to look at The Little Acre without being reminded of games and shows from decades past. The unique and legitimately stunning hand-drawn environments call back memories from a time when that kind of thing was more common. But while the The Little Acre is beautiful and brimming with mystery, the game itself falls just short of taking full advantage of its gorgeous world. 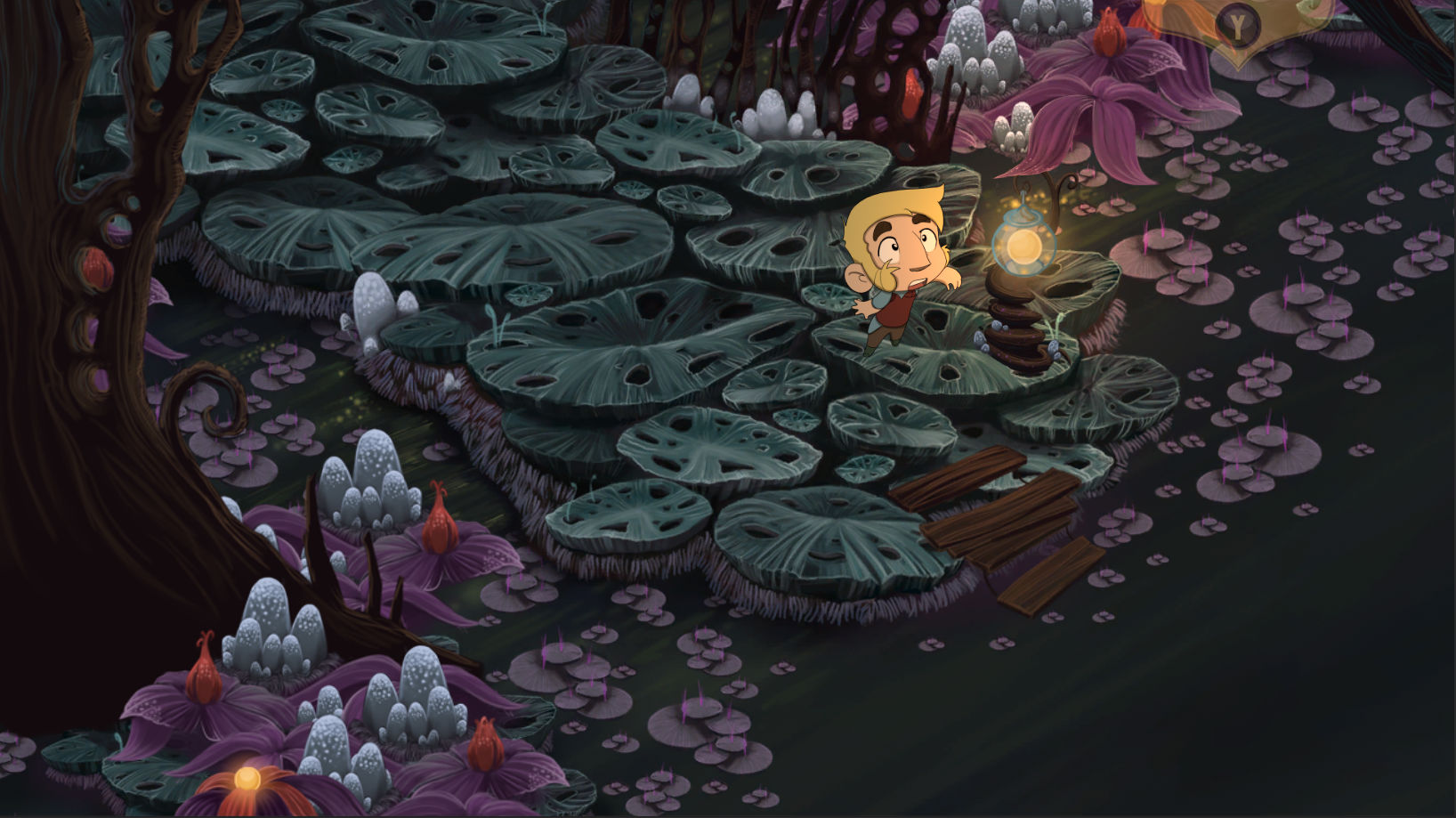 Throughout the adventure you’ll take control of both Aidan and his daughter Lily as they try to unravel what happened to Aidan’s missing father. The player first explores the family’s small cottage home and completes a few classic point-and-click puzzles as Aidan, and then later does the same as Lily after waking up to find that her own father is nowhere to be found.

There are a couple times in the game like this; where you’ll explore a room as one character and revisit it later on as the other. Both Aidan and Lily have their own way of looking at the world, and the subtle moments where those differences shine through are what give The Little Acre its charm.

It’s impossible to play this game and not fall in love with Lily’s antics. While her dad’s adventurous spirit has been weathered by the harsh realities of life, Lily has none of that to hold her down. She’s an unstoppable whirlwind of curiosity and imagination, which makes every moment spent exploring the world through her eyes magical.

As a point-and-click adventure game, the gameplay in The Little Acre is fairly straightforward. For the most part, you’ll take direct control of Aiden or Lily and navigate through the hand-drawn environments to examine objects, pick up items, and solve the various puzzles scattered throughout.

Depending on the situation, the left joystick will either move the character or control the cursor while using or combining objects. While walking about, button prompts appear over examinable objects as you approach them. For the most part, this does a good job of bringing controls that are typically more at home on PC to consoles. 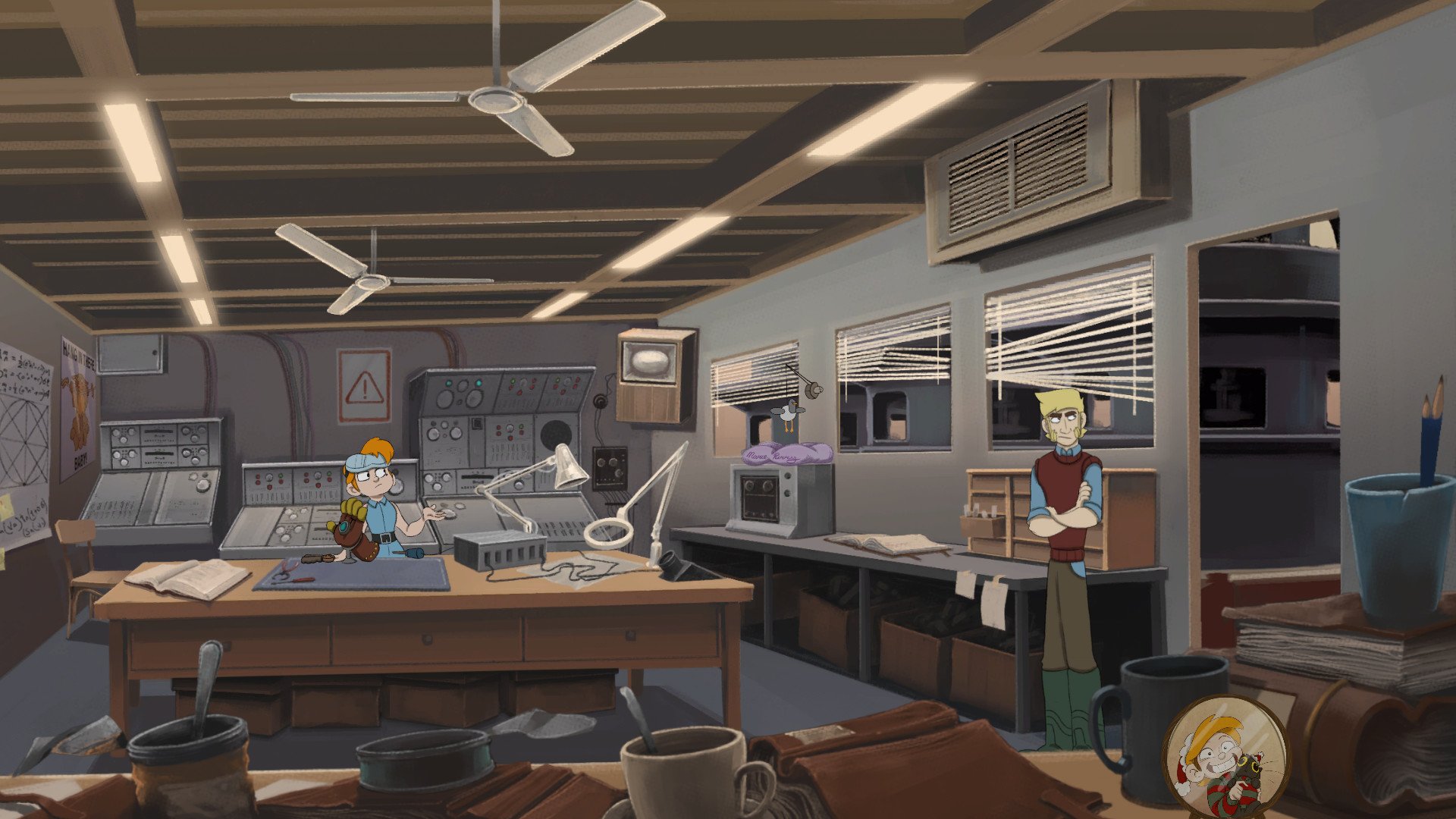 But there are several times throughout the game where the point-and-click control scheme is clearly more suited to playing with a mouse rather than with a controller like Xbox One and PS4 players would use. One of the more challenging puzzles required me to grab an object from one location, walk across the room, then open my inventory, and quickly use the object again before a short timer ran out.

This puzzle was ultimately only difficult because, as someone playing on a controller, I was at the mercy of a joystick-controlled cursor that was both slow moving and defaulted to the center of the screen when using an object from the inventory. I was able to get the timing right after several failed attempts, but fighting against the controls more or less robbed that moment of the satisfaction players should feel when completing a trickier portion of a game.

Outside of the small battle I fought against the PS4 controller, there really isn’t a lot of difficulty to The Little Acre. This is both a compliment and detriment to the game. One one hand, puzzles are straightforward. Items, the environment, and dialogue work together to make sure that you’re never stumped to the point of frustration. The Little Acre makes a point to never clog your inventory with useless items or with things acquired early game that serve a late-game purpose. 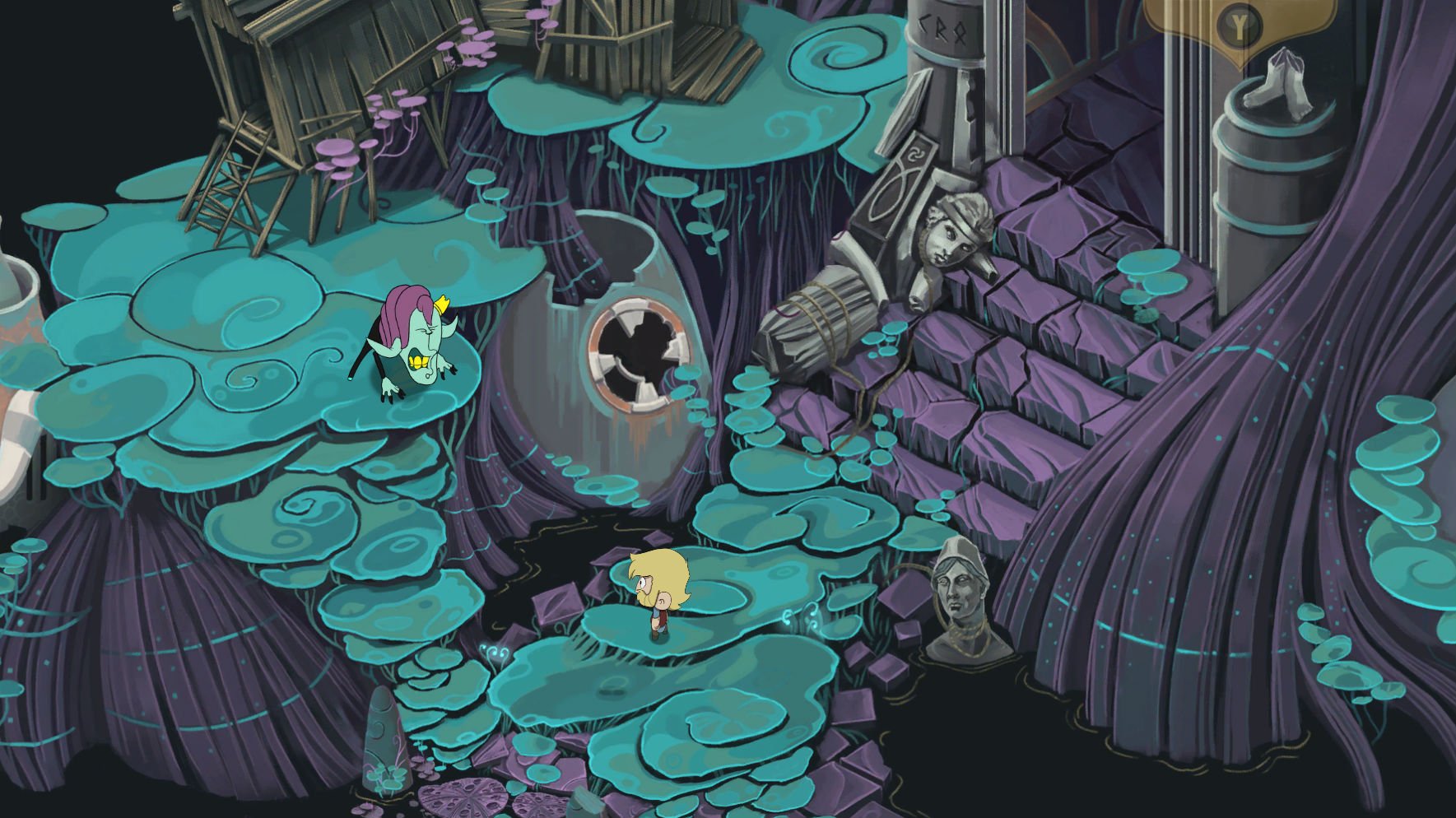 At the same time, a little extra challenge would’ve brought this charming little game to a new level. But don’t get me wrong; for what it is, The Little Acre is an enjoyable game. I’m not saying every game needs to be the Dark Souls of its genre, but the later portions of the game could have benefited from more complex puzzles. The best part of any game is that moment where you feel like you’ve accomplished something, and The Little Acre was desperately missing these moments.

That lack of difficulty contributed to my least favorite thing about the game: its length. I still I felt like it had more to offer when the credits started to roll. After being booted to the main menu, I selected the option to ‘Continue’ hoping I’d be brought to the next chapter of the game, but instead I just loaded into the checkpoint at the game’s finale. While the lack of difficulty easily contributed to a missing sense of finality, I can’t fault The Little Acre too much for its length. 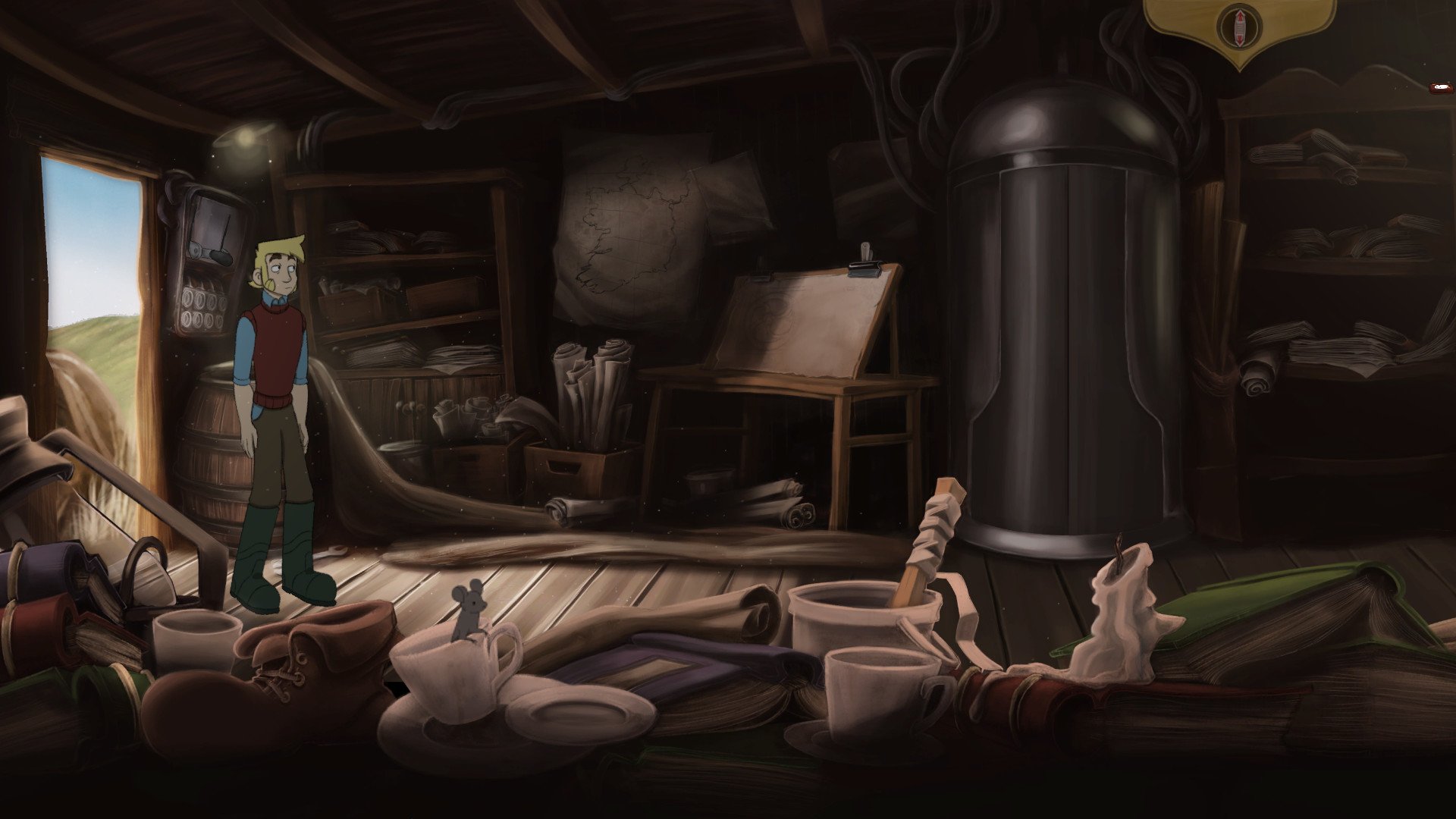 This bite-sized adventure game can be easily be completed in less than two hours, and I’d honestly recommend playing it in one sitting if at all possible. While there are a few quick scenes that feel a tad short, the overall pacing is nearly perfect. The team at Pewter Games packed a lot of personality into this short game, and did so without it feeling rushed.

The hand-drawn visuals and endearing cast of characters makes for a short, nostalgic play that I could easily see appealing to parents or young children just starting to explore video games. And while I would’ve loved to see more of the world that Aidan and Lily inhabit, on its own, The Little Acre is an enjoyable game that ultimately still functions as a shorter experience.