When The Last Express was first released in 1997, it was considered an incredibly engaging mystery set on the Orient Express as it traveled from Paris to Constantinople on the eve of World War I.

In many ways the game was far ahead of its time, but what really pushed it ahead of its peers (and even some current-day titles) was the way it progressed through real time as you tried to solve a murder mystery among a diverse set of characters with varying nationalities and motives. However, The Last Express was also a commercial flop when it actually released and was soon forgotten by the gaming culture at large despite its brilliance.

Last month, an iOS port was released, and I finally had a chance to play through this endearing game for myself and truly understand why it was such a critical darling. I just wish the finicky touch controls didn’t keep impeding my immersion and enjoyment. 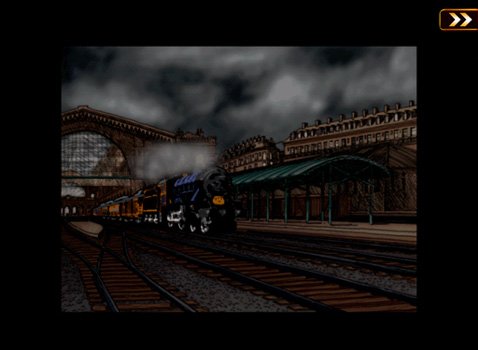 In The Last Express, you take on the role of Robert Cath, an American adventurer who is dashingly handsome, fluent in various languages, and burdened with a questionable criminal past. In many ways, Cath fits into the Indiana Jones archetype — even to the point that in one very Indiana Jones-ish combat scenario I could’ve sworn I heard the Wilhelm scream as an enemy died.

Cath boards the Orient Express as an unknown, sneaking onto the train via motorcycle and quickly discovering that the friend he was expecting to rendezvous with has instead met his own mysterious demise. The game quickly sets you off onto a sort of choose-your-own-adventure, where you find yourself wandering the various corridors of the train and becoming either a passive or active participant of the events taking place around you.

Even when playing casually on an iOS device, The Last Express will easily draw you into its immersive and self-contained universe. Characters pass by in narrow hallways, giving you a look and their pardon as they pass. People mill about in their rooms or in the restaurant car. And at various times you can eavesdrop on their conversations or actively become part of them.

Of course, you don’t actually have options as to what you will say — Cath as a character is pretty self-assured and needs no help from our fourth-wall prodding — though your choice to engage in conversations or ignore key characters will have a direct effect on your playthrough.

The graphics are incredibly simplistic and the animations aren’t even full-frame at times. Somehow, this simplicity is actually to the game’s benefit. As you move about the train and watch characters interact, movements and gestures seem incredibly lifelike because of their familiarity — it sort of feels like watching a simplified Renoir come to life. I know this sounds a bit pretentious, but I was honestly surprised by how such basic palettes and colors could tell such a deep and at times even emotional narrative.

Normally, games that contain a murder mystery plot with overarching political intrigue really bore the shit out of me, but where The Last Express succeeds is in truly putting you in the moment. Every minute that passes is another minute towards your last destination, after all, and that final stopping place may change with your decisions from moment to moment. I can honestly say I have never felt the immediacy of my surroundings and actions in the same way as I did while playing through The Last Express. In one playthrough you may develop a love interest, help to defuse conflicts both petty and political, and develop alliances and enemies with various key players onboard.

Granted, even though there are multiple ways to end the game, it seems that there is only one true sequence of events that leads to the “good” ending. Honestly, though, I’d be hard pressed to call any of the endings “happy.”

I’ve spent a lot of time gushing about the game itself — I admittedly missed this gem the first time around, so it was exciting to play it in whatever format was available. However, the particular platform it’s been released on has some incredibly frustrating issues, and I can’t brand the game with a glowing review without considering the worthiness of it as a port. 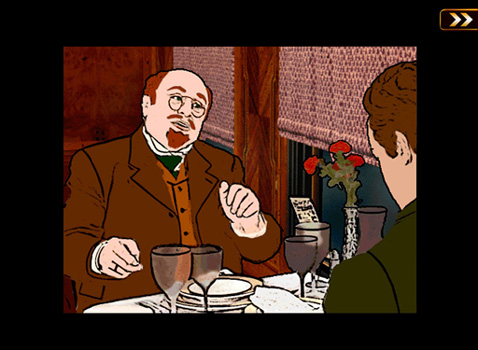 Touch sensitivity is a tricky beast for games ported to iOS, though successfully ported point-and-click adventure games have certainly come to mobile devices before. In complete honesty, I simply can’t consider The Last Express among them. This may change with an update down the line, but as of now the game has an incredibly finicky touch control system.

I played The Last Express on a 3rd generation iPad and found myself practically fighting with the controls at nearly every juncture. Icons on the screeen represent directions for your character to turn, though they could have been wingdings for all of the worth they had in actually getting my character to move properly. If I pressed on the button signifying “right,” half the time the game would do the exact opposite. Pressing the button to move forward one frame would often send my character into a sprint, bypassing everything until the next traincar.

These controls were especially frustratung during combat sequences, which play as proto-QTEs where you have to press the right direction with proper timing to survive dangerous fights. I nearly gave up in frustration during one of the late game battles because of this system. It took not only proper timing but bashing on the on-screen directional arrows and hoping they registered with the intended move.

People often generally complain about touchscreen control and how awful it is for most mobile games. I argue stongly against this contention, as I have played so many awesome games with incredibly responsive controls that run the gamut from simple puzzle games (Ichi) to more complex adventure games like Swords & Sworcery that have the same familiar point-and-click interface. The Last Express falls on its face with the port’s touch implementation, and this is really a shame. While I certainly accepted a certain amount of archaic control scheme frustration, I was surprised at how little work it seemed was actually put into making sure the game worked — at least on an iPad. This was especially surprising given I was playing through on a device with ample screen space. 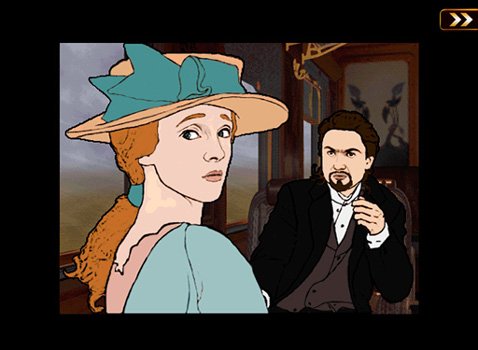 Fortunately, The Last Express does have a good checkpoint system that even allows you to rewind time and play from an earlier train stop if you failed or missed something along the way. I suppose this and the newly implemented hint system are the major saving graces of this frustrating port. In every other way, it remains faithful to the original — at least as far as I could surmise.

I’m torn on this game, as I would normally give a game of this scope and brilliance a perfect 10, but my constant fight with the controls really did mar my enjoyment. Perhaps it’s because the game is supposed to be playable on both iPad and iPhone, though from others’ responses I’ve noticed it really only works on a smaller device.

At the end of the day, I’d highly recommend picking up this relatively inexpensive version of The Last Express regardless, even if that means biting the bulllet with the control scheme and dealing with those frustrations. It’s a piece of videogame history and a shining example of what can be done to create an experience so much more immersive than the Heavy Rains of today. I just can’t rate the port as highly as I’d rate the core experience itself.