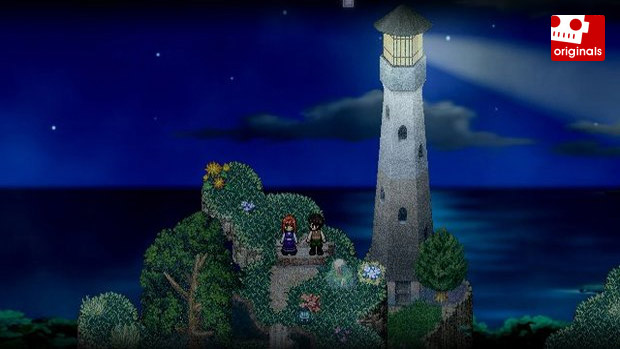 [That’s right, Indie Nation is back! Every so often, we’ll highlight some of the best independent games available.]

I know, I know. There has been next to no coverage of the indie adventure game To the Moon on this site. On behalf of everyone here at Destructoid, I’d like to apologize by making it the first featured game in the now-resurrected Indie Nation series.

To the Moon is light on the traditional “videogame” aspects, but it more than makes up for it with its storytelling. You must fulfill a dying man’s wish of visiting the moon by going back through his memories via some sort of futuristic machine. There isn’t any demon slaying or carefully timed jumps, but you will likely find yourself holding back tears by the time To the Moon wraps up.

The rest of this post will be spoilerific so I highly recommend continuing only after you’ve completed the game first. Before going in, though, know this: avoid using the mouse to navigate. Moving with the arrow keys is the way to go. 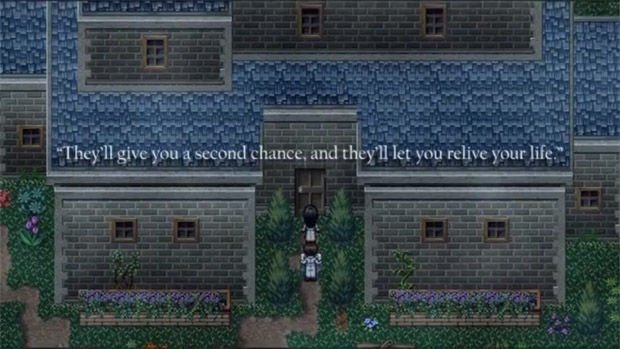 The tone of To the Moon is outlined right from the start of the game: an old man named Johnny is dying, and it’s up to the doctors, as played by you, to make him happy. There’s no indication of any chance of survival; his death is imminent. It’s easy to forget this during the middle segments of the game, though, as you will inevitably get so caught up with the backwards plot line. In fact, as you explore his memories, you may subconsciously forget about the dying man as you become so incredibly connected to Johnny as a person that he just seems so alive.

The character of Dr. Neil Watts does an amazing job of breaking the elegiac tone with humor, while his partner Dr. Eva Rosalene does an equally impressive job of grounding him in reality. For me, it was easy to relate to Neil, as his references to things like Dragonball Z and Street Fighter made it clear that he and I are of the same ilk. Even the way he combats the issue of death with humor is something that I’ve done at funerals or during other sad moments in my life.

Towards the end — when Eva is trying to alter Johnny’s memories of River, his love interest — the character roles change rather dramatically, along with the tone of the story. Neil Watts, the usually happy-go-lucky nerd, suddenly begins acting way more like an adult, taking on a serious tone when talking to Eva. Eva, on the other hand, begins to appear more maniacal and sinister. She starts to resemble a robot, having no qualms about removing River from Johnny’s life. 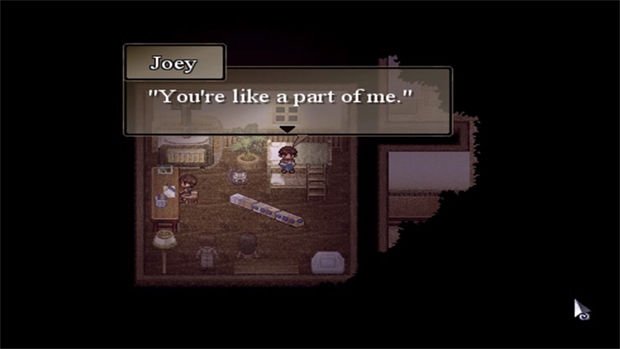 A game has never gone so far as to make me cry, but a few have come alarmingly close. Persona 4 and Bastion both had me holding back the waterworks, a feat that To the Moon also managed to accomplish quite well. It wasn’t until towards the end when they show Joey and Johnny growing up in the life they could have had together that I really started to get emotional.

I began to think of my brother, who currently lives on the opposite US coast as I do, and how great it was to have him around before he left for college. I also began to wonder about a hypothetical life without him, something that had never crossed my mind before, and something that I’d like to never think about again. Without him, I wouldn’t be into bands like Nirvana and Pearl Jam. Without him, my first and only exposure to Tony Hawk would be from his videogames. Without him, I doubt I’d even be as into gaming as I am right now.

Without him, I wouldn’t be the person I am proud to be today.

The bond between two brothers can be immense and it became hard to argue against Eva’s decision to eliminate River and instead save Joey. It was a bit too perfect, then, that John and River ended up together anyway. At first I thought it was too coincidental, but as they blasted off together in that spaceship, I no longer cared. They were together and they were heading to the moon. 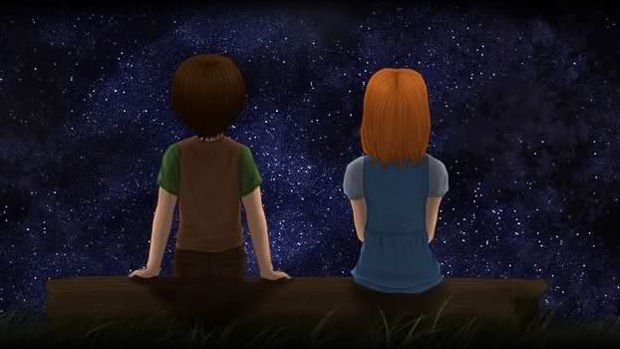 It would be irresponsible of me, however, to neglect the more important relationship at hand here: Johnny and River. As players, we are left in the dark on a lot of aspects of Johnny’s life until we start progressing through his past. We begin to see Johnny develop as a character as we travel back through his memories to find out why he wants to travel to the moon in the first place. We learn that River possesses some sort of mental issues relatively early on in the story, though the exact issues are never revealed. When combined with the overabundant origami rabbits and odd speech patterns, we’re led to believe it’s probably something on the autism spectrum.

I went through most of the game thinking that Johnny was the normal one and River was a bit off. Well, until that scene, the one when Johnny and River first meet at the fair under the stars and have what could only be described as one of the most genuine and revealing moments ever. It becomes clear that, after the beta-blockers, it was Johnny who was a bit off. River was simply a wife doing her best to remind her husband of their history together. The origami rabbits. The hacky sack. The moon.

In that instant, your entire perception of their relationship changes. I have an unhealthy tendency to put myself in other people’s shoes, and once I imagined what River must have been going through I became incredibly sad. How hard it must have been day after day to look at Johnny and just wish he was the person she met under the stars so many years ago. He wasn’t the same person anymore — more of a hollow shell of his former self. 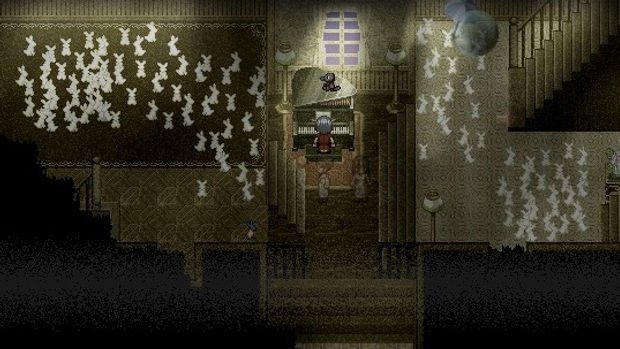 To the Moon does suffer in one pretty major area, unfortunately: the controls. The game seems to want you to move around using the mouse, but it feels way more responsive when using the arrow keys. There’s also a strange amount of almost-invisible objects that restrict you from moving on certain tiles, making navigation a bit of a struggle at times.

The puzzle segments of the game are well-contextualized within the story, however, they do tend to feel more like an arbitrary “videogame” part of the experience. One may argue that they are too easy, but I think it’d be way more frustrating if they were very complicated and ruined the pacing of the story. As it stands, they serve as a nice way to break up some of the monotony of walking around and interacting with objects.

The visual style harkens back to the Super Nintendo days, but the more detailed drawings do a sufficient job of filling in the smaller details that aren’t clear in the pixelated versions. The music is the real star of the aesthetics, though, with piano music that sets the mood incredibly well. It’s beautiful and melodious, and it plays a big part in the story itself, so don’t be surprised if hearing the songs after playing through the game evokes the same emotions you had while immersed in the story.

To the Moon is an absolute delight of a game. Although the controls may be a bit awkward, the story alone is worth the price of admission. It’s a beautiful, wondrous experience that’s difficult to find anywhere else in the medium. It is a game that I won’t forget as long as my memories are still mine.

[To the Moon is available for purchase directly from the developer’s website.]