What’s it like to be a fly on the wall — an innocuous bystander to everything else happening in the room? The Invisible Hours role-plays this fantasy, as it experiments with pure voyeurism and complete lack of agency. All the world’s a stage but you’re nothing more than a spectator.

It’s an effective way of telling a story from multiple vantage points. But, getting a full view of the narrative comes at the cost of affecting the outcome in any way. It’s a worthwhile trade-off. 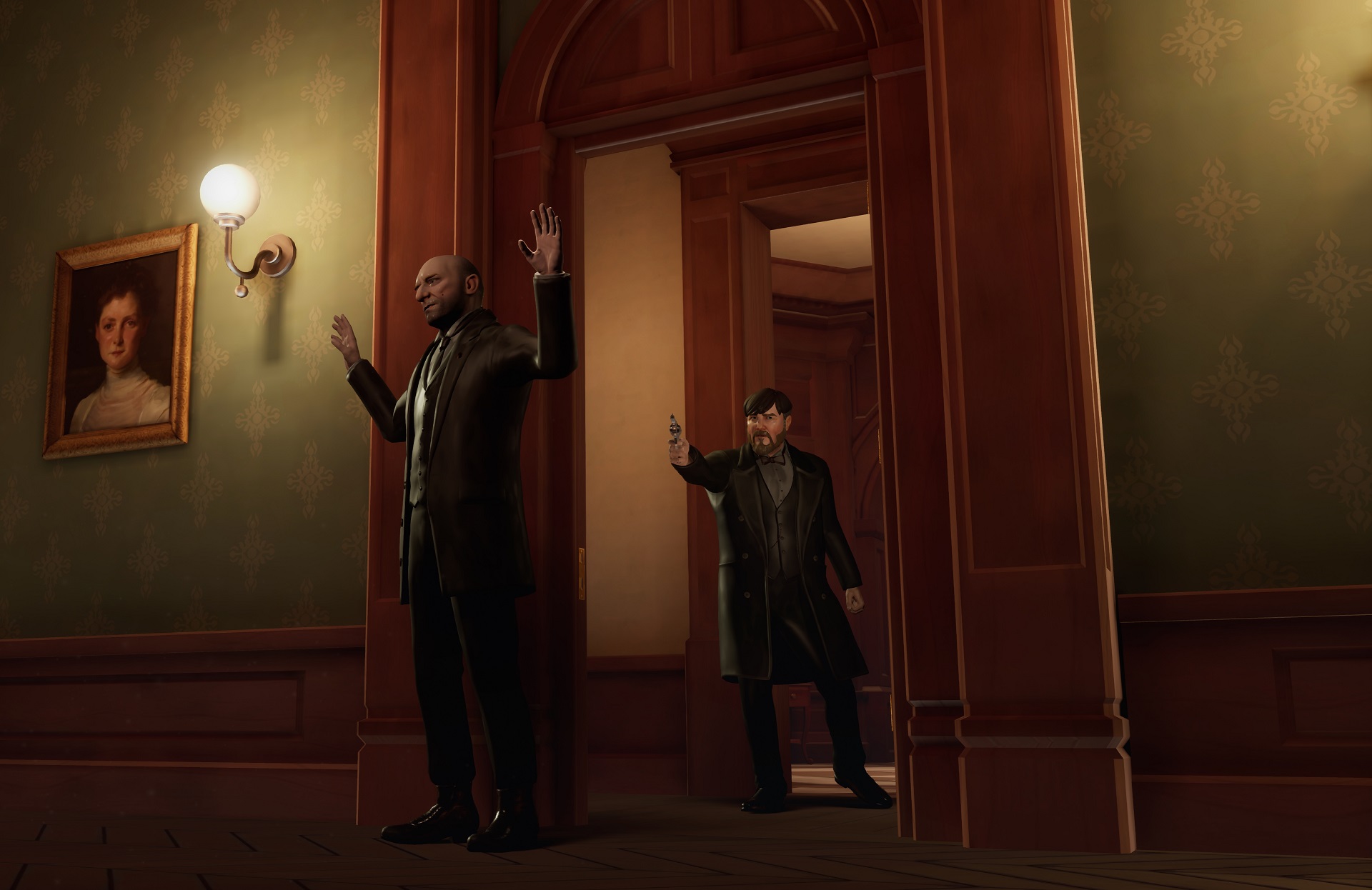 They all have their motives and they all have their alibis. This murder mystery will unravel itself, but it’s up to the player to decide how deep they want to go. Functionally existing as a ghost, our role in The Invisible Hours is to simply follow guests around the mansion and observe their actions and conversations. There’s a temporal tampering aspect too; time can be frozen, rewound, or advanced at any moment.

It seems like a lot of legwork, but The Invisible Hours is magnetic in luring you to view the entirety of everyone’s interactions. Subplots start to become more fascinating than Tesla’s murder. A pair of distrusting would-be lovers charm each other while holding knives behind their backs. Hidden passages get revealed. Other murders start happening. These miserable bastards stumble upon drama and sabotage at every turn.

It’s easy to get invested in this multi-faceted and omnipresent narrative because The Invisible Hours doesn’t concern itself with the traditional video game angle of bettering the player-guided protagonist. There’s no looking out for yourself. When that condition is removed, it leaves us with no motive other than immersing ourselves in the theatrics and exploring the entirety of the environment. The Invisible Hours rewards its audience with discovery and nothing more.

But, The Invisible Hours‘ greatest strengths double as its greatest weaknesses. All the exposition required to give life to side-stories leaves everything feeling unfocused. Tesla’s murder doesn’t always seem like it’s of utmost importance. Other conflicts temporarily steal the spotlight. All these different threads don’t feel as if they’re knitting a blanket; they feel like they’re making a patchwork quilt — a collection of stories with a commonality, but enough independence to detract from why we’re really here. 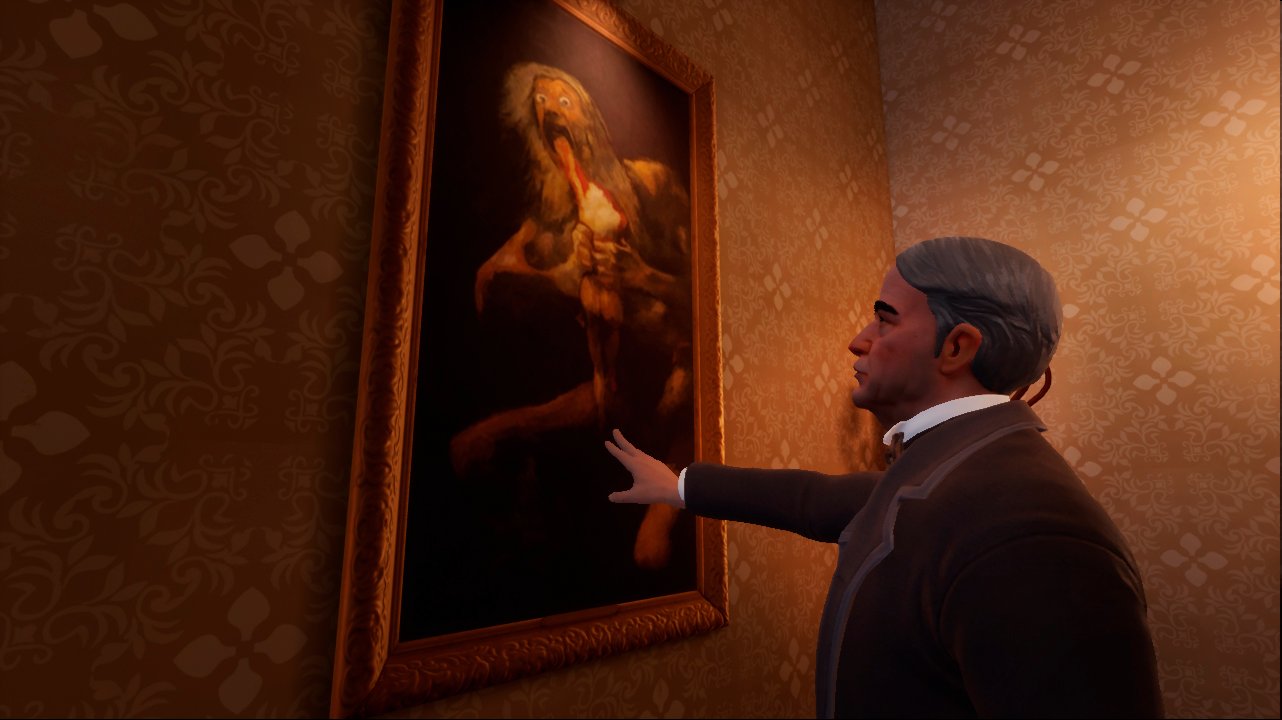 The Invisible Hours originally launched in late 2017 on virtual reality platforms, but it’s being re-released in April 2018 as a “flat screen” version — meaning without the VR requirement. However, VR is too deeply ingrained in this game to fully rip it out. Flat screen still has the VR-standard option to teleport short distances. Also, many of the objects in Tesla’s mansion can be grabbed, rotated, and closely examined; 95 percent of them have no use.

There’s a complex narrative arcing across all of The Invisible Hours, and Tequila Works found a novel way to present it. It’s the rare video game that requires no real player intervention to complete. But, the best possible payoff is a result of diligently following all the stories and getting a full picture of all the proceedings. By the end, you’ll feel as if you cleverly solved this murder. In all actuality, you only watched the murder solve itself. That is The Invisible Hours‘ greatest theatrical feat.