Even angels have last names

One of the greatest things about video games is the opportunity they afford us to take on roles we’d normally never have the chance to do. For example, in The Guided Fate Paradox, the latest from the team that brought us the Disgaea: Hour of Darkness — that job is to become a God.

While playing the God, or a god, is not new to the universe of gaming (Populous, Black & White, and ActRaiser to name a few) the way it is implemented by Nippon Ichi Software leads to quite the unusual set of circumstances and one hell of a good time. 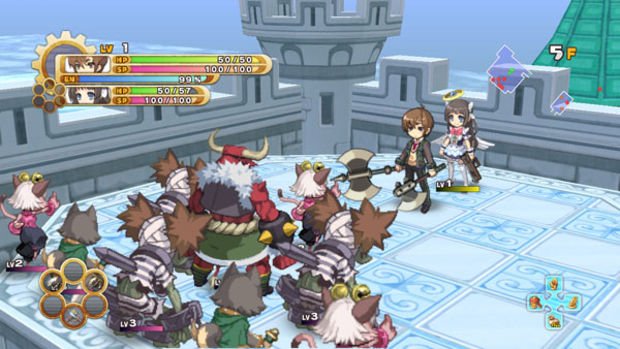 As Renya, a 17-year-old high school student down on his luck and just about the most unfortunate soul ever, your life is exponentially changed one day when you meet a cute girl in a maid outfit. Long story short; she sees you have a lottery ticket, makes you enter a raffle, you win the grand prize, then she pulls out a spiked club and smacks you on the head. When you finally come to you awake in a strange land known as Celestia surrounded by a gaggle of angels and demons dressed like maids and butlers… oh and you’re now God.

But you’re not just some omnipotent deity from the moment you come to. As the one and true God it’s your job to answer the prayers of all living creatures (including fairy tale characters) in the universe, using something called the Fate Revolution Circuit, to guide their fates to happiness. Like any new job you’ve got some things to learn; a group of coworkers to get know; and more importantly a plethora of systems to manage all while some fiendishly evil devils plot, from Disgaea’s Netherworld, a scheme to overthrow the heavens.

The story is what you’d come to expect from a NIS title. It borrows heavily from the typical tropes of anime and prepubescent humor, but keeps it all in line to tell a cohesive narrative. While the subject matter deals with angels and devils, it’s hardly preachy. There’s likeable characters (pretty much all the cast of heaven and hell) and some truly awful ancillary characters (damn that zombie) that make the game’s dubbing, which for the most part holds steady to NIS standards, borderline unplayable. The game does include the original Japanese voices, so if that’s your cup of tea it’s something I’d recommend for overall consistency. The music is also fantastic, especially when it goes all Japanese symphonic metal.

Though the story is not as wacky as in NIS’s Disgaea series, the battle system in contains just as many crazy subsystems. It shifts away from the strategy-RPG set-up that NIS is most famously known for, and instead tackles the brutality of a dungeon crawling roguelike. It that may sound scary at first,  but the game does a fantastic job of introducing each and every subtle system needed to slaughter the likes of anything foolish enough to challenge god. 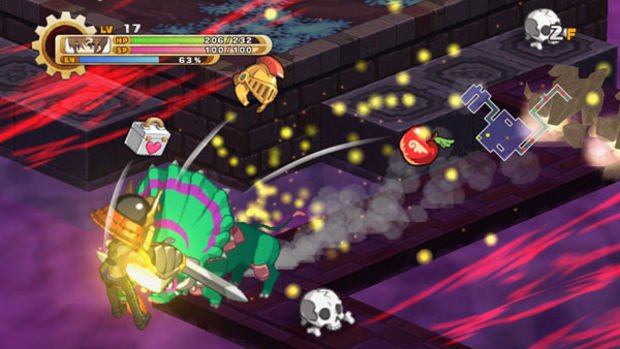 Battles break down into a sort of chess-like structure with a twist, where when the player performs an action (be it moving, attacking, or healing) every other unit on the map gets the opportunity to counter. Those new to the genre can find this overwhelming at first, since ill-advised moves can find one quickly outnumbered. The control scheme can additionally lead to some accidental deaths, as adjusting to the camera’s rotation can cause you to move in the wrong direction from time to time. It’s annoying at first, but is quickly forgotten over the long haul.

As God though, you never go into battle alone. Through the course the game you’ll be able to take in any one of your angel companions into the fold to help you wipe out the aberrations that are preventing prayer’s to come true. Each angel offers a different skill that aids in progression ranging from healing, shielding, and added follow-up strikes. Additionally angel companions can be given a behavioral intelligence to direct their exploring and enemy killing habits. 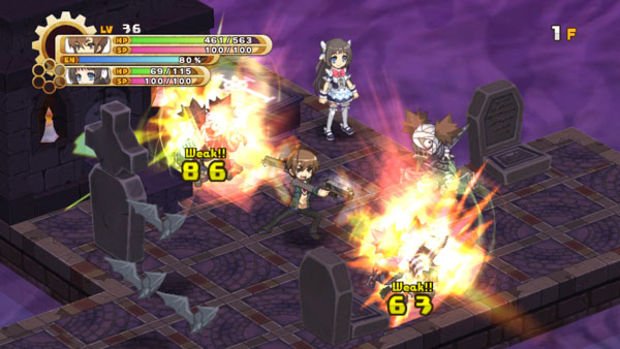 When entering any dungeon for the first time players will always start at level one. This may sound like some sort of cruel and unusual punishment to the unfamiliar, but it’s one of the most rewarding, though sometimes frustrating, mechanics found in Japanese roguelikes.Where Guided Fate Paradox differs from other titles in the genre, that severely punish players amongst death, is that levels gained in combat contribute to an overall “Total Level” that makes you stronger each time you being a dungeon. As the total level grows, players can assign points to Renya’s attributes through a system known as the Divinigram.

Similar to Final Fantasy X‘s sphere grid, the Divingram is a large gridded board that allows Renya’s core stats (attack, defensive, hit, and speed) to be improved. They scale with his total level and can additionally be boosted with clever arrangements and the assistance of Holy Icons purchased from the game’s shop. On top of that Holy Artifacts (which can be boosted by strategic placement of Holy Icons) can be placed in the Divingram that add perks to weapons and armor or increase the overall capacity of items that Renya can carry. It sounds like a lot to swallow, but is in execution is fairly simple. 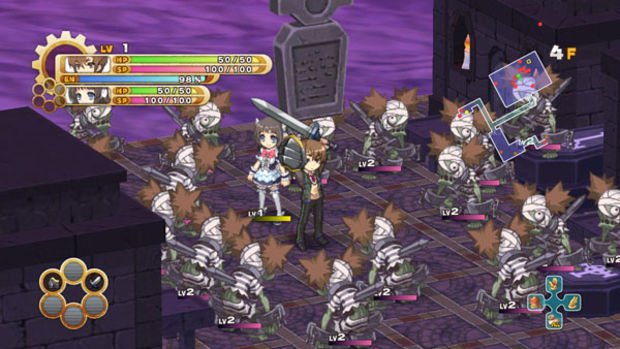 Moving through each floor and killing enemies builds both you and your angels levels as well as the strength of your gear called Divine equipment. Dungeons typically consist of 10 floors, with enemies becoming stronger from floor-to-floor and the final floor culminating in a boss battle that pits Renya without the aid of his angel servant in battle. Pushing to the last floor is a careful dance of gaining levels, strengthening items, and not running out of energy.

The biggest key to successfully completing any dungeon, funny enough, is not dying. It sounds like a no-brainer, but along with being reverted back to level one and having to push through a dungeon again, all items Renya is carrying are lost for good. It’s additionally upsetting when you’ve leveled up gear multiple times. Divine weapons are really your one and only savior, especially when you have two of the same items equipped since they allow you the ability to unload spectacular attacks that fill the screen with flashy over-the-top visual stimuli. The best strategy is to keep some exit items on you when the going gets tough, but the occasional enemy swarm can catch even the most prepared off guard and out of luck. 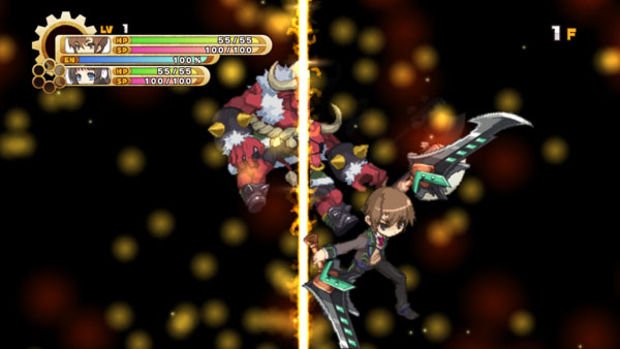 Visually, The Guided Fate Paradox offers up some charming character designs. Big colorful sprites encompass the battle field, and though enemy types are limited to a few per dungeon, each dungeon varies in both theme and enemies keeping things fresh. My favorite visual touch, hands down, goes to all the nutty gear equipable on both Renya and his angel companions. Everything you equip is portrayed on their bodies no matter how ridiculous: Fish heads, Prinny jets, mech legs, batwings and so on. The combinations you’ll end up with sometimes border on abominations, but in an roguelike appearance is the last thing to worry about.

The Guided Fate Paradox may not have the most engrossing story, and at times, it can roll at a snails pace when in full swing, but its overall attention to the little things is what makes it one of this year’s surprises. You’ll die, you’ll cry, you may even reboot some saves ad nauseam, but that’s the sadistic charm of a great roguelike — a game that may not be for everyone, but one that offers enough addictive carnage for veterans and newcomers alike.