It’s no secret that I’m a gigantic fan of The Elder Scrolls III: Morrowind.

For whatever reason, be it the more engaging than average world, the giant mushrooms, the increased freedom, or the ability to customize items and spells without the use of mods, Morrowind sucked me into a happy place that Oblivion and Skyrim could never replicate (or Arena or Daggerfall, for that matter).

Dragonborn lets me return to that world of wonder, despite how fleeting it may be, and I love the downloadable content for it. 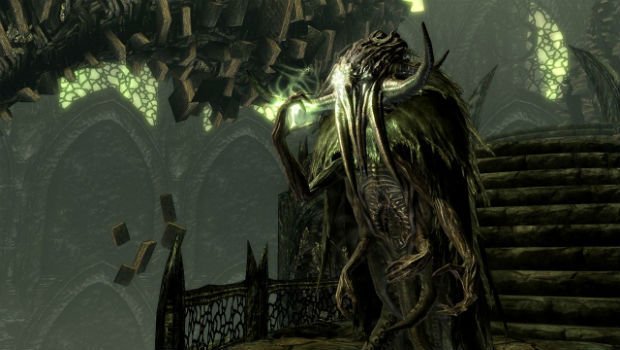 I was not a huge fan of Dawnguard. I don’t think it took enough risks, and it had its own fair share of glitches to pile on top of the ones found in the core game. Bethesda has stated in the past that Shivering Isles was their model for Skyrim‘s quality of DLC, and I just didn’t see it. Thankfully, Dragonborn comes pretty close to the bar set by Shivering Isles, which is a feat in and of itself.

The premise behind Dragonborn is getting a closer look at what makes a real, live dragonborn tick. You’ll follow the story of Miraak, the very first dragon hybrid, as he essentially channels his inner Sauron in an attempt to return to Tamriel from Oblivion.

The beauty of this DLC is that it allows for a solid marriage of new (the heavy emphasis on dragons in Skyrim‘s story) and old Elder Scrolls lore. For those of you who started at Skyrim, you won’t really feel lost, and the old-school junkies out there — specifically fans of Morrowind‘s Bloodmoon expansion — will get a decent amount of fan service.

I sincerely hope that this is the model going forward for all future DLC. 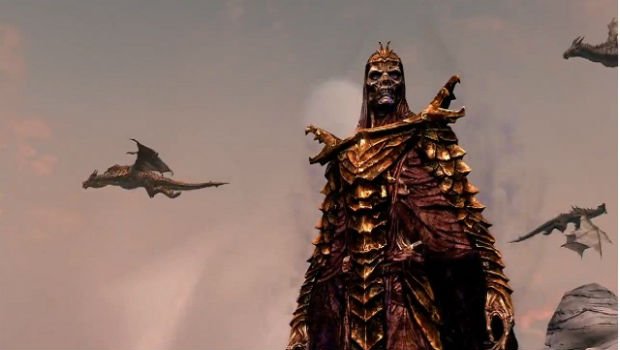 In order to actually start the quest, all you have to do is head to any major town. After a near-death experience with a group of cultists, you’re on your way to Solstheim (an area that used to be part of Skyrim, but now belongs to Morrowind) to find out why you were attacked. During your time there, you’ll attempt to unravel the mystery of Miraak, and find out who he is, and how he came to be.

In addition to wandering the snowy mountainous side of Solstheim, you’ll also get a to see the Morrowind side of it in the form of the province’s tall mushroom trees and Dunmer architecture. You’ll even have the opportunity to explore a Dwemer fortress, should you strive for even more variety.

For the most part, I felt like Solstheim has enough diversity to keep it fresh, and actually encourages you to explore it. There’s also a whole additional Lovecraftian realm featuring über Daedric deity Hermaeus Mora to terrify yourself in. While it’s one of the more interesting moments in Elder Scrolls history, I don’t want to ruin it here, even if you only spend a little over an hour’s worth of time in it.

Interesting locales aside, from a narrative standpoint, Dragonborn doesn’t really deliver. While the mystery of Miraak is pretty damn interesting at the start of your quest, by the time you finish, you probably won’t care too much. He will frequently just pop in unannounced to make his presence known, and hilariously enough, I actually didn’t even notice him during one of those instances. Certainty Bethesda could have made him a much more effective antagonist.

Hermaeus Mora jumps in and promptly steals the show, despite being fairly underutilized, and you’ll probably will forget about Miraak entirely a few hours later. Then again, Skyrim itself didn’t have the best main questline to begin with, so it’s pretty much par for the course.

There’s also the expected, trademark Bethesda bugs. A particularly nasty one involved spurning the aggro of an entire town that I needed to complete a story quest, and forced me to return to a much earlier save before the bug occurred. Other users across the web are reporting similar bugs, including one where they can’t even get the initial quest to start.

Also, in the approximately fifteen hours of playtime I had with the DLC, my game crashed twice, and I thought it crashed another two times, as my screen was completely frozen for a full minute before I saw a load screen. 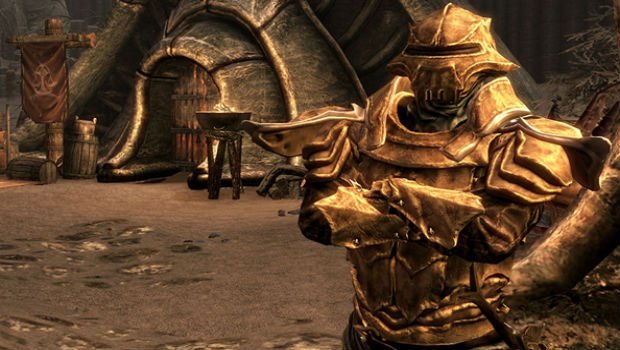 If you’re excited at the prospect of dragon riding: don’t be. Like World of Warcraft’s flight paths, flight is restricted to an on-rails affair, but with the added ability to smite your victims from above. While it could have been really cool to fly around Skyrim at will, Bethesda probably figured it would break the game. While this wasn’t a big loss for me, don’t get your hopes up.

Like most Bethesda add-ons, there is a ton of stuff to do after you’re finished with the roughly five-hour main questline. You can own a home in Solstheim, complete a large number of sidequests, explore over thirty locations, look for all of the black books and earn a ton of character upgrades, and tame dragons for fun (which is interesting, despite the awful riding mechanic).

Locating the seven black books specifically (which are a large part of the add-on’s narrative) is key here. Using their power, you can respec skill points, use up to three extra powers, and have up to three additional passive effects.

There are also a heap of new items, armor pieces, and crafting options to collect, so those of you who pick up add-ons just to gear up and buff their character will still be pretty satisfied with Dragonborn. If you also enjoyed messing around with ancillary happenings in Skyrim, you should get your money’s worth here in spades, as Solstheim will probably take you anywhere from 20-30 hours to clear out. 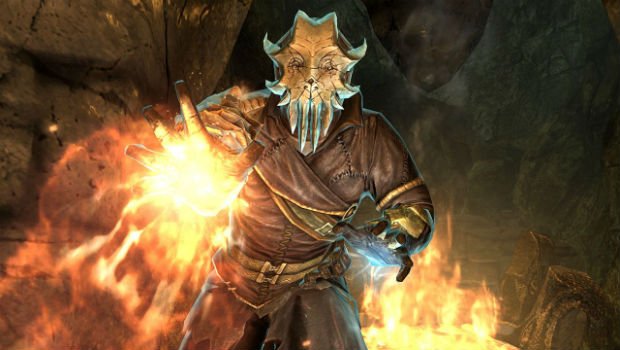 It also helps that the DLC is actually fairly challenging if you jack up the difficulty setting. Enemies hit hard, and they have a tendency to swarm you pretty quickly. The newly minted Seekers and Lurkers in particular not only succeeded in giving me nightmares, but a few battle scars as well.

While Dragonborn‘s difficulty never approaches frustrating levels, it can get a bit dicey at times. Needless to say, it’s refreshing to see a portion of the game where my powerful ol’ Dunmer tank-mage can be humbled again.

With an initial lukewarm offering, and a bite-sized forgettable second outing, I was starting to write off the prospect of good Skyrim DLC. Dragonborn proves that Bethesda can not only still produce, but that they haven’t forgotten their roots either. I can’t wait to see what they have in store next.