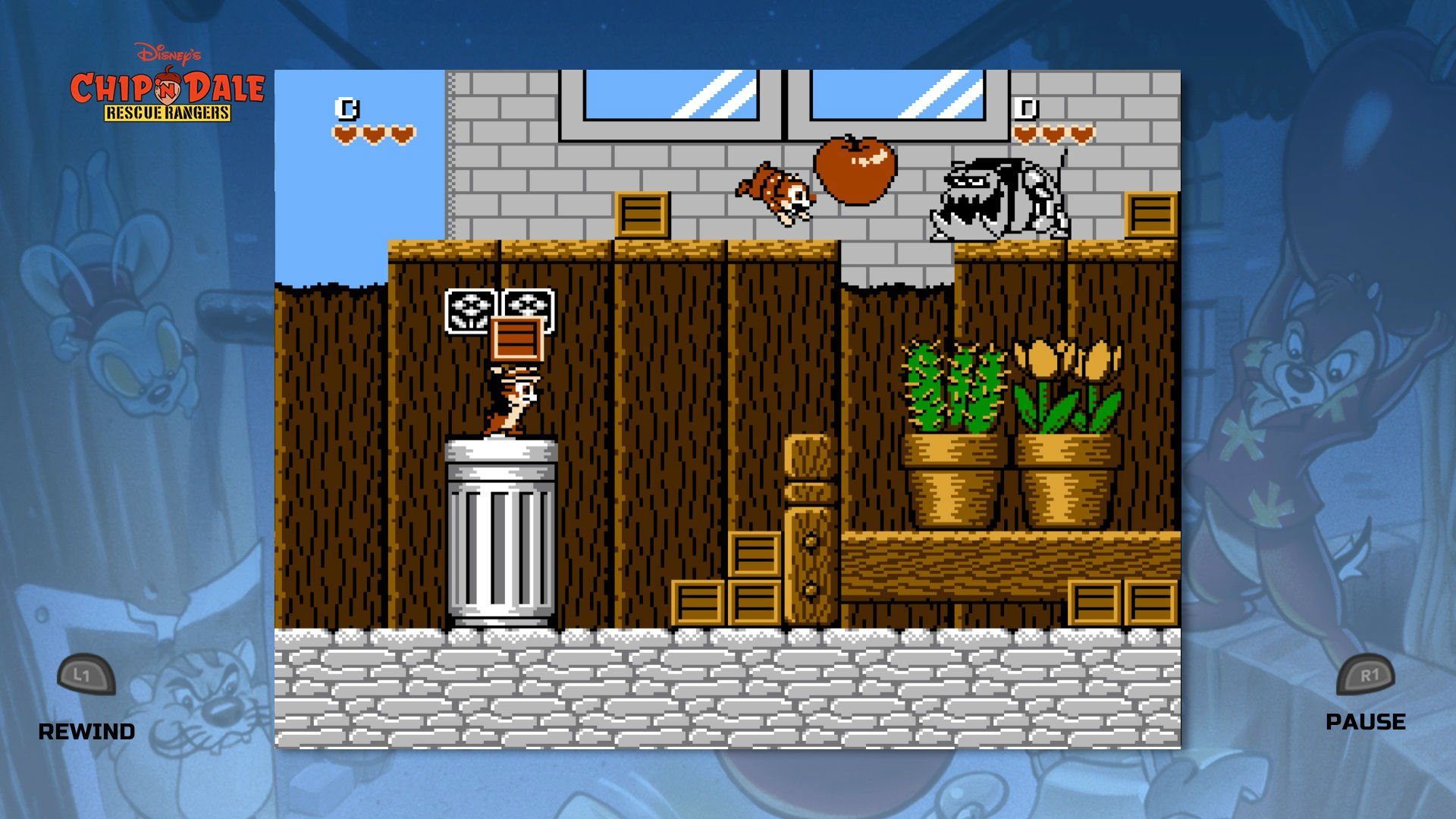 One of my favorite conversation starters among friends is how they feel about legacy systems like the NES. In my experience, you’ll run the entire gamut, from older folks who hated retro games to younger players who absolutely love the classics.

While it’s tempting to put on those comfortable rose-tinted glasses when the DuckTales or Chip ‘n Dale 8-bit themes are blaring out of your speakers, it’s important to recognize that a lot of Capcom’s Disney tie-ins have withstood the test of time due to some great level design and tight mechanics.

The Disney Afternoon Collection, for the most part, upholds that legacy. 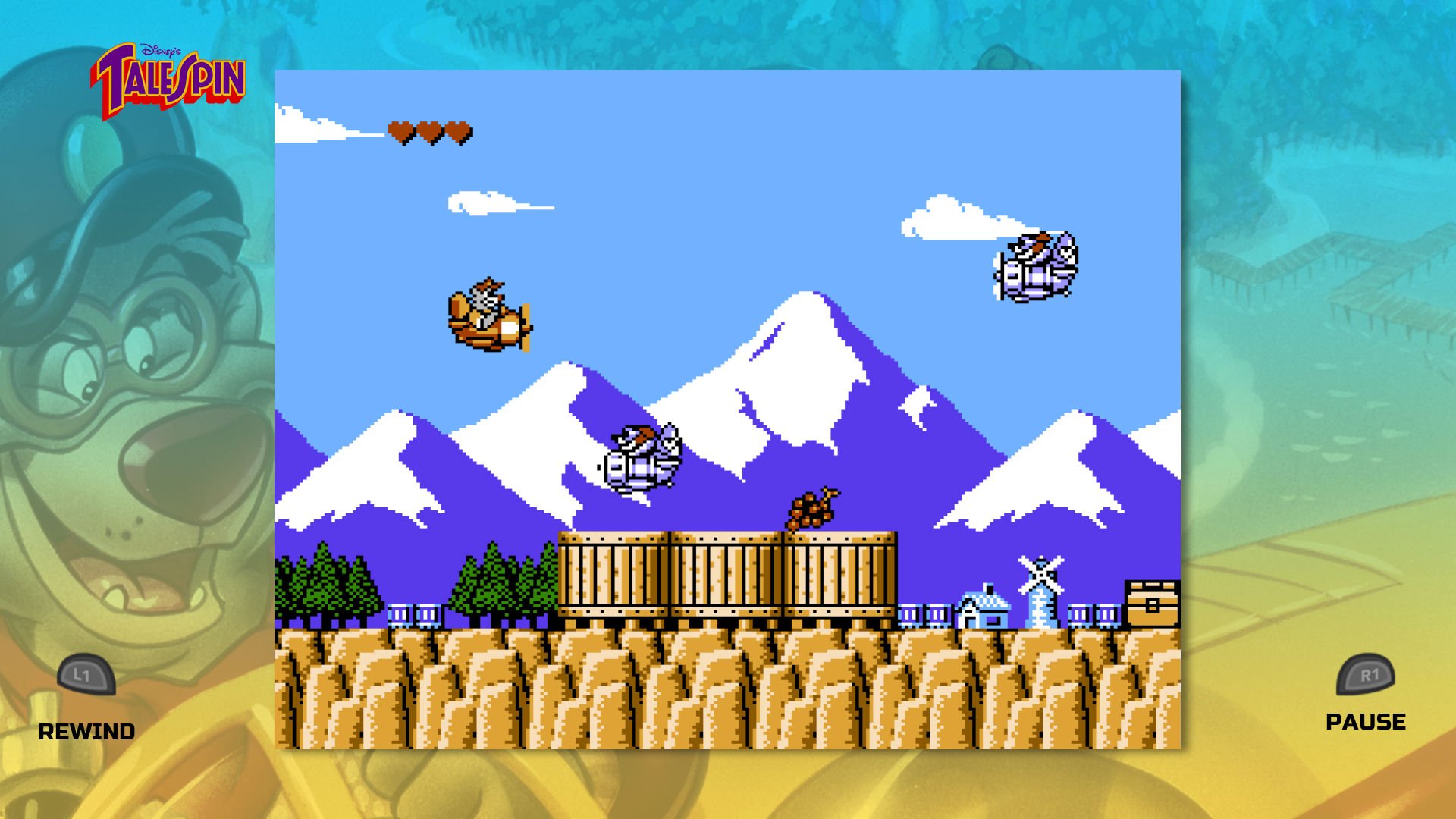 I’ll get this one out of the way first as it’s the worst of the lot (sorry Baloo). That’s not to say it’s bad per se, it’s just a run of the mill auto-scrolling shoot-’em-up.

It’s not like you really need more than two buttons for a shmup, but TaleSpin does try something different with its inversion mechanic, which lets you re-adjust your bird to fire in a different direction. A novel attempt, but the slow standard shot makes for some dull fights, and the AI and enemy placements are poor even for the NES era. It’s like that groan-inducing section of a Mega Man level that involves a vehicle, but instead of lasting 20 seconds or so, it’s the entire game.

This is the one entry that I’ll only be playing in boss rush form down the line (more on that later!) — a few encounters, like the Fighter Twins, are interesting enough to replay. But as a whole, it’s only marginally worth playing once all the way through. The big takeaway is that even if Afternoon Collection didn’t include TaleSpin, it would still be relevant. 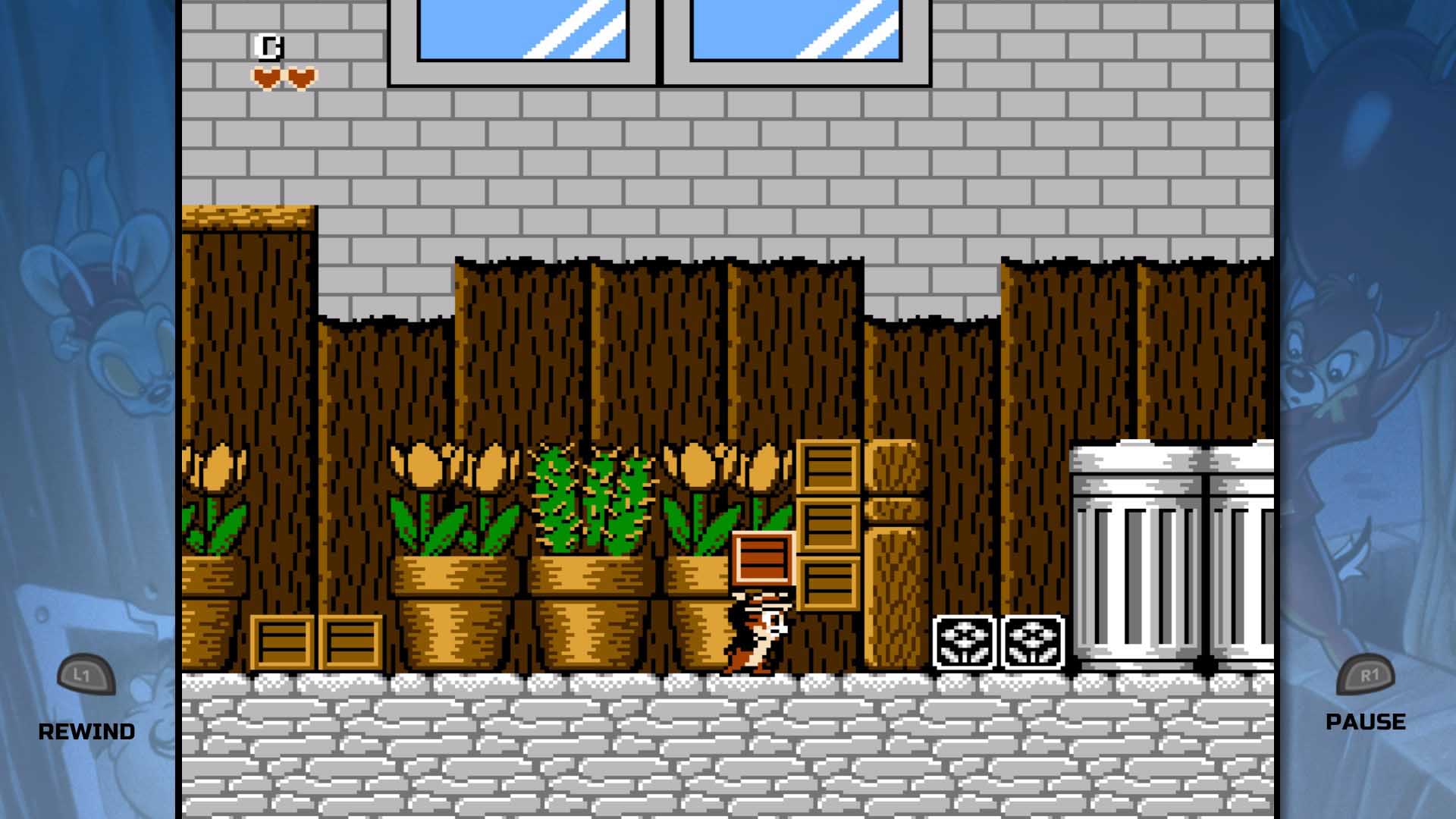 Chip ‘n Dale on the other hand I can’t say enough nice things about. This is a quintessential, required-reading type joint. Perhaps my favorite thing about it is its ability to provide clear, concise paths coupled with responsive controls through the 30 minutes or so that it’ll take you to finish it. It’s one of the cleanest games I’ve ever played, and it doesn’t screw around at any point — there’s no fat in this one, it’s all needed to make it work.

It’s worked so well, in fact, that I’ve replayed it at least twice a year for the past few decades, whether it’s by myself or with a friend (I adore how every level is built for one, but offers a level of verticality that doesn’t feel confined for two). The dressed-down concept of “picking up and throwing objects” instead of using say, a gun or a direct form of combat like a punch or kick is genius, since nearly every item in the game is essential to your survival.

Capcom did more with two buttons and a d-pad than other platformers eventually did with 10 and analog sticks. 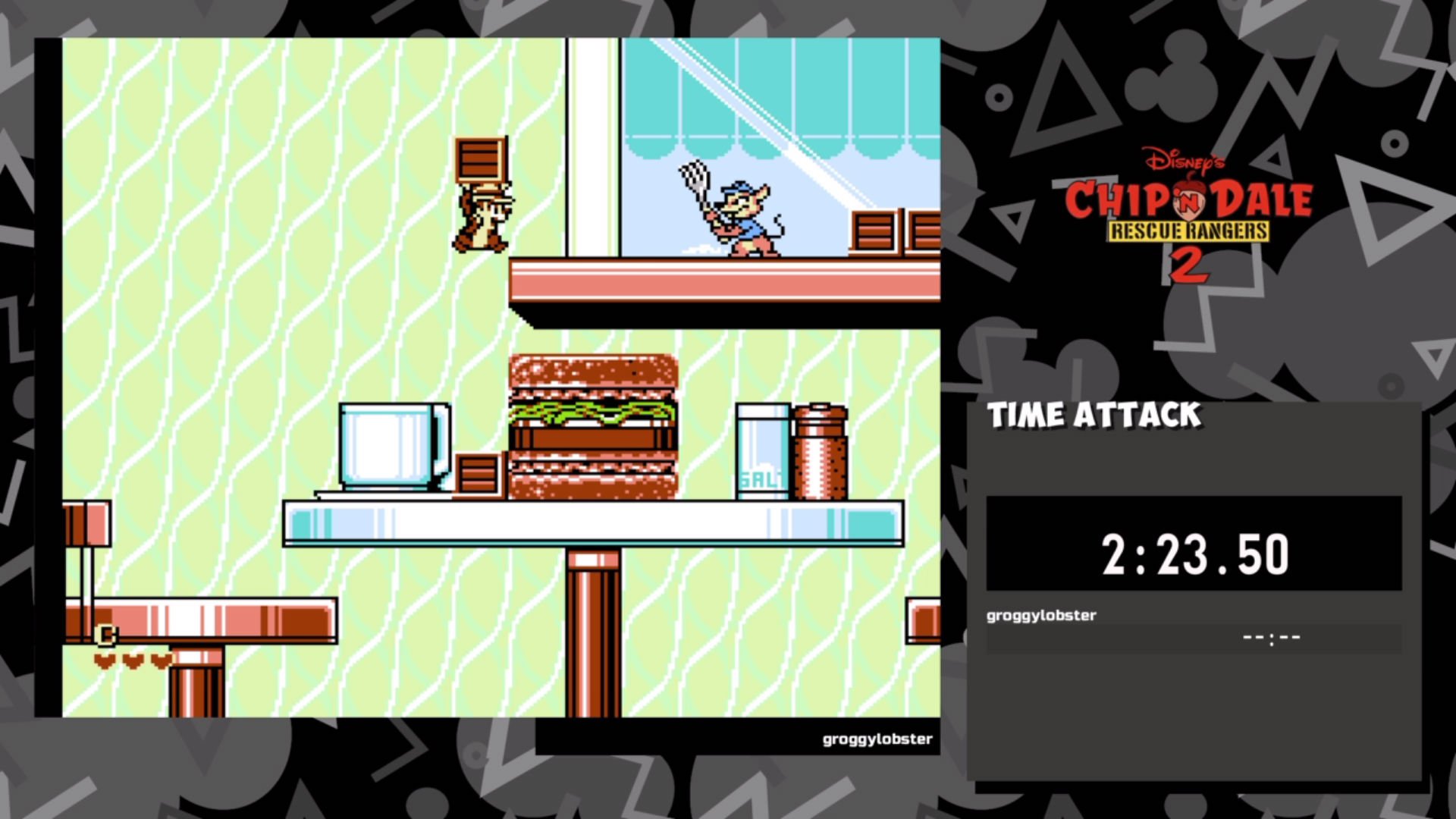 As one of the most rare games on the NES to date, the Chip ‘n Dale sequel is also on the lower end of the spectrum, one step above TaleSpin. Odds are you haven’t played, or even heard of it, but that’s not entirely on Capcom’s unfortunate timing of releasing it at the tail-end of the NES’ lifecycle and the beginning of the SNES’ success.

Everything technically works just as well as it did before, but the levels just aren’t as inspired. Cutscenes drag on far more than they should (it tries to emulate the episodic feeling of the show, but mostly fails), and the colors look far more washed out, despite the fact that Capcom had three more years to work on it.

I could go back to the first game nearly every day, but Chip ‘n Dale Rescue Rangers 2 is something I’d only revisit every so often, and only with a friend. 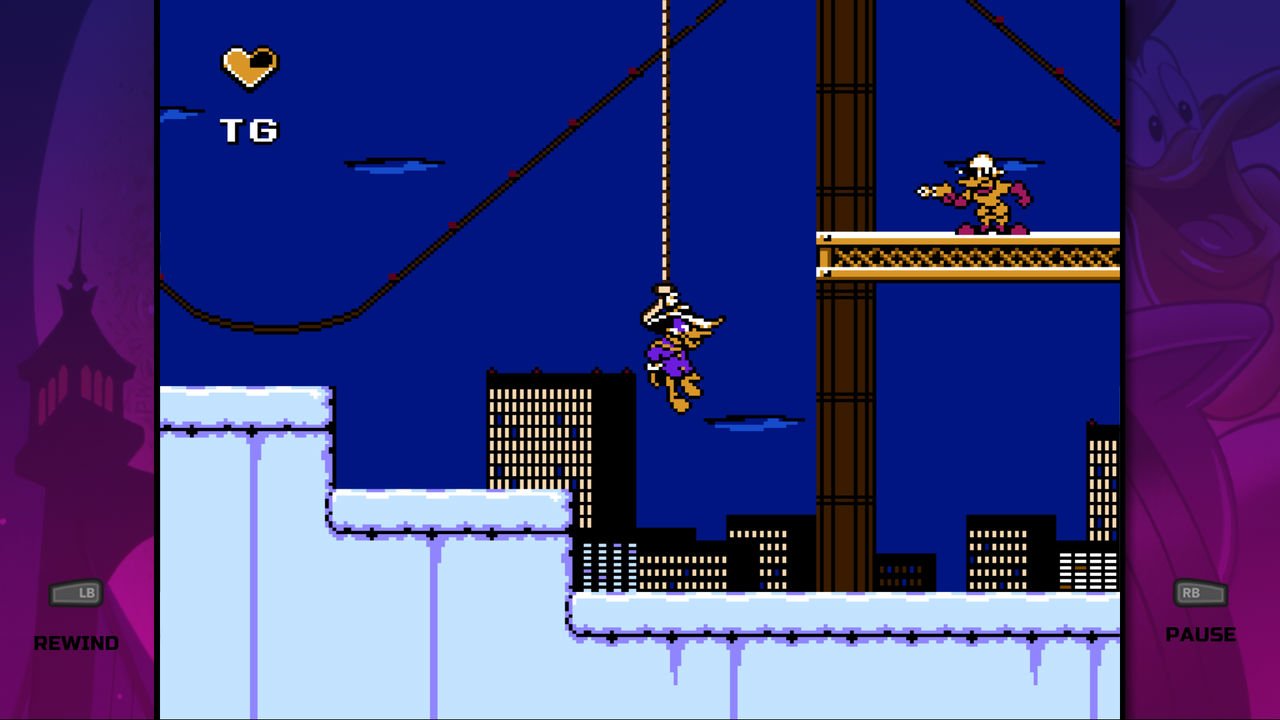 With direct access to a gun and a lot of direct enemy parallels (there’s basically duck versions of Sniper Joes in one of the first levels), Darkwing Duck is probably the closest you’re going to get to Mega Man in this collection.

That’s mostly a good thing, as Capcom does alter the formula a bit with ideas like climbing (something so few 2D platformers have replicated to date), which raises its level design and boss fights alike. Even now in a sea of resurgent 2D platformers it boasts memorable encounters, backed by the strength of the art of the original Disney animators.

It’s so lovingly replicated that I was inspired to watch a few episodes of the TV show directly after playing it again. 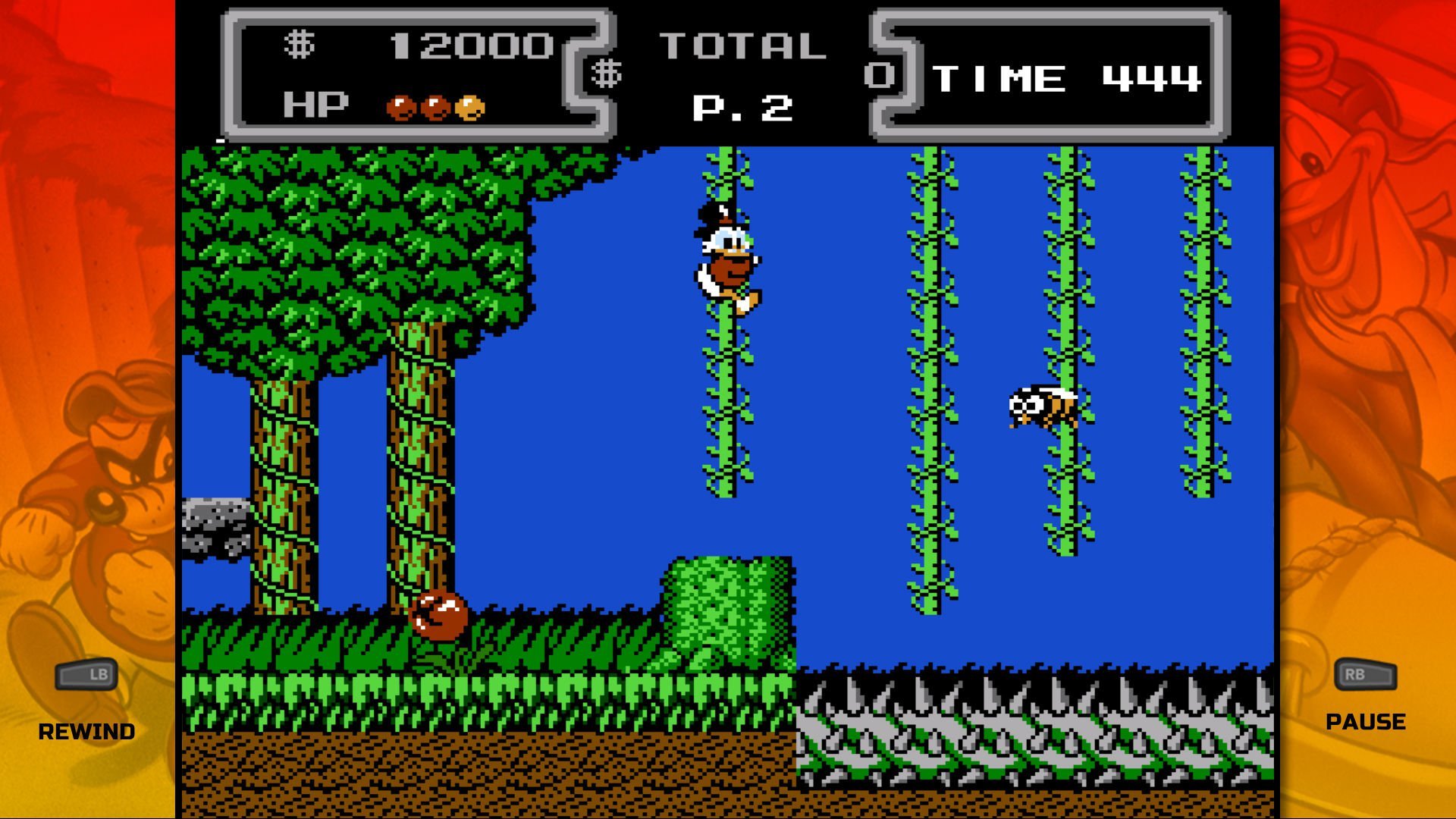 DuckTales holds the distinction of being one of the least linear retro platformers ever created. Borrowing a page from Mega Man with its freeing world selection system, the maps themselves are full of twists, turns, alternate paths, and secret areas. Like most of the Afternoon Collection it stands on its own two feet, free of the shackles of nostalgia.

The pogo jump, a refined form of the downward thrust from Zelda II, is replicated even today in games like Shovel Knight. Its soundtrack, even in its purest 8-bit form, is still hum-worthy. It’s much less forgiving than most of the other entries in the Afternoon Collection (it has a number of unfortunate cheap death locations that might frustrate you), but the juice in this case is worth the squeeze. 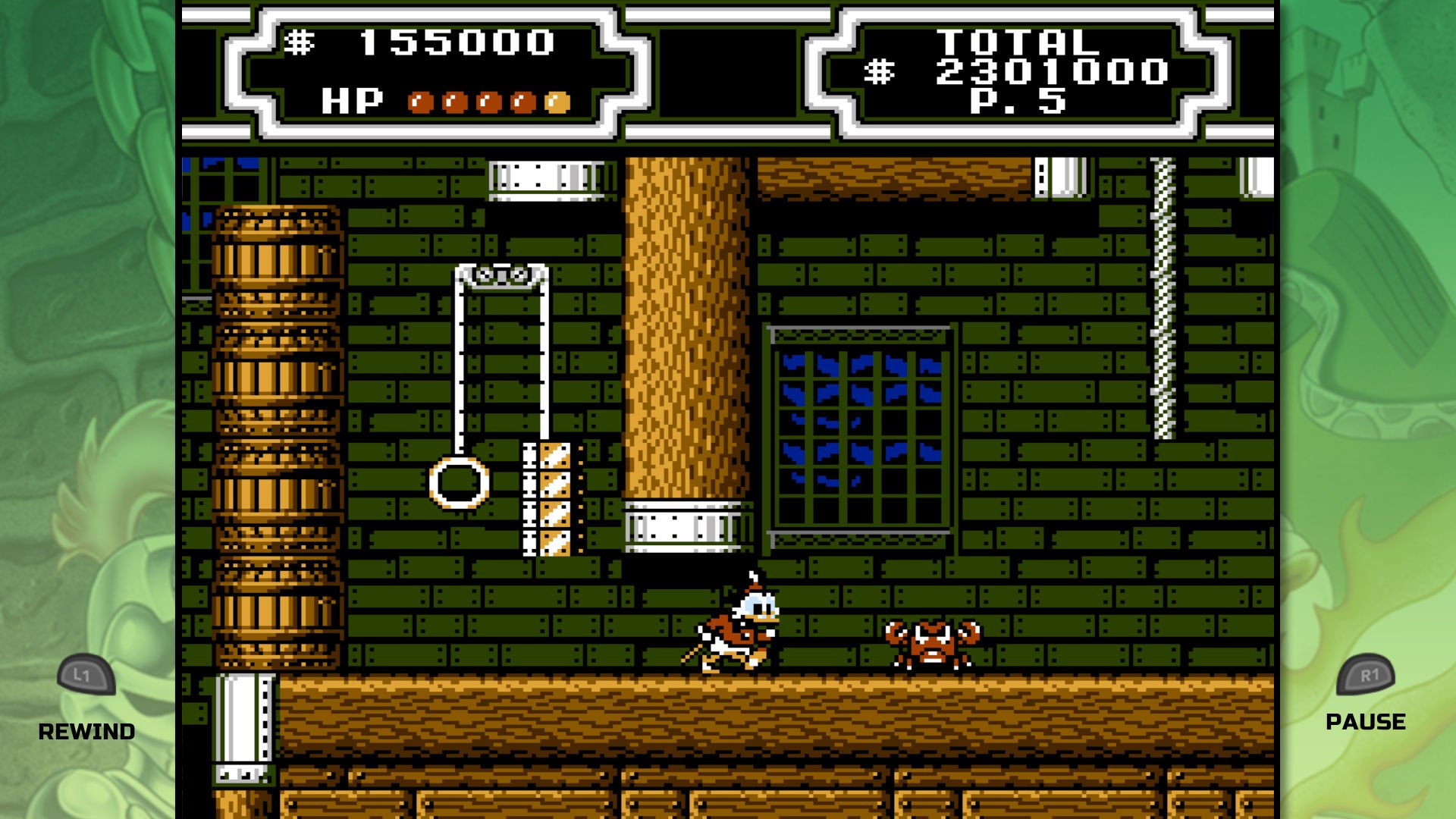 Unlike Chip ‘n Dale 2, this seldom played follow-up actually sports a few improvements in addition to faithfully re-creating the unpredictable nature of its predecessor.

Scrooge’s cane feel a little tighter, and now offers more control over objects instead of merely whacking them across the screen. These subtle changes open up the level design even more so than the original, which sticks to the non-linear setup and even accommodates return visits to levels after they’ve acquired more skills.

In that way it’s almost like a disconnected Metroidvania, which works in its favor whether you’re playing it years later or simply returning back to it for speedruns or another playthrough. Some of the more overt references to things like Terminator 2 not only feel less dated than other similar platformers, but less annoying because Capcom doesn’t rely too heavily on them.

I got really lucky and snagged an original NES copy for around $50 years back (it’s roughly $200 now), and I don’t regret it.

What this package essentially serves as is a museum for its ROM showcase. There’s no fancy filters, redone DuckTales Remastered-esque graphics or voicework, it’s all basically the same content, with some new delivery systems.

Leaderboards on top of boss rushes and time attack modes are probably the biggest addition. While I’m sure some speedrunners are going to stick to the original versions, this is good enough for amateurs, and the boss rush in particular moves very quickly, cutting out almost any fat between fights. You can also use the optional rewind mechanic, which will help out folks who don’t know every nook and cranny — especially on some of the more unforgivable platforming sections — or a basic save slot.

Built-in manuals that don’t go to some external website or some other nonsense are appreciated. I haven’t encountered any major audio or visual bugs, but we’ll keep you updated if they’re discovered. You can swap between two filters (TV/monitor) and three aspect ratios, and that’s about it. I don’t really need more than that (I mean, who wouldn’t love a full Wonder Boy: The Dragon’s Trap overhaul?), but you might. On the bright side, the menus are colorful and quick.

Afternoon Collection‘s museum pretty much delivers on everything you’d expect it to. There’s a sound test for every music track, and the concept art, some of which has never been seen before, is accompanied by little factoids (like what episode a certain enemy is from). It’s nothing flashy, but I did learn a number of new trivia tidbits, and it was interesting to see how the western Disney studio and the Japanese Capcom development team interacted. I wish the “Odds & Ends” miscellaneous section was bigger, but the other three make up for it.

As an important piece of gaming preservation, I’d almost say that Disney Afternoon Collection is worth picking up just for the DuckTales and Chip ‘n Dale sequels, but the truth is nearly every game deserves to be played at least once. For now I can only dream of Adventures in Magic Kingdom, Little Mermaid, and Mickey Mousecapade as DLC.