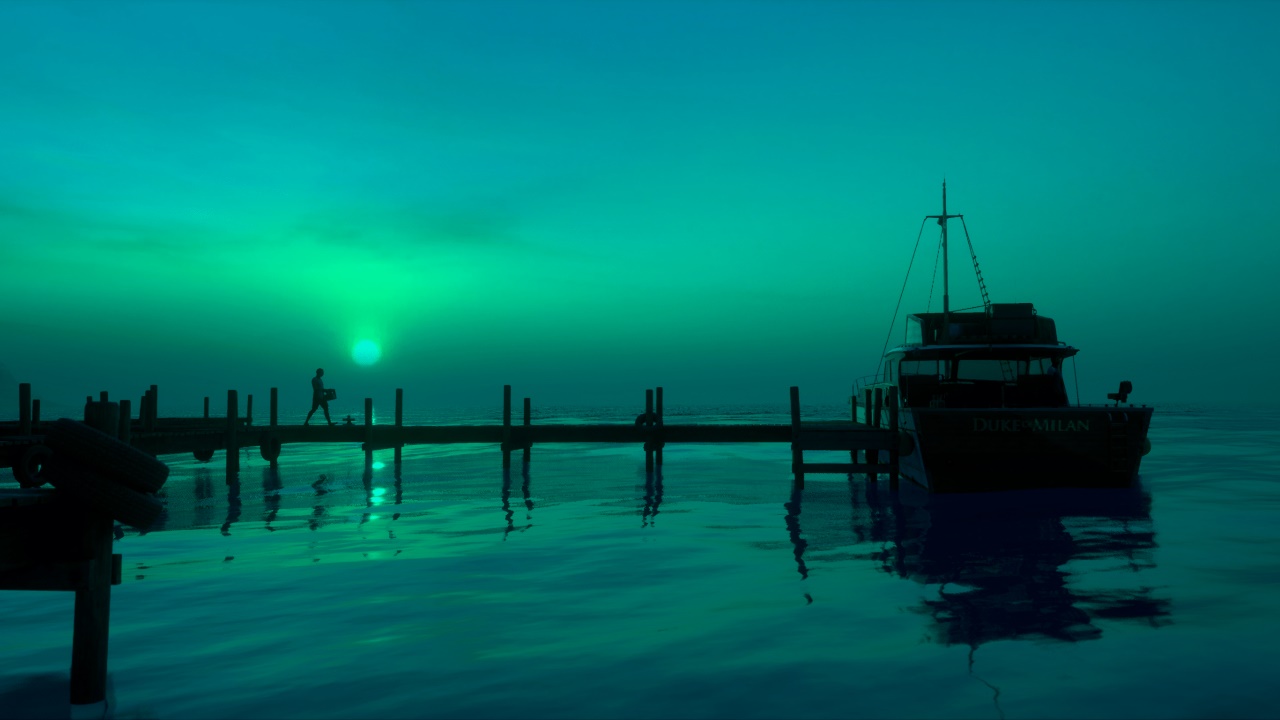 “Like, zoinks gang! We’re stranded on a spooky ghost ship!” is what I imagined the cast of Dark Pictures: The Man of Medan to say when I booted it up.

They did not! Instead this very horrific tale from the horror masters over at Supermassive Games takes a decidedly different tone, incorporating elements they learned from Until Dawn to deliver another worthy thriller.

I’m not ready to give this comparison up entirely, because Medan does kind of play out like a good Scooby-Doo episode. Four young adults (Julia, Alex, Brad, Conrad) and their skipper (Fliss) all go searching for a World War II wreck…and find more than they bargained for (cue maniacal laughing/spooky ghost noises/Dracula blehs). The word “spooky” is even contained in an in-game letter! I’m totally justified with this comparison.

In all seriousness Supermassive Games has carved out a nice little horror niche for itself and I’m okay with that. Man of Medan has some genre staples (both good and bad), including jump scares, an unsettling atmosphere, and clever camera angles (that, thanks to the medium, can be manipulated). The claustrophobic tanker hallways aren’t as technically impressive as the rolling vistas and mountaintops of Until Dawn, but they’re different.

Medan is different in myriad ways, as the engine looks great on a PS4 Pro, but does suffer from frame-skipping on occasion that can help break the tension. It also diverges in the sense that it’s less campy than Until Dawn. For some that’s a downgrade as the whole “teens in a slasher cabin” is solid gold material, but I really respect that Supermassive has been there, done that, and moved on to new frontiers. That’s kind of what the whole Dark Pictures[verse?] concept is all about.

There is rust, though. Man of Medan has a distinct lack of urgency in some portions of the story, and doesn’t linger enough on some of its consequences (no doubt a casualty of its many branching paths, some of which don’t dwell as much as I’d like). In some cases, your cast (based on various choices) doesn’t feel nearly frightened enough. Speaking of choices, although I’ve gone on and on about how Medan detaches from Supermassive’s past work thematically, it is mechanically similar.

You’re still selecting dialogue options for the most part (which inform relationships), as well as picking up and examining objects, and aiming reticles and doing QTEs for the action bits. For the millionth time, on the record, I am okay with QTEs, including the updated “tap a button to the beat” system that asks you to tap in rhythm to keep calm. But it’s the story that matters most.

Extensive branching paths (“what if I do this next time?”) are why I enjoyed Detroit: Become Human way more than I would have otherwise, and Supermassive is once again bringing their expertise from Until Dawn into Medan. With premonition picture collectibles to find that give you glimpses of the future, and mysterious fourth wall breaking “Curator” interludes, Medan always keeps you on your toes. I’d lump the slick special features in that assessment as well, including a well-produced documentary/love letter to horror in popular media.

But there’s more! Supermassive is making a big deal about the game’s multiplayer aspect, which allows folks to play full two player co-op. It’s…kind of groundbreaking given that most adventure titles force some sort of hamfisted “vote, Twitch viewers!” scheme that completely dissipates when any given game goes cold.

Yet, most of my time was spent with the lovely “movie night mode” where you can pass and play with up to five people who control individual characters (with the incentive to either save yourself or the group). I think that’s going to be the big draw, especially when the online mode is off the table years down the line. The breezier pace (roughly five hours, as opposed to the twice-as-long-scope of Until Dawn) also helps sell it as a rainy day activity.

Supermassive Games is quickly proving that they have a knack for high budget adventure projects that many studios simply do not. I have no idea when the next “Dark Pictures universe” entry is coming, but I’ll be waiting for it.