Me and my crew, we swaggin’ in the room

A great racer to me doesn’t focus on an abundance of customization options or entire garages of cars. It doesn’t even serve up solid multiplayer modes or an interesting soundtrack. It keeps me playing.

And let me tell you, unless it’s Mario Kart or a stupidly solid racer that entrances me from its opening credits, that doesn’t happen very often. I don’t care about winning a tournament and I have no interest in being a professional race car driver like Jerry. 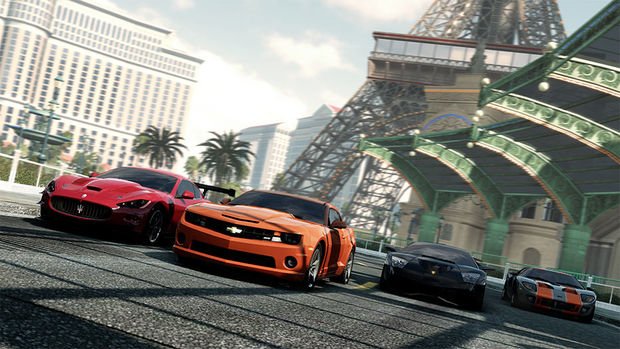 The Crew was arresting ever since I became entangled within its narrative, which is surprisingly gripping for the genre. Its deliciously cheesy and lightweight criminal protagonist’s plight gave me something to shoot for: revenge.

Kyuss’ “Demon Cleaner” blared from my television as I burned rubber to tail the dirty FBI agent who murdered Alex Taylor’s brother, years after his being framed. With the law on my side, I was absolutely ready to exact my sweet, sweet revenge by working my way to the top of the gangs who put me away and took my brother from me.

Sure, it’s cliched. You’ve heard this story before, namely within the realm of Need for Speed and its ilk, but I didn’t care. I related to it. I probably would have done much of the same given the situation. So I couldn’t have cared less who I was playing as after The Crew motivated me to drive cross-country in-game, winning races, delivering cars, and taking out leaders in the name of justice along the way.

That’s why with all of its shortcomings I was able to genuinely sit back, relax, and enjoy The Crew. Most importantly, I did it without the influence or necessity of other people. And looking back on my time with the game now, like in real life, other people would only have tainted what I was able to accomplish.

Let’s get down to brass tacks, though. The bread and butter of any racer is of course car mechanics, and there’s a comfortable mix of arcade-style handling with simulation-styled controls. You can alter the controls to your liking so it feels more familiar and workable, but for the most part the game is quite forgiving, even if you tend to bump into that car in front of you or the signpost on the side of the road. This actually tends to work in your favor, especially during timed events where clipping a guard rail and spinning out in another game could mean the difference between starting the race over entirely and losing a couple of seconds.

All of the cars have a very basic “stock” feel to them in the beginning, which you can liken to the very same feeling arcade racers pack. You’ll need to tune them accordingly before they begin to feel more like wieldy vehicles, and this is done by purchasing additional upgrades with points earned throughout the game as you progress. There’s a robust if uninspired system in place to ensure your earnings are tracked in every way they can be, so there are plenty of opportunities for you to earn additional points here and there to make your muscle car or humble sedan roadworthy.

But without somewhere to drive, where would we be in a racer? The vast open world of The Crew is its biggest asset, and despite the dozens of missions and races you can drive to from the start of the game, you’ll undoubtedly spend most of your time checking out the U.S. countryside, just like a virtual road trip. You can hit up Manhattan and check out the Rocky Mountains with no loading times between, spending hours upon hours exploring every little nook and cranny the game has to offer.

Sprinkled throughout the countryside are a smattering of missions you can complete, ranging from a couple of minutes long to a few hours. You might spend some time speeding through gates for experience. In another area you might be charged with delivering a car as a gift for one of the gang members’ contacts. There’s always something to do, even if a good part of it consists of single-player missions that are best enjoyed alone. 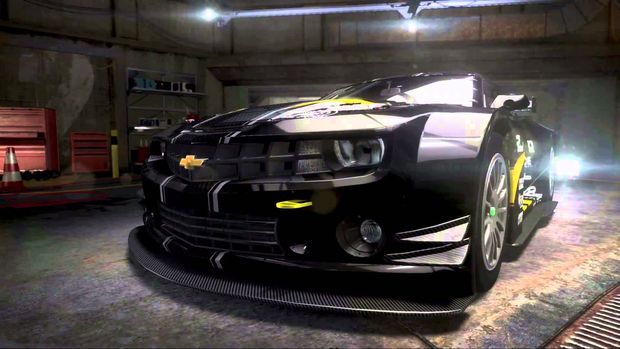 That’s where things get a little confusing. Unfortunately, Ubisoft opted for the boneheaded decision to force The Crew players to remain online at all times to play this game. Effectively, that makes it a racing MMORPG, given the fact that experience is earned through said missions and whatnot. That also means other players are sharing the map with you at any given time.

Luckily, you aren’t forced to get buddy buddy with others in order to complete missions and progress, though if you want to reach out, you can form your own crews to conquer instances you just can’t best. You can even reach out at any time to complete a mission with a second player, which can get you through some pretty tight spots. If either player wins, both participants receive experience, which makes playing with others a lucrative offer.

But what really happens is a flood of notifications declaring that RiffRaff420blAzEiT wants to race against you, or YesImAGirlPlayingAVideoGame wants to complete a mission together. In more congested areas you’ll find that everyone just wants in on the multiplayer experience, which only got worse as the days piled up after release date. Some might find this an alright problem to have, given the fact that online-only games need their players to participate. But as someone who prefers to play solo, period, it was tiring and jarring, especially since I wished only to spin the narrative of my choosing, and that was being a lone wolf on a cross-country journey to avenge my brother. I didn’t want anyone getting in the way. 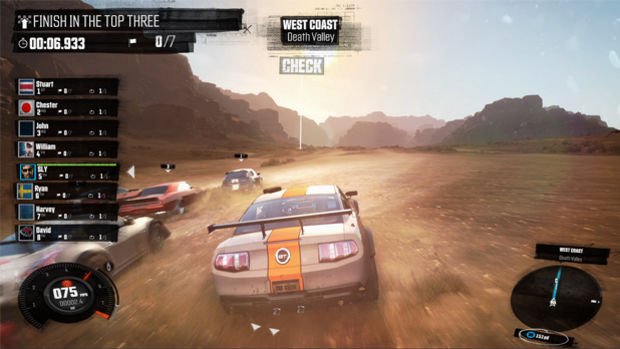 Of course, for the review’s sake, I had to participate in multiplayer events, which worked quite smoothly. It can still be difficult at times to find players for races or assistance (if that’s your kind of thing) but I didn’t have any issues establishing or maintaining a connection once I made the decision to. It’s a helpful addition when and if you choose to take advantage of it, but if all you’re concerned with is a solo career as a driver, you’ll want to turn notifications off and speed through the desert on your lonesome.

Unfortunately, sometimes the solo grind can be difficult. Unless you challenge nearly every mission you come across and rack up the experience points, you won’t have reached the best level at which you can best your competition. This will call for an abundance of experience farming, which does tend to give a “homework” sort of feel to the game at some points, but with so many places to explore, you can take it one play session at a time. No need for rushing — you’ve got the whole of the the States to explore. 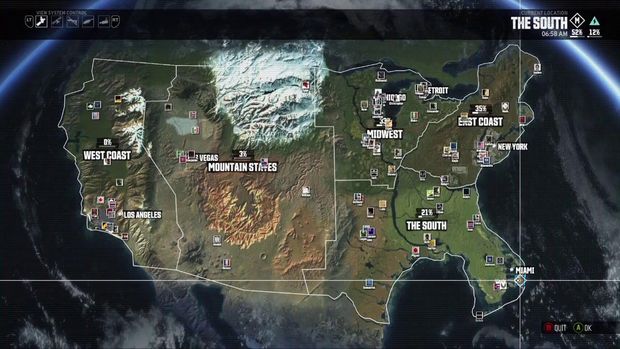 With an insanely large world it had to be assumed there would be at least some sort of hit in visual fidelity as well, and while the game looks competent at least in the current-gen department, it’s not as great-looking as it could have been. The trade-off for minimal load times and such an expansive world more than makes up for it, however, and visually impressive cut scenes prove time was spent on making characters and cars impressive where the effort could be more concentrated.

The Crew offers you the entire countryside to explore solo or with friends (or strangers), plenty of cars, customization options, and a narrative that extends a purpose beyond “being the best” to get your motor running. Ubisoft’s familiar structural pitfalls like microtransactions, online-only play, and other trappings hinder rather than enhance, but those things have become par for the course by now. Thankfully, they don’t mar the overall experience, and that was an overtly positive one for me. I don’t need a crew to cruise downtown Chicago or the west coast. I was just fine going it alone. And if you settle in for a few hours and let the game take you, I surmise you will be, too.