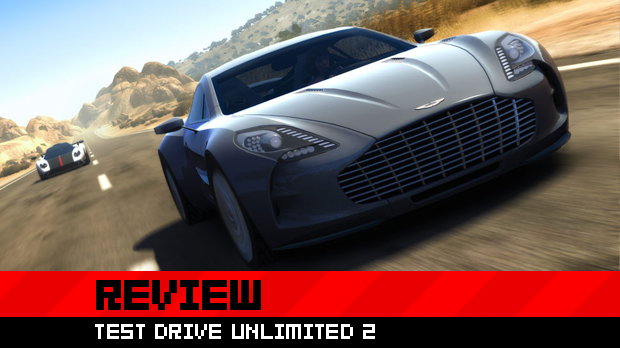 I’m extremely happy that the racing genre seems to be picking up again.  In 2010 we had some spectacular titles like Need for Speed: Hot Pursuit, and Gran Turismo 5 so I couldn’t wait to see what was in store for 2011.  Well that time is now and Atari must have wanted to keep the good times rolling by releasing Test Drive Unlimited 2.  Right?  Well if that was their plan they failed miserably. 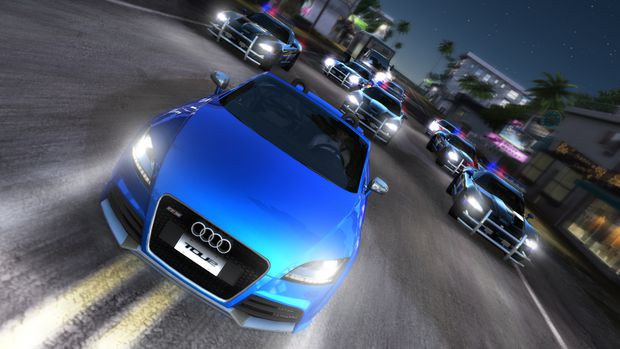 You start off as a bellhop that gets his first big shot at becoming a racing superstar. With a little start up cash you pick up your first POS series sports car, roll up to your pad, (aka trailer) and begin working your way to a life of luxury. Faster cars, mansions, and fame are up for grabs if you’re just willing to put the time into grinding through the same 5 races over and over with the occasional escort mission thrown in for good measure. With the money you earn by doing this you can buy clubs, clothes, cosmetic surgery and more, but make sure you focus on a pad with a big garage. A bigger garage equals more cars equals more races that you’ll be able to compete in.

Though the game gives you this large world to explore, filled with locations that vary from paved areas going as far as the eye can see, to gravely mud pits found in the off-road areas, it’s all built upon a product that isn’t ready for the retail market. 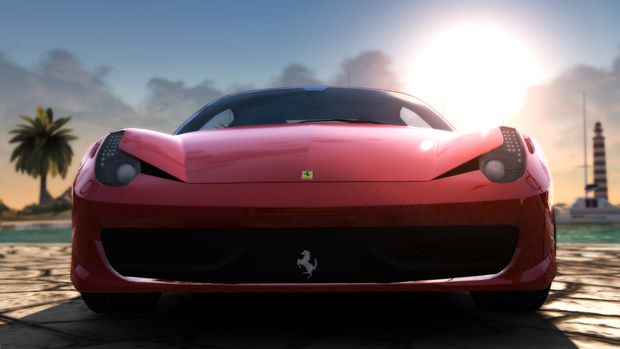 Before I tear this game apart, let’s start with a few positive points.  Yep, they did one or two things right like the “frim” system. Frim keeps you entertained by giving you points for dodging cars, driving fast, and pulling off smooth turns.  Every time that you manage to hit a new rank with the frim you have a chance to cash in, or continue for the chance at doubling your money. It only ends when you hit something, but it’s a fun way to keep you engaged while on long stretches of road and I found that I would always keep a close eye on my cash when doing it.

The second positive note is the vehicles.  There’s plenty of customizations available including paint, rims, stickers, one or two mechanical upgrades, and who doesn’t love pimping out their ride. The vehicles look spectacular.  They’re probably the prettiest thing in the game, which is a compliment to the car designers, and an insult to anyone that lives in Hawaii. 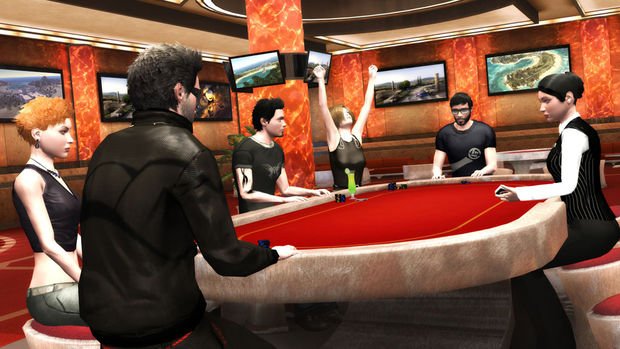 Then you go outside where you see that the environments already look drab, but add immense amounts of texture popping into the mix and you’ll quickly find yourself wishing you were playing one of the greats from 2010 that I had mentioned earlier. Environments aren’t the only bad part of the game as characters look stiff, unbelievable, and come completely packaged with some of the worst excuses for voice acting that I’ve ever heard.

Then there’s the fact that what should be the game’s biggest strength is broken.  Test Drive Unlimited 2 can best be described as an MMO racer without all the typical fun elements found in an MMO.  You know, like being able to play with other people.  You’re supposed to be in an open world where you can race anyone at anytime. Instead the only multiplayer you’re able to experience is the following notification.  “The Test Drive Unlimited 2 server is not available at this time.  Please try again later.”  This game is jacked up. 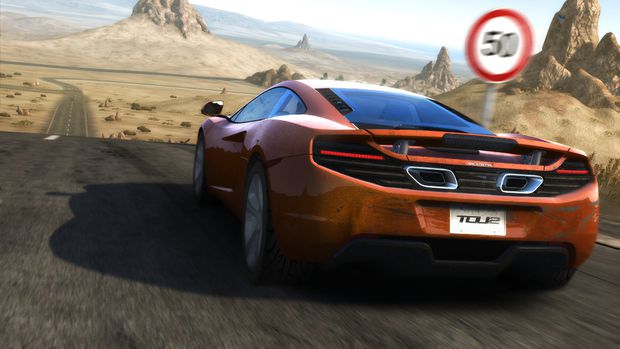 Not once was I able to join a quick match because the game either didn’t work or was unable to find another player.  I did host a race that consisted of myself and one other player though. Beforehand we made gestures at each other using the games built-in emotes, and then I raced the only other player I could find. I was promptly left in the dust. At least until the very end of the race when his Dodge viper spun out and I was able to win with my Camaro … only to watch the Viper be catapulted into the stratosphere. I’m not exaggerating, nor am I being facetious, that actually happened. I won a race and then watched a 10 cylinder, 3,000 lb Dodge Viper fly up, into the sky, and disappear.

Speaking of actual racing (which you’ll do from time to time) this portion of the game is mostly intact.  I would put it into the Gran Turismo category meaning it’s more realistic, something that I personally don’t prefer.  Thankfully they didn’t make it so rigid that any mistake will punish you.  You can mess up here and there and still come out ahead. The countdown before each race drove me nuts at first though. If you redline your RPMs it’s one of those games that just kill your car instead of letting you burn out until you let off of the gas. This is one aspect isn’t forgiving like other racers, actually if you’re just a little bit into the red (at least with your beginner car) the game kills the engine. Once I started getting better vehicles this problem seemed to disappear, or I had just adjusted by that point, but it’s very confusing as a new player. 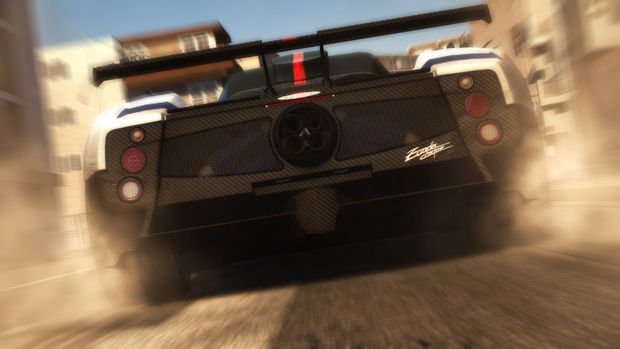 There’s over 90 vehicles to collect in the game, and a max level cap of 60 that you can reach by playing the campaign, racing other players in multiplayer, and by finding new locations in the games humongous world. It’s just a shame that the campaign consists of annoying voice actors that are almost unbearable to listen to, multiplayer is near non-existent, and finding a new location involves driving for extended periods of time through dull, boring terrain.

Test Drive Unlimited 2 isn’t a horrible game. It’s just surrounded by a bug filled world, glitchy gameplay, and a core mechanic that doesn’t function.  Maybe with a patch the glaring faults will be corrected, but in this state I would not recommend it for racing fans.