Can not use HUMAN REMAINS

I’ve never played the original System Shock. I understand how important it was to the RPG and FPS genres as a whole, but I was five years old when it came out, which is slightly too young to appreciate it. I’ve played the second in the series, which I love, and have always wondered about the first game.

Luckily, GOG.com has re-released it as System Shock: Enhanced Edition, which comes with many upgrades to the original version. It’s been over 20 years since the game first hit the market, and it seems to have aged like a fine wine. 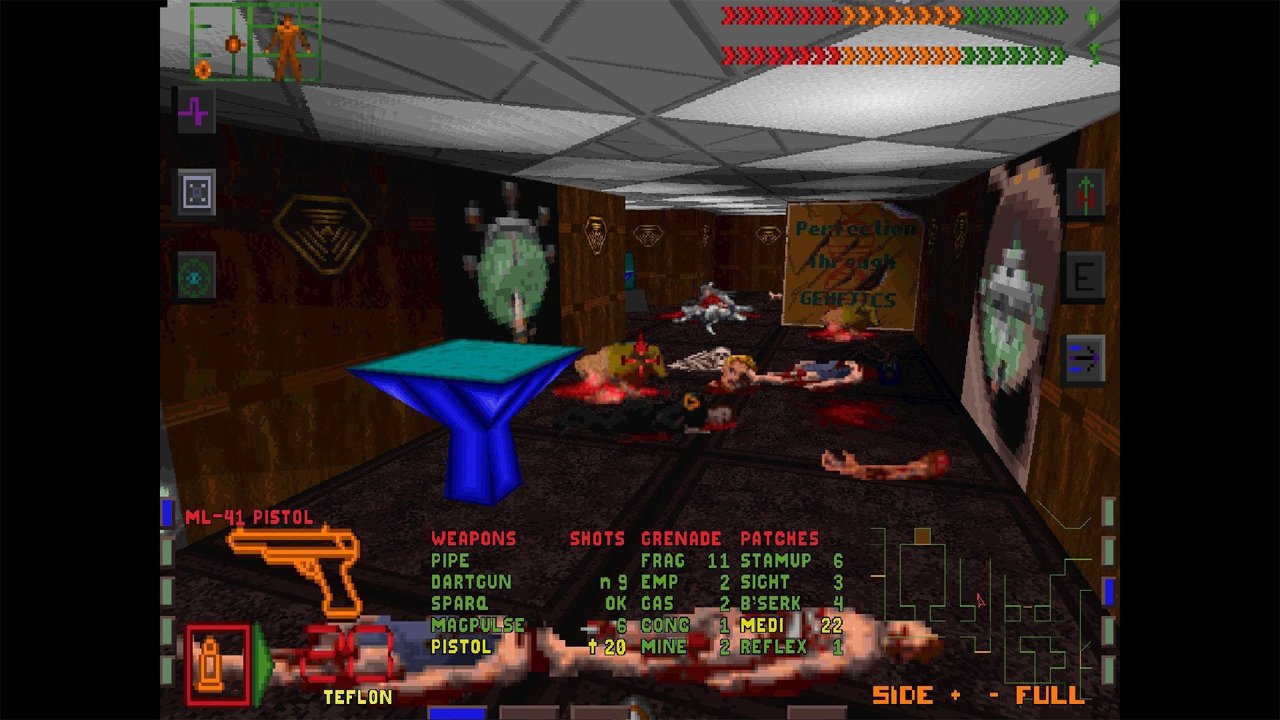 The first thing to address is what has actually been updated in this “enhanced” version. Since buying the Enhanced Edition comes with the original, it was easy to compare the two, despite me never playing it previously. The updated version’s aesthetic is just overall better. The game sounds and looks much better, with smooth textures and crisp audio.

Controls are also much more user-friendly. Pressing the E key will switch between locked and free mouselook, which is a huge upgrade compared. Players will be going back and forth rather frequently, so having this process streamlined is a godsend.

The atmosphere of System Shock is always touted as one of its strongest points. The physical atmosphere can be creepy at times, with blood sprawled on the wall spelling messages of help and warning, but some of the music tracks just kill any sense of dread or fear in the player. It’s certainly not bad music, but it doesn’t quite fit in with the overall aesthetic and feels….funky. Like, ToeJam and Earl funky.

There are also a TON of sound effects that are often played on top of each other. The resulting cacophony of noise is anything but pleasant. Hell, just fighting a couple of cyborgs results in the “BEEBAPOBEEBAPO” of the enemies layered on top of the sounds of the player’s weapon of choice, which is rough to listen to. Don’t get me wrong, there are moments where the sound is the strongest factor, but the lousy parts are just as memorable, and for all the wrong reasons.

Despite being over 20 years old, System Shock plays rather well, though it has its quirks. The movement is a bit janky, like the fact that moving diagonally is way faster than simply going in a straight line. The user interface is easily maneuvered, and I recommend that players use the fullscreen mode — it minimizes most of the interface and increases the visibility of the environment. Plus, with the updated textures, things don’t look horrible when they take up the entire screen.

Combat is simple and easy to understand. Since switching between free and locked mouselook is a button press away, it’s quick to adjust to various combat situations. Using the user interface to switch weapons may take some getting used to, but it’s not complicated to figure out and eventually becomes second nature.

Generally, the question of “Why don’t I just buy and mod the original version?” comes up. To this, I say good luck finding it! System Shock: Enhanced Edition is, for all intents and purposes, the only way to play the original game if you don’t happen to already own it. Even if the old version were available, the enhanced version is at a great price and packs in all of the common mods to make the game much more enjoyable. 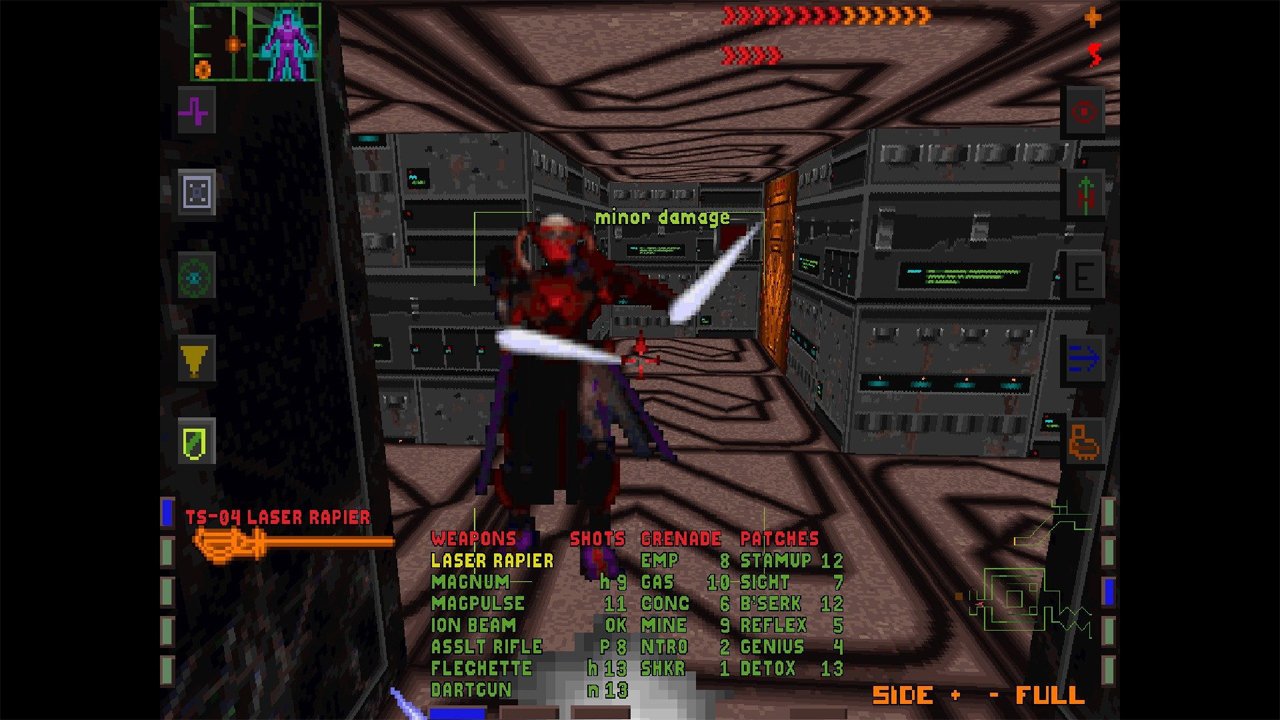 Perhaps the best part about System Shock, which is naturally still part of the game, is the ability to customize the difficulty in every aspect. Combat, puzzles, missions, and Cyberspace can all be altered to a difficulty of zero to four. Combat and puzzles are rather self-explanatory, while lowering the mission difficulty removes plot elements and changing the Cyberspace difficulty alters the time limit and challenge of those segments.

While certain aspects of System Shock don’t hold up in today’s world, a surprising amount of them do. New players, like myself, can jump right in and have a very enjoyable experience, full of atmosphere and action. The enhanced version is exactly what it claims to be, and makes the game way more playable than the original version. If you’ve ever been curious about the first title in the System Shock series, now is the best time to jump in!