I miss the stylus

Super Mario Maker is one of those console defining games. On the Wii U, it represented one of the best uses of the system’s tablet controller and offered players a chance to show off their level design skills in the one way Nintendo wouldn’t issue a DMCA notice against. While Nintendo did include some of its own created levels in the final product, the actual life and longevity of the game were determined by the community and how well it globbed onto the simple interface and extensive number of level-design options.

Anyone who kept up with it in the months and years after it launched will tell you user-created courses were a mixed bag. There is a legitimate number of great levels made by members of the community, but also so much crap. That crap returns in Super Mario Marker 2, even though Nintendo went above and beyond to give players the ultimate level creator toolkit. 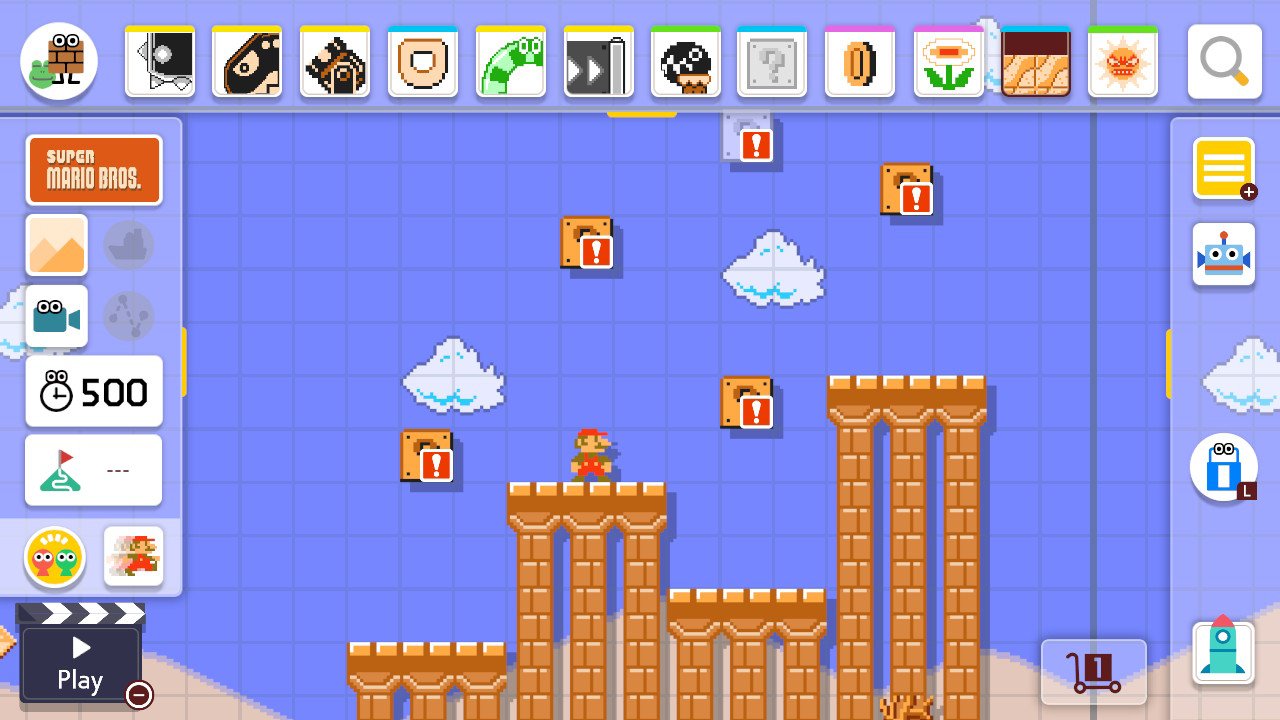 I remember before the original Super Mario Maker released, one of the biggest grievances reviewers had with it was the unnecessary waiting period it applied to players to unlock all of the course design options. There was a workaround for this and eventually, it was removed via an update, but when word of this time-gate got out, it was obvious Nintendo thought the process of designing a Super Mario level might overwhelm players, even those who had been playing since the 1980s. It wanted to hold our hands, to slowly walk us through the techniques it had been perfecting for 30 years.

Super Mario Maker 2 would rather push players directly into the deep end. Outside of a few special items, everything you need to create outstanding Super Mario levels is ready right from the start. Does this mean we’ll be seeing outstanding levels quickly pop-up in Course World? Of course not, but it does allow those like me who sunk hours into the original to pick up right where they left off.

I left Super Mario Maker with a checklist of improvements I wanted to see in the inevitable sequel. Some of it I knew wouldn’t happen, like letting us chain together levels to create our own worlds, but Nintendo managed to tick off most of my list as well as surprise me with some new options I didn’t even consider. Slopes, perhaps the most requested feature from the first game, are here along with enemies like the Angry Sun and Boom Boom and a few new level themes that span each of the Mario game styles. I love seeing Super Mario Bros. levels that feature snow and desert landscapes, though I wish Maker 2 would let me pick the design of my ground pieces in the 8-bit game styles. In the desert-themed levels, it will automatically transform a single vertical column of ground pieces into either a pipe or a desert plant that’s a brown version of the underwater coral, which is a design I don’t really care for.

Perhaps my favorite addition is night mode and the various effects it has on the levels you make. From altering gravity to turning the screen upside down, it fundamentally alters how each level is played and the courses created by Nintendo give a great look at how this feature can be memorably utilized. There are also the new vertical sub-areas that have already led to the creation of at least one stupendous level, scroll stop, win conditions and the new Super Mario 3D World game style that brings many of the elements from that masterpiece into the Mario Maker fold.

If you are a creator-type, a person who’ll buy this game to make levels, you really couldn’t ask for more. Yes, I miss the precision of the stylus that came with the Wii U and I really wish Nintendo would have sold the stylus it created for this game here in the states, but a finger works well enough and designing courses while in docked mode is quite intuitive once you get a feel for how it works. Whichever way you choose to create, Super Mario Maker 2 has just about everything you need to make thoughtful, challenging, and memorable levels. Now if only we could get the community to actually do that.

I’ve been playing this game since it launched and I have to say that overall, I’m pretty disappointed with what I’ve seen. There have been some gems, mostly levels I find out about on Twitter or Reddit, but most of my experience in the various play modes has been saddled with crap. The Nintendo-created single-player levels of the story mode are quite creative and great examples of what you can do with the toolkit it’s given you. A majority of the levels I’ve encountered in Course World are the opposite of that. 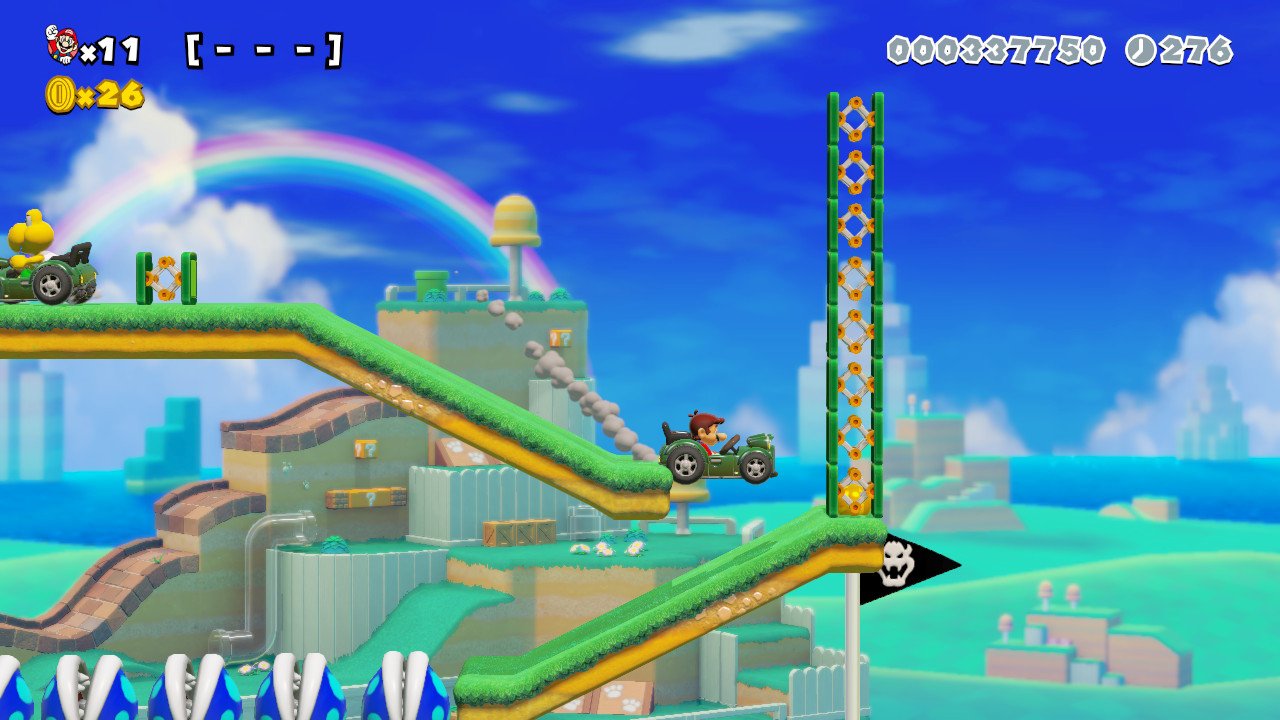 Course World is split up into three different play options and a leaderboard. The standard Courses mode works the same as it did the last time around. You can search by course ID; browse hot, new, or popular courses; or use the thorough search options to whittle down the selection of levels to those that match your preferences. Levels you like can be downloaded, however, players cannot edit them this time around.

Endless Challenge replaces the 10 Mario Challenge from the first game, letting players attack an endless number of levels with a set number of lives. Network Play offers a few multiplayer options, including cooperative and competitive play with strangers online or local play with friends. Online play with friends will be coming in an update, but it won’t make that much of a difference if the online stability isn’t improved. Most of my attempts at both co-op and competitive play have been hampered by a poor connection and disconnects, with the speed of the game slowing down drastically until it’s like every level is an underwater level. Even when I have full Wi-Fi bars, it’s no guarantee the online will work well. Thank god we don’t have to pay for online play on Switch. 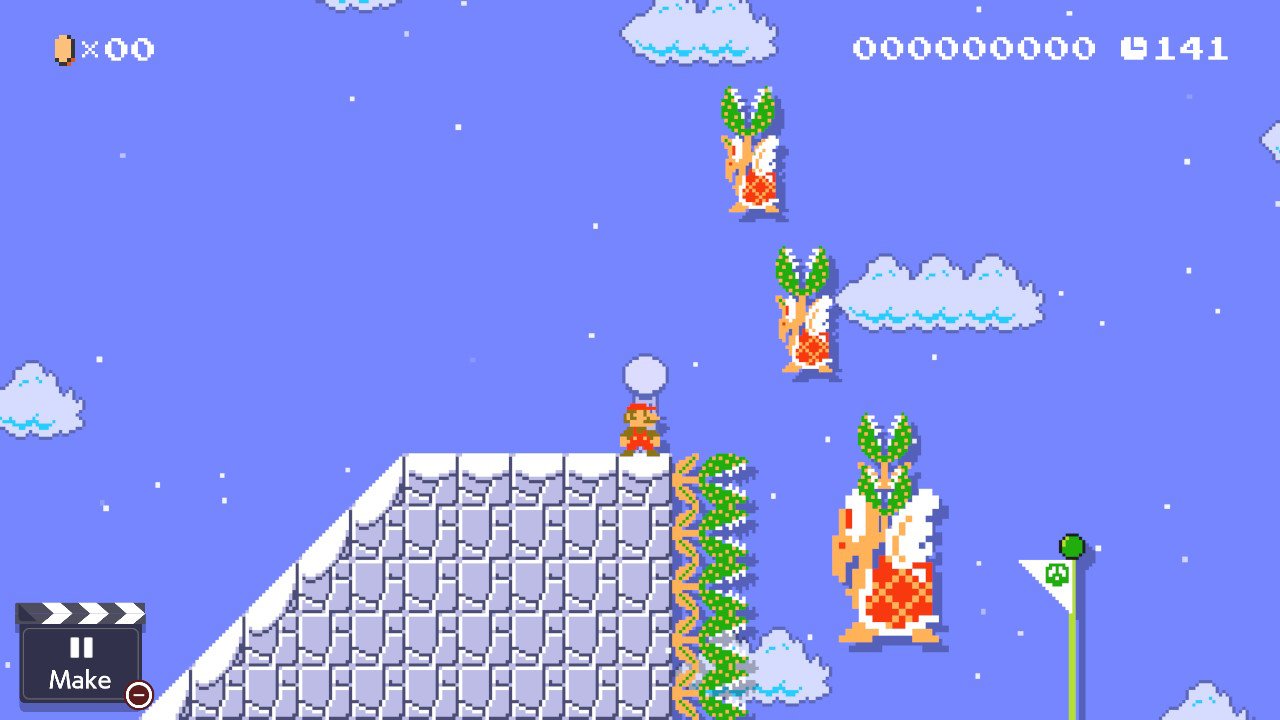 But even if the Network Play worked flawlessly, there would still be issues with the quality of the levels available. This is the conundrum of creating a game where players are expected to provide a majority of the content. There is no guarantee the content will be any good, and thanks to the popularity and intuitive nature of Super Mario Maker 2, you’re going to get a lot of people clogging up the Endless Challenge and multiplayer modes with courses that have no business being played by anyone. I’ve already encountered more than a dozen stages designed around a random hidden block and a sub-25-second time limit. The first level I played in Endless Challenge was over in 10 seconds.

Most of the courses I’ve encountered so far has been a colossal waste of my time, with roughly eight out of ten levels netting a “Boo” rating from me. There have been a few decent stages, but they’re few and far in between. That’s the challenge of reviewing a game like Super Mario Maker 2. Because if I were just judging it as a level-creator toolkit, it would be second to none. An improvement in possibilities over the original, in the right hands it could lead to courses better than even Miyamoto could create.

But that toolkit is only half of the equation. The other half is a platform game with no quality control, no impetus for putting legitimate effort into your original designs, and no way to weed out poor content creators other than trusting that players will be able to discern the difference between a bad level and good level and rate them accordingly. Given how many positive messages I’ve seen attached to genuinely bad stages, I don’t have much faith in the Mario Maker community right now and I question whether it’ll get better down the line.