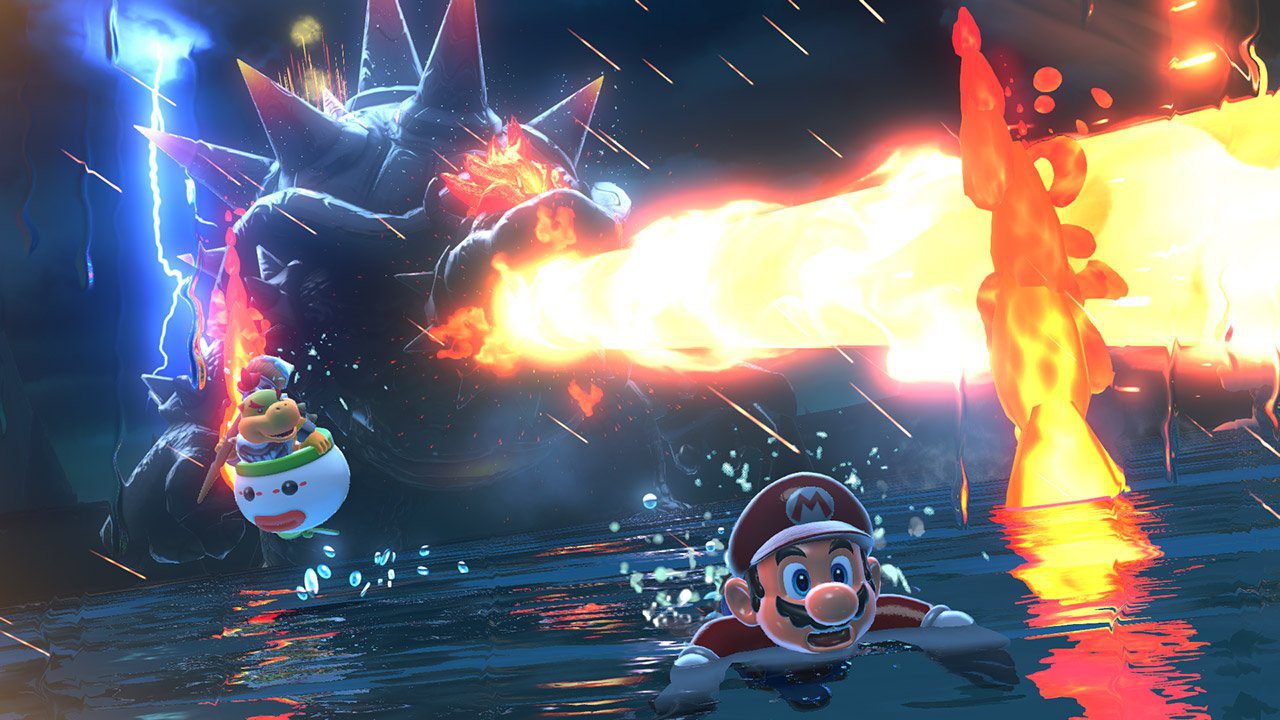 Super Mario 3D World holds a special place in my heart for several reasons; but chiefly, it was the first game I covered as the head of reviews at Destructoid. That was nearly eight years ago.

As I stated with many, many words, it quickly cemented itself as one of the best modern Mario games ever made, but a lot of folks were quick to mention that they had no intention of owning a Wii U.

Well, now you have no excuse! 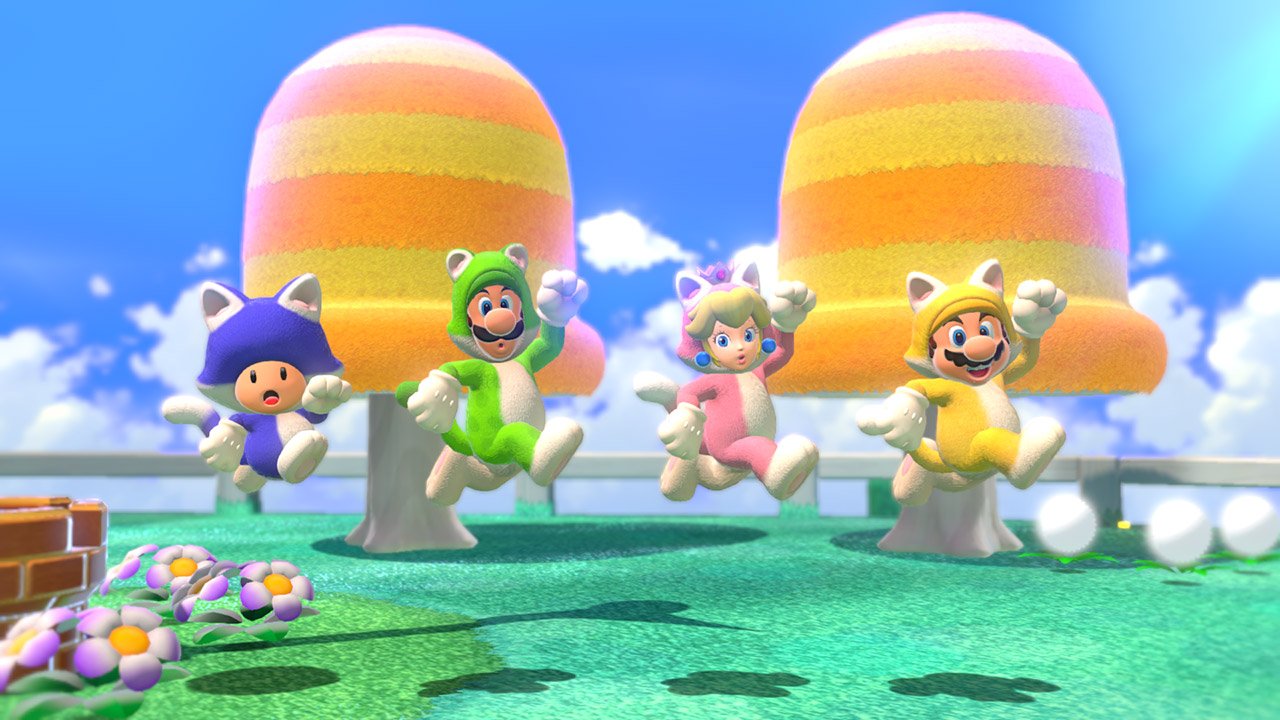 Super Mario 3D World didn’t get the recognition it deserved on Wii U. It was slept on. Disrespected even, just like Luigi is routinely disrespected by Nintendo. But now it’s back on a platform that wasn’t forgotten shortly after launch (burn). People will remember it this time.

I’m only going to briefly talk about 3D World here because it’s mostly the same as the 2013 original I extensively covered in my original review. It’s still great, mind you! And with online play, it’ll be even easier to rope others in. The mechanical “speed increase,” while subtle at first, really makes a difference on a heap of levels and brings 3D World up a notch, action-wise.

It still has everything that made me fall in love the first time. Strong and varied level design. Fantastic and interactive power-ups. And the option for multiplayer that feels less cramped than some of the other 2D offerings. But enough about 3D World, let’s talk about Bowser’s Fury, since a lot of you are probably dying to know what it even is.

It’s an experiment, as far as I can tell! But a darn good one.

Almost like the blueprint for a new full open world Mario adventure, Bowser’s Fury plops Mario (and partner Bowser Jr., who can be controlled by the AI or a local friend) into a new sandbox that takes around three hours to finish, and five hours to 100%. That’s a little on the short side! But given that I immediately loaded up a new save file and played it all over again, there’s something special there.

Like a lot of fleeting romps, it never overstays its welcome. Bowser’s Fury might not be as long as a full Mario game, but it feels as mighty as one when you’re actually playing it. All the while, Bowser can awaken and wreck your day with projectiles in Fury mode, shifting the map in the process. While it’s not that unpredictable it does offer up a sense of tension, as you’re often just about to clear a stage before that extra Fury wrinkle pops in. The first time Bowser wakes up and that metal theme hits just right, it immediately sucks you into its unique world.

Your end goal is to grab enough Cat Shines to square off against the final boss (at which point the credits will roll), or go for every Shine for a 100% rating. So basically, it plays out like the majority of 3D Mario games since 64. It also never really asks too much of you. Puzzles are generally uniform in each portion of the map (red coin hunts, get Bowser to blow up a specific set of blocks, get to the end of a course), but they’re always fun. A few are even very well hidden, to the point where some of you may even seek out a guide. But those are exceptions rather than the rule. 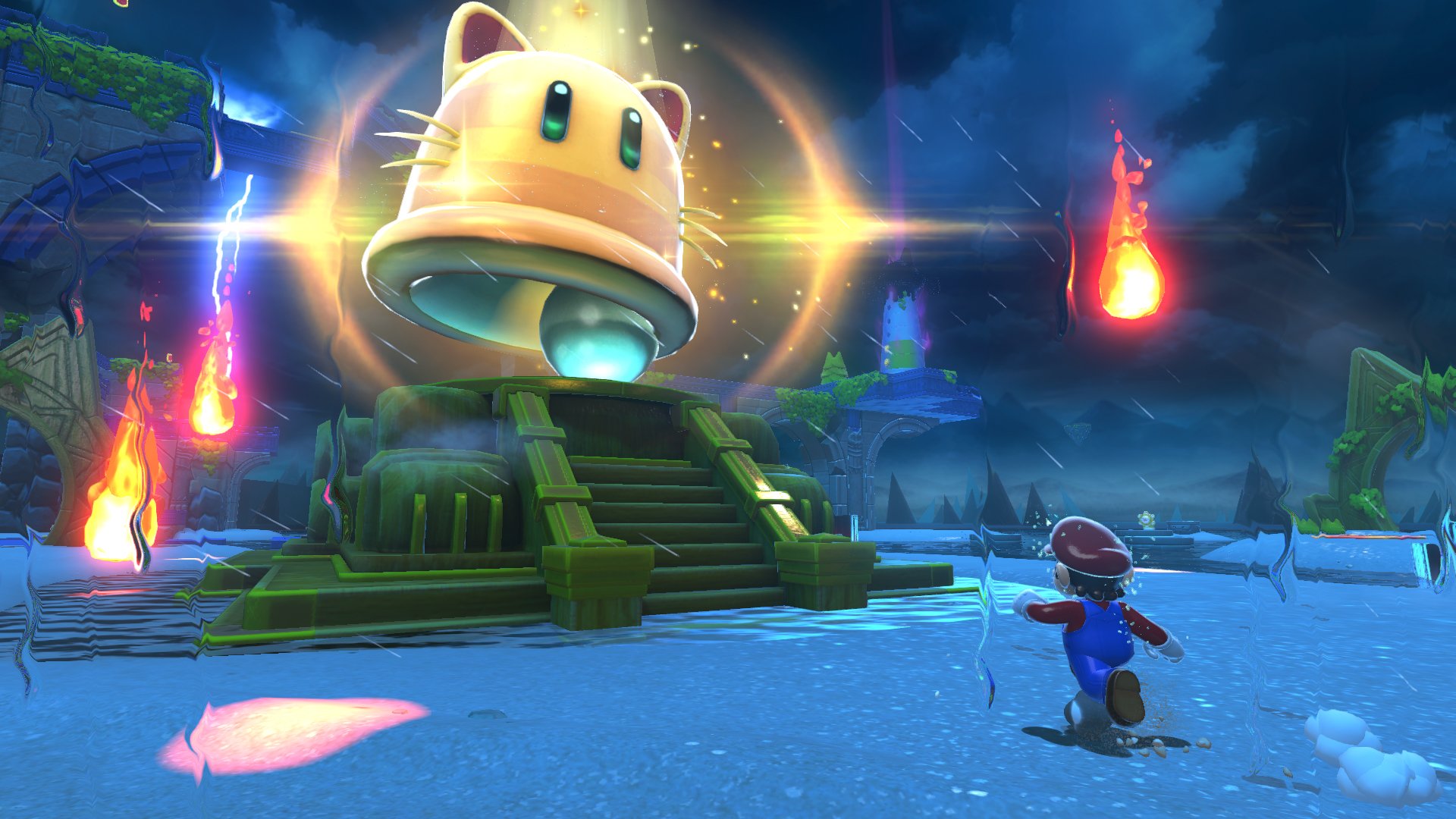 It’s breezy and that’s a good thing. Oftentimes I’d spend an inordinate amount of time just exploring the world, taking in the sights (and the draw distance). It also has a good degree of variance if you’re looking for a challenge. Bowser Jr.’s AI can be toggled to do nothing or help you defeat enemies and grab power-ups, and an on-demand item inventory (that plops out power-ups) lets you stay in control even during heated moments. It even has a mount, as your trusty steed Plessie can be ridden to navigate the vast waters of the map; and once you meet a certain requirement, fast travel for key locations is unlocked. And that’s Bowser’s Fury.

To be clear, I’d still wholly recommend this version of 3D World even without Bowser’s Fury. The tweaks are small overall, and Bowser’s Fury isn’t going to sate the most hardcore of Mario fans looking for a brand new game, but the package as a whole is magical. If you were one of the many who missed out on this Wii U classic, fix that.