This is a weird one

Despite the fact that this game has been in development for a few years now, I only just heard about it a couple weeks ago. It sports a delightful hand-drawn aesthetic, and the gameplay borrows from all across the spectrum. If Super Daryl Deluxe is nothing else, it’s definitely an interesting game.

The story revolves around a silent protagonist with all of the grace and style of a dead plant. It’s part of his charm. He attends an inter-dimensional high school where some funky stuff is going down. Nothing is quite as it seems here, and while it leaves a bit to be desired, it more than serves its purpose as a stage for Daryl’s journey. 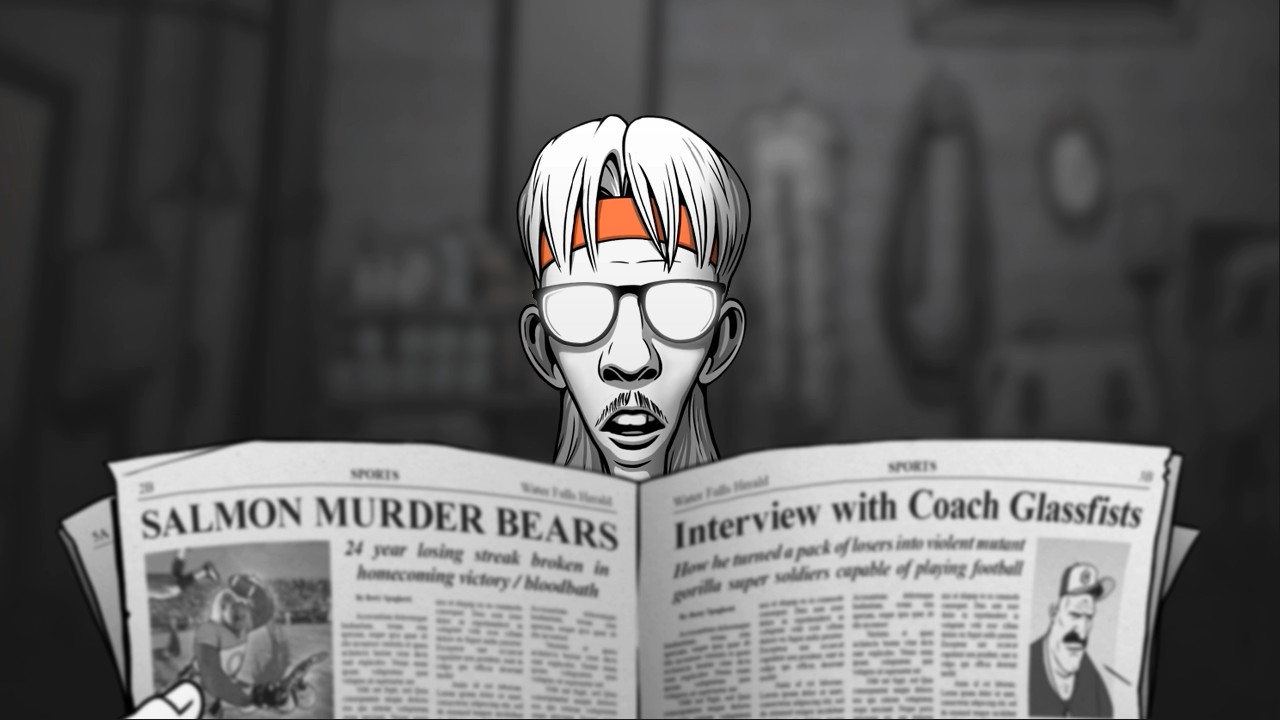 The jokes have a tendency to fall flat on their face at times, but its unwavering commitment to total dingus humor has a bizarre way of weaseling itself into your heart. I found myself both cringing and laughing in equal measure. The script definitely won’t be winning any awards any time soon, but it’s endearing as all hell when it hits its stride.

Across your journey as Daryl, you’ll fight handsome, muscle-bound cacti, goblins, sentient musical instruments, and all sorts of bizarre creatures that are clearly the product of either a deranged mind or copious amounts of drugs. I’ve played a lot of video games in my thirty plus years on this planet, and I’ve never encountered anything quite like Super Daryl Deluxe.

The gameplay takes a bit to fully wrap your head around. While it borrows haphazardly from the metroidvania school of thought, it equally shows its appreciation for RPGs as well as old-school point-and-click adventures.

When you start out, you’ve got four offensive and one dodge ability that you can equip. The four attacks can be mapped to suit your preference, but it doesn’t really affect much in terms of efficiency. All of these skills are upgradeable, and later in the game, you’ll gain access to four more slots, which you can switch between on the fly using the right trigger.

Unfortunately, the combat itself is rather clunky, and actions have a certain amount of float to them, which is less than ideal. These skirmishes are rarely challenging, but it can certainly become frustrating at times. Once you’ve upgraded abilities and leveled up your character, it hardly even matters, but there’s never a point where it truly feels like fights come down to pure skill. Considering its inspirations, this was a severe letdown.

Much like Skyrim, you’re given a quest log of one main objective and an insane amount of, completely optional, side quests. While you can technically beat the game in about ten to fifteen hours, you’d be robbing yourself of one of the most enjoyable aspects: the side stories. They’re not super deep or anything, but enough of the jokes hit home that I found them to be an integral part of the overall presentation, and they add an insane amount of playtime too. 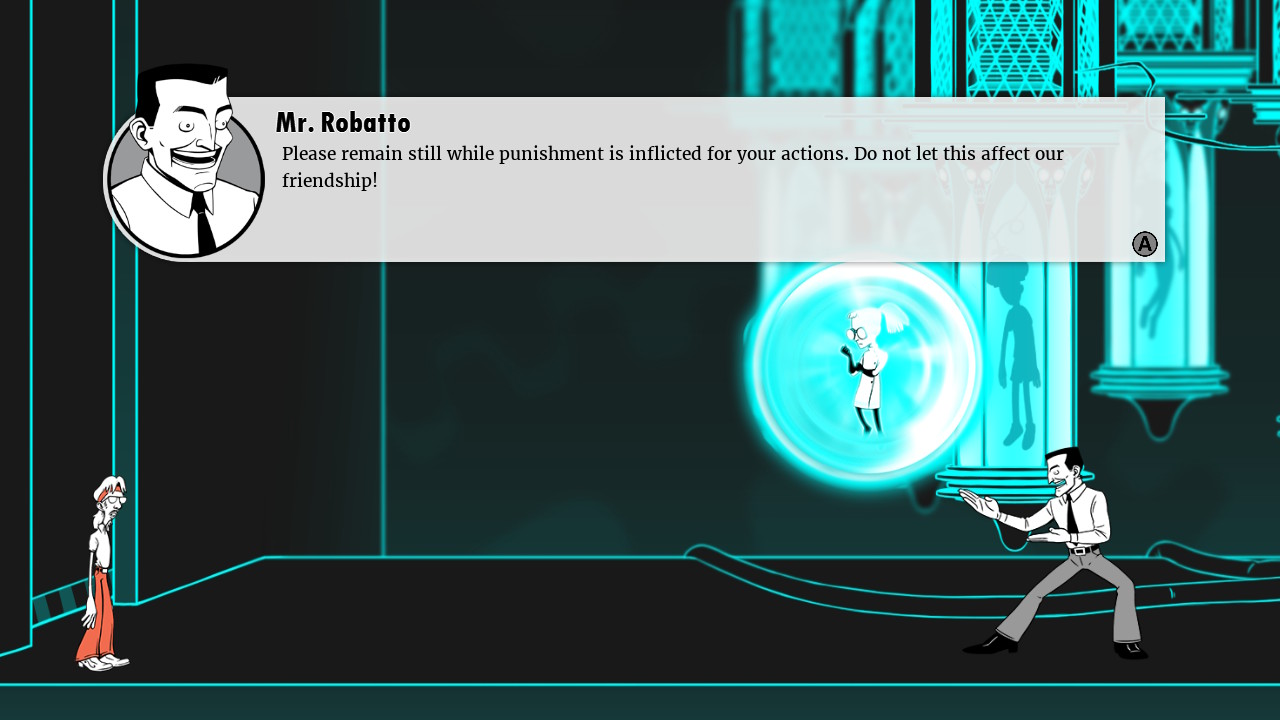 One of my biggest complaints is the dodgy map and quest markers. You’ll often find yourself lost, and this is where those point-and-click influences come into play. You genuinely have to explore the world in order to progress. Oftentimes, you’ll be looking for one dumb item and discover new characters who insist that you find some other dumb item in the process. Yes, these mostly amount to basic fetch quests, but, and your mileage may vary, they never felt that way to me.

The artwork, on the other hand, is absolutely phenomenal. Seriously, everything looks so damn goofy and lovingly crafted that it’s hard not to stop and stare. It’s completely lacking of the normal pretension in hand-drawn games, and that may cause some folks to overlook it, but it’s pretty goddamn impressive when you stop and think about it. 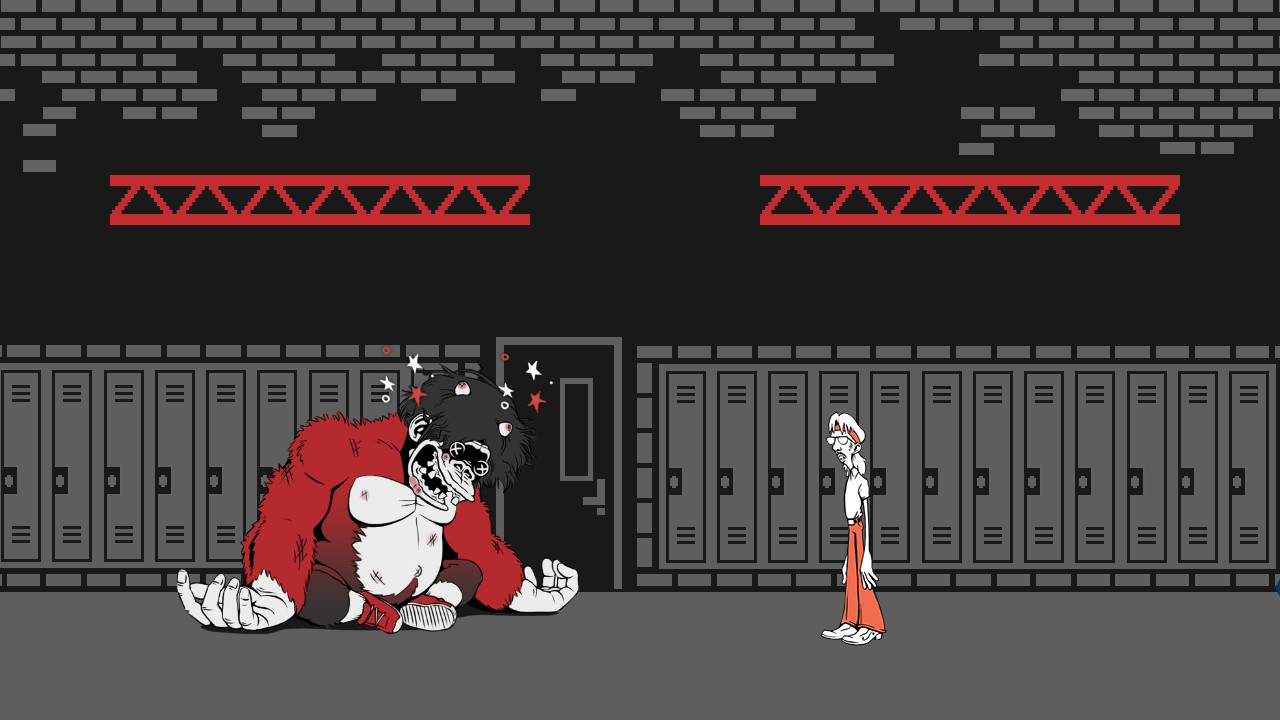 Overall, Super Daryl Deluxe is a bit of a mixed bag. I highly enjoyed my time with it, but it’s difficult to ignore the glaring faults in design. Too often, I’d find myself without any idea of how to progress, and the combat is a tad too mindless to make up for that. On the other hand, the ridiculous jokes, presentation, and story are downright wonderful. There were these very palpable moments when it all just positively broke me, and I’d giggle like I was ten years old again laughing at fart jokes.

It’s a really fucking stupid game, and that’s what I loved about it. It seems like it’s almost doomed to be overlooked, but this is a classic case of the pros outweighing the cons. Super Daryl Deluxe has cult classic written all over it. It’s a genuinely good time, but it makes you fight to find that enjoyment. There are a lot of things that I would change about the game, but I don’t, for even one second, regret playing it.

There’s so much passion on display here. The two guys who created this were definitely onto something, and I’ll be there day one for whatever they cook up next.