If I hadn’t been reviewing so many of them lately, I would have thought the shoot-em-up genre was dead.  Apparently I was wrong as I’ve reviewed more games from this genre than any other over the last six months. Strania – The Stella Machina is the latest title that I’ve had the opportunity to play and it’s currently available on Xbox Live for 800 Microsoft Points.

Why it’s so expensive I do not know. 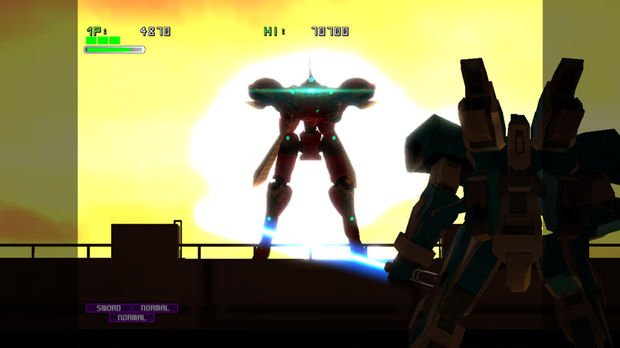 When you fire up this title for the first time you’re greeted with a typical splash screen. You can select the different modes, and options, but the distinct lack of music is instantly off putting. As you navigate the menu, you’re welcomed with harsh noises letting you know that you’ve moved the cursor. This is your first impression of the game, and the only explanation I can come up with is that they had to rush and throw it together.

This amateurish first impression is covering up what amounts to an average shooter. The hook of the title is that you can get some unique power ups like a sword that you can slice through enemies with, but the other items are fairly average like a spread shot, side shot, laser, and more. 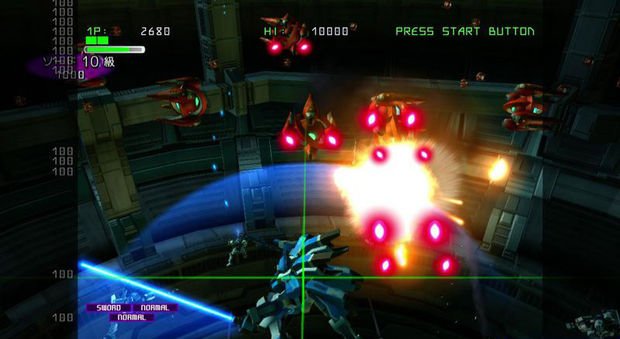 Strania‘s next mistake is that it uses the “screw-you-over system.” If you have an awesome weapon combination, and a new item comes onto the screen that’s awful, you need to avoid it at all costs. If you even touch it, your superior combo will be replaced with what could be a mess. There were many times that I was flying around with a nice spread shot side gun combo only to have one of the items replaced with a sword. I hate it when shooters do this.

The difficulty level is also quite high. You get a maximum of 3 lives, and even if you have continues turned on they seem to do nothing. I tried to set my lives to 3 with a continue option turned on, but once I go through my 3 lives the game would just end. Either I’m an idiot, or the continue functionality does not work. 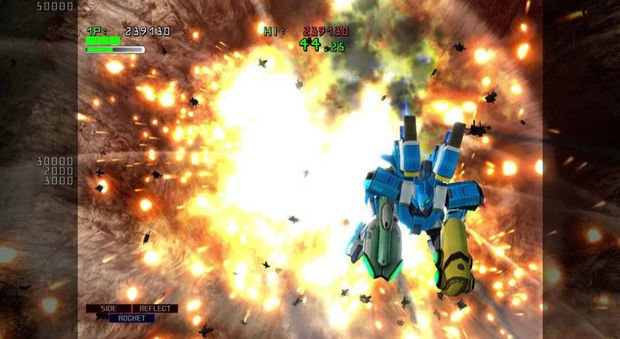 It’s a struggle to find them, but there are a few plus points to note. One area that’s impressive is the visuals. There are mini-action moments spread throughout the game, including explosions that erupt in the background as the camera spins around your 3D character before he flies toward the camera.  There are also showdowns where an enemy will be highlighted in the distance before tackling the player head-on. These little moments set alongside some pretty level design make up the games biggest strengths.  It’s just a shame that the rest of the product feels a bit flat.

Even the sound is bland. There are no beats that will stick out in your mind, and the different sounds of the weapons all mush together to make an unimpressive stew of mediocrity. The fact that the music just ends after a level leaving you with nothing but the sound of your mech jets should tell you that someone was being lazy. There should be some kind of victory sequence tune, but it isn’t present. 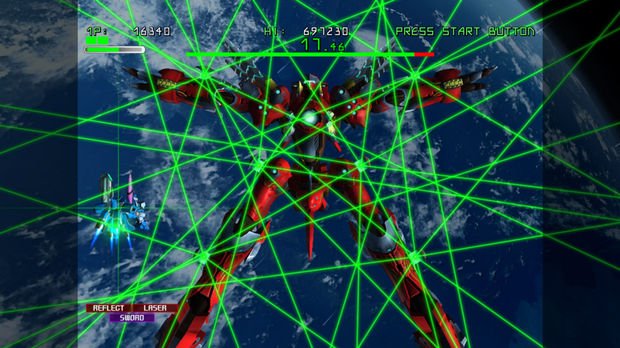 Multiplayer is non-existent. There’s an option for it on the main menu, and while local multiplayer works fine allowing you to team up with a friend to take down the bad guys, the online functionality is broken.  If you want to go online there’s little to no chance that you’ll find a game. If there are fans of the game reading this, I’m sorry, but no one is playing Strania.  You’ll just have to call up a buddy to pick up a controller and sit next to you if you want some co-op action.

I’ve gotten some enjoyment out of the shooters that have appeared on Xbox Live Arcade as of late, but this one just fell flat.  It uses an outdated weapon changing system that’s more annoying than useful, doesn’t do enough to engage the player in combat, and feels unfinished.  If Strania had some more time to add some additional touches I think there could be a decent shooter here.  As it stands now, I’ll have to tell you to pass on it.