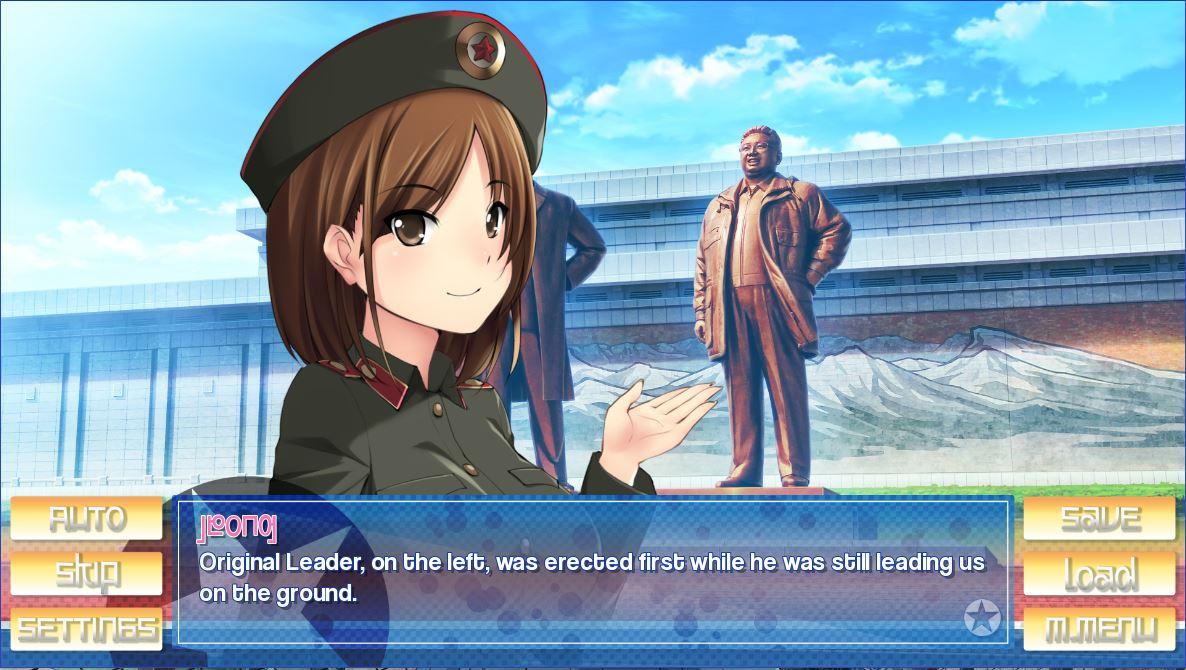 Never too late to get lewd in North Korea

Did you like Go! Go! Nippon!? Want more? Well DEVGRU-P has your back, taking the format from OVERDRIVE’s hit visual novel and putting that in the Democratic People’s Republic of Korea (also known as North Korea). Just from the game’s title, you know exactly what you are getting: a copycat.

I went to type “parody” in the previous sentence, but deleted it. Stay! Stay! Democratic People’s Republic of Korea! follows the same gameplay and plot structures from Go! Go! Nippon! not to make any jokes regarding it, but a legitimate attempt to make their own game. And a proper, finished game it is despite a small budget which it breaks the fourth wall to mention multiple times. 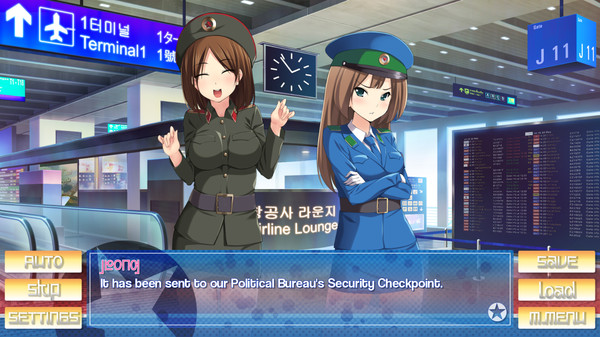 It is really a awkward situation to have a full game based completely on another but from a completely different company and somehow not being sued or something. Yeah, you saw the release date — this is one of those “when I get to it” reviews, which I do regret. However, one reason I kept putting it off until tomorrow was my uncertainty on how to evaluate a game when its good and bad points stem back to the game it copied.

In Go! Go! Nippon!, you come to visit your pen-pals in Japan, who turn out to be girls. They take you around to different parts of Japan on dates to introduce the areas to you with real information. You gain affection simply by going on more dates with one than the other.

In Stay! Stay! DPRK!, it’s very similar: you are a U.S. marine visiting North Korea on vacation from Afghanistan to see your two male pen-pals, Eunji and Jeong, in the North Korean Army. Oops, they’re girls and they’re going to show you around the DPRK, and you earn affection when dating one. 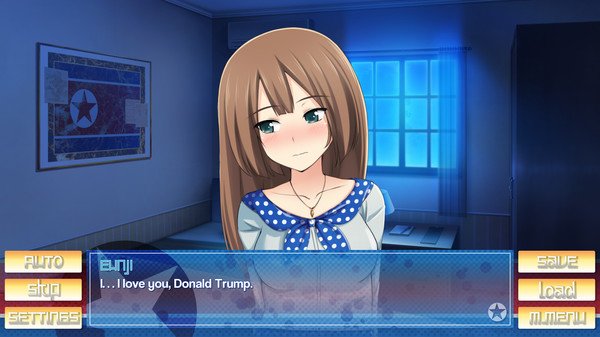 Eunji and Jeong’s characterization is a mirror of Makoto and Akira. Like Makoto, Eunji is busty older sister who constantly wears a huge smile. Like Akira, Jeong is the younger sister who envies big sis. Jeong is more of a “tsundere,” as the kids say, than Akira however, nearly constantly trying to punish you for something. So naturally I took the Jeong route.

Despite being an intentionally obvious copy of Go! Go! Nippon!, interacting with the girls was enjoyable since it is a new story and new characters despite having the exact same character development, especially since I went with Jeong who was a bit different than Akira as aforementioned. Not to spoil, but if you played Go! Go! Nippon! you can expect the exact same developments and personalities as you get to know these girls more.

The special scenes, you know which ones, are also identical shots to the ones in Go! Go! Nippon! although in a different set of events with more comical happenings than the relatively serious tone of Go! Go! Nippon!. That’s the key element here: everything you experience is extremely familiar, but just different enough to feel like a new experience. 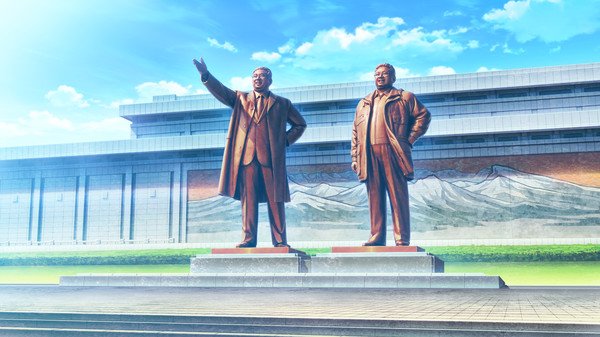 There are a few main differences which keep the game from stacking up however. The most glaring one is the lack of accurate information regarding the country and locations. While the locations are real and the art captures them very well, there is more talk with the girls rather than facts and history. While characterization is arguably more important, part of the appeal of Go! Go! Nippon! was its ability to act as a farce travel guide for those who haven’t been to Japan.

Even if they choose not to lean so much into the facts, they could have at least put in some accurate things (to be fair, I can’t confirm any of the talk about soccer teams Jeong brings up). At least get the leader titles correct instead of referring to all of them as just “leader.” It’s something DPRK soldiers would know of all people, and they would also have portraits of Kim Il-Sung and Kim Jong-il in their house. 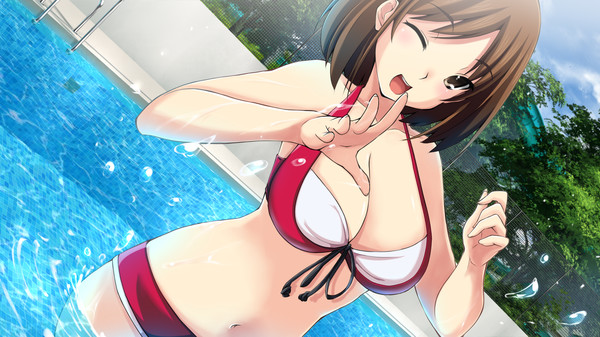 Yes, the game takes on a more comedic tone than a serious one, but it takes itself serious enough to where it needed more grounded reality about the country. Instead, it relies on tired memes and misconceptions about the country to make jokes. The ending suddenly becomes very serious, if somewhat predictable given the setting and perspective from which the game is made. Predictable until the actual end of the game, which is literally a meme.

The meme ending could have been funny, but it’s just a little too random after a serious and interesting plot development. The game took itself too seriously to justify a joke ending, and sorry if this is all slightly spoiler-ly, but there is seemingly no closure with whatever girl you choose. I say seemingly because I only played through the game once, and there were few dialogue options to make. I reloaded to try different options a few times which only altered a line or two, but any effect on an ending remained invisible to me.

While the characters are fun, much of their characterization comes from Go! Go! Nippon!, as does the idea of visiting various places to earn date points. Not talking about the locations much defeats the purpose of the traveling format, and the plot wavers between comedy, romance, and real drama too much to fully capture you on any point. The lack of accuracy on the country lessens the impact of the serious moments as well.