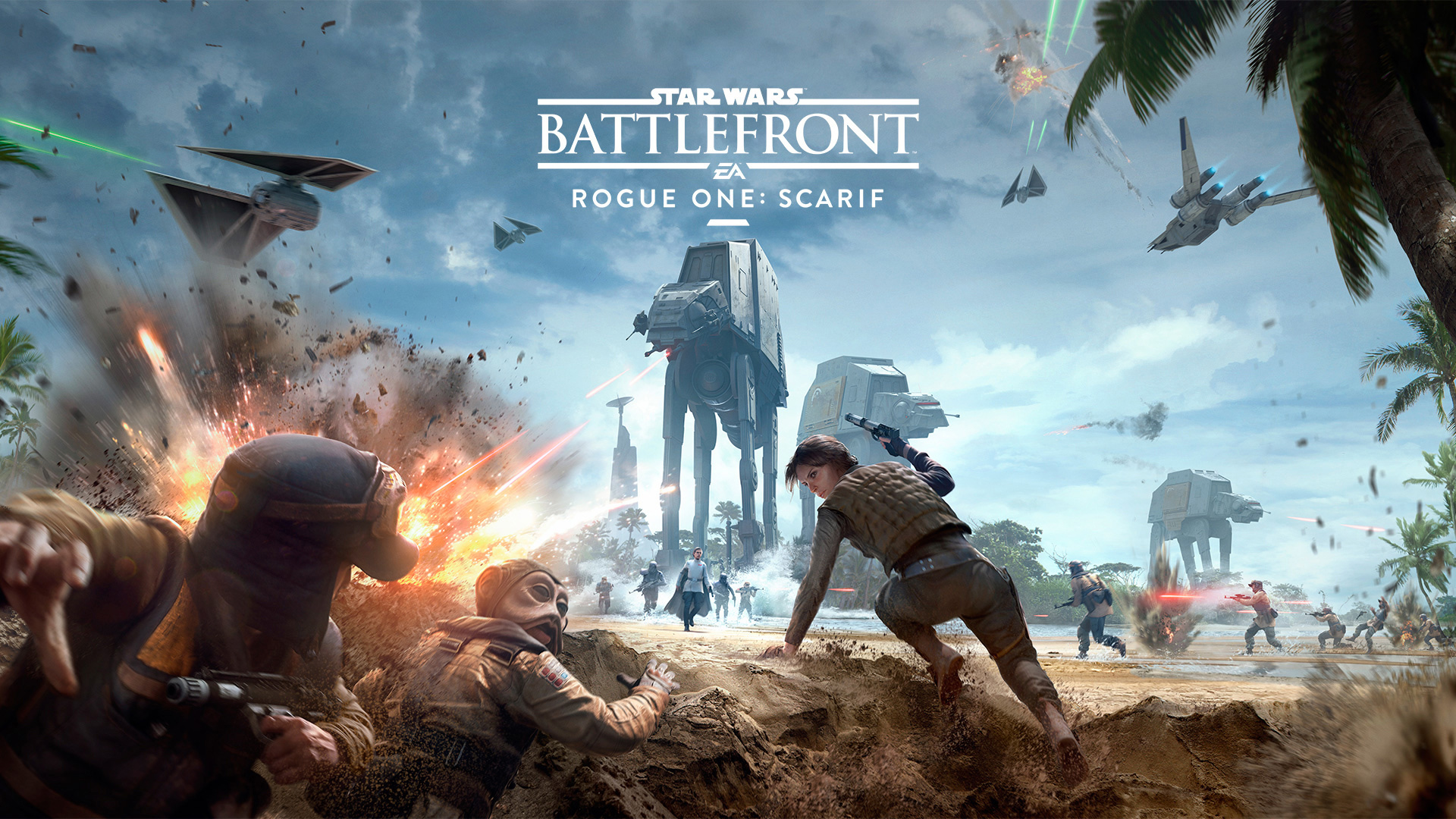 The Star Wars Battlefront season pass has gone from the nostalgic and iconic with its Death Star expansion straight into unfamiliar territory. The game’s fourth and final add-on, Rogue One: Scarif, draws from the upcoming spin-off movie and its tropical beach planet.

Does it end on a high note? Mostly. 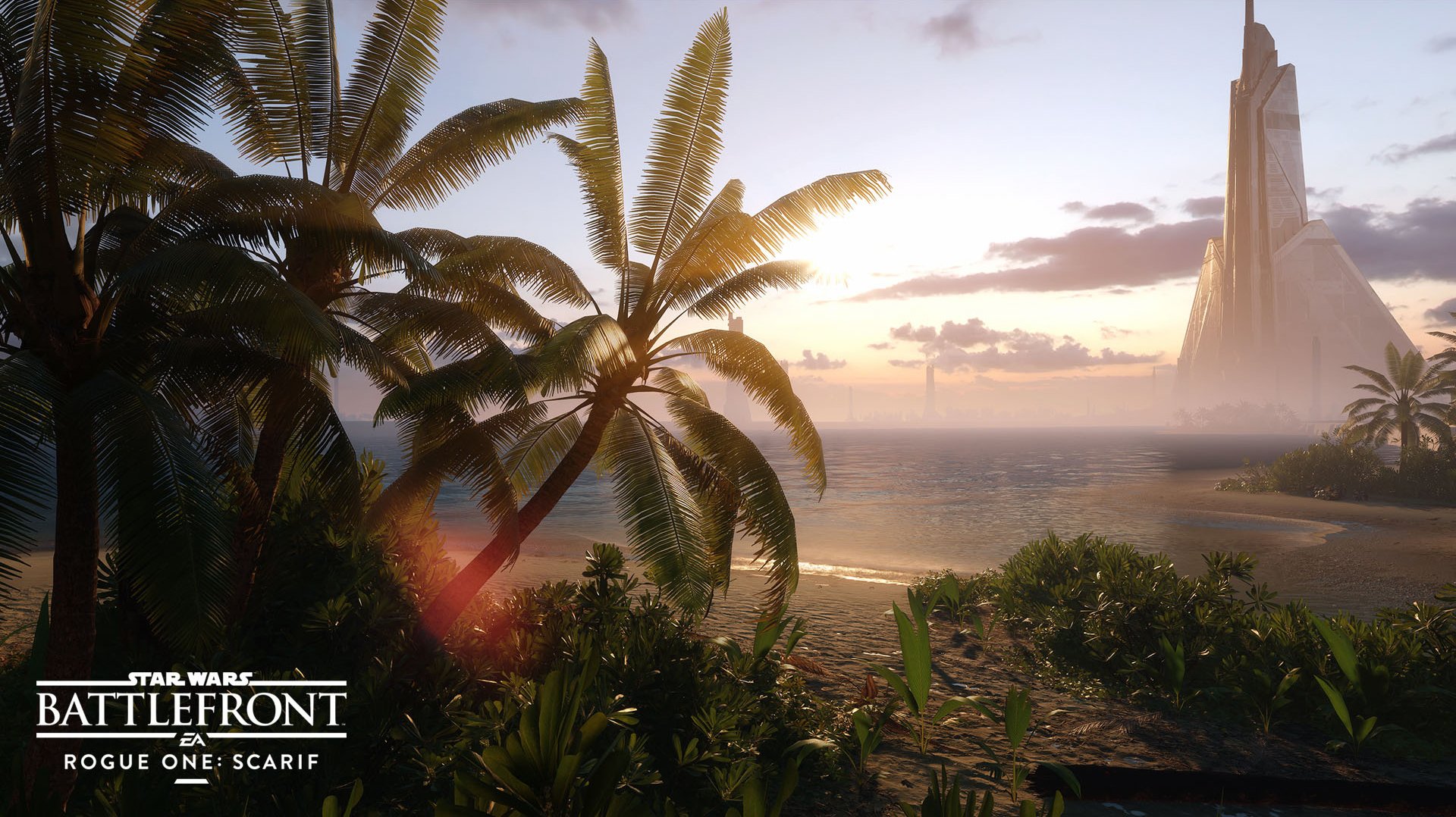 After getting a basic feel for Scarif, my immediate reaction was that this pack felt comparatively small. It’s the same format as ever, though: four maps, a new hero and villain character, another mode, and some weapons and gear to painstakingly unlock from Jabba the Hutt’s contracts. It shouldn’t feel any different from the earlier expansions. But since three of the four locations are jungle-beach environments, the maps end up looking (and in some cases feeling) quite similar to each other.

Granted, that’s not a problem — these maps are great fun. They’re littered with dense foliage, much of which you can scurry and shoot through (and the rest of which you can jetpack or jump over), providing lots of hiding spots and opportunities for surprise attacks. Unlike some of Battlefront‘s other maps, there’s a clear sense of place and direction here. Branching paths and metal walkways cut their way through the jungle, so you’ll rarely get turned around with the way things are laid out.

The new mode, Infiltration, lends itself well to those guerrilla tactics. But since it’s a multi-phase mode like Battle Station (which had players fighting in and around the Death Star), you’ll first need to duke it out in space. Rebel players are chosen at random to pilot a U-Wing, and must then fly their way around debris and pesky TIE fighters to reach the planet Scarif. The Empire has to shut down those escort attempts until the clock runs out. It’s similar to how the trench run worked in Death Star, minus all that cover. Inevitably, someone will make it through, pushing the mode onto its next phase. The transition from space to ground combat is far quicker and more organic than before, thank goodness.

From there, it’s down to Scarif’s scenic beaches as the Rebels try to activate and protect a bomb until it blows up an Imperial cargo ship. This round is standard fare on paper, but ends up being entertaining thanks to the map design and the potential to pop out of unexpected places to get the jump on opposing players. Phase three, if you get to phase three, is the best of the bunch. It’s so good.

Here, the Rebels have to carry a pair of data tapes to the other end of the map. If a tape is dropped (due to player death or attempting to jetpack with it), there’s a limited amount of time to pick it back up and keep moving before it is reset to its original, likely distant spawn point. This is the most fun I’ve had in all of Battlefront, I think. The constantly-moving objectives give both teams incentive to roam the entire map and employ clever strategies rather than stick to one defensive choke point the whole round. It feels like the phase could go either way, too. I’ve had lots of clutch victories and last-second defeats.

As much as I wish you didn’t need to go through the prior sections of Infiltration to get to that highlight, it usually doesn’t take too long for the Rebels to pull together (or the Imperials to ease up) and reach the third phase. Existing modes like Walker Assault and Turning Point also mesh well with these maps. While I typically don’t play much of either mode, I keep returning to them because of Scarif. 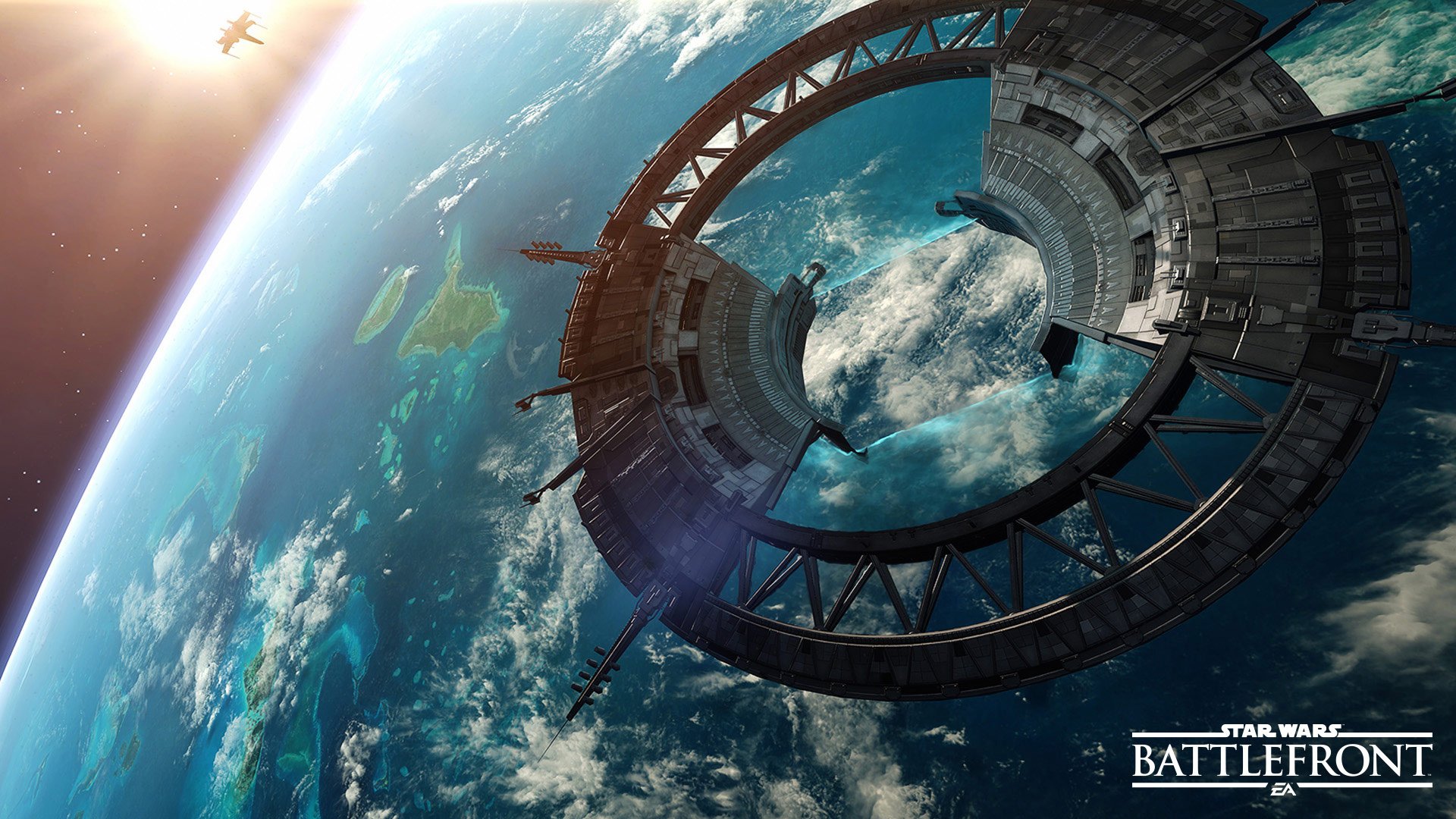 The rest of the expansion content is there to further round out Battlefront, and it does, but I’m not exactly ecstatic about it. For gear, there’s a Sonic Imploder to blind enemies and lower their armor, the transforming A180 blaster pistol that replaces your Star Card hand with three blaster configurations (sniper, rifle, ion), and the powerful DT-29 heavy blaster, which uses ammo rather than the traditional “overheating” mechanic. Given the often grindy nature of unlocks, I’ve only tried the A180 so far. It’s interesting as a multi-use weapon, but not enough for me to want to dump my cards to wield it.

It’s a similar situation with the hero and villain additions. They’re all right, but I’ll likely stick with the existing characters more often than not. Jyn Erso, the lead of Rogue One, comes with the Sonic Imploder and a blaster pistol that transforms into a rifle (sound familiar?). She’s also capable of storing melee strikes to whack the hell out of nearby players in a flurry. A well-rounded pick, I’d say.

Meanwhile, Orson Krennic seems situational, but potentially more useful. He can boost the armor and health of teammates in his vicinity (the more players in range, the better the effect, making him ideal for offensive pushes) and also place a roaming, shielded droid that scans for Rebels and lays down toxic gas. Krennic uses the aforementioned DT-29 blaster, a six-shooter that had me feeling like a space cowboy, and he can toggle it to fire a single armor-breaking blast instead. (Whatever you do, don’t miss.)

Even though I didn’t connect with either character, I think Scarif comes out strong with its vibrant setting and stellar maps. The new multi-part Infiltration mode is uneven, yes, but it’s also Battlefront at its best. In fact, if it weren’t for Bespin, this final expansion would be my favorite. Now we just need DICE to hurry up and consolidate the fragmented player base. Battlefront 2 isn’t that far off.

[This review is based on the final build of the DLC provided by the developer.]