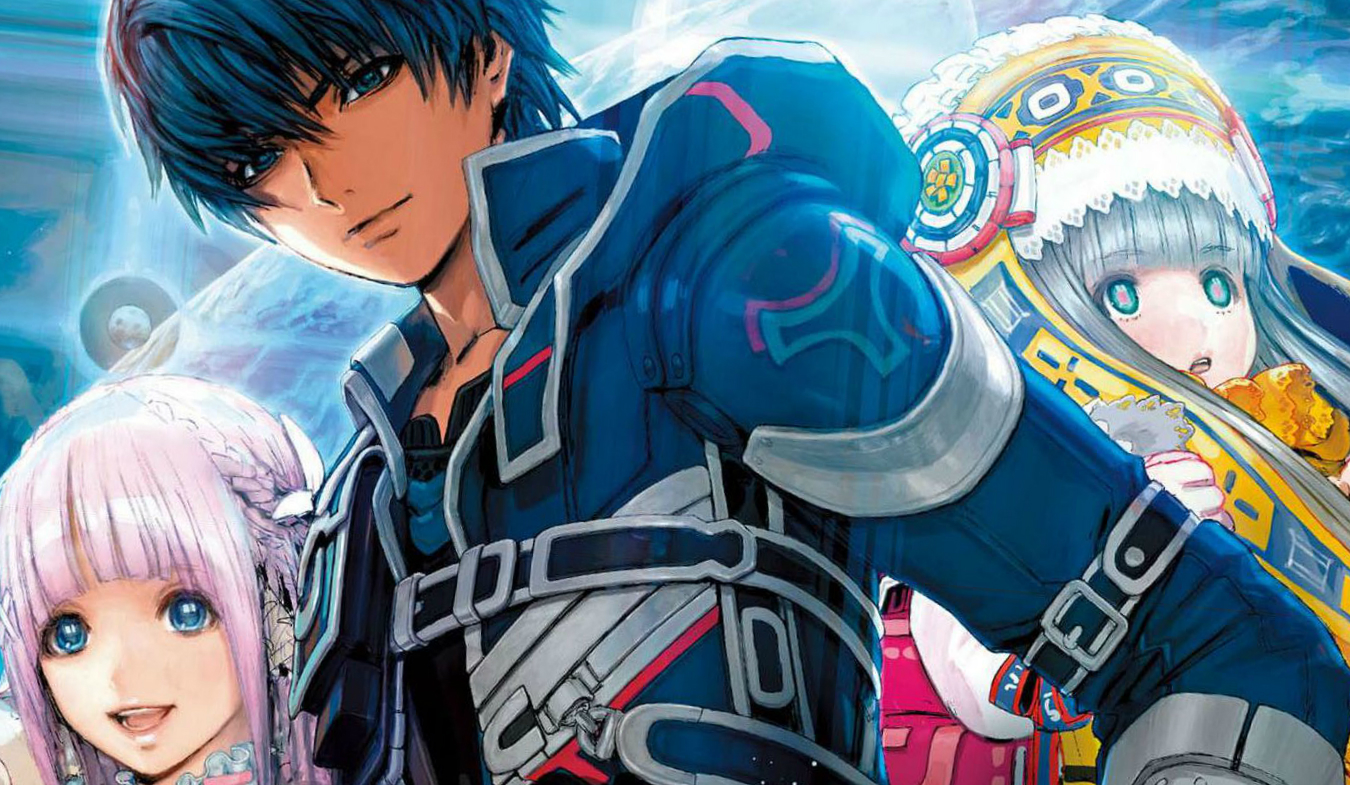 While Star Ocean: The Second Story was one of my favorite PS1 JRPGs, the rest of the series never grabbed me. It’s not that it’s bad in any way — each entry is pretty consistent, actually — it’s just that every time I’d feel inclined to play a tri-Ace game, I’d go back to Valkyrie Profile again.

That same feeling swept over me as I watched the credits roll for Star Ocean: Integrity and Faithlessness. 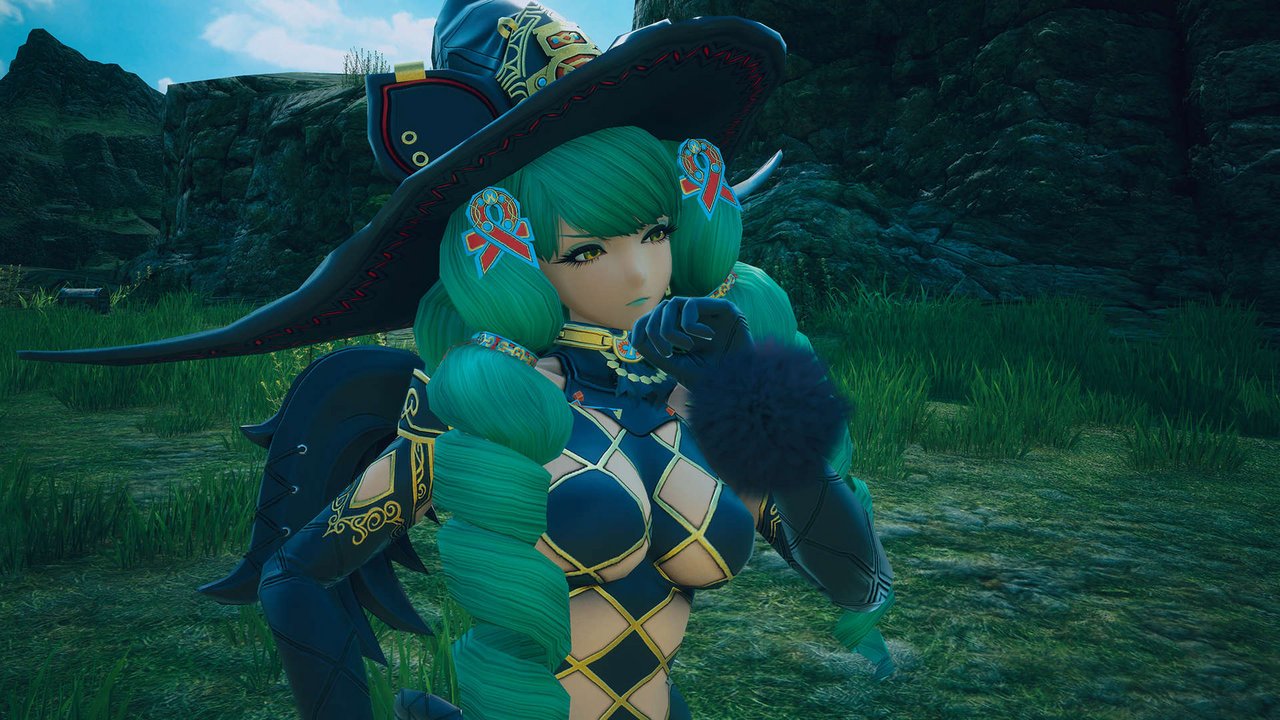 Worry not, lapsed fans — it’s easy to jump back into Star Ocean once again even if you haven’t kept up with the overarching plot. Taking place after Second Story and before Till the End of Time, this tale is on the planet Faykreed, featuring a populace that must now face an alien invasion from an advanced race. Spooky!

Immediately following the intro you’ll be introduced to the plucky protagonist in record time — a boy named Fidel — along with his best friend Miki. They’re already trained and ready to go, which presents its own unique set of problems, mostly relating to the development side of the cast. You see, Integrity moves at a race pace that is a blessing and a curse, seeing as the main story will probably run you less than 30 hours (as for the rest, there’s a decent amount of sidequests, post-game dungeons, and extra difficulty settings, but no extra characters or significant content besides that).

When it comes to most RPGs, it can be boring to have to watch a heroes’ journey unfold all over again, taking upwards of 15-20 hours just to see them become “the legend they were meant to be.” But if the charm is there (see Legend of Dragoon), I can deal with a ragtag gang of misfits, rogues, and ne’er-do-wells for as long as it takes. Here, Fidel isn’t as enigmatic as I’d like, and very quickly, we’re even introduced to the amnesiac mystery trope with a character named Relia. It never really hits groan territory, and you can’t say that it wastes any time, but that also makes it truncated to a fault. The dub is serviceable, but like several characters isn’t worth talking about specifically.

Star Ocean employs a “seamless” approach to actually presenting said story, and again, I’m mixed on it. You see, instead of providing static dialogue boxes or cutscenes, the game integrates chats in the world itself, allowing players to walk around and manipulate the camera. I like it in theory, but a few huge caveats spring up every now and then that expose its shortcomings. Like the fact that you can’t skip dialogue, so after failing a major boss fight you have to watch it all over again (exacerbated by the old-school strict “save point” system, when games like the Xenoblade franchise allow “save anywhere”). Then there’s the camera itself, which can’t quite get in to look at party member’s faces in some instances. The subtitles are also bad in that they don’t show who’s talking, but I can deal with it given that the game has dual audio.

The good news is that the garbage hour-long intro concept is gone. Players have access to a full menu within minutes, seconds if they skip the opening combat tutorial. 15 minutes later you’re out of the town and into the world starting your adventure. And really, that’s not bad at all. Featuring a series of wide open environments, it can be a lot of fun to roam around and beat up creatures (sans lengthy load times and annoying random battle transitions), and locate nooks and crannies to gather resources — which play into the basic crafting system. The scenery is also beautiful, and many times I just stopped to take it in (the game also runs at 60fps on PS4, which is a plus).

Combat is probably the smoothest part of the game. It’s a full-action system with weak and strong attacks (both at short and long range), as well as guard and sidestep options. A rock-paper-scissors system is employed where weak interrupts strong and strong breaks guards, with a light amount of telegraphing on the enemy models to assist in the transparency of the system. At first it’s easy to pick up, and by the time seven characters are added to the fray it doesn’t even feel that chaotic, which is a triumph. 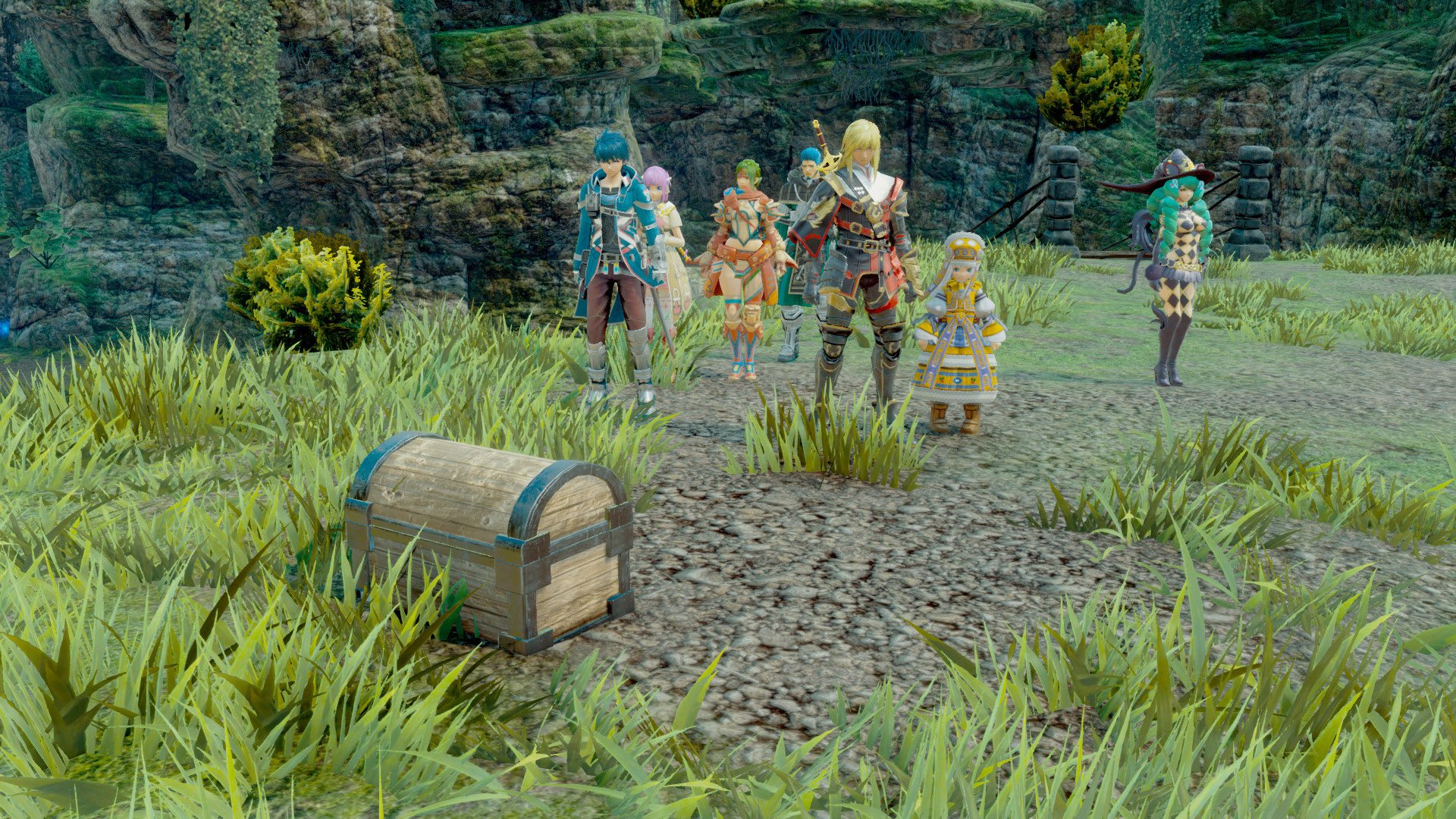 You will want to swap between allies though, because the AI mechanic (featuring gambits) isn’t as sound as it could be. Don’t get me wrong, it’s good in that you can fine-tune everyone down to actions within roles, but it’s not sufficient to go on auto-pilot for several major boss battles. That’s not necessarily a bad thing if you like micromanaging, it’s just something to be aware of. To clarify a bit, there’s roughly 100 roles available (like “Savior,” which inspires AI to heal more) so nearly every option is on the table, but it’s clunkier than just fine-tuning everything at will.

Star Ocean: Integrity and Faithlessness is a weird game in that it’s a by-the-books RPG one minute, and a completely new feeling the next. Any future iterations after this one will be a tough sell, but if this is where its journey ends, it had a good run.