How many more Spider-People are there? Not enough

Back in 2018, I talked about how much Spider-Man, as a character, meant to me.

It sounds hyperbolic, but fiction can absolutely get people through some tough times, especially if that character is particularly relatable. Okay, maybe not Spider-Man himself, but Peter Parker sure gets the job done.

The thing is, there are lots of different versions of Spider-Man that people can relate to. Now, we just got another one in Miles Morales — and like the first time around, Insomniac did its job once again. 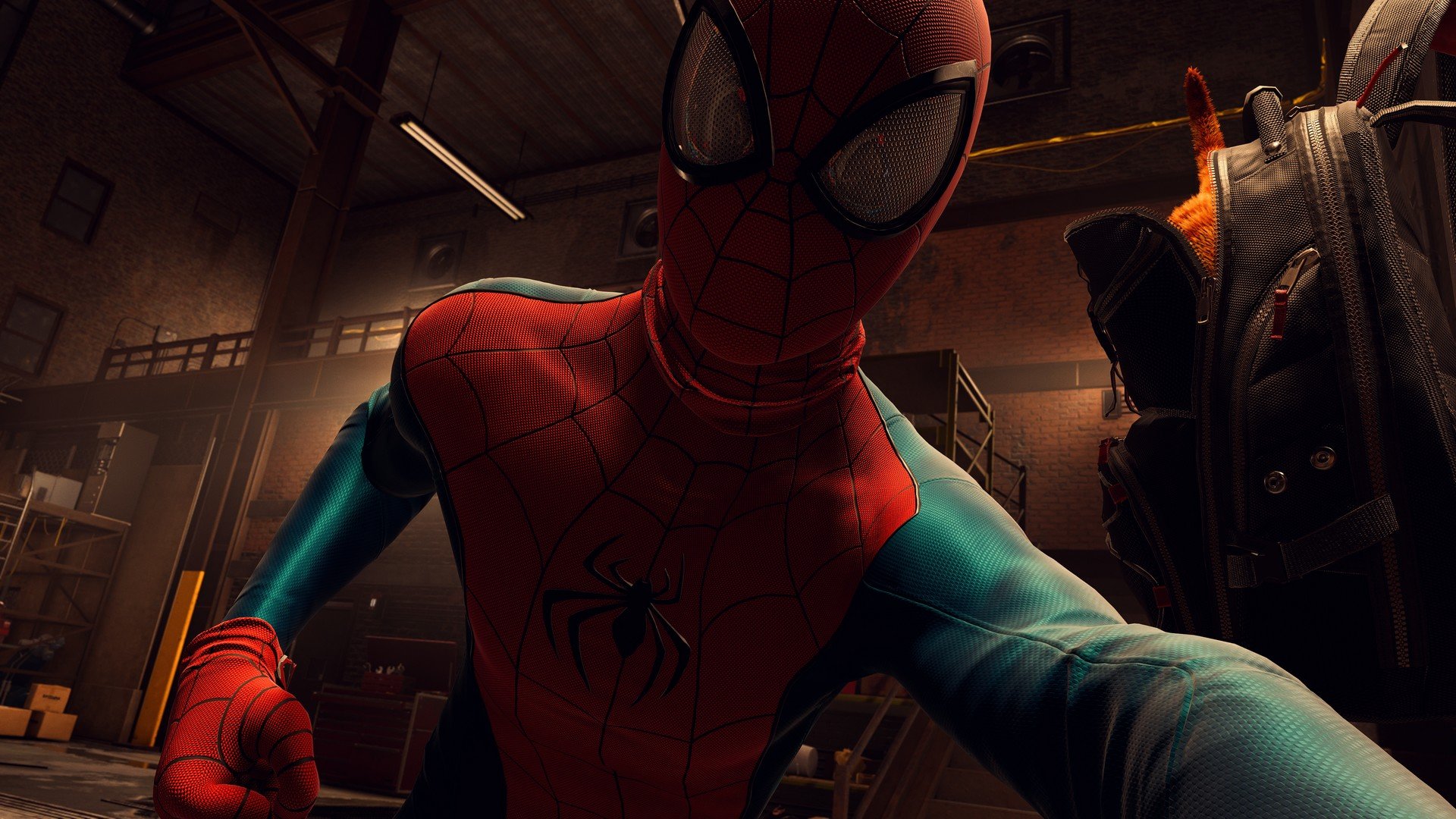 Although Peter is a part of the intro mission, this is very much Miles’ story: as the former is whisked away to Europe fairly quickly with his significant other and stealth-sequence expert Mary Jane Watson. New York only has one Spider-Man in it for the time being.

From the start, it does a really good job of bringing you in where you need to be. It’s not an origin per se (the ending of the first game took care of that); it’s more like a Batman Year One tale after he has some of the toys. If you want, you can get a quick recap of the original, but it’s not wholly necessary since, again, this is an isolated story that involves Miles, his family and circle of friends, and new villains. Beyond a few Easter eggs, you can also go straight to this version and be fine.

Over time I started to realize how different Miles Morales really was. Sure it has a lot of the same framework mechanically (both in and out of combat), but this is a much more personal story. It fits the game perfectly and allows it to step out of the shadow of Peter Parker, with a large focus on the people close to Miles that most players haven’t quite met yet. The Christmas time period and wintery sparkle of the city also help add to the feeling that this is not a copy-and-paste job.

My most beloved element of the game though has to be Miles himself. As most Spider-Verse film fans know, he’s quite the character, with his own insecurities and demons he has to reckon with in addition to his heroic responsibilities. Insomniac manages to showcase his personality not just with the narrative, but with subtle in-game animations too. Sometimes Miles will struggle with an attack or even look off-balance. He’s also willing to be heroic out of the costume, too.

Seeing as this is a PS5 game after all, it’s also important to talk about all of the next-gen goodies. The big (and I can’t stress this enough) thing that stands out to me way more than the visual upgrades is the load time situation: or, lack thereof. The SSD effect is real, with the game taking mere seconds to load up or fast travel. There were times in the original where it was sometimes quicker to manually zip to a location as to not force a load — but in Miles Morales, he literally walks out of a fast-travel point in about a second. I hope the entire generation is this fast.

The visual options are slightly less impressive but totally workable, especially if you were fine with the situation in the original. Insomniac makes you choose between 30FPS and ray tracing or 60FPS, the latter of which provides a “4K picture from a lower resolution base.” While native 4K/ray tracing/60 is ideal, the game is absolutely fine in either setting, and the ray-tracing effects (including the puddles) look great.

Combat is still very smooth, with Insomniac nailing the agility and strength of the Spider-Man character in an action system that mostly emulates the original. Miles has two powers at his disposal that are important to note: a bio-electric shock ability (Venom Blast) and a camouflage skill. The former really reminds me of the neon aesthetic from inFamous: Second Son in all the best ways, how it pops when you’re blasting a single target or unleashing an electric blast into a crowd.

Miles’ camouflage, like most of its gaming ilk, is governed by a meter, which depletes as the ability is used or after you whack an enemy out of stealth. I’m sure some people will feel like camouflaging makes the stealth sequences easier, but they’re also more fun as a result. Miles can speed through those portions of the game a little quicker than Peter, but you still have to maintain a degree of anonymity, lest you blow your cover. 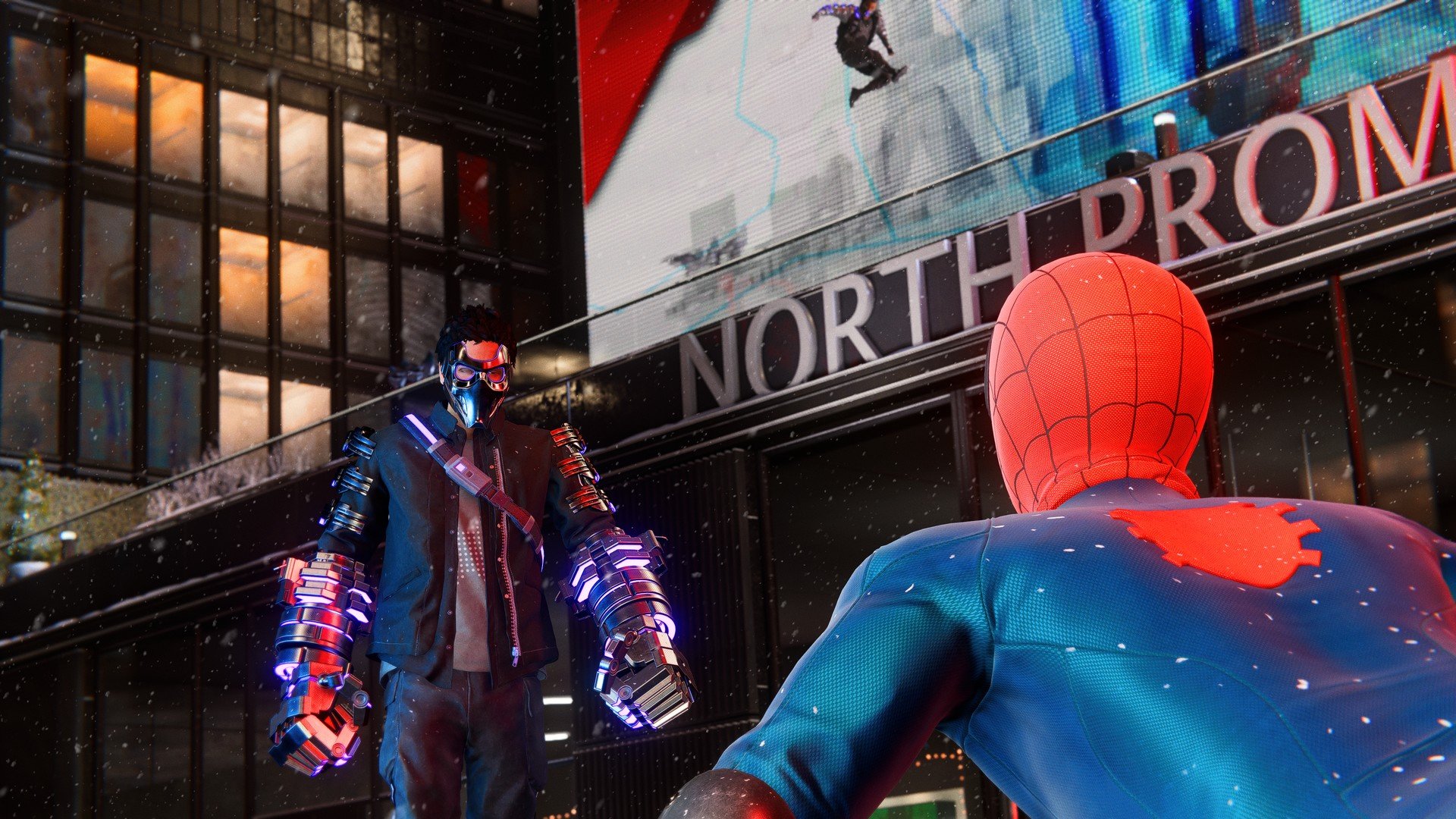 Miles also sports four gadgets (one of which is the classic web shooter) in tandem with his newfound skills, giving the whole game a welcome allure of familiarity. Insomniac did not have to reinvent the wheel here, so this approach is appreciated.

I’m nearly done with the review, but I felt compelled to answer a still-burning question for some: so what exactly is this game? I know it’s been confusing. So the answer really is: “it’s something like Uncharted: Lost Legacy.” It’s a shorter, roughly 10-hour (or less) campaign that can be stretched to 15 hours or so if you go for a 100% rating/Platinum trophy. Once that’s in the bag, you can opt for a New Game+ run, which has its own unique unlocks in tow.

While you might want more, the benefit of this approach is that the game doesn’t feel bloated nor does it overstay its welcome. The in-game challenges and collectibles never get out of hand, and there’s only two easy-to-follow currencies to juggle. I actually 100%ed it with gusto for this review because I was compelled to.

Just like Into the Spider-Verse, I was pleasantly surprised by Miles Morales. I came in fully expecting it to be a side story, but it was much more than that. If this is setting us up for Spider-Man 2 where both Miles and Peter are playable: I’m in.