Better than a trip to Casa Bonita

It’s hard to believe that I’ve been watching South Park for almost 17 years. I vividly remember sneaking downstairs in the dead of night, quietly turning on Comedy Central to watch Eric Cartman get probed by an alien. I still watch the show to this day.

Although it’s had its ups and downs, one thing is for certain — South Park is still topical. Odds are even if you don’t watch it, you’ve heard about the controversial premise to an episode at least once per season. Or more importantly in this instance, you’ve heard the tumultuous story about the coveted South Park game, which has taken years to see the light of day.

But it’s finally here, and I have to say — it was worth the wait. Barring a few mechanical issues, it’s like watching a long, quality episode of the show. 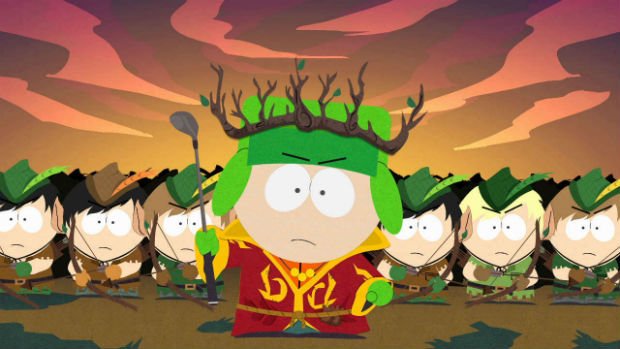 After a Rankin/Bass-style cartoon opening narrated by Cartman, the quest begins. The setup is that you’re the “new kid” in town — a silent protagonist and chosen one not unlike Link in the Legend of Zelda series sworn to protect the Stick of Truth (literally a wooden stick) from the elves (other kids with pointy ears glued onto their heads). It was immediately after the surprisingly detailed character creator that I fell in love — The Stick of Truth is basically one giant episode of the show, and the details are astounding.

Cutscenes play out like you’re watching South Park on TV, and if anyone happened to come along and watch you playing it, they wouldn’t know any better. Now I see why creators Matt Stone and Trey Parker took so long to write the game, as the staggering amount of dialog and animation could fill an entire season. Pretty much every facet of the game is true to the source material, from the soundtrack, to the voices, to the signature chime that plays when every episode starts and the kids are waiting for the bus to arrive.

There are tons of little Easter eggs for fans of the show to enjoy, like “Vote or Die” and “Fingerbang” playing on the radio, the “Move Along Sir” guy, an AWESOME-O suit in Cartman’s closet, and tiny junk item references like S’more Schnapps bottles. I can’t stress enough how much more you’ll enjoy this game if you love the series.

So how does Stick of Truth‘s actual gameplay work? Well, you’ll roam around just like a typical RPG (with fast travel in tow, compliments of Timmy), discover loot, find some quests for your quest log, and complete the main story along the way. Fans will dig the chance to see practically every main character’s house, and not since 1997’s Virtual Springfield have I felt a sense of wonderment exploring a cartoon world. It’s kind of surreal how many details are present in the town of South Park.

Combat also is initiated in real time, with enemies visible on-screen — there are no random encounters. The actual fights are turn-based, hilariously explained by the fact that although you are technically at war with other kids, you still “have to wait your turn” because it’s a game. The whole affair is a bit more interactive than your typical turn-based RPG though, since offensive and defensive maneuvers feature timed button presses for emphasis — similar to Super Mario RPG. 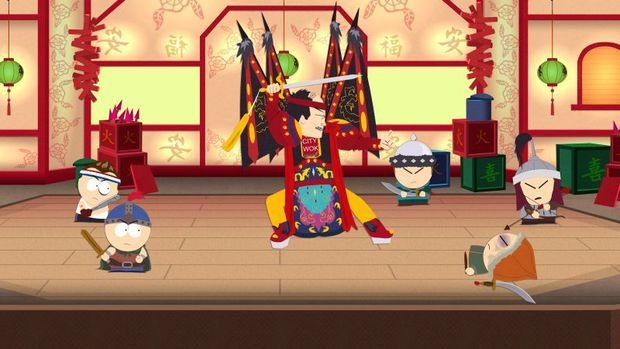 Basically, you can press a button to add extra attacks, modify your strikes, or add magic damage to them. Abilities are even more interactive, and some of them involve twirling your analog stick around in a circle to swing a hammer, or pressing a button at the exact right moment to hit a baseball into an opponent’s face. The entire theme of the attacks not only hearken back to Mario RPG, but EarthBound as well, which is a good feeling. It’s also funny to see elementary school kids run away and threaten to tell their moms for beating them up.

Having said that, don’t expect a lot from the combat system in general. You won’t get a whole lot of abilities to mess around with, the magic system is very rudimentary (which is based on farts), and fights are extremely easy — even boss encounters. You won’t really have to modify your strategy at all during them, which kind of takes you out of the moment from time to time once you realize how shallow fights are. Quests also aren’t all that exciting in theory, since many of them are of the fetch variety. But the key is that like the battle system, they’re elevated by the game’s charm and faithfulness to the show.

Although you’ll level up in combat by way of a typical experience system, I really like the incentive to meet new people and friend them on Facebook to earn perks (all in-game, of course). Perks are relatively straightforward with bonuses like “extra melee damage” or “more resistance to debuffs,” but it’s incredibly fun to seek people out, as it incentivizes you to truly explore the game. 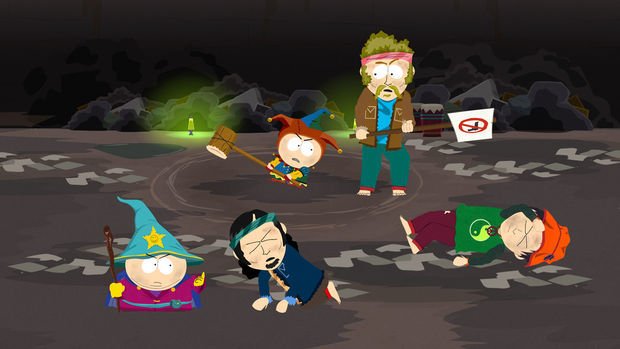 In addition to a metric-ton of sidequests, you can also search the world for scattered Chinpokomon collectibles, collect extra loot, and find hidden areas. Sometimes, I would spend hour-long sessions just walking around and interacting with people on the world map, trying to find secrets. Occasionally I encountered a glitch like a framerate stutter or something that didn’t trigger properly, but in my personal experience it wasn’t game-breaking — just a minor annoyance.

If you don’t watch South Park that often, you most likely won’t enjoy The Stick of Truth as much as someone who does. The RPG elements are very serviceable but they’re not going to satiate most of the hardcore genre fans out there. It’s a good thing then that the rest of the package is filled with so much care from the show’s creators, that it makes it something truly special.