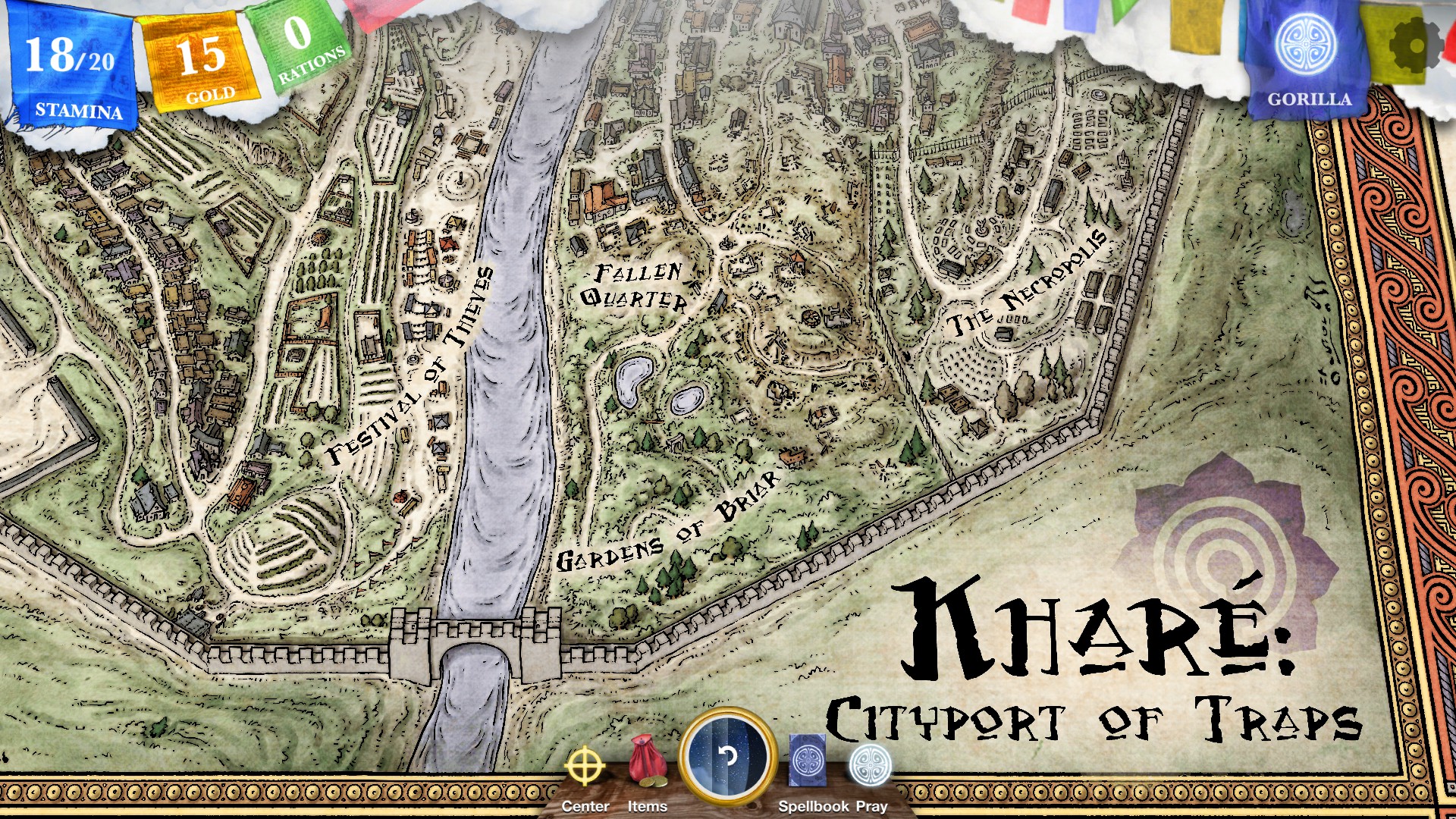 For nerds of a certain age, gamebooks hold as much childhood influence as the most memorable classic video games. Gamebooks helped pioneer player-driven narrative; the design lessons learned from the likes of Choose Your Own Adventure and Lone Wolf would go on to affect the evolution of video game narrative and role-playing titles as developers and audiences embraced the power of choice.

Flash forward a generation, and inkle, maker of the acclaimed 80 Days, has adapted Steve Jackson’s classic Fighting Fantasy gamebook series Sorcery! for video games. The question remains, though: Can a game that’s the same age as me retain that old magic? 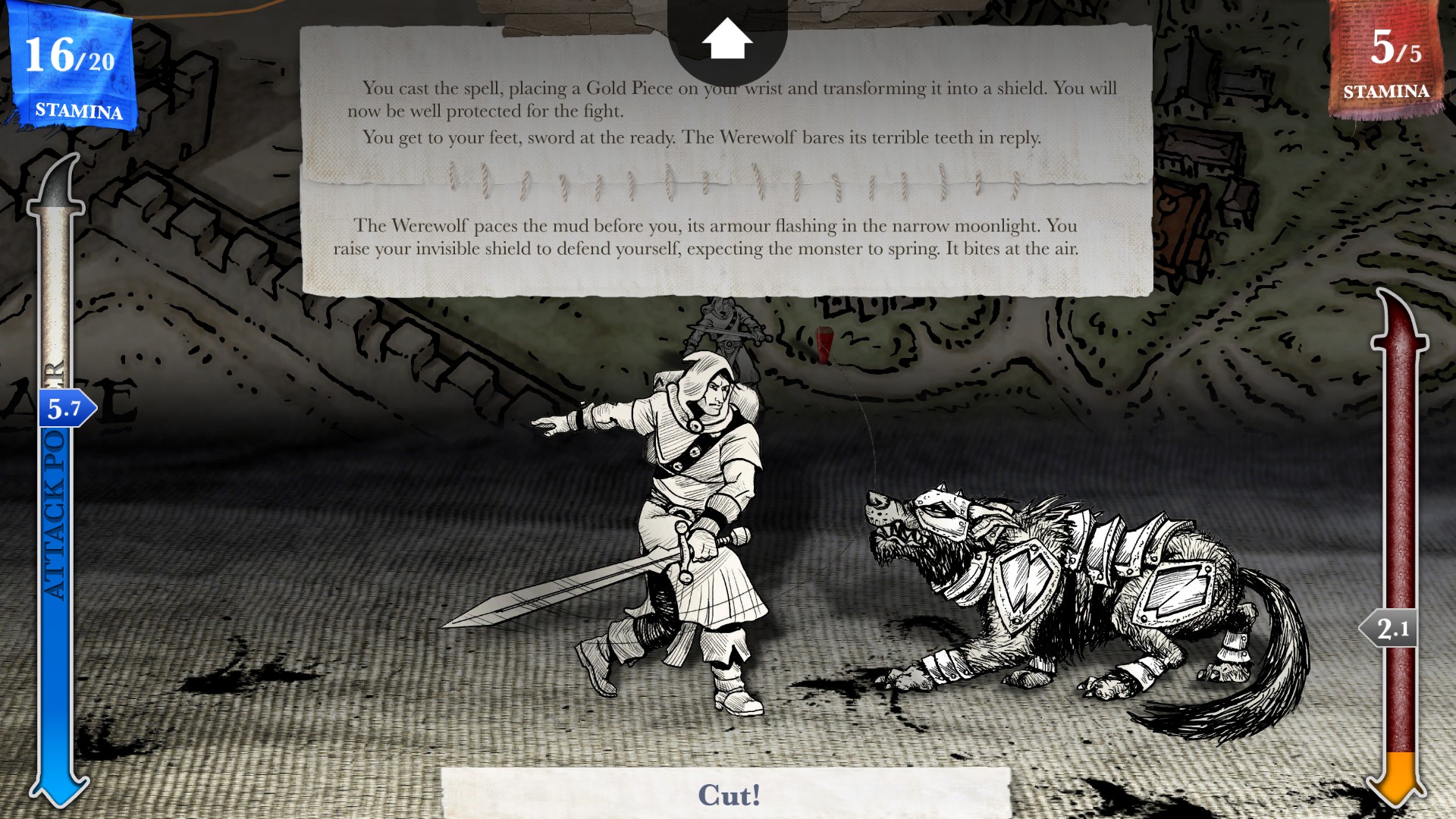 In some ways, that question is already answered, as the two parts of Sorcery! featured in this review have been available on iOS (as Sorcery! and Sorcery! 2) since 2013. The PC version is identical in terms of content, so folks who’ve already gotten their hands on the mobile versions won’t find much of a reason to own this one. That said, though, people who are new to the series may be surprised to learn that there’s just as much “game” as there is “book” in this gamebook adaptation.

This is partially down to the strength of the source material. The original Sorcery! mixed in elements and statistics from pen-and-paper role-playing games, deepening interaction beyond the usual “turn to page [x] to see the result.” Inkle rebuilds and tweaks these preexisting systems to bring them more in line with the interactions best suited to video games.

For example, rather than simulate a sword fight by having players roll dice, each unique combat encounter in Sorcery! involves players dragging their character back and forth across the screen to determine the power of their attack, while reading the descriptive text for clues as to which actions to take for maximum effect. The result is a system that feels interactive and properly “game-like” without undermining the fundamental importance of the text to finding success.

This also holds true for magic. Most encounters give players the opportunity to “Use Magic!” or “Cast a Spell,” prompting them to trade some stamina to cast one of forty-eight available spells. Which spells can be cast at any given time depends on the arrangement of stars, represented by letters etched into the heavens. Arranging three-letter combinations makes for a spell. HOT casts a fireball, ZAP sends out a lightning bolt, and JIG causes an enemy to dance, provided one has picked up a bamboo flute somewhere along their journey. 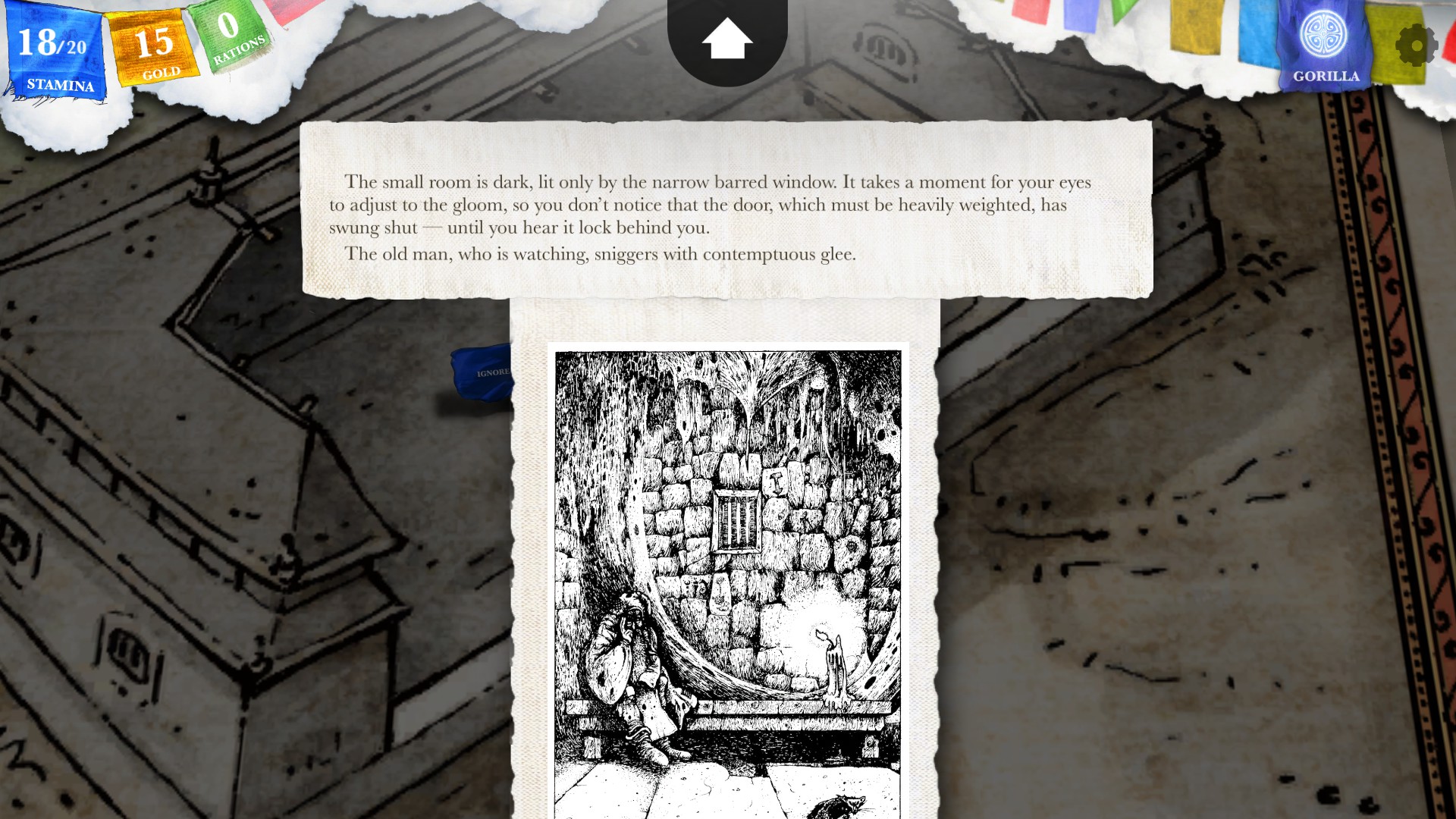 And what a journey it is. Sorcery! players step into the shoes of an unnamed magician, on a quest to take the Crown of Kings — a powerful artifact — back from the villain who stole it, the Archmage of Mampang. The game covers the first two “books” of a four-part series, from the beginning area of the Shamutanti Hills to a second chapter set in the dangerous metropolis of Khare, Cityport of Traps. 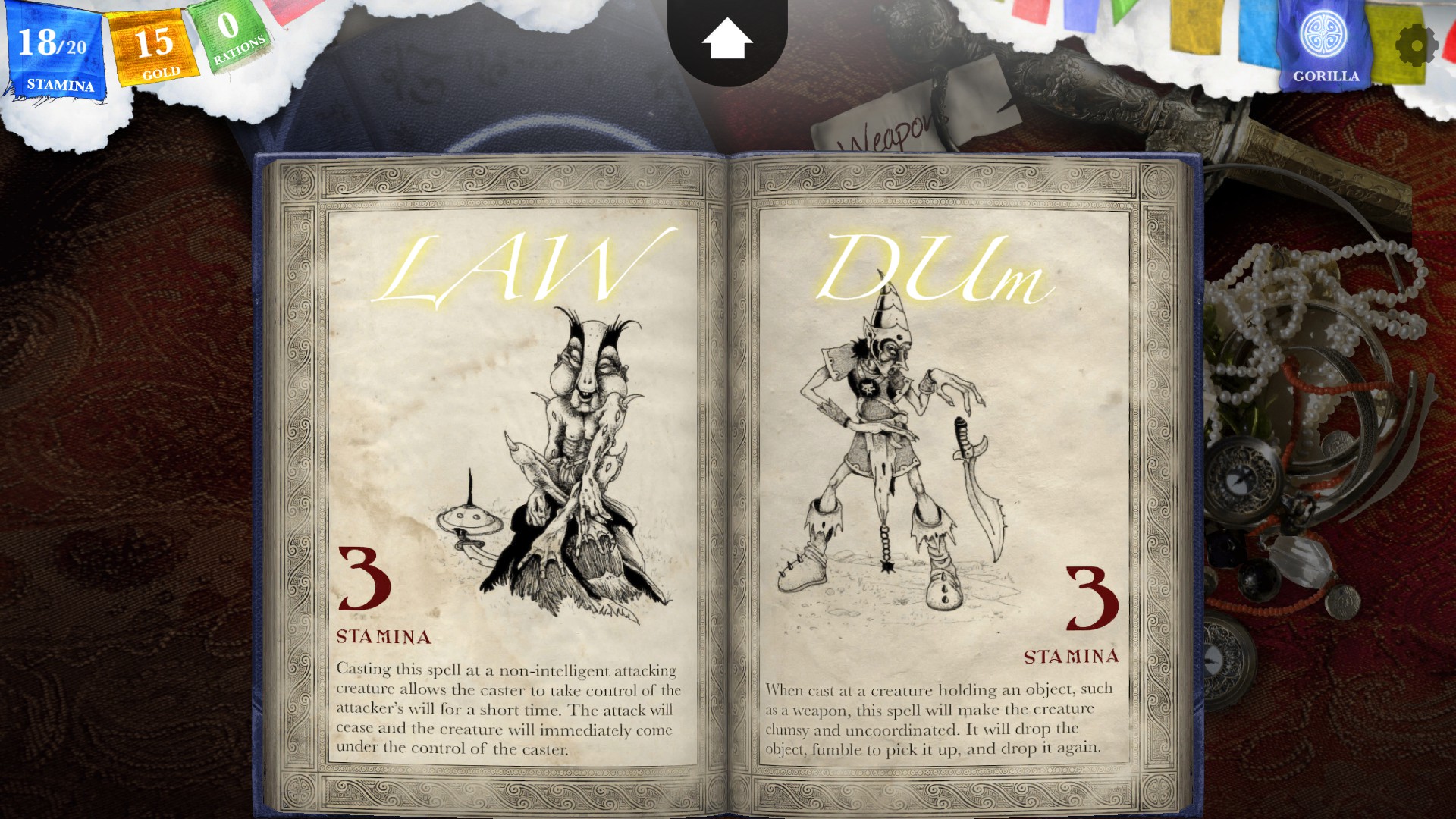 Part 2, however, is where the game expands, moving beyond what was possible with the original book (the sheer density of available choices would make for a very unwieldy read in physical format), and drives home the power and diversity available when setting up decision-making in text-based games.

Also pleasantly retro is the fact that Sorcery! can be kind of a bastard when it comes to screwing players over. Unexpected traps, sudden deaths, and “Your journey has ended”-type endings are common, though a convenient and punishment-free “rewind” system allows players to walk back any wrong choices they make. In a more forgiving game, this would cheapen the experience of living with consequences. However, given how unfair the adventure can be at times, and in light of the way choices are nested and written without an obvious good or bad path in most cases, I found the rewind to be a fairly balanced way to avoid frustration. 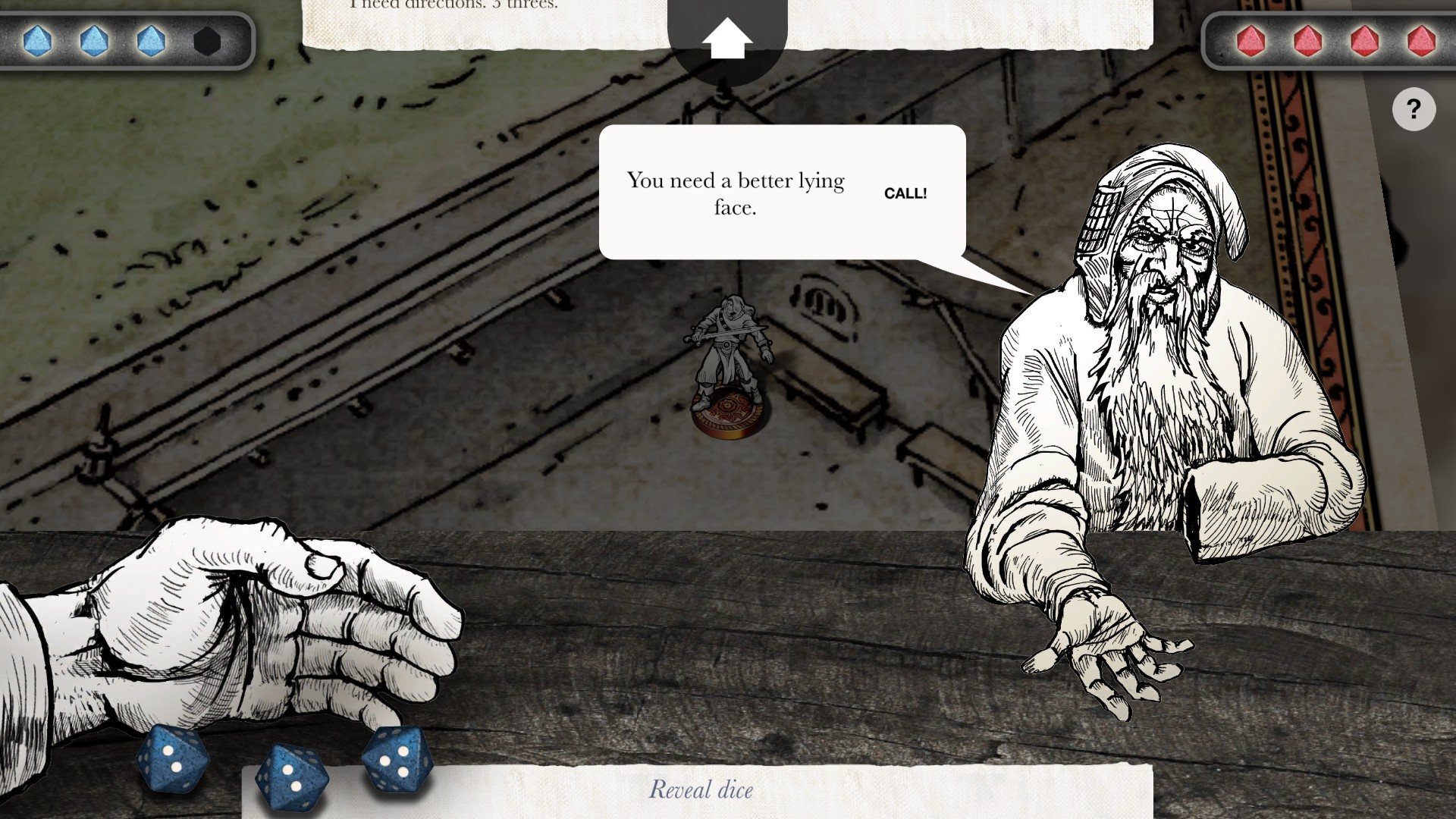 Sorcery!‘s shortcomings, such as they are, tend to be more technically-rooted. Though it’s been reasonably well-adapted for PC, the interface still feels optimized for touch, with large elements that look fine on a phone or tablet screen but are a tad oversized to players using a mouse. The game, or rather the story, is also technically incomplete. The third part of the adventure, Sorcery! 3 is available on mobile platforms (and is reportedly quite a bit more expansive than either of the previous parts), but not yet on PC. The fourth and final chapter isn’t due to be released until later in 2016. Thankfully, cloud saves are cross-platform compatible, so impatient players may consider continuing on their devices if they like this one. And ultimately, quibbles like this are quite minor and easy to overlook in light of the quality of the adventure itself.

By wrapping classical adventure writing in a thoroughly modern play experience, inkle has turned Sorcery! into a great testament to the power and place of text in gaming’s canon.