What can you say about Sonic that hasn’t already been said?

He’s had his ups and downs, and while he started very high up, he’s sunk really far down over the past decade or so and even kissed a human girl. Oh, and he’s shown up to races in a car even though he’d be way faster on foot. He’s done it all, as they say.

But like many other publishers that can’t figure out what to do with their age-old franchises that still make a killing on merch, Sega has gone back to basics with the furry legend, and it’s paid off thanks to some hard work from a few dedicated developers. 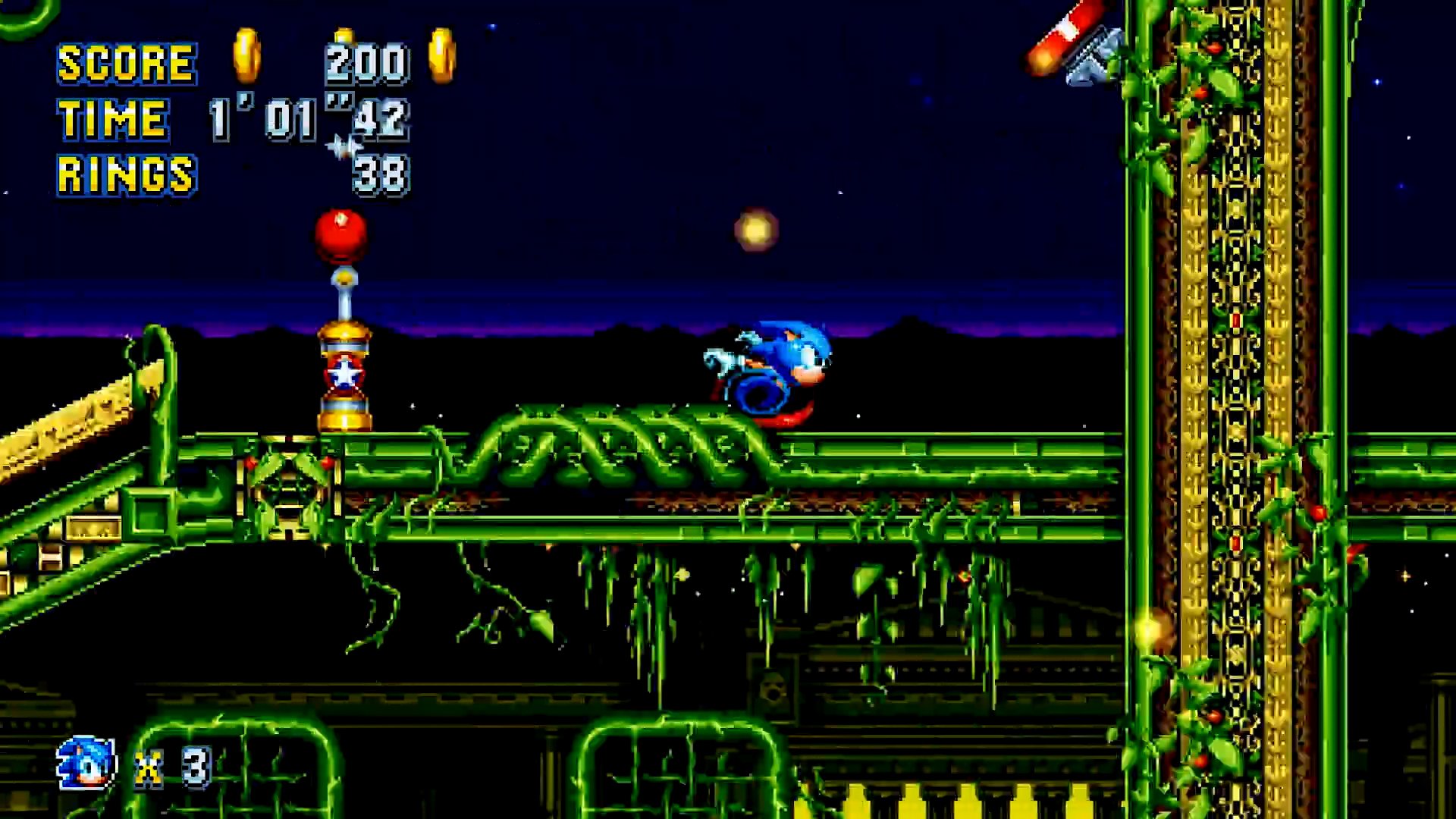 Sonic might have a new move (the drop dash, which basically preps a mini spin dash mid-air), but this is the same retro mentality you grew to love. It’s 20 bucks, you can beat it in an afternoon, and the silly cast still runs fast. There’s still one button — jump — and it can still spin dash and now, drop dash.

But this time it’s not all about Sonic. You can pick any combination of Sonic, Knuckles and Tails (including Sonic/Tails for co-op or a CPU keeping you company) immediately and jump into it. There’s no requirement of beating the game to unlock anything or secret modes to sift through, you just get it. They’re all just like their old selves, too. Sonic is a good all-around choice, Tails is floatier and flies around, and Knuckles can climb walls or glide. Every one of them offers something unique and is worth playing a campaign with in their own right.

That’s partly due to the masterful level design that emulates, and in some ways surpasses, the legacy titles. There’s still that feeling of replaying a level, finding a secret item in a bush somewhere, and grinning like a kid. Acts are also seamlessly linked together by mini-bosses and end bosses to the point where you’re not flipping through menus or lengthy load screens, which feels like a natural fit with Sonic’s rapid-fire nature. This is most evident in the optional time attack mode (which is unlocked along with competitive multiplayer after completing the first act). Most of the zones are re-imagined from prior games, but they’re remixed in such a way that they barely resemble their counterparts. Veterans will be able to point and say “I remember that aesthetic,” but they’ll be pleasantly surprised by the twists and turns that await.

The higher framerate of Mania helps cement the contention that Sonic was never about “holding right to go fast and win.” Various gadgets that break up forward motion and the strategic use of bubbles in water sections prove that. Sonic Mania in its own way allows these ideas to breathe, adding in a few alterations and returning gadgets that don’t feel excessive but make you stop and ponder the best way to proceed. Its (fun) bonus stages also serve as the same kind of respite.

What I really dig though is the subtle use of retro effects that emulate the Genesis era but sport clearly improved animation. Seeing Eggman get into his machines manually with a hatch for example isn’t something that would have been so elegantly conveyed on a 16 or even 32-bit console. It’s the little things, the love and care that keep it authentic without feeling like a re-skin of the first few games. That’s to say nothing of its original and fantastically punchy soundtrack.

Don’t get too excited about the inclusion of a competitive mode, as there’s a few big things that hold it back. For one it’s offline only, but the only options include swapping items and altering the number of rounds — that’s it. Think of it like a bonus, a really small bonus that has a giant stretched screen that looks incredibly ugly or “nostalgic” depending on your view. Seeing it on a 4K TV in all its “glory” is hilarious, but not wieldy.

Sonic Mania is short but sweet. It even functions as a proper Sonic 4 if you don’t count the episodic Sonic 4 (remember that one?). As long as the same team is in charge I can easily deal with one of these every few years or so while Sega tries to strike Sonic Adventure gold again and again with their 3D iterations.