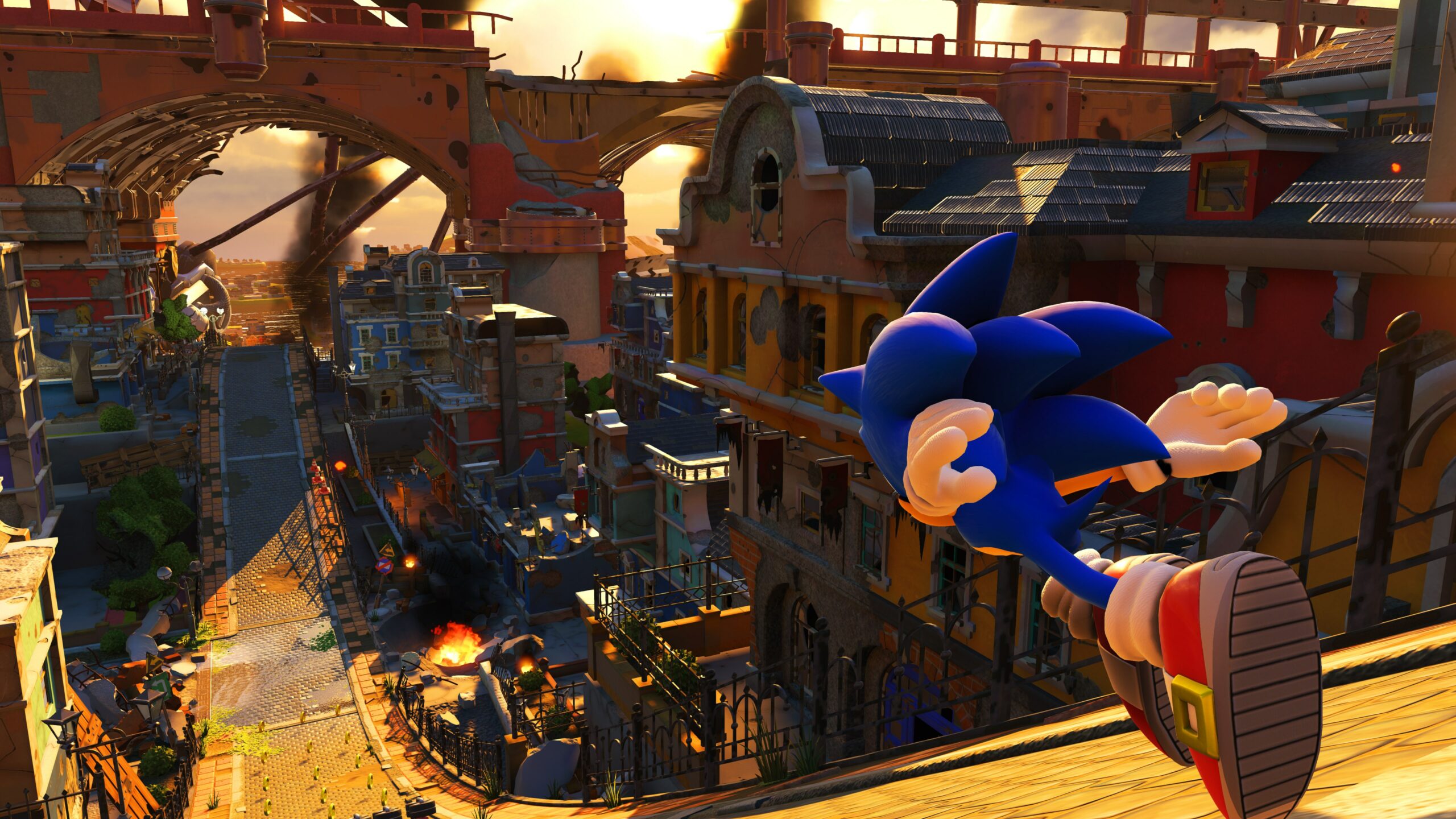 Miles per hour, get it?

It might be time for a new approach to 3D Sonic the Hedgehog games. We see so many great studios swoop in and re-invent (or do right by) the series, like PagodaWest Games and Headcannon with the recent Sonic Mania, but those are mostly 2D affairs. The real Sonic cycle isn’t about any individual iteration but about the goodwill the franchise constantly yo-yos back and forth.

Sonic Forces has problems of its own, and they’re not helped by the Switch version. 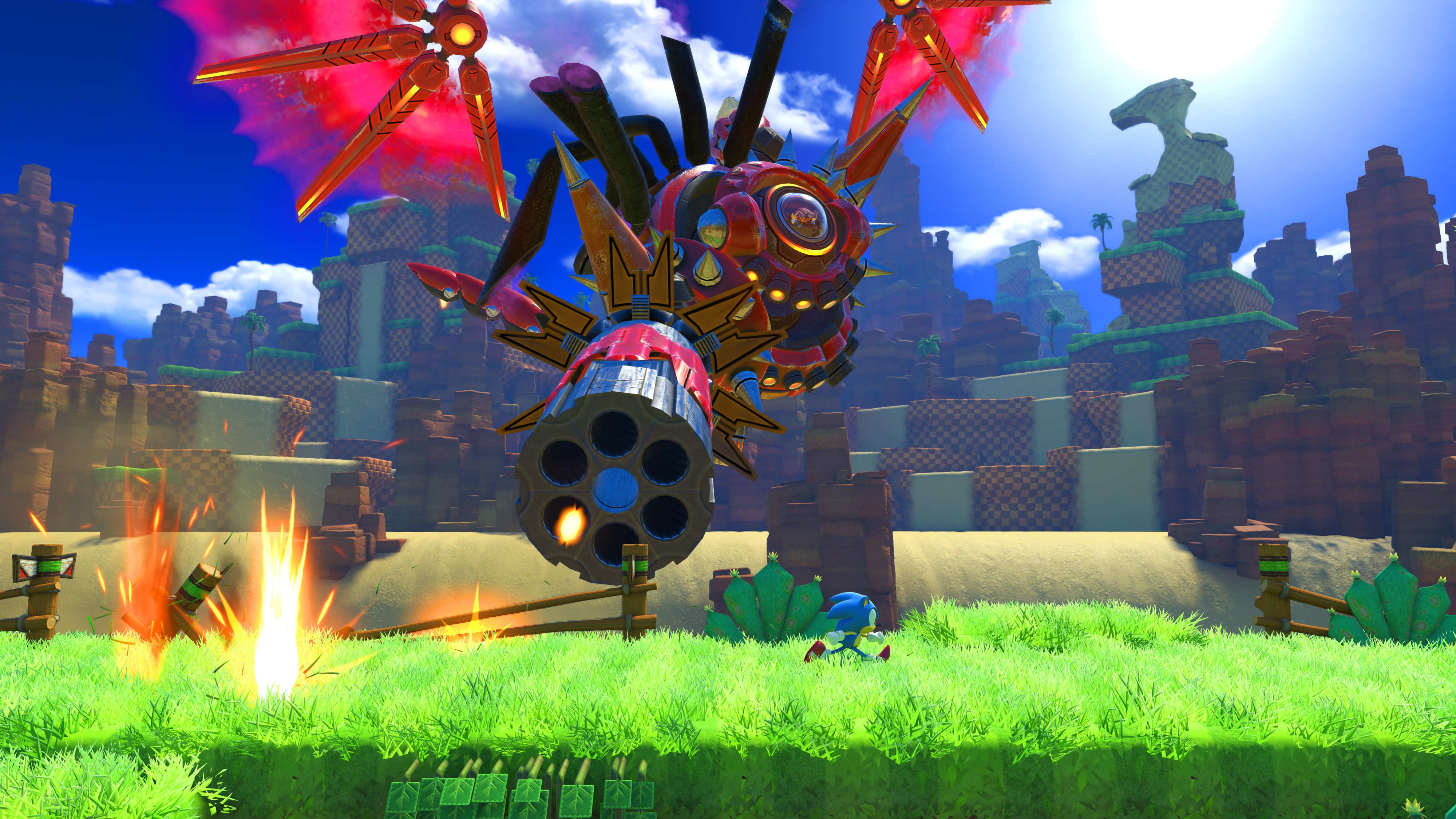 The idea behind swapping 2D and 3D versions of Sonic is brilliant. I mean they’ve done it before, but again, the concept is sound.

This time Sonic and his pals are battling an unholy alliance between Infinite (read: a critter version of Reaper from Overwatch) and Dr. Eggman, which leads to all sorts of friend antics and inter-dimensional help from the retro potbelly, “no talkie” Sonic. Given that Infinite’s origin story is told in detail in a tie-in comic book, you can probably tell how eager the narrative is to wrap things up quickly. We get glimpses of past villains and friends in rapid succession, all leading to a level of fan service that culminates in the create-a-character mode.

The tone is just really weird and I wish Sonic Team had gone overboard with it. Sega tries to go for a dark turn with Infinite’s extreme level of hatred for everything that is good in the world (and talk of off-screen torture), but in any given scene Sonic sort of just shakes things off and throws out a one-liner for levity. There are no stakes, no “wow, Eggman might really win” moments — they’ve robotized Sonic’s uncle before no less, and haven’t really revisited meaningful dark elements since. Not that they need to, especially in a carefree 2D retro homage like Mania, but it should have been somewhat of a goal in Forces.

Along the five-hour-or-less journey you’ll swap into the aforementioned 2D and 3D sections, which are sometimes interchangeable in any given level. Most of your opposition can be handled with a swift lock-on attack that can be spammed, accompanied by a boost button. Avatars (which I’ll get to momentarily) utilize a sort of Mega Buster weapon called a “Wispon” that lets them hookshot across scripted anchor points, or burn enemies with a built-in flamethrower (which can be swapped to lightning and more as you unlock new gear).

While I disagree that most Sonic games are just “hold right to win” there is a level of automation in Forces that’s occasionally stiff. I don’t get why Sonic Team felt the need to inject QTEs in a handful of stages, or make the lock-on/Wispon attacks so empowering. Boss victories are often anticlimactic, because much like a portion of Forces, they’re scripted as you’re dodging normal enemies waiting for your window to mash the lock-on strike. The potbelly portions are a little more grounded as old Sonic doesn’t have as many tricks up his sleeve, and is mostly reliant on his spin dash.

So yeah, minor spoilers but not really: Sonic is out of commission sometimes and you’ll have to take over with a custom avatar to keep fighting the good fight. The creation process is actually pretty detailed, with concessions for various animal types (cats, bears, and so forth), voices, victory poses (including a Super Sentai homage), and a host of body and eye color choices. You can be as goofy, evil, or cute as you want, and I think some younger Sonic fans are really going to dig it — especially since they’re injected into key cutscenes. You can “rent” avatars too based on player creations, some of which are impressively fine-tuned. I almost wish the entire game was built around this idea. 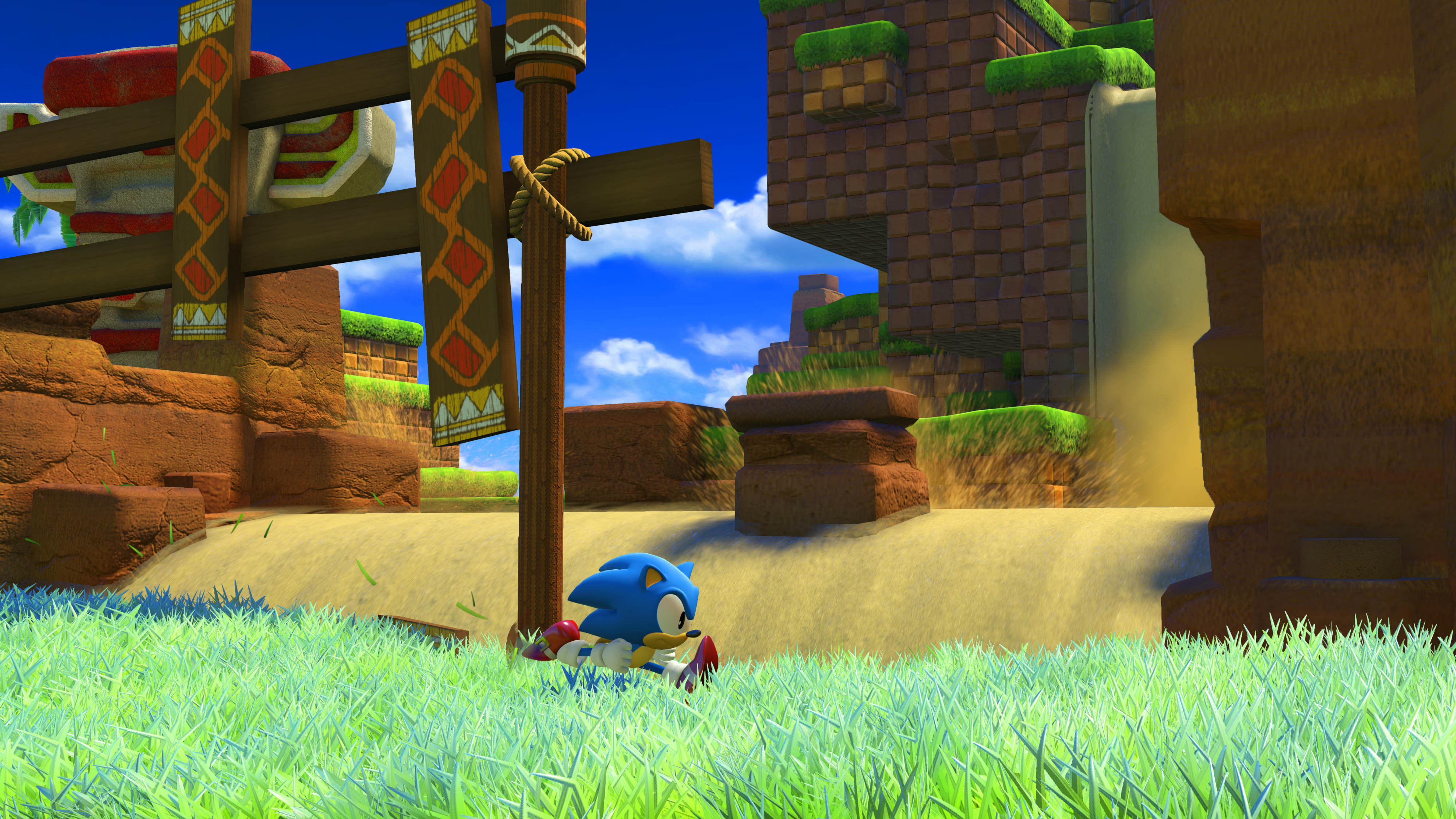 A lot of this sounds worse than it is: it’s mostly just exceedingly average. Levels are short enough where I never once felt like they were a chore to complete, and there’s enough variation in there in terms of setpieces where you can really start to see the framework of an expansive, epic Sonic. Hopping around Eggman’s base in space while navigating moving platforms gives me flashbacks to the great pair of Sonic Adventure games — a simpler time.

As for the Switch edition, 30FPS simply doesn’t feel good when you’re the self-proclaimed Blue Blur and things look blurry. It’s perfectly playable, like many 3D Sonics have been in past years, but given that the Switch version is 720p30 compared to 1080p60 elsewhere, it’s just odd — especially when you consider that Sonic Lost World ran at 60FPS on the Wii U.

While I see potential in Sonic Forces, the execution just isn’t there, especially with the Switch edition. In the future I really hope Sega reinvents the wheel, taking a more Mario Odyssey adventure approach. The whole level-based 3D “thing” hasn’t worked out so frequently that it’s worth a shot.