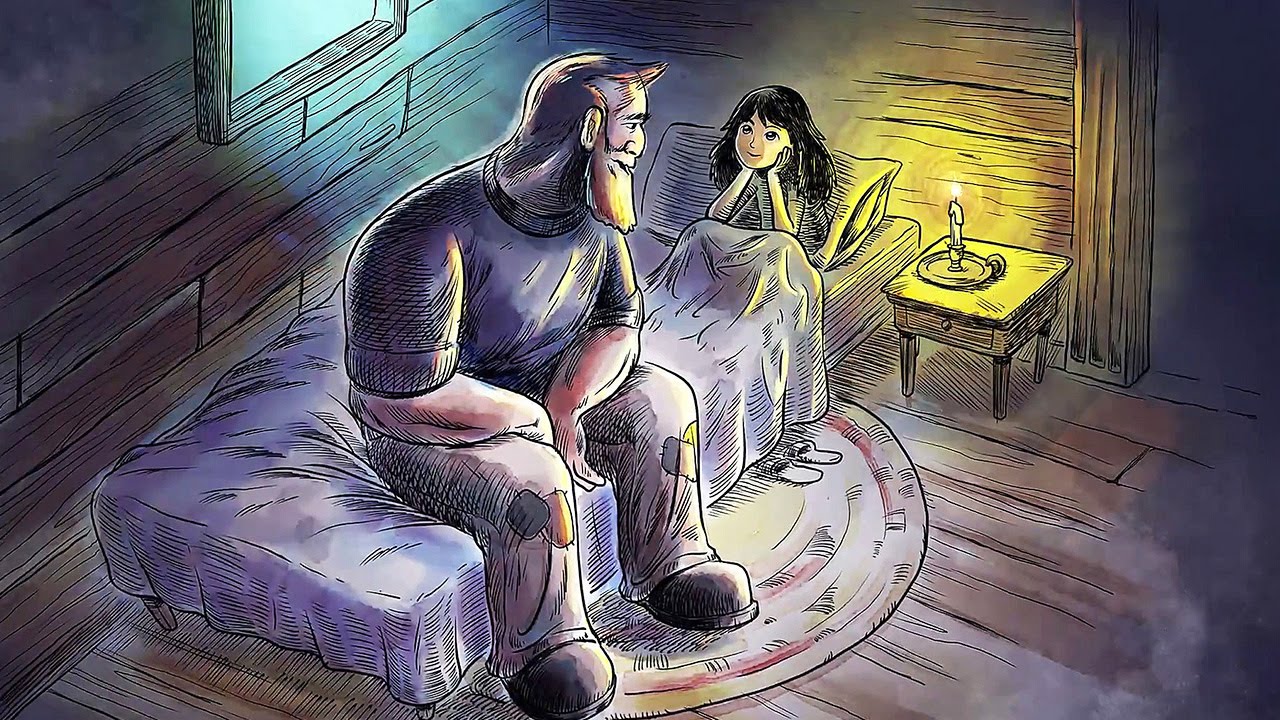 Insomniac is constantly re-inventing itself. Starting off as a mascot platformer machine with Spyro, it moved into making a shooter hybrid with Ratchet & Clank, before going full-on FPS with Resistance. Years later the studio went completely out there with Sunset Overdrive, and now, a metroidvania called Song of the Deep.

While it’s not at the top of its class, it proves that the developer clearly has a knack for the genre. 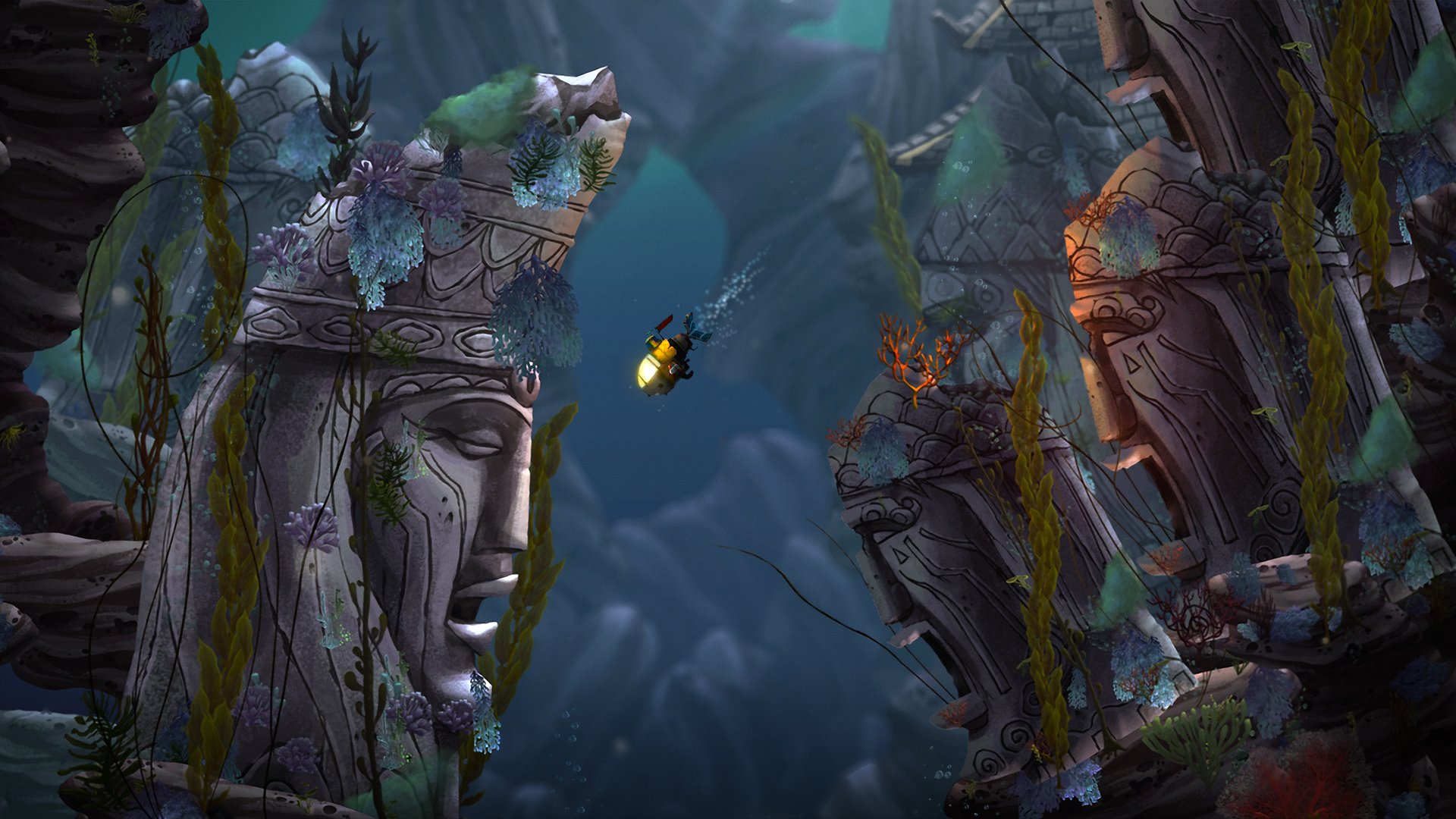 Song of the Deep sets its whimsical storybook tone seconds after the main menu dissipates. Presented as its own Irish folktale (like the 2014 film Song of the Sea), it’s immediately heartwarming, as we’re introduced to a young girl named Merryn and her father who live in poverty and survive off the whims of the ocean. One day, her dad goes missing, and she resolutely builds a rickety submarine to search for him. I really like the underdog feel. It not only makes Merryn more likable, but it also suits the entire nature of a metroidvania game, starting off naked and ill-equipped before you begin to encounter the more spiritual and fantastic aspects of the narrative.

I’m mixed on the rest of the presentation. While the story is concise and doesn’t drag, even while wandering the depths of the sea at your own pace, the way it’s presented is…off sometimes. The entire affair is narrated by one person, complete with distorted voices for a more prescient feel for some characters. Our soothsayer does a good job all said, but there are times when a lot of the emotional impact is lessened because of her low-key delivery.

The same disparate sentiment goes for the art style. The backgrounds? Gorgeous and stunning. It knows when to be mystical, when to be beautiful, and when to be terrifying. Each area has a unique feel, but showcases one cohesive design that doesn’t seem like it borrows too heavily from one another. But the character and enemy models do look cheap, especially when the game starts re-using the latter with slightly different colors. There are also a few technical issues like framerate drops when the action gets hectic, and voices talking on top of each other. It’s never broken, mind, just occasionally off.

In spite of all that, it plays very well. The floaty physics are spot-on, and it’s easy to move around and boost on a dime, which is helpful for both combat situations and getting around physical hazards. Players also have enough options without feeling overwhelmed, with a hook (a way to grab objects that doubles as an attack), various missile types, the aforementioned dodge, searchlights for darkened areas, and a sonar pulse that highlights hidden areas — all of which sport their own upgrades in exchange for currency.

The claw itself is clearly the crux, as its open-ended uses include grasping missiles for additional attacks and chucking scenery at foes. Later on you can even get out of your sub, Blaster Master style, and enter crevices in search of more upgrades and secrets (thankfully, there is an instant teleport button to alleviate any frustration of “finding your ship”). For an unassuming game, it sure features a lot of well-layered fundamentals, no doubt the result of Insomniac’s years of experience.

As a metroidvania though, it only partially succeeds. The main path is more linear than I’d like, which is both good and bad. It’s nice to not get lost in areas that look the exact same, but every so often I’d reflect on a completed zone and go “that’s it?” having only spent 10 or 15 minutes conquering it. Returning to comb for riches yielded more rewards, but people who rush these types of games will look back on a shallower escapade in their mental rear-view mirror. 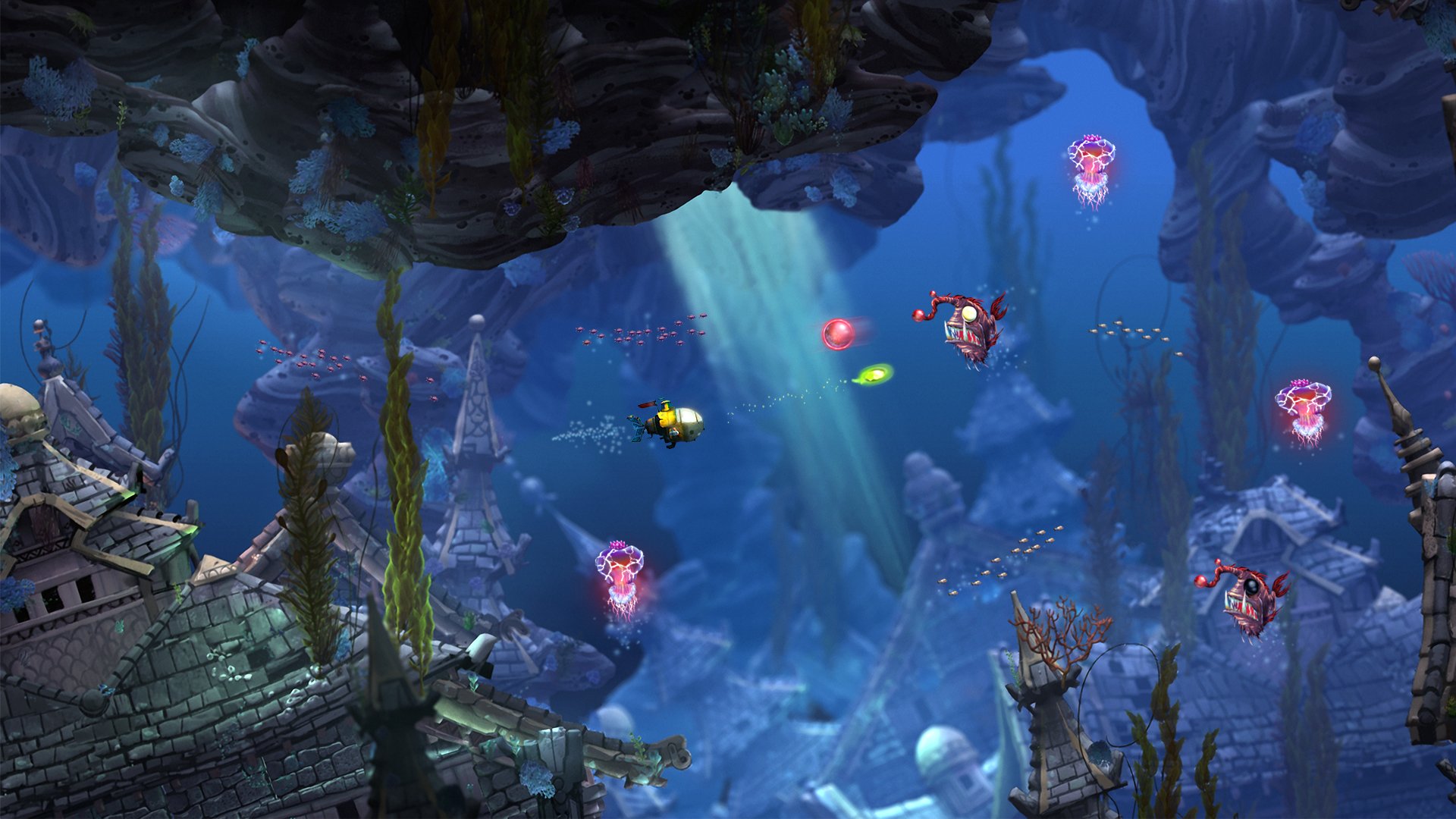 Despite its sparkling surface, Song of the Deep could use a bit more polish. That said, it hits more than it misses, and I can easily see myself coming back to its sprawling world every few years or so. With more development time in the form of a sequel (possibly using another mythos and setting), it could be something really special. For now what we’ve got is absolutely still worth playing.