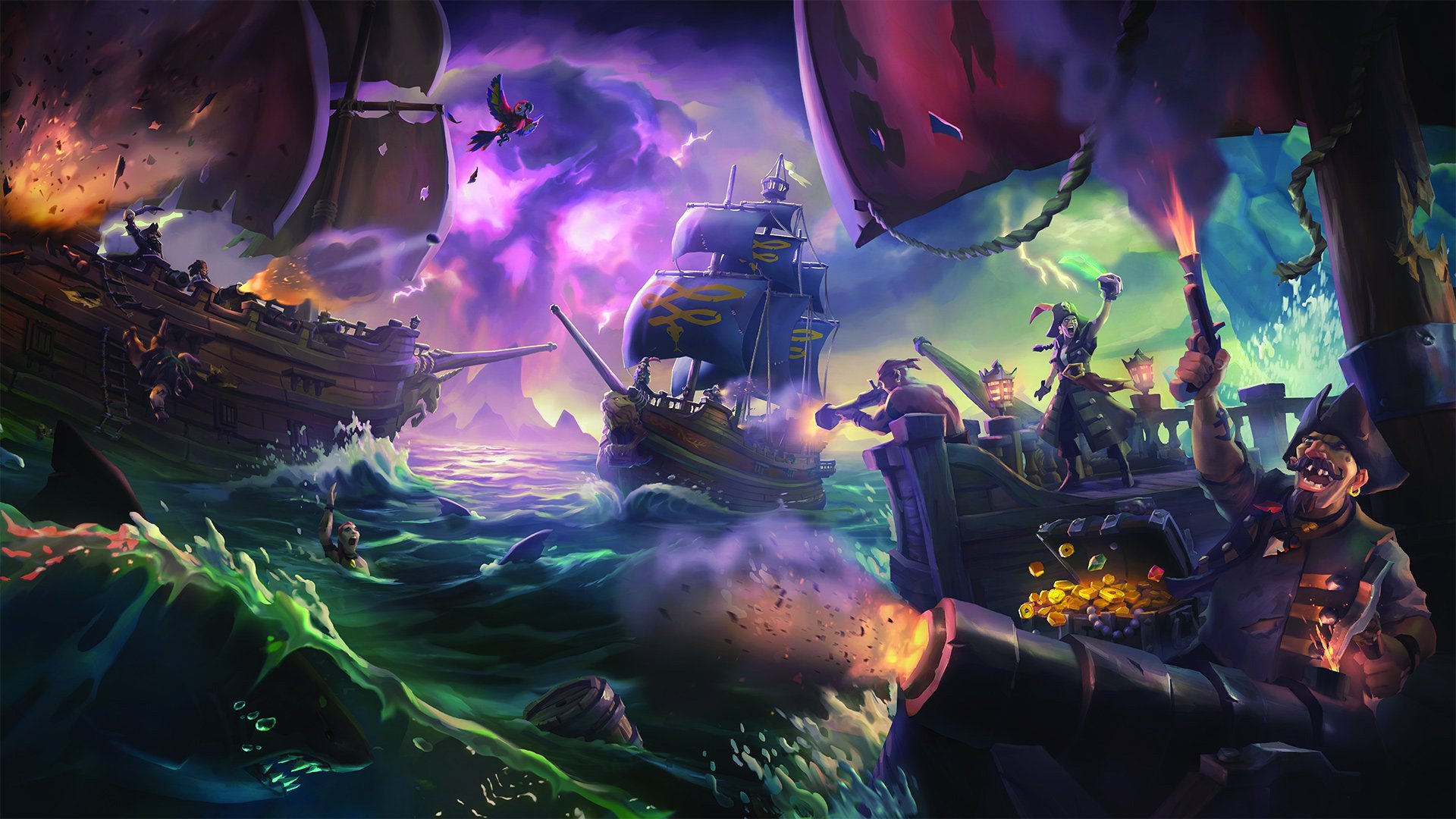 Sea of Thieves is proving to be a divisive game.

During my review-in-progress, I said that I fell in the middle of the pack: somewhere between the folks who find Rare’s shared-world pirate adventure dreadfully boring and those who feel it’s an amazing goof-filled social experience that cuts out a lot of the fat in modern multiplayer gaming.

The thing is, Sea of Thieves can genuinely be both. Much has been said about its lack of progression in favor of giving all players the same tools, weapons, and capabilities right at the start. There are only so many ways quests can play out before monotony sets in. And crew-on-crew battles, while often exhilarating and hilarious, aren’t as commonplace as you would probably expect.

But when the stars align in unscripted or otherwise unexpected ways, Sea of Thieves is such a treat. 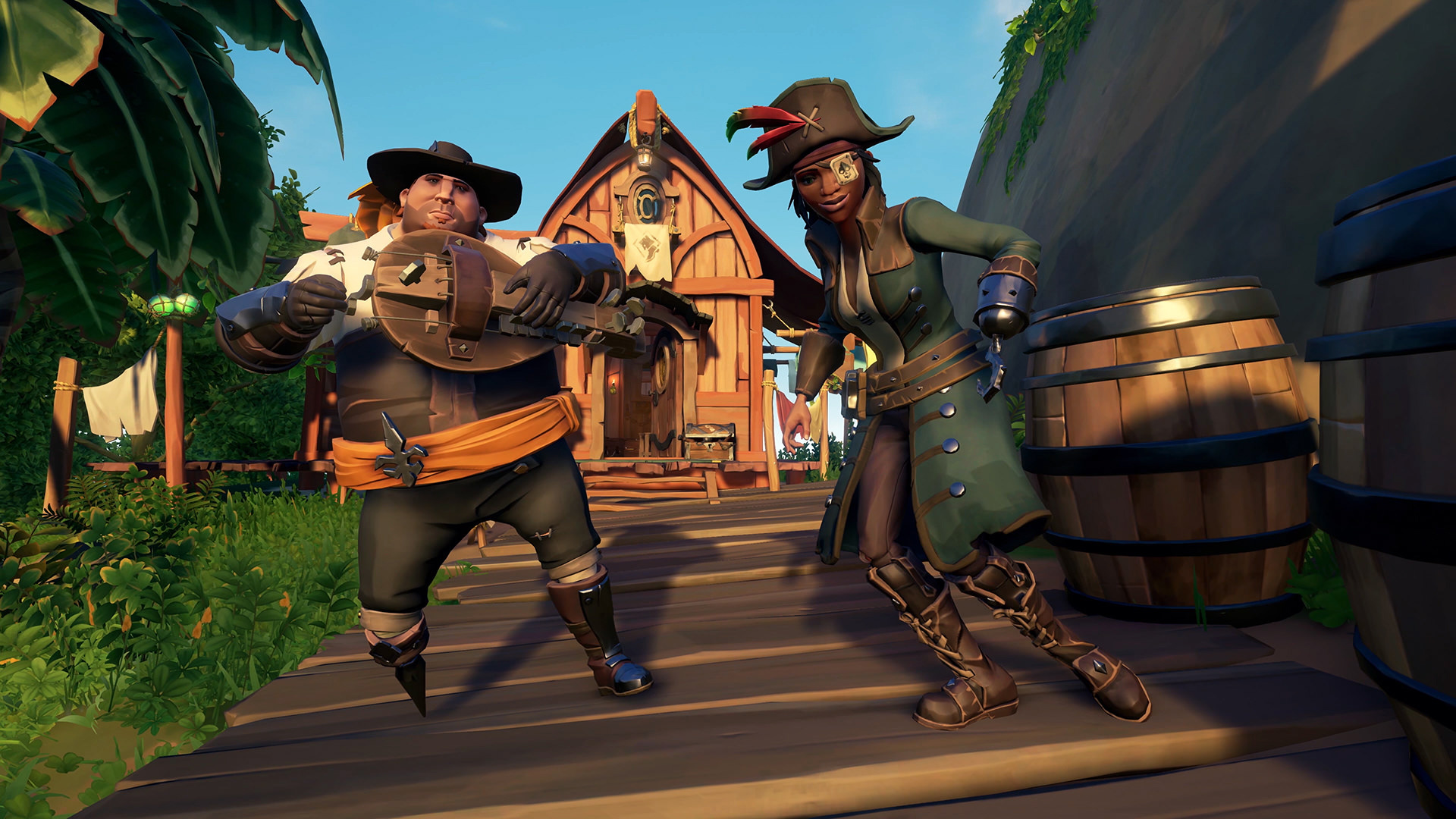 Not a whole lot has changed since I shared my initial thoughts on the game earlier this week. I’ve steadily bolstered my reputation by taking on jobs for the trading companies, whether it’s finding buried treasure for the Gold Hoarders, collecting once-sentient skulls for the Order of Souls, or capturing pigs for the Merchant Alliance (and keeping one as an all-too-temporary mascot). I’ve earned enough cash to deck out my pirate with a fancy jacket, a hat, and a hook. I’ve picked up tips ‘n’ tricks, like charming snakes with music and tossing buckets of water onto metal skeletons to rust their joints.

But content-wise, I haven’t seen anything drastically new or different these past few days. The quests I’m accepting now feel an awful lot like the quests I was doing in the beginning, albeit with more pit stops. Every so often I’ll find a message in a bottle and embark upon a cool chain of riddles that might have me playing my accordion to unearth a trail, or raising my lantern in the right spot to reveal the next clue. But in terms of finding interesting new locations, I’m coming up short. For me, Sea of Thieves has stopped being a game about the drive to explore and almost exclusively become a game about the desire to share experiences with others — even if it’s across increasingly familiar content.

While Sea of Thieves is usually at its best when played with friends who know how to push your buttons and introduce just the right amount of chaos into a volatile situation, this week I had two of my favorite online encounters in recent memory, and both of them came about thanks to random players.

One session involved my full crew of strangers deciding to take on a skull fort — a tough wave-based event with a huge payday up for grabs — only to get caught in a three-way fight. It was too deadly on land, so our ship continuously circled the island fortress and peppered cannonballs at the other teams. To help break the stalemate, we sent an emissary to the smaller of the two vessels. We brokered an alliance. From then on, it was us and the “little ship people” versus the blinged-out “big ship.”

This player-vs.-player-vs.-AI skirmish lasted well over an hour, with never-ending casualties on all sides. I’d sneak aboard and cap a few big-shippers just to take a blunderbuss to the chest, respawn, and try again. When the fight finally sizzled out, we didn’t come away any richer — but as far as we were concerned, we had won. We denied our bitter rivals the treasure they so vehemently sought. 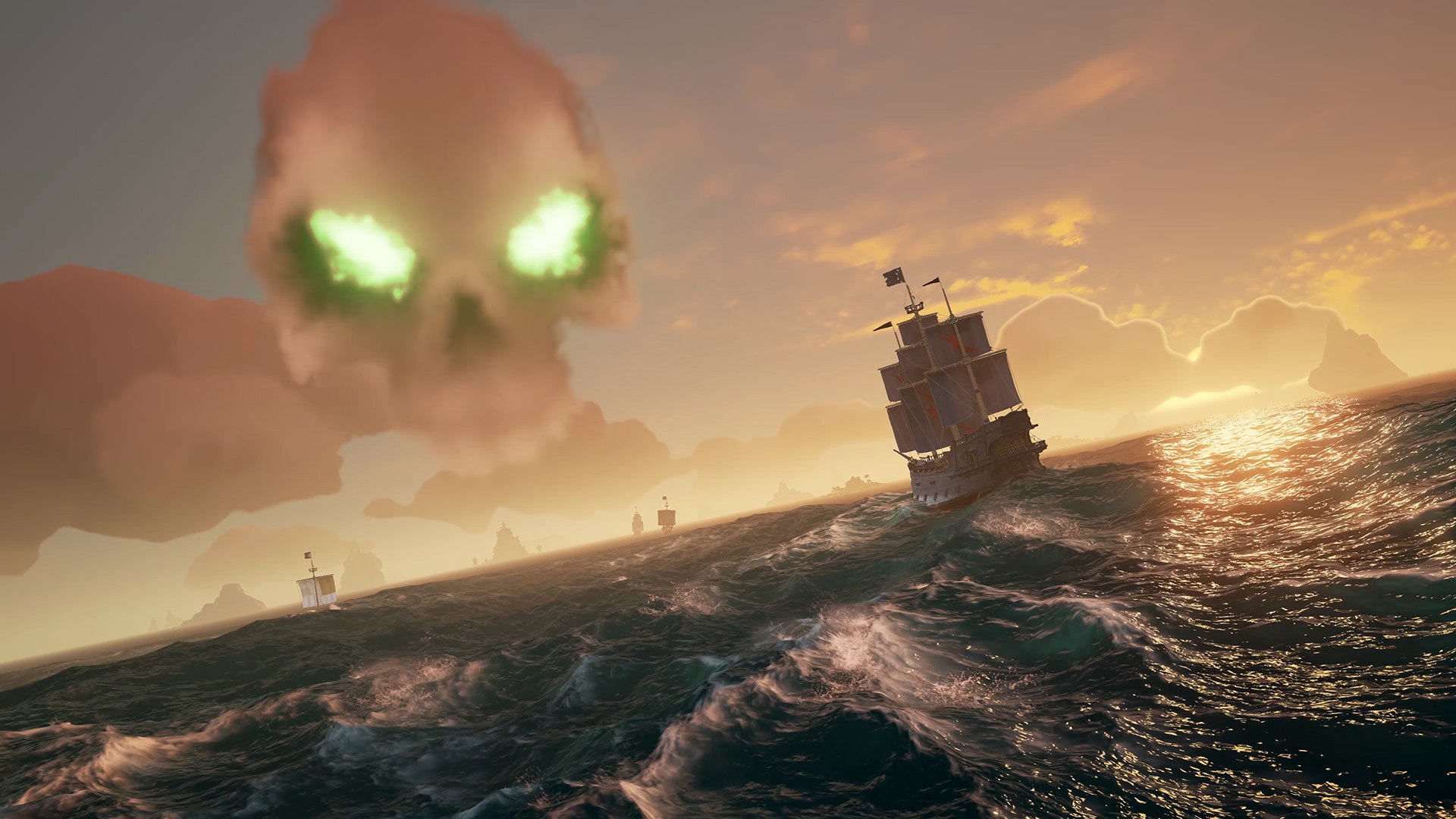 The other session was much lower-key, but infinitely more satisfying. While turning in loot at an island outpost, I heard another player’s voice. It was a kid — the innocent, naive kind, not the way-too-good-at-video-games kind. He wondered if he could join me, and after some initial hesitation (this person could betray me at literally any moment and I’d have no one to blame but myself), I said “Aye.”

What followed was two-plus hours of unwavering teamwork, despite the fact that we weren’t in the same crew. I’d mark points on the map and steer the boat, and he’d manage the sails and anchor and play music during downtime. We would venture to different areas, and whenever he wandered too far away (voice chat with randoms is proximity-based), I’d fire a cannon to call him back to shore.

At one point, we both died to an army of gun-toting skeletons only to separately sail back, reunite, and finish them off. We even split our treasure right down the middle! He eventually lagged out and my game client coincidentally crashed around the same time, but for an afternoon, he was my pirate son. 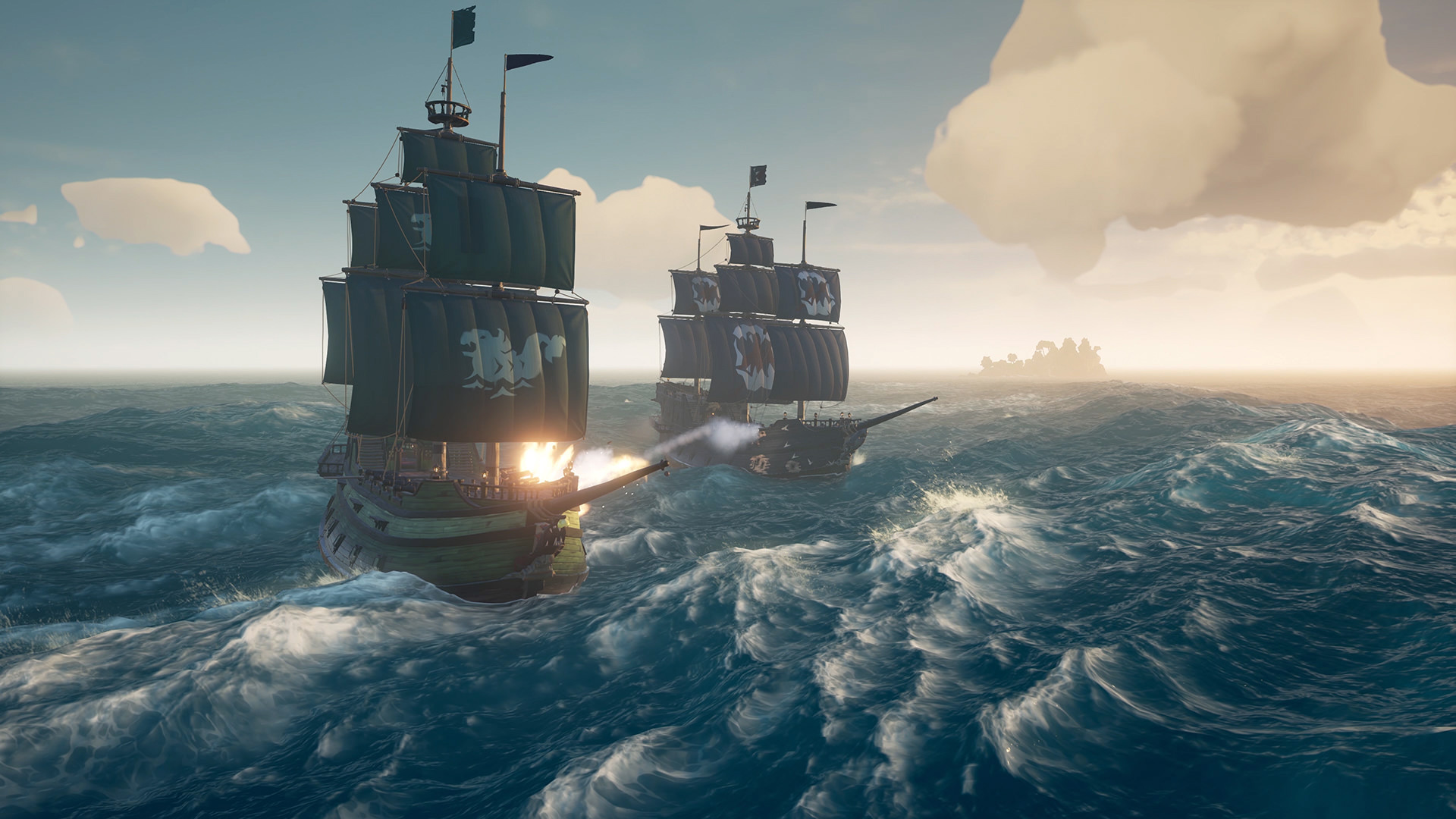 These stories hopefully help illuminate how much fun this sandbox can be when you’re in the right place at the right time. Even though Sea of Thieves ultimately feels light on meaningful things to do, what’s here at launch is still powerful enough to generate unforgettable memories between players.

I can’t stress enough how impressive the water tech is and, just as importantly, how well-tuned I find the sailing — it’s about perfect to my tastes, offering sufficient challenge to keep me on my toes but not so much push-back that it ever annoys. I also love how approachable Sea of Thieves is as a social playground. All told, there are numerous reasons to like this game and wish it nothing but the best.

Some people are going to be in it for the long haul. Others will play for a week, get their fill, and bounce right off. For my part, I sincerely hope Rare bridges that gap and gives everyone more reasons to stay invested and motivated — and does so soon. We know updates are coming throughout the year, and the studio continues to fix server issues. As is, though, Sea of Thieves leaves a lot to be desired.

The foundation is great. The fundamentals are there. It doesn’t take much imagination to see how this game could blossom into something magnificent. But so long as it’s missing long-term depth and incentives to stick around past the first few weeks, Sea of Thieves will feel like a missed opportunity.