This is a game that knows exactly what it is. Even the title doesn’t leave a hell of a lot to the imagination. You’ve got school girls, and you’ve got zombies. These high school ladies don’t appear to be too worried about getting bitten though. In fact, they’re constantly throwing their clothes and used underwear into the hordes of undead enemies. They don’t give a fuck about common sense or the practicality of covering yourself up when surrounded by things that are trying to bite you. Welcome to School Girl/Zombie Hunter.

The story focuses around five ladies as they battle their way through, the adorably named, zom-zoms. The best parts have almost nothing to do with any overarching plot, it’s the inane dialogue exchanges where it really shines. I touched upon it a bit during my review in progress a few days ago, but everything is presented in a deliriously fashioned B-movie sheen. The cast is split between generic, shy types and ultra-vain, over-the-top badasses. The one thing all of them have in common is their desire to escape the school where they’re stranded. Also, that they really don’t like wearing clothes. 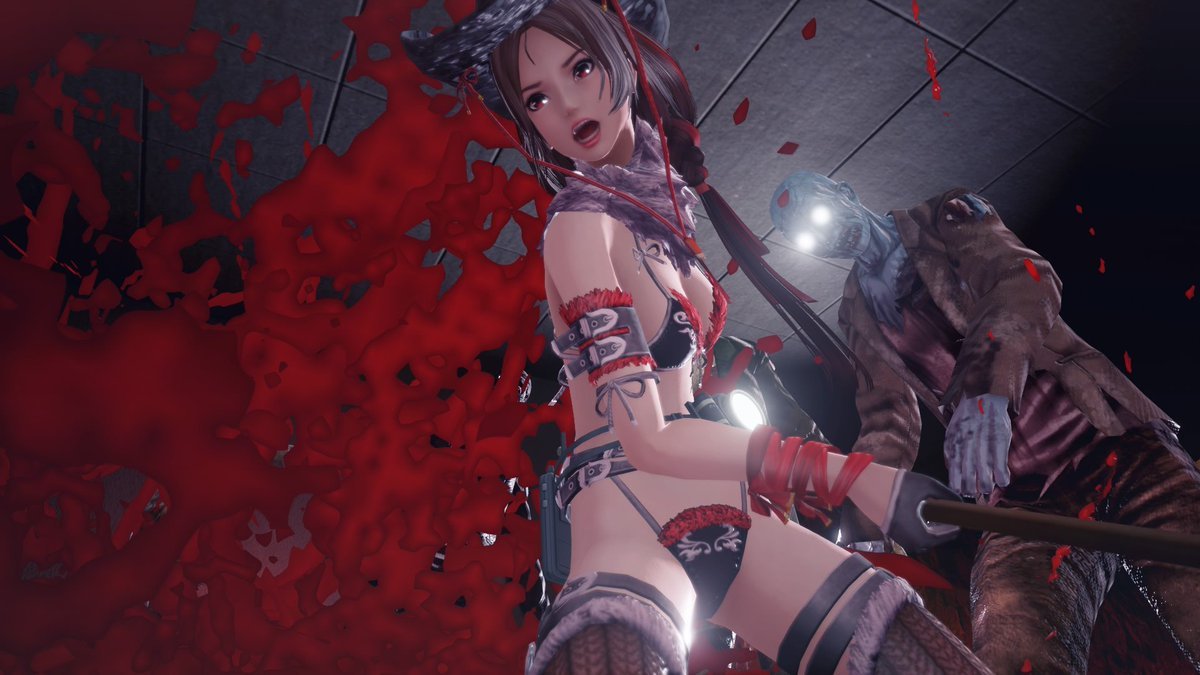 The combat is comprised of third-person, Earth Defense Force–styled gunplay, a one-button melee attack, and the ability to use various items like grenades and tripwires. It’s incredibly bare bones, but it’s also very functional. The missions each offer different objectives, but they all amount to the same basic premise: Kill a bunch of zom-zoms.

If you ever find yourself overwhelmed by enemies, you can tear off your clothes and throw them as a distraction. This is never not funny. You only get to do this once per mission though, and your character will be running around in their underwear until you reach the end. Watching all five of the lingerie-clad leading ladies prance around rotting corpses while shooting rocket launchers and automatic weapons is just as hilarious as it sounds.

Another thing that I spoke about during my previous report was how the game never really feels all that “sexy.” It almost seems like the developers are mocking their target demographic to a degree. However, as I found out once the game launched on PSN, that’s because they locked all of the truly skimpy outfits away as paid DLC. They’re only $0.99 a piece, but it’s something to consider. They range from different colored thongs to one that is literally just cherry tomatoes covering their nipples and a single, small leaf of lettuce between the legs. I can’t help but wonder how exactly those tiny pieces of produce are staying in place, but I suppose the game was never meant to be realistic.

I did have the chance to test out the online component, and it’s safe to say that it’s a total mess. Zom-zoms will go sliding sideways across the floor like a drunkard attempting to impersonate Tom Cruise in Risky Business, and the lag is genuinely, all around, pretty terrible. Still, I had a good time running through it with my roommate and three other strangers. There are only ten levels to choose from, but it was fun while it lasted. Unfortunately, split-screen local play isn’t an option. If you want to play with a friend, it’ll have to be over an internet connection on separate consoles. 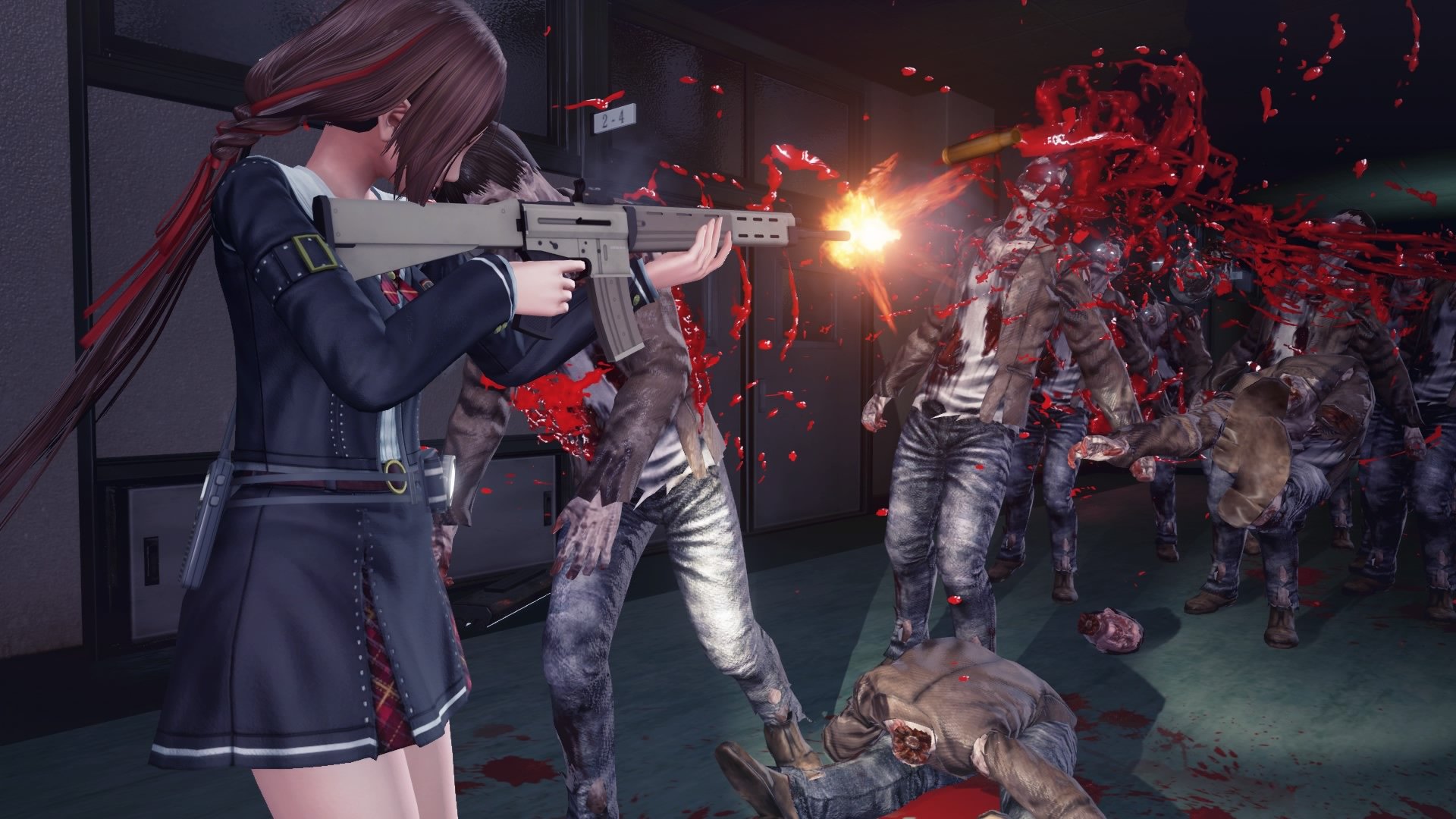 The thrill of just how batshit insane everything was started to wear a bit thin by the time I got to the last chapter of the game, and the ending was way too serious. It’s mostly fine but extremely anti-climactic. I’d have loved to see them kick things up a notch and get really weird but, instead, it all felt a bit uneven and rushed.

Despite it’s many, many flaws, School Girl/Zombie Hunter was a solid, camp-drenched romp, and it left me craving more. It may be a bit pricey for a budget title, but I found myself smiling constantly throughout the experience. It’s all so obscenely trashy and tongue-in-cheek that it’s hard not to wonder how the developers plan to follow this up. It never quite reaches the glory promised in the first half of the game, but this spin-off of the Onechanbara franchise definitely has potential.