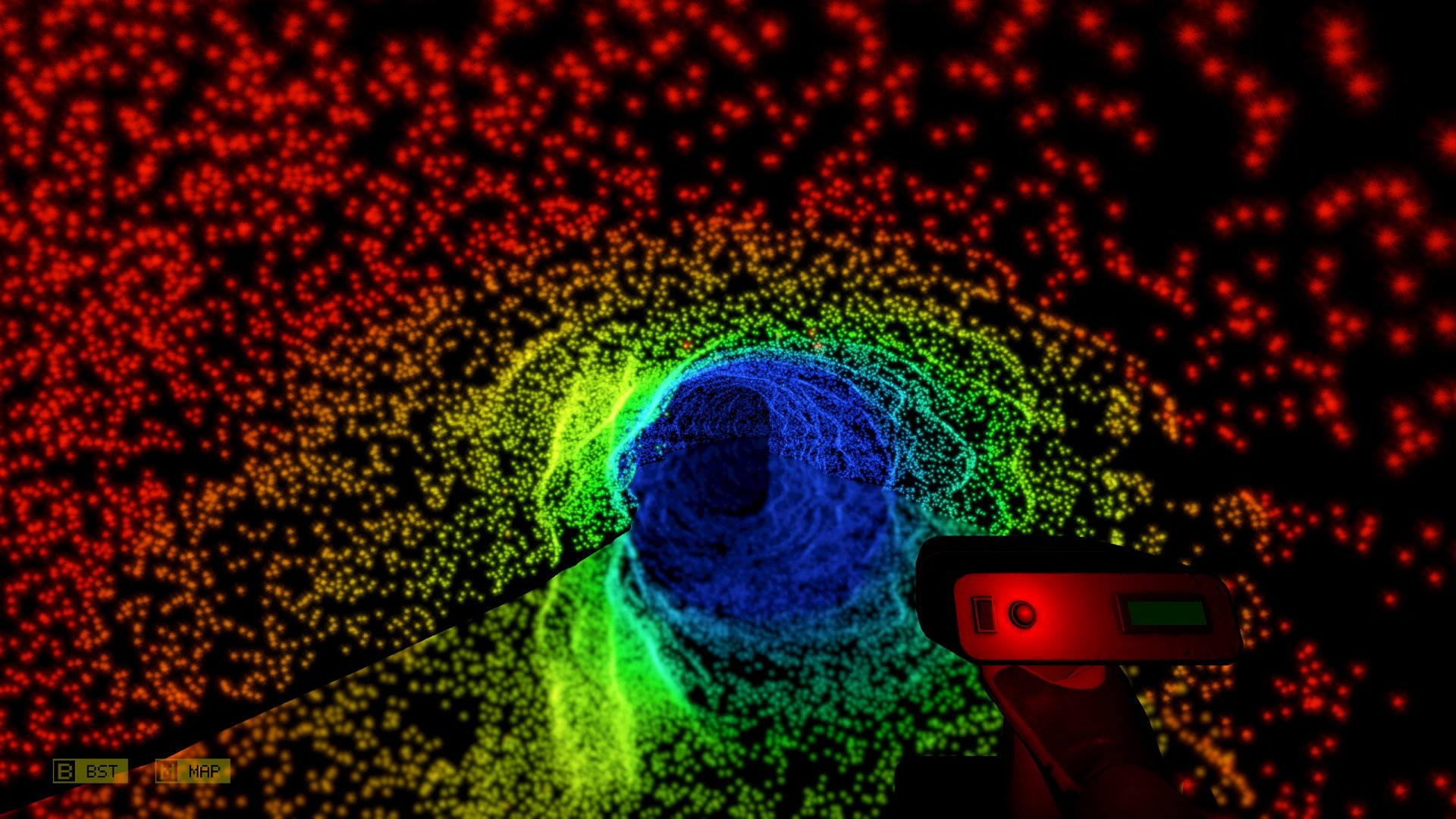 There’s a certain decay between playing Scanner Sombre and just reading my words about Scanner Sombre. That’s how you know it’s effective in what it sets out to accomplish. Nothing short of actually playing it will convey quite the right sensation. Still, novel as it is, it’s the things Scanner Sombre doesn’t do that glare the brightest. 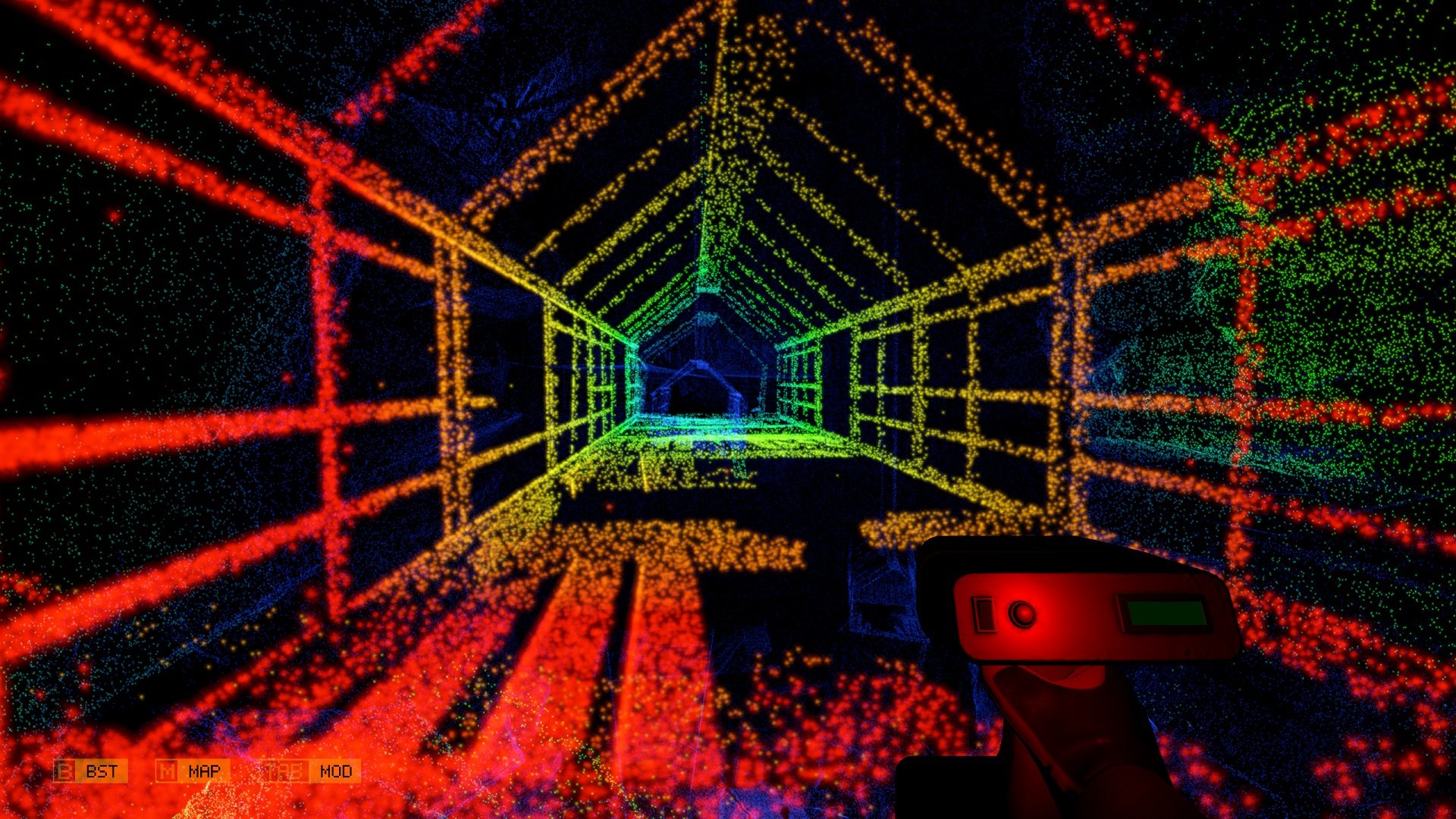 It all starts in a well-lit tent in a not-well-lit cave. Sitting maybe 10 meters ahead is something called a LIDAR (Light Detection and Ranging) scanner and this is the only tool that matters over the course of Scanner Sombre‘s two-ish hours. The LIDAR is capable of blasting millions of colorful light points to illuminate anything that’s solid. From infrared to ultraviolet, the scanner materializes a luminous path through the dark.

It’s a stimulant for the senses from both ends of the spectrum. The radiance of the light is a constant wonder, as painting the environment feels endlessly fascinating and always cool. But, there’s an offsetting claustrophobia to the pitch black that adds an omnipresent degree of tension.

Not far in, the cave shows its hand. A lot of awful shit happened down here and you’re going to shine a literal light on it. Once the pathfinding technique gets nailed down, everything turns into something of a walking tour of tragedy. It’s a stroll through the utterly macabre, as Scanner Sombre strikes a thematic unity between the darkness of the setting and the darkness of the events.

But Scanner Sombre never leans into its grisly tone quite far enough. There’s a section midway through where it feels like everything’s about to get overwhelmingly dreadful, but then developer Introversion takes its foot off the accelerator. Nothing ever reaches that level of suspense again, and it’s impossible to not feel like Scanner Sombre peaked too early despite the foundation being expertly laid.

Scanner Sombre is a gimmick game, and I honestly say that without any ill intent. Its gimmick is beautiful and engaging and kind of amazing. To its credit, Scanner Sombre is seemingly aware of the limitations of this because it’s brief enough to not wear out its welcome. However, the kaleidoscopic interior decorating is a means to an end, and that end just isn’t as thrilling as what’s in the mind’s eye.