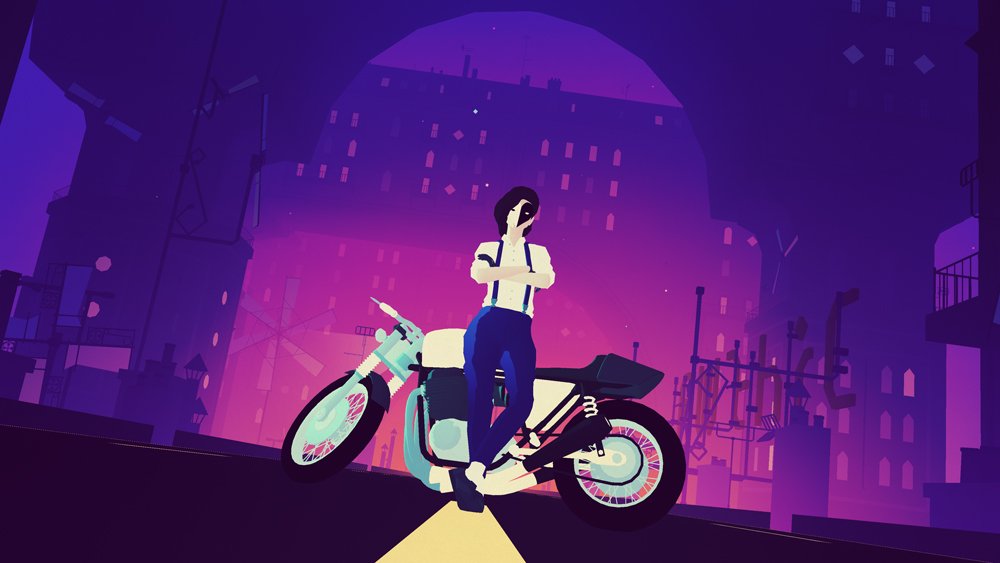 You only have one chance to make a first impression

Adequately covering the launch of Apple Arcade is a herculean task for even the biggest of websites. There are just so many games, all released at once, during one of the busiest Septembers in recent memory. With this new streaming service, Apple has done what it never could before: transformed its iOS ecosystem into an environment where all types of games have the chance to succeed.

Not every game that makes its way to Apple Arcade will be good, we’ve already learned that. But you shouldn’t discount the service just because it’s mobile. This is a game-changer for the format, one where experimental games can finally get their due alongside the free-to-play bores that dominate the industry. Without Apple Arcade, I’m not sure many mobile gamers would even be aware of something like Sayonara Wild Hearts. Now, especially with the available trial period, they really don’t have a good excuse to not give the crazy ride a shot. 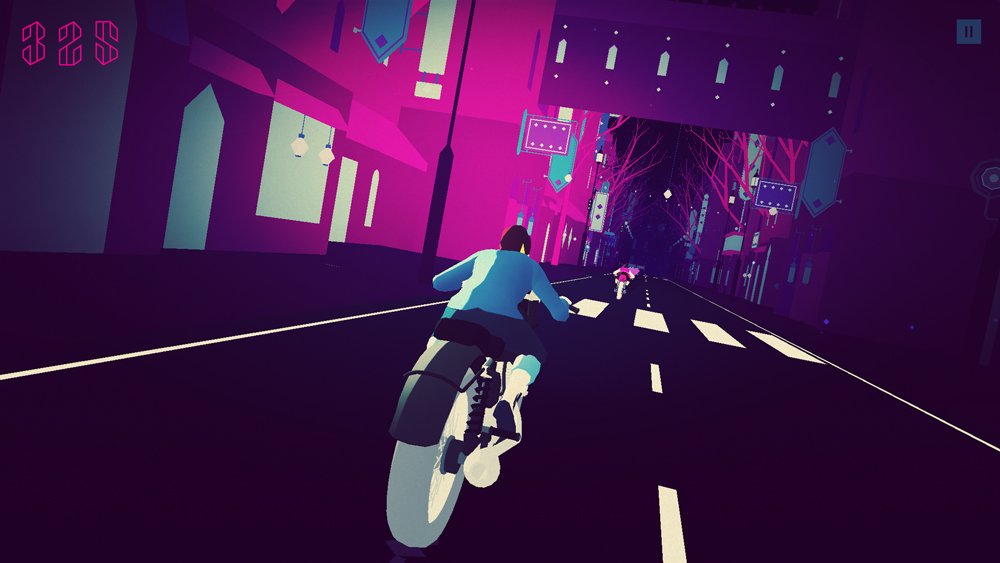 How do you mend a broken heart? That’s the question at the center of Sayonara Wild Hearts, the new genre-defying music game from developer Sigomo. It’s a technicolor dream, an interactive music video that combines the very best of the indie-pop scene with the type of unrestrained creativity you only see out of indie game developers.

Narrated by Queen Latifah, you play as The Fool, a woman suffering from heartbreak chosen by celestial beings on the verge of cessation who just might be the one to restore balance to the universe. Standing in her way is Little Death and her allies, and over the course of 23 levels, you’ll race, shoot, dodge, and fly your way through an audio/visual experience like no other, one where what you see on the screen often overshadows what you’re doing with your controller.

From its open rendition of Claude Debussy’s “Clair de Lune,” Sayonara Wild Hearts hits the ground running at speeds that’d put Sonic and Captain Falcon to shame. This is a very fast game as The Fool races through on-rails levels on her motorcycle, in her car, or riding atop whatever else she encounters in her journey. Hearts and shards you need to collect for points in each stage fly across the screen at breakneck speeds, and if you want to get the silver- or gold-tier scores, you’re going to have to react with obscene precision. For me, it became easy to falter through each stage because of how often I became completely lost in the music.

Sayonara Wild Hearts is a complete pop album, one written and recorded as a cohesive experience. You know, like how albums used to be before every artist figured out to game the Billboard Hot 100 since it started including music streams. There are tracks that are purely instrumental and those with lyrics, each perfectly attuned to what is happening on screen. If your only exposure to pop music is Top 40 radio, prepare to have your horizons expanded. The songs you hear in Sayonara Wild Hearts isn’t the same type of music you’ll hear from the Maroon 5s or Katy Perrys of the world, you have to go more obscure to find tunes at this level. Emotion by Carl Rae Jepsen is the closest mainstream equivalence, but search YouTube for artists like MUNA, Millie Turner, and Charly Bliss and you’ll be right in Simogo’s wheelhouse.

This might actually be my favorite album of the year. Unfortunately, that appreciation doesn’t carry over to the gameplay. As I said before, Sayonara Wild Hearts is fast and oftentimes, it can feel unplayably fast. Because of the blink-and-you-miss-it nature of each level’s design, I found myself playing catch-up with everything happening on screen rather than reacting in real-time. When I did screw up and crashed into a wall or something, it didn’t much matter as this has one of the most charitable checkpoint systems I’ve ever encountered, going so far as to let me completely skip a difficult section if it proved too troublesome.

I didn’t end up skipping any part of Wild Hearts as I didn’t want there to be something spectacular I missed. While a majority of the levels see The Fool racing her motorcycle down an erratic path at blistering speeds, its when the developers break away from this formula that Sayonara starts to rise above expectations. There are some deftly creative levels here, including brilliant races through the woods and a set of stages involving a VR visor that act a palette cleanser to the rest of the game. While the concepts don’t venture too astray, the unpredictable nature of the campaign kept me firmly glued to my iPad. 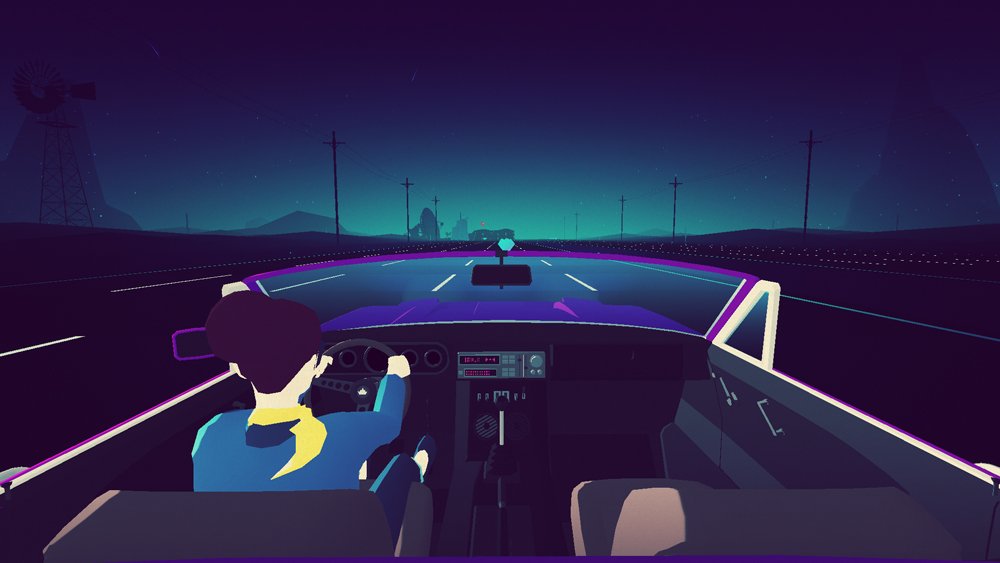 Despite the brilliance of Apple’s Retina screen, I don’t believe mobile is the best way to enjoy Wild Hearts. The neon-soaked visuals scream for a big-screen experience which a mobile device, even the biggest of tablets, just cannot provide. I was also unable to find a preferred way to control the game. Using my Xbox One controller over Bluetooth, moving my character around the screen worked fluidly though when it came to the quick-time events, I was rarely ever able to hit those with perfection. Using touch controls, the QTEs were more favorable towards me but character movement took a hit as I had to keep sliding my finger left or right when I wanted to move in that direction. Setting the touch control sensitivity to high alleviated some of those issues, but making quick, tight movements was still problematic.

I think playing this one on a standard console, either Switch or PS4, is the way to go. But even then, the real issue keeping Sayonara Wild Hearts from the brilliance that is so obviously there is how the experience is presented to players. Simogo has routinely referred to this game as a “Pop Album Video Game” and having played it, that description makes sense. Each level is an audio/visual song and when taken together, these songs make an album.

But Wild Hearts isn’t presented as an album. Rather, your first go through is merely a collection of singles. When you complete a level, you get your score and are taken back to the menu to select the next level. For as cohesive of an album as this is, those quick breaks in the music disjoint the flow, like skits in a ’90s rap album. Players need to be able to experience this album from beginning to end without interruption to really soak it in. It’s a far superior way to play, and I know this because once you beat the game the first time, you unlock a mode called Album Arcade that lets you do just that. 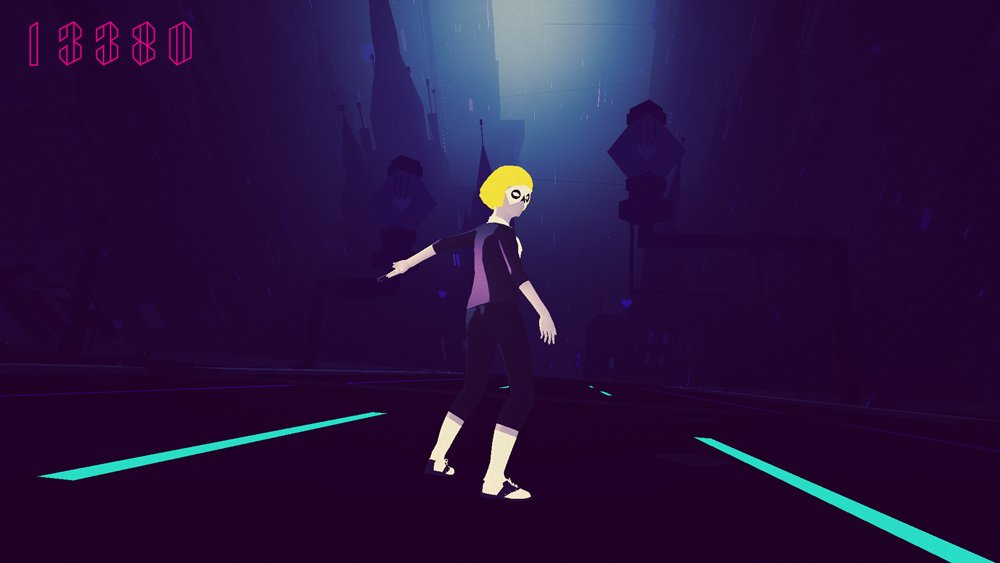 I cannot stress the difference it makes when you play through completely uninterrupted by menus and scores. It’s the equivalent of buying the album yourself rather than trying to listen to it on Pandora as every song is interrupted by a commercial break. Going the Album Arcade route is an experience on a plane of its own and had it been the way I first encountered Sayonara Wild Hearts, I’d probably still be too flabbergasted by it to actually write this review.

Beyond Album Arcade, there are high scores to chase for every level, another extra mode you unlock when you get all gold-tier scores — something I doubt I’ll ever be able to do — and additional secrets to find in the form of Zodiac Riddles. Even if this game is the length of a standard album, the replay value is high for those who give themselves over the rhythm of the music.

Sayonara Wild Hearts is what you’d get if Robyn ran the Grid from Tron. A stunning collection of music, action, heart, and radiant setpieces, it’s easily one of the most inventive and unpredictable games of 2019. And it could have been one of the best too if only the developers had made the decision to present this album as a whole upfront rather than take players through it track by track.