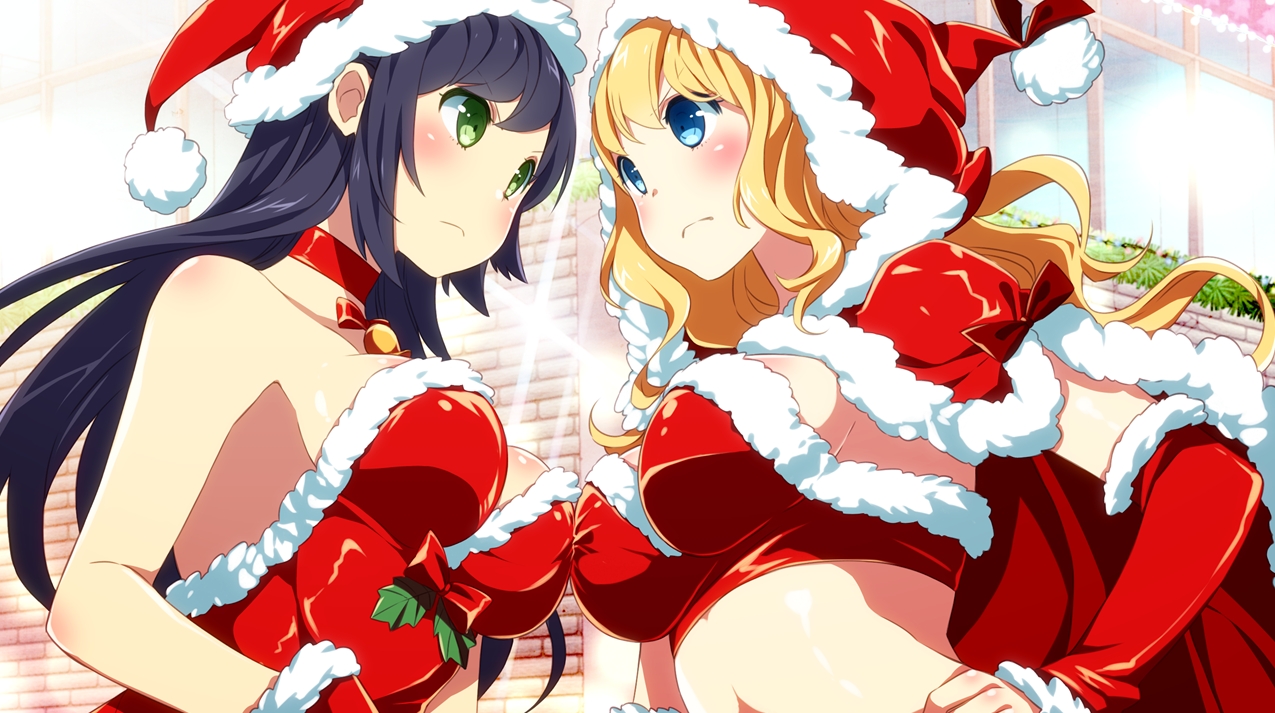 A Christmas Miracle for the Solo Set

When it comes to holiday traditions, Christmas-themed video games aren’t as common as Christmas movies or television specials. For whatever reason, be it development times, commercial titles’ higher average price tag, or the youth of the medium, you’re just not as likely to be sitting down at your PC or console to play a Christmas-themed game during a lull in the festivities.

With Sakura Santa,Winged Cloud (developer of last year’s Sakura Spirit) and MangaGamer aim to put their little visual novel up as one of the few, the proud, the on-sale just in time for a solitary soul to boot up at Christmastime. 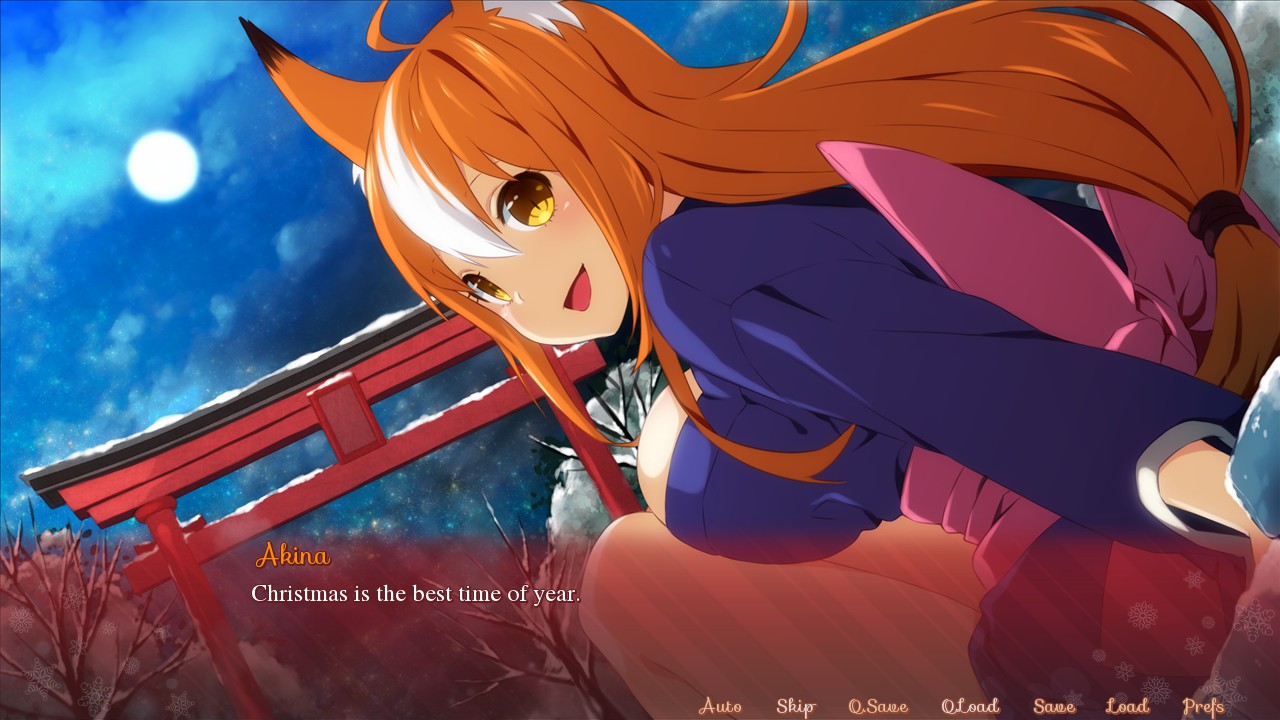 The aforementioned solitary souls seem to be situated smack in the target-audience sweet spot for Sakura Santa‘s story, as it revolves around Koji, an otherwise unremarkable college student whose main claim to fame is that he’ll be lonely on Christmas eve.

Yeah, that’s really about it. Sakura Santa takes advantage of the fact that Christmas in Japan is more of a romantic holiday than a familial one, and kicks off with Koji visiting a nearby shrine to wish for someone to spend Christmas with. His wish is granted in short order, by fateful run-ins with Itsumi, an old childhood friend, Akina, a local fox spirit, and none other than one of Santa Claus’ daughters. Then the only question is: Who shall he spend the time with? 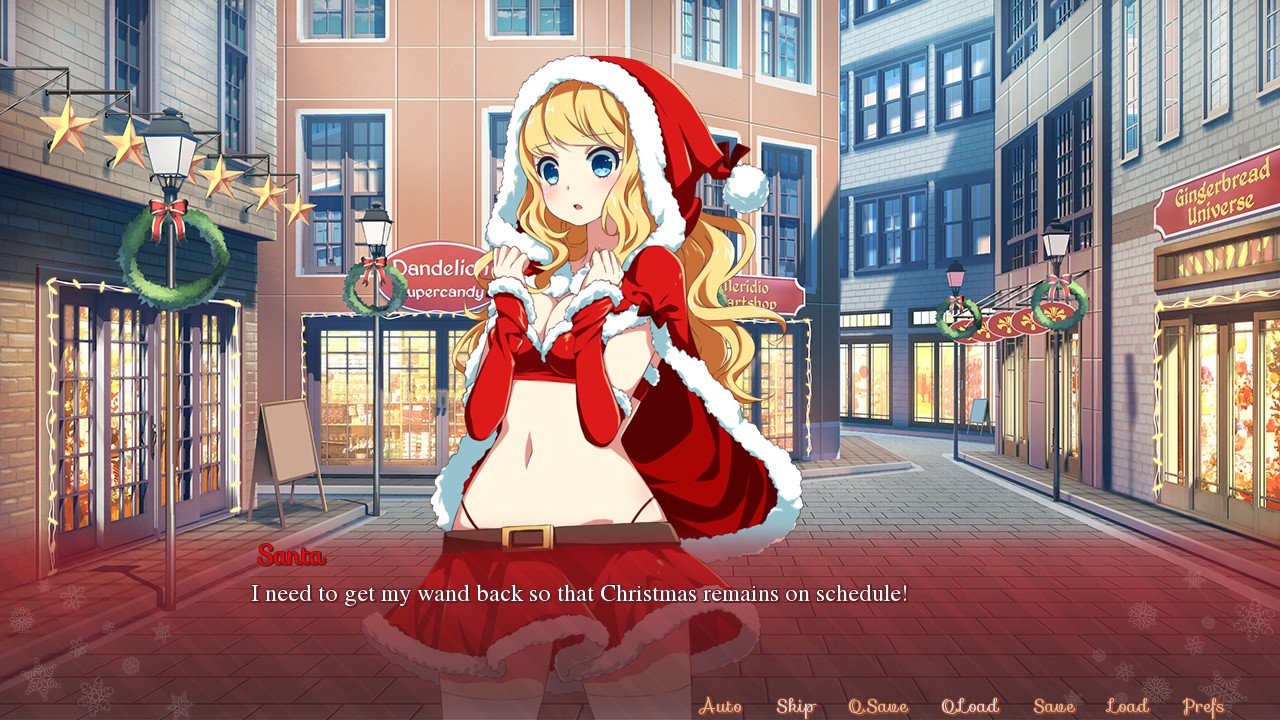 Now, before anyone gets any ideas, it’s worth pointing out that Sakura Santa is not an adult game. The game’s Steam store page takes care to stress that it contains “no sexual content.” And they’re technically right. There is no nudity, nor are there sex scenes in the whole of the game’s two- to four-hour runtime.

There is, however, plenty to ogle in the form of the three girls’ character designs and the event scenes from the four available storylines. The art does stand out as the main draw, given that Sakura Santa has little else going for it. It’s shorter and possessed of a much more bland premise than Sakura Spirits, and features a smaller cast to boot.

Akina and Santa’s stories quickly fall into too-similar “magical/alien girlfriend” templates familiar to anime, and though Itsumi’s plotline also veers on the generic side, the story of trying to connect with an old flame after years growing apart is, at least, more inherently engaging. Then again, the other girl has fox ears and a short kimono. A dilemma, to be sure. 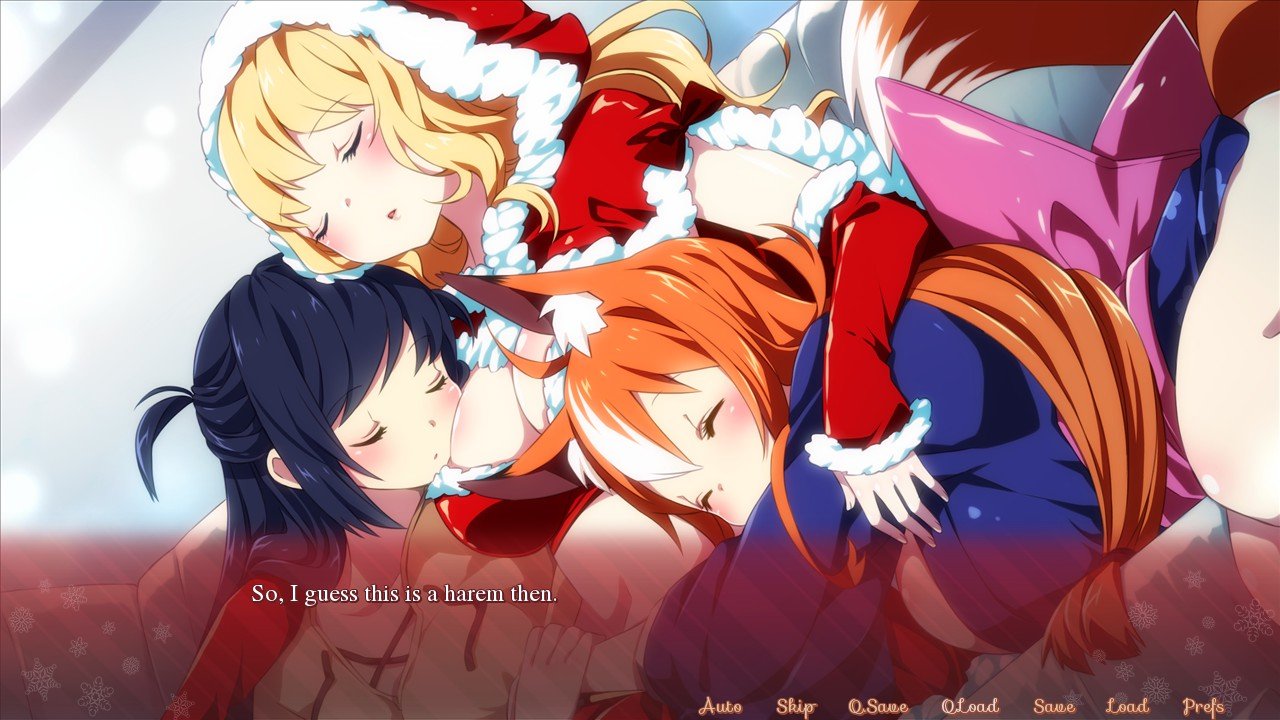 Ultimately, Sakura Santa fails to stand out from the growing crowd of visual novels on Steam and elsewhere, except in the single respect of being a Christmas-themed story, coming out just in time for the holiday. Unfortunately, one would probably have to be as lonely as the game’s protagonist to find a compelling reason to play.