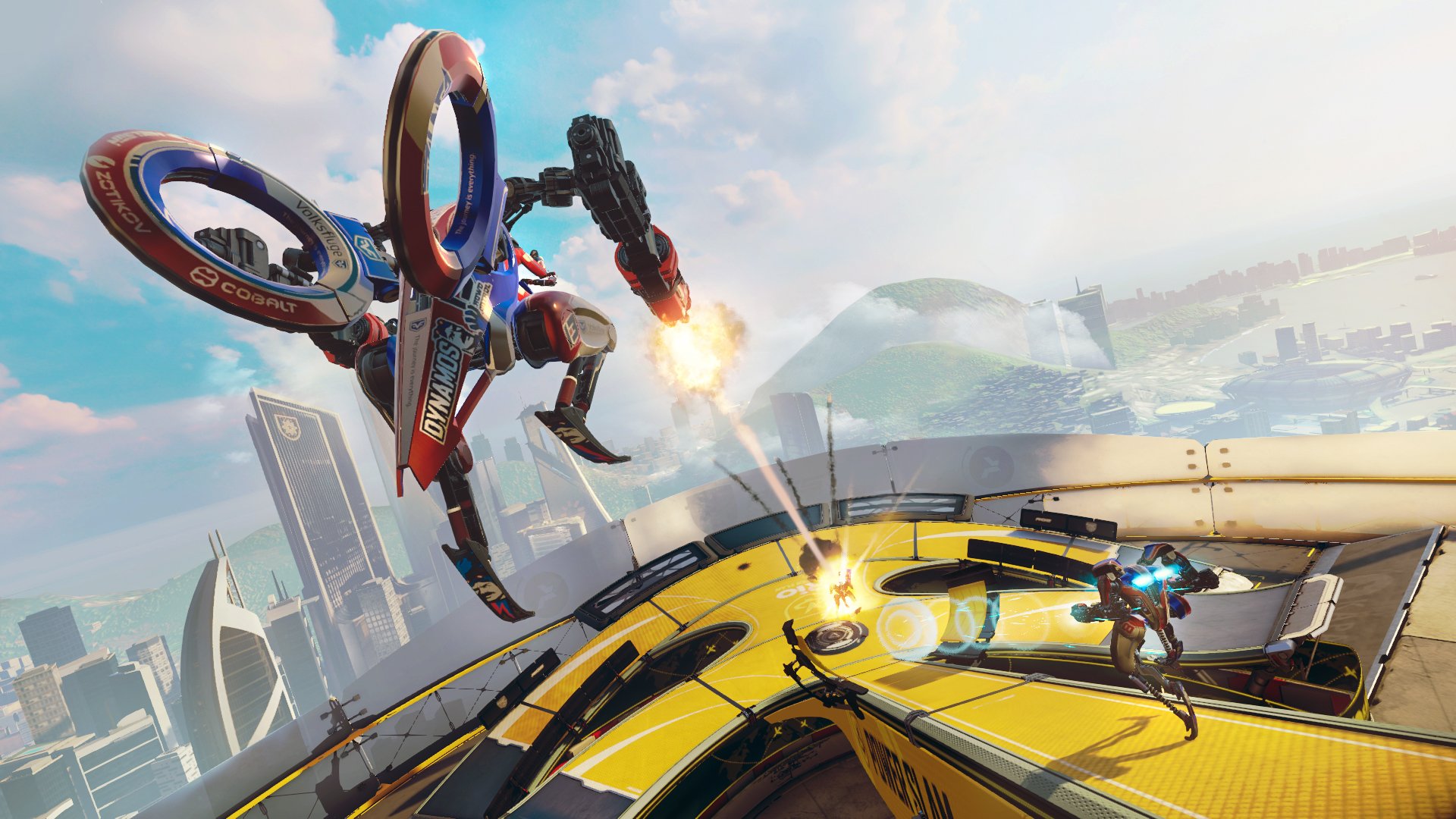 I couldn’t have been less interested in RIGS when it was announced along with the PlayStation VR. It sounded like the off-brand Gobots version of Sony’s take on mechs, but as I always say, I’m willing to give anything a fair shake.

RIGS is way, way better than anyone could probably give it credit for. 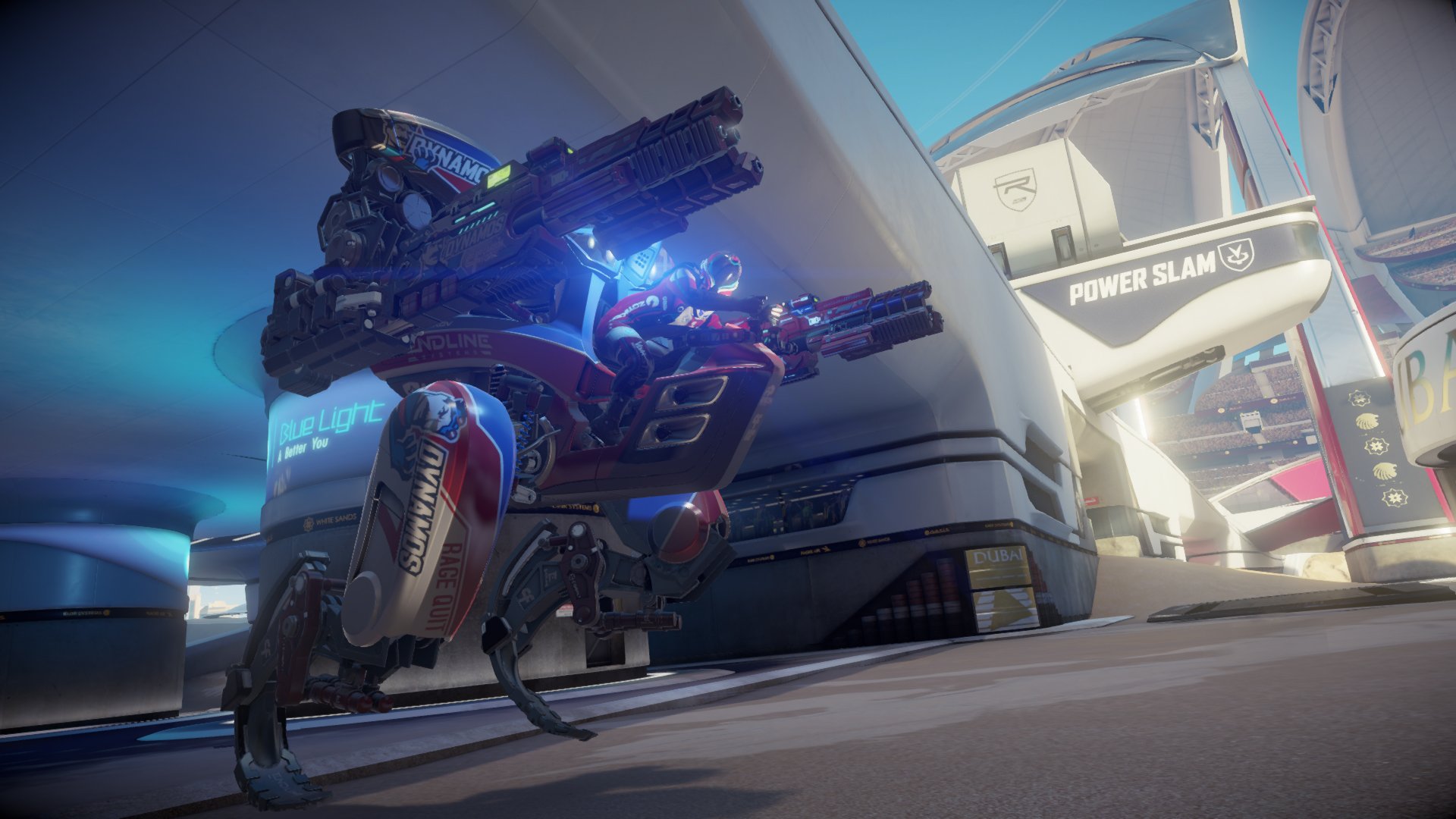 When I first experienced that “walk through the tunnel” feeling that an NFL star must go through any given Sunday, I was hooked. RIGS manages to nail the cheerful, bright tone of Overwatch, and marry it to the classic mech simulators of old in one fell swoop. This isn’t something that was created and later had VR tacked-on, it’s a project that feels like it earned its VR wings from the ground-up.

You don’t see too many games like RIGS these days. Old cats know about the magic of Mutant League Football, Super Baseball 2020, and other licensed experiments like NBA Street and NFL Blitz. Wacky sports are a thing of the past, but RIGS tries to keep the idea alive with two core modes — deathmatch, and football (broken down into two variations, one with traditional endzones, and the other, with one goal in the middle).

But again, the viewpoint is key to explaining why RIGS is so ingrained in VR. The seated cockpit style with a sleek 3D overlay works so well, as does the “look with your head” aim-to-turn system. I’m not big on motion controls or gyroscopes on devices, but actually viewing the reticle and scoping out the arena yourself is something else. Alternatively, you could use the right analog stick to turn and jack down all of the intense VR motion, but take my advice — try to get used to it, or you’re hamstringing its potential.

If it was just pretty looking it wouldn’t be much of a sports game, but it’s got more than that. As well as two independently controlled weapon types (by way of each trigger), your melee attack is also your boost and your air dash, which triples as a dodge. As I was learning the basics from the 30-minute tutorial (!), I was shaking my head “yes,” in unison, and it got better from there. Once the full RIGS list opened up and I saw all of the different strategies you could employ, I was straight-up impressed.

Maps have tunnels that only smaller RIGS can enter for example, and speed, offense, and defense ratings actually seem to matter. Then there’s the mode-swap mechanic, where players can opt to move faster, dole out more damage, or heal at any given time. You can keep one mode engaged for consistency or change between them instantly, and if you can score three kills in a row, you’ll net a limited Overdrive mode bonus, which queues up all three.

It’s good then that RIGS has personality, but there’s a limit. The arenas all have that far-flung future look, but without the puke and poop color filters that go along with all of the grimdark settings that overtake those concepts. The mechs all look cool, but they’re not as pronounced as they could be. The commentary aspect is half-baked, but has potential. I liked the idea of a crew chief feeding me strategies personally through a make-believe headset, even if they were John Madden-level obvious. 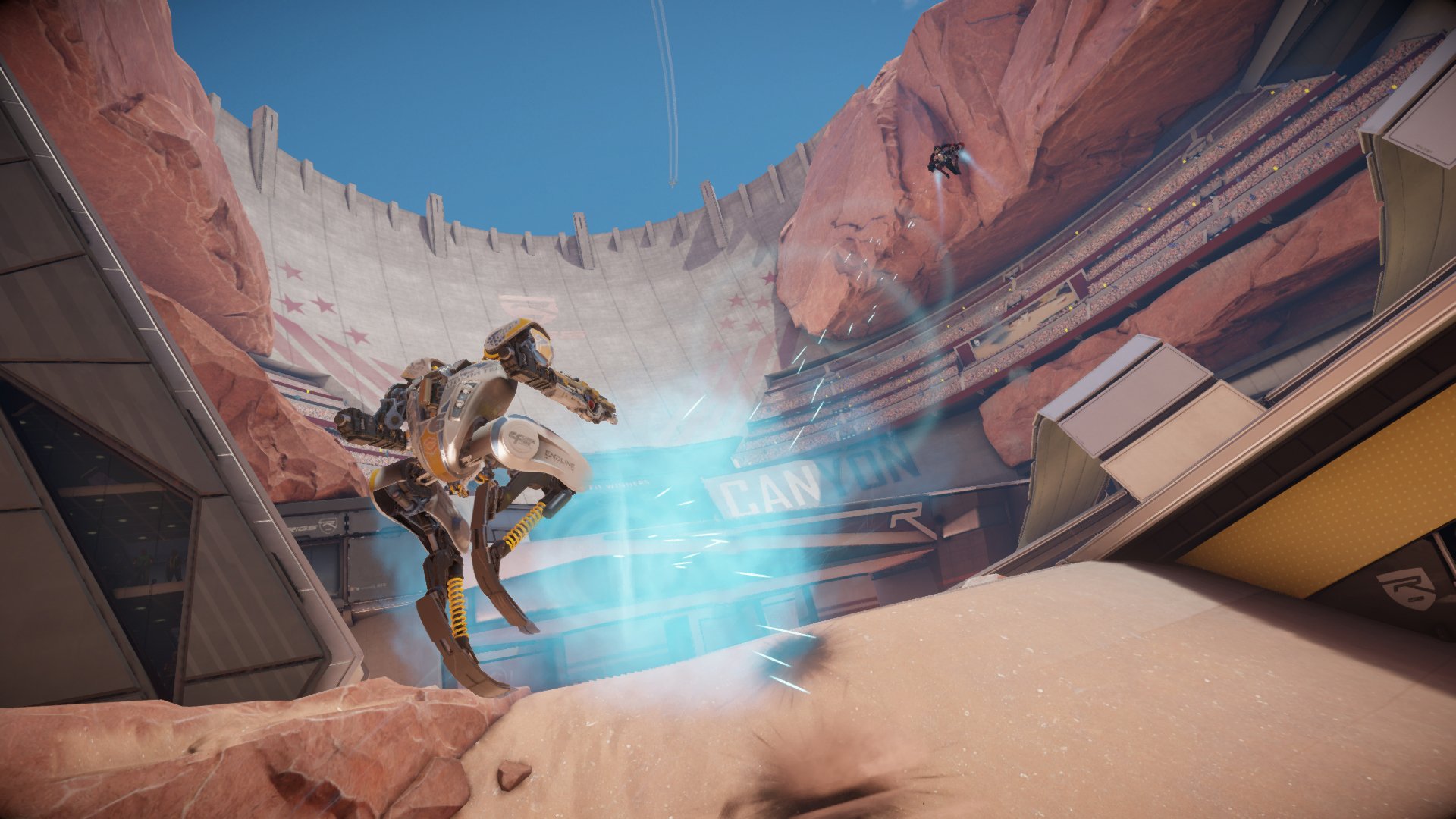 Then there’s the credit system that lets you buy new RIGS with different abilities, like radar scramblers, heals, shields kitted out on your back, and so on, but with just 24 in all (and really, about eight distinctly different ones), there isn’t much incentive to keep playing offline once you’ve had your fill of bots. Don’t get me wrong, I appreciate that RIGS isn’t an online-only game, but playing 10 matches in a season and then starting over again (or tackling a limited amount of trials) is only going to last me so long.

And the same might go for some of you out there who may feel restricted by three online modes. There’s kills, and the aforementioned two football modes, which add in an extra layer of strategy with ball-stealing melee attacks and the wildcard thief class that can steal at range. I’m game for playing for months on end because of how engrossing the VR aspect is, but since this is a new IP on top of a new piece of hardware, the jury is out on how long everyone else will feel the same.

I was completely taken aback by how well RIGS comes together. Although it has some issues to work out with future patches (mostly related to a content drought), as a symbol for the tech it’s one of the best virtual reality joints out there, and not just for the PlayStation VR. Hell, it might be the most justified virtual reality game I’ve ever played.