Slips a bit, but still enjoyable

People can get restless for another entry in their dream franchise. For many years, Ridge Racer was the dominant racing game for some, offering up a sense of style with a selection of great tracks, and fun cars.

But in an odd twist of fate, the newest title in the Ridge Racer series isn’t a glorious return to console racing — it’s actually a mobile game. It is a return to the franchise’s roots though, and if you can overlook the inclusion of annoying in-app purchases, it’s a decent ride. 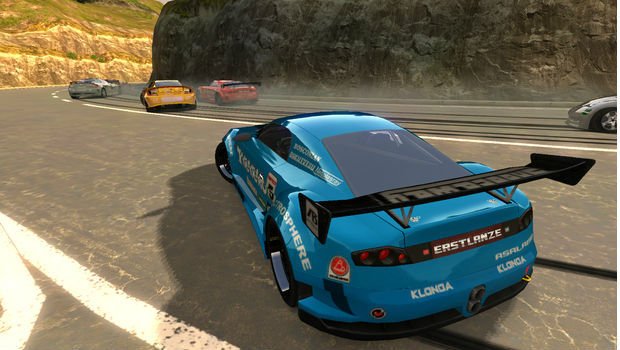 Slipstream is once again presented by series host Reiko Nagase, which gives it a bit of authenticity right off the bat. But it’s more than just a simple character injection and voice that Namco Bandai has added into this new mobile iteration, as the game looks and feels like a real (albeit older) Ridge Racer game. Screens don’t really do the game justice, as it looks incredibly smooth on most high-end devices, and the frame rate is consistent and high.

Arcade-style racing comes to the forefront, with your typical drifting mechanic, nitro boosts, bright colors, and big jumps. It’s not all that technical (especially in portable form), but it’s fun nonetheless, and offers up an easy pick-up-and-go solution for fans. Nitro does add a bit of strategy to the proceedings, as drifting fills up one of three possible bars that you can trigger at any time.

Then you have the titular “slipstream,” which refers to the ability to tail enemies for more speed, right before the point at which you pass them. Doing this constantly from last place can result in a strategic boost to first, and it doesn’t feel like straight rubber-banding due to the fact that there’s some skill involved. It’s fast and fun, which should appeal to series fans. Control-wise things aren’t a disaster, as there are four total configurations available: two tilt schemes (which I don’t recommend), and two touch schemes.

One of each sets sports an automatic acceleration feature or manual gas icon, which is a nice touch. You’re basically allowed as much or as little control as you want here (as is usually the case with mobile racing games), since you can turn driving assists up or down, or use buttons if you see fit. Although the touch controls do work well enough, this is a game that desperately screams “controller support.” Hopefully the developers can get on it sooner than later. 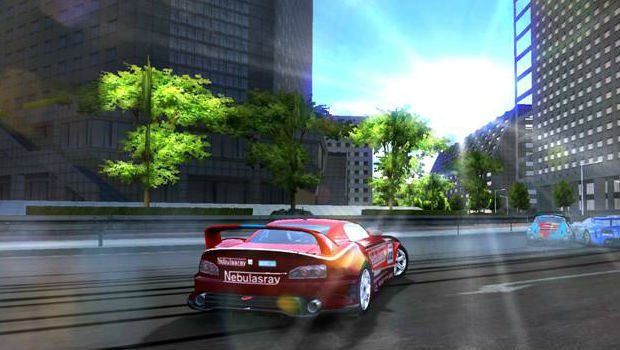 So if the game looks great and plays (mostly) great, what’s the holdup? Well, as usual, IAP bogs down progress a bit. You can unlock more races, events, and cars normally by playing and winning, but it feels a tad slower than usual, most likely in favor of the game’s two currencies (in-game and premium, the latter of which has a few exclusive cars tied to it). This is the same song and dance as most racing games these days, sadly, so you may be used to it by now. If not, just know going in that you may have to grind a bit — or place higher than usual, consistently — to reach new content.

Then you have another problem in terms of replay value, since Slipstream doesn’t actually have a whole lot to offer. Content-wise there’s 20 tracks (10 unique locations with mirror options), 108 events, 12 cars, and a number of customization options for said vehicles. Right off the bat you can probably tell that’s not a whole lot, especially if you’re used to the vast garages from other racing titles. 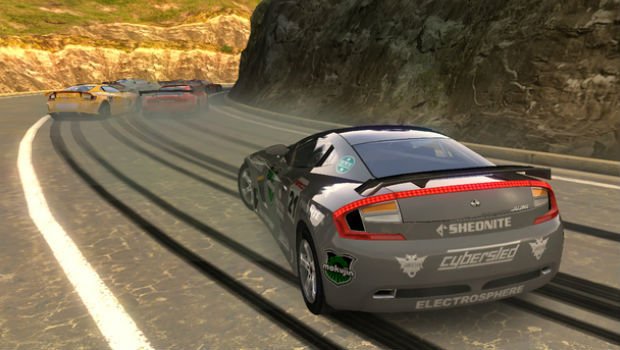 There are different modes (regular, time attack, and knockout), and online time trial races to fill your time with. But the latter is just that — time trials, and not a real multiplayer component. Lack of multiplayer (even local) is a major bummer, as Slipstream‘s appeal starts to slip after you get tired of the 10 tracks.

20 years after the original Ridge Racer, here’s what you’re getting — a mobile game. It’s not particularly ceremonious, but for a few bucks, it gets the job done for hardcore fans who happen to own a device capable of running it. You’ll have to have some patience to wade through the molasses-like unlock system, but thankfully, it is possible to slowly make your way through the game’s content without spending extra cash. With the removal of IAP, and the addition of controller support and a real multiplayer mode, Slipstream could be something really special.