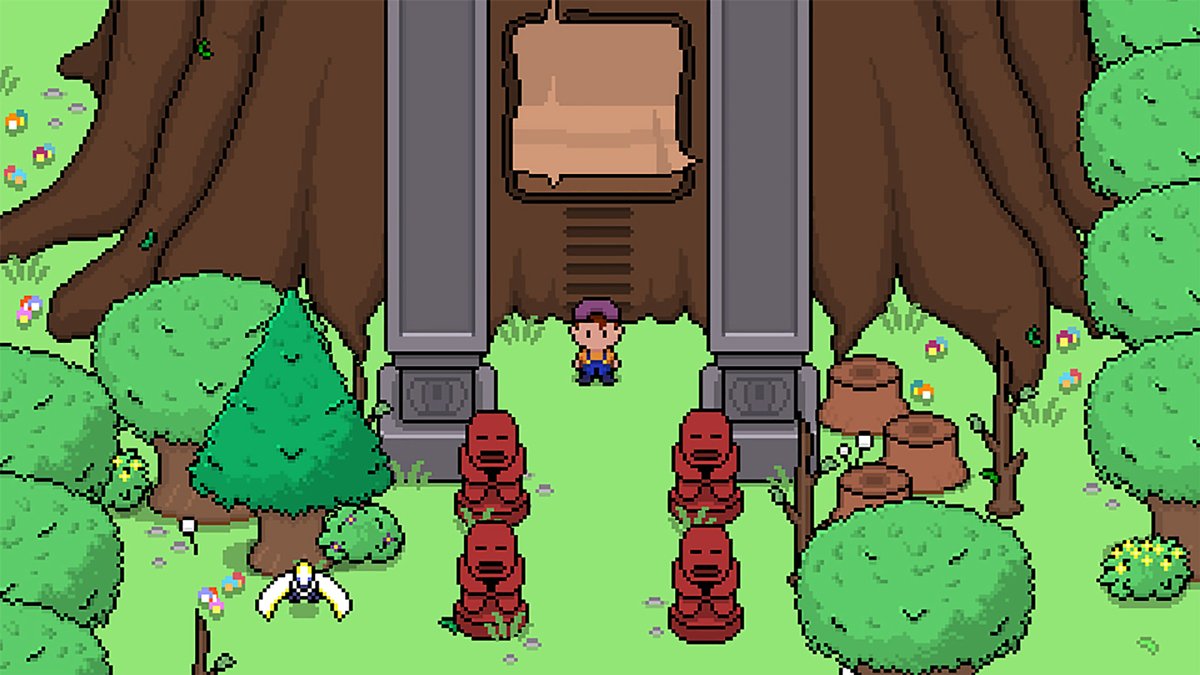 As a child, back in my religious days, I had the opportunity to go on a mission trip to a foreign country. I was so excited at the prospect of traveling overseas at just 13. Both my brother and I raised money for our trips, went to a three-day training session in Texas, and then set off for our separate destinations. He chose to go to Hong Kong while I crossed an item off my bucket list by going to New Zealand.

For one solid month, I was on the North Island helping spread the word of Jesus to the locals. While this trip didn’t do anything to increase my spiritual side — in fact, it was the first stepping stone to me becoming the agnostic I am today — it did spark a lifelong fascination with the country. I plan to return their someday, to revisit the sulfur flats of Rotorua, drive once more down the Skyline Luge, and maybe see what the South Island is all about. Until that day comes, I’ll have to settle with getting my Kiwi kicks through other methods, like saving the day in Reverie. 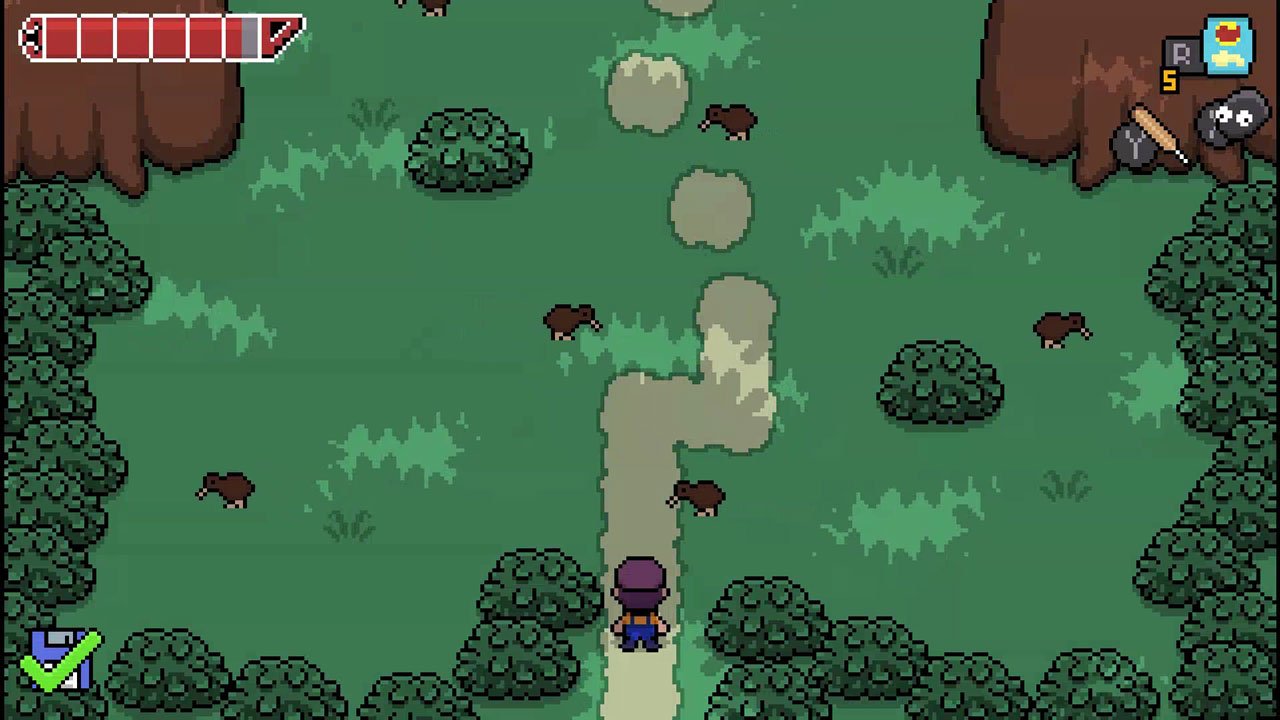 There is a vibrant and heartfelt charm that emanates out of every corner of Reverie. The world is colorful, the people pleasant, and it’s an all-around commendable homage to classic action/adventure games. It takes place on Toromi Island, a fictional enclave off the coast of New Zealand. The legend goes this island was fished out of the sea by a man named Heke, who was immediately thrown overboard by his jealous brothers. As he drowns in the ocean, Heke cursed his brothers, who each ended up dying on the island. Anyone who saw Moana or at least heard the song “You’re Welcome” should be familiar with this tale as it’s inspired by one of the legends that surround the folk hero Maui.

The spirits of the brothers are bound to the land and become angry just as your character, Tai, arrives to spend time with his grandparents and decimate the local rodent population. From screenshots and trailers, Reverie might look as though it’s an Earthbound-inspired title but the gameplay is actually ripped straight from old-school 2D Zelda games. Armed with a cricket bat, Tai must conquer five dungeons to calm the restless spirits of the brothers and save the island.

Each of the dungeons in the main story features a mix of simple block or switch puzzles and combat with an unfortunately small variety of enemies. Like with A Link to the Past, there is immense satisfaction with the pinball combat that comes with smacking around creatures with my cricket bat. The attack range of the bat is a bit shorter than I expected it would be, leading to a quite a few moments where I’d get too close and suffer some damage, but the game is generous with the pizza slices that refill your health. Just like with Zelda, Tai will discover new tools to help him on his journey, such as a dart gun and a yo-yo that stuns.

As satisfying as it is, there is a massive lack of challenge throughout Reverie. All of the bees, rats, and bats you encounter as easily defeated and I doubt any of the bosses, either mid-boss or end boss, will give players that much of a challenge. Far more challenging are the puzzles found in each dungeon, especially the later ones. The game does a great job of compelling players to use all the tools they unlock to proceed, though it does tend to go overboard in the final story dungeon. You have just two tool slots available and some puzzle rooms will require you to cycle through three or more of your tools to reach the exit. Despite their ease and the breeze in which they can be completed, I enjoyed each of the main dungeons in this game. It’s everything else that’s the issue.

With its setting, story, and inspiration, Reverie has the potential to be an epic adventure, but the final product plays it decidedly low key. And that’s fine. Not every game needs to be a sprawling journey. Reverie’s lax attitude is actually refreshing at first. Hanging out in the arcade is neat as is kicking a rugby ball around the paddock. But as I quickly explored Toromi Island, pretty much just sprinting from dungeon to dungeon, it dawned on me how much untapped potential there is here. 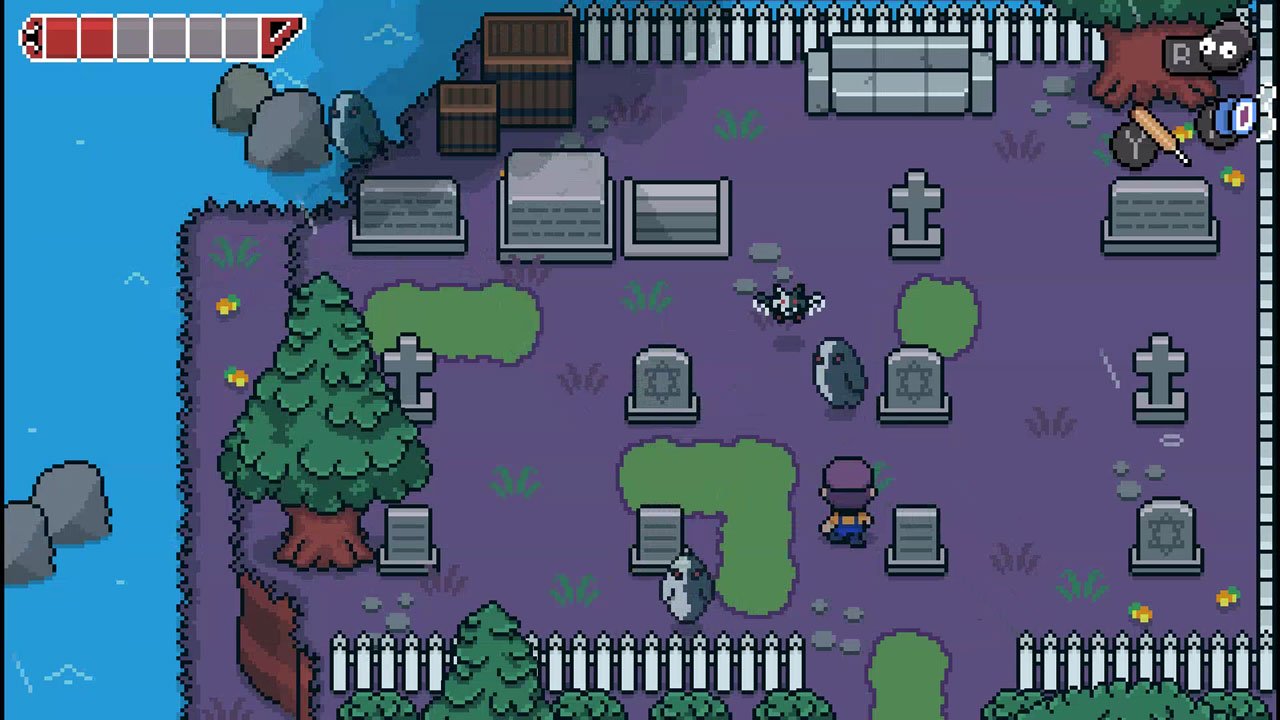 Toromi Island is quite small. There’s the main town, a beach, a farm, a mountainous area, a graveyard, and a few other locations standard of the genre. Besides the town, you’ll only visit these locations once and, in fact, you can watch the credits rolls on the game without ever seeing the entire island. While there are feather collectibles that encourage exploration, it’s clear Reverie is in desperate need of some side-quests. If not just to pad the short, four-hour play time, then to goad players into exploring every nook and cranny of this island.

It’s also in need of some distinct New Zealand flavors. There are few references to the region, including a Maori-inspired statue enemy, a hot spring housed inside a Marae, and a shout out to the All Blacks, but Reverie doesn’t expose players to New Zealand culture in the same way a Japanese-developed game set in modern Tokyo does. With Toromi being a fictional place, Rainbite could have slathered on heaping mounds of regional references beyond the three different types of kiwis that could have made this island distinctly New Zealand. At the very least, there should be seven sheep in the game for every NPC, just like in the real country.

Reverie originally released on the PlayStation Vita and PS4 in 2018. In the year since its launch, Rainbite added a new “nightmare” difficulty, item select wheel, new sprites, updated dialogue and a new mini-game for the Switch’s Sweet As Edition. Those extras are nice, but they don’t give the world the anomalous personality it needs. There’s no part of Reverie I can point to and say, “This is bad,” as nothing it does would warrant such a label. In fact, most of the game is rather pleasant, but it’s a type of pleasantry that dissipates the moment I set down the controller.