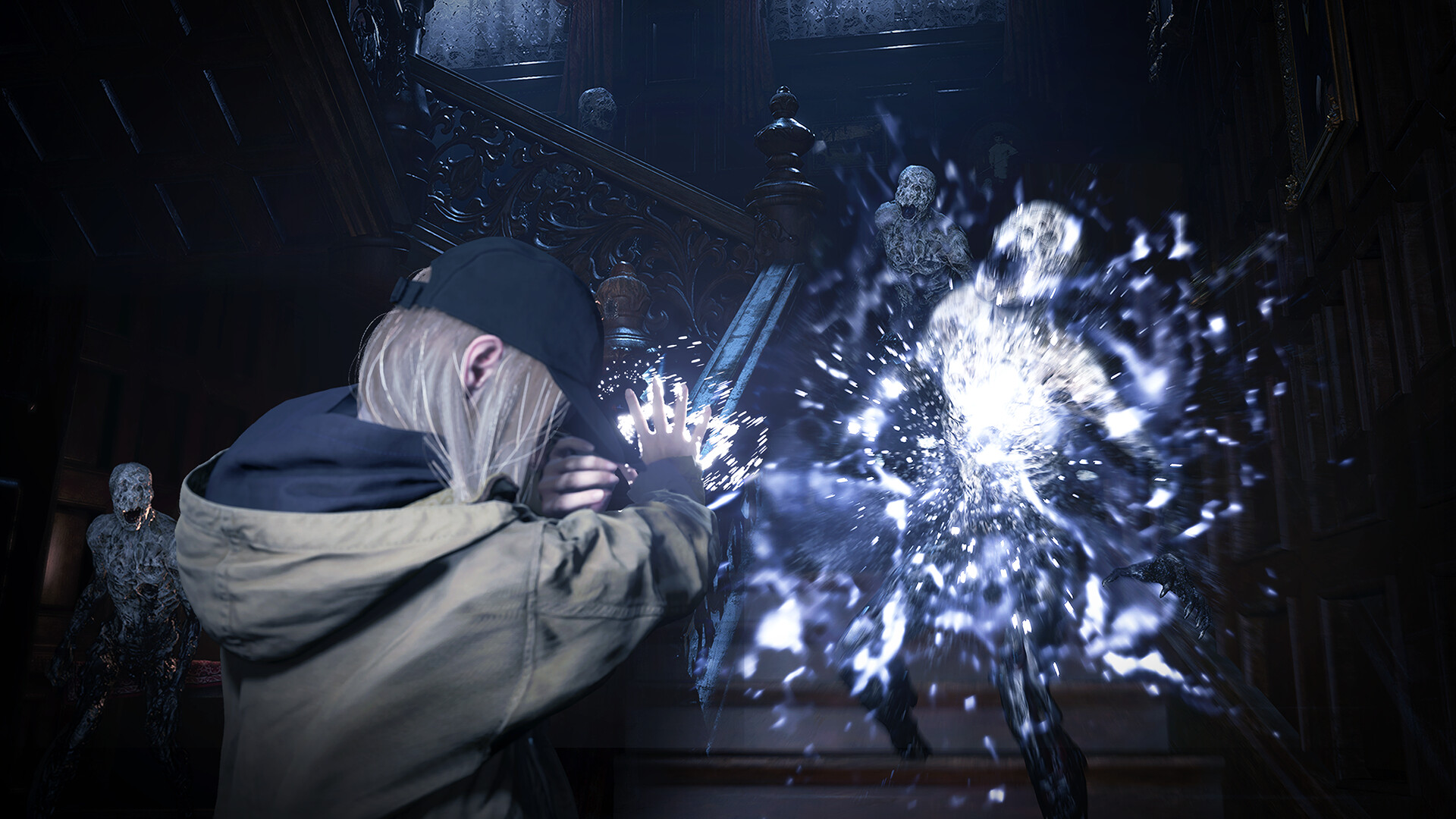 Kate, we have to go back

After we had both closed the curtain on Resident Evil Village, myself and our own Jordan Devore said the same thing: this game could have some rockin’ DLC. While the core story mode of the newly minted Winters’ Expansion is short, the rest augments the game in a way that will ultimately help its legacy, and future playthroughs. While this review will mainly be focused on “Shadows of Rose,” the additional storyline featuring Ethan’s daughter, there are two more features of the Winters’ Expansion: third person mode for the core story, and some extra mercenaries content.

Third person mode plays out exactly how you’d expect: it adds a third person toggle for all of Resident Evil Village. Depending on how you connect with the concept, it could either be a wash of a feature, or something revolutionary. The fact that you can choose at all is fantastic (though whether or not it should have been a regular update and not DLC is debatable), and I’m somewhere in the middle.

You’ll swap these viewpoints from a menu option, and for me, it spurred on a whole new playthrough. Describing the difference between first and third person gameplay would be a pointless exercise; but as it pertains to Village in particular, it does provide a fresh new perspective to many of the locales.

The Mercs stuff is called “The Mercenaries Additional Orders,” and is folded into the core Mercenaries mode as an expansion of sorts. Heisenberg and Lady Dimitrescu are playable characters, as well as Chris Redfield and more stages. Chris is unlocked immediately, and the other two are available after you A rank all stages, and another arrives after completing the Bloody River stage with an S rank.

Additional Orders’ big debuts include the aforementioned two big baddies, who are supposed to be over-the-top boss characters: even more so than say, Wesker was in past Mercs modes. It’s not something I’m going to be playing often, but it is good for a few hours of silly fun. Ultimately, the formula for this iteration of Mercs wasn’t upended, so my playtime is going to be limited anyway. That said, the three characters that aren’t Ethan have loadouts (which streamlines things), and enemies chase you down/are more aggressive, which leads to more interactive minute-to-minute action and less tedium.

Of course, the big thing you probably want to know is whether or not Shadows of Rose is good. Well, it’s short! But mostly good. Clocking in at a few hours total, this new storyline finds a semi-clever way to get Rose back into the nightmare that took place in Village, through connecting to a network of consciousness of sorts with her powers (inherited from her family). Much of the setup asks you to just roll with it, but once you’re in, you’re in. 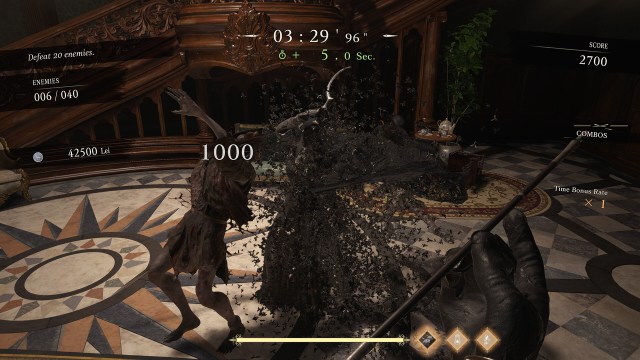 Without spoiling anything, this approach does tie into the narrative of Village nicely, and wraps some storylines up: mainly on an emotional level. Rose feeling like an outcast due to her powers is a big throughline with the DLC, and the actress for Rose (Jeannie Tirado) does a pretty fantastic job performing some of the more intense scenes.

I should point out that Shadows of Rose largely re-uses areas from the main game, which takes some getting used to. Due to the nature of the DLC some paths are different (either open or blocked off), and there’s a lot of reworked puzzles incorporated into said areas, but it is going to be familiar to folks who played through the main game, and have it stored freshly in their memory banks.

The way Rose interacts with some of these new wrinkles is sort of like a modified traditional Resident Evil experience. You do get the handgun/shotgun/pipe bomb loadout, but Rose also slowly gains access to her abilities, which are like psychic blasts that can eliminate hazards, put enemies into stasis mode temporarily, or even counter grabs.

Once you start really getting into the groove of using Rose’s powers, the DLC clicks. You’ll run into situations where you need to focus a bit to take out a deathly floor trap while enemies are staggering after you and making creepy noises all the while. There’s also a bit of stealth involved in one segment, and a few traditional RE puzzles. The DLC story does a good job of balancing the addition of Rose’s powers on top of the typical Village gunplay, while maintaining an atmospheric and generally creepy vibe. You can tell the team had the restraint to not make Rose feel like a superhero, while allowing her to diverge quite a bit from Ethan’s playstyle. The short length both gives and takes away from the allure of the DLC. All of the above gimmicks are generally used sparingly, then the DLC moves on. But it also is frustratingly short, as it’ll leave you wanting more.

Shadows of Rose was surprisingly tense, and lifts up the Winters’ Expansion DLC as a whole. That said, I would have liked to have seen a lot more of it, as it felt like the narrative was just getting started with Rose’s powers before it ends. If you haven’t played Village at all yet, the Gold Edition (which includes everything) is a great way to experience it: otherwise, you may want to wait for a sale on the DLC depending on where your priorities lie.