How did we get here?

It feels like just yesterday that I rode to the store (RIP Power Video) to rent the original Resident Evil, which transported me to a magical haunted mansion for an entire weekend. From there Capcom slowly ramped up the action and ham to the utter point of excess in RE6. People couldn’t take it anymore! I think some of you drew the line at Wesker’s anime son punching zombies.

Sure enough, Capcom got back to their roots with the spooky Resident Evil 7, and it paid off, big time, as it’s the most successful entry to date, and their overall second-best-selling game ever. Village brings back some of that lovely Christmas glazed ham and pairs it with the first-person horror of RE7. But mostly in a good way. 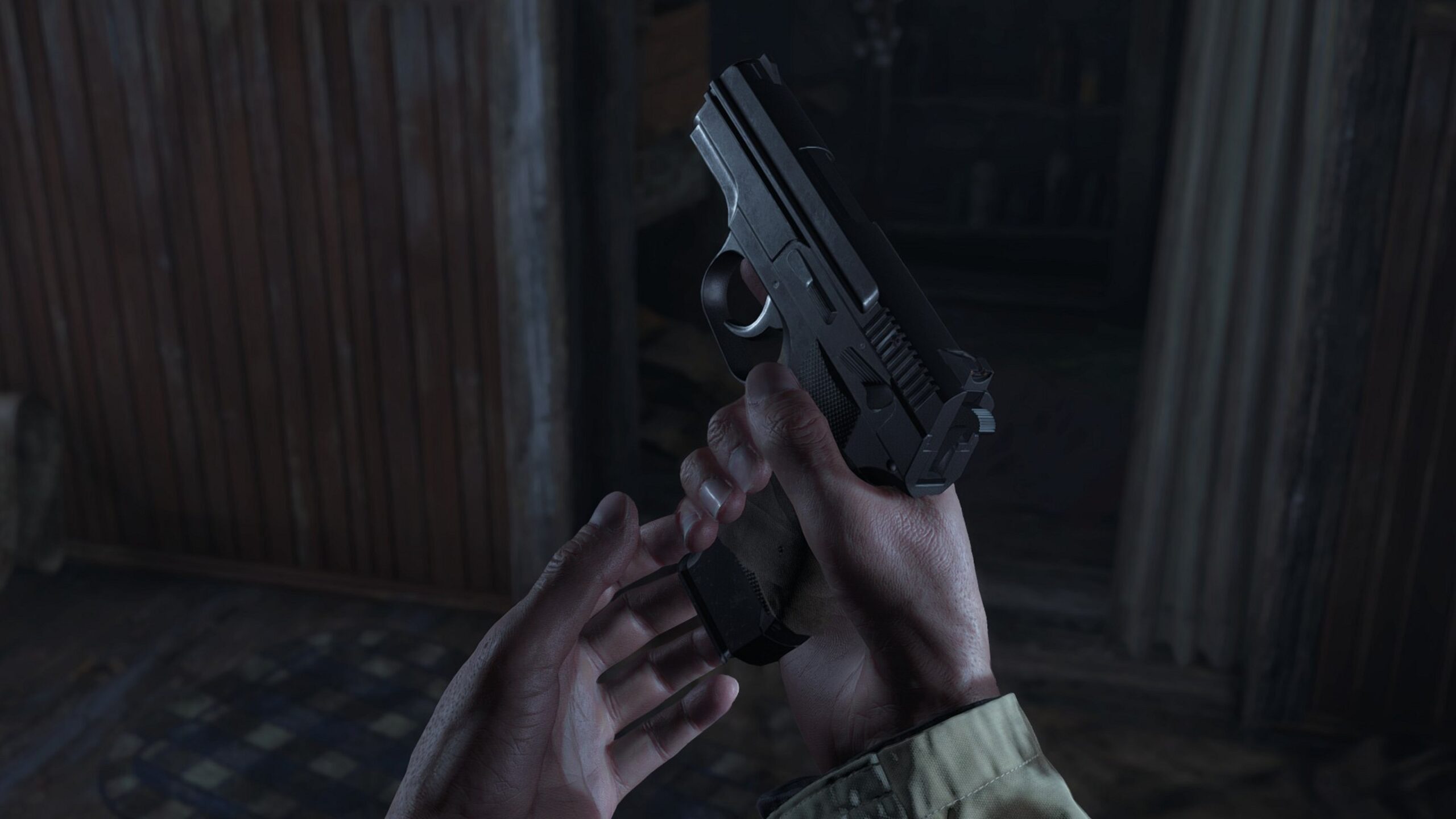 Like RE7, Village pulls a few unconventional storytelling tricks to let you know that it’s not your typical Resident Evil.

The storybook intro (which has tonal throughputs that reverberate throughout the narrative) is lovely. The following scene is…without spoiling anything (it will be spoiled somewhere, as this was one of the few twists we could talk about in the review), is a little crazy and intense. Suffice to say, Ethan gets royally screwed yet again, but this time the stakes are a little higher, and the mystery is a little more enticing.

That’s not to say it’s a “grand scale” per se. The “village” is actually a medium-sized region, complete with a towering castle and some adjacent waterways and a few other locations. It’s not a silly globe-hopping adventure like some entries, and it’s honestly not even as expansive as RE4, from an “amount of ground covered” standpoint. It’s a touch above intimate, which is a great middle ground for newer and older fans.

It’s also a great marriage of camp and horror. There are shades of Resident Evil 7 lurking beneath the surface, as the mystery is fresh and new, but there are also giant vampire countesses; amid some extremely fan-servicey breadcrumbs that the previous entry didn’t quite dare to tread on. There’s at least two “what the hell” moments that will get people talking in some fashion (where are my RE lore nuts?).

It doesn’t completely eschew the heightened horror feel either. It’s primarily an unsettling slower burn, with some jump scares thrown in for good measure. Similar to how I had to rip off the VR helmet with RE7 to catch a breather, I had to take off my PS5 headphones for RE8 a few times. The sound design, particularly the ambient noises like rattling and clanking, is top-notch.

Speaking of, it doesn’t impact this review in any way, but I do miss the VR option! Looking up at ‘ol Annie in Vader Immortal was extremely cool, and the same could have been said for squaring up against Dimitrescu, the aforementioned vampire. I’m not just bringing up VR to wax nostalgia over RE7 though: the first-person style still works without it.

The tension and sense of claustrophobia are still present, as are the memorable “hallway battles,” and plenty of open-air 360-degree fights. Particularly early on it does feel very guided/scripted, and many of the puzzles are extremely light fare and quite a few are optional. Depending on the area you’re in, it has that “spokes on a wheel” illusion of exploration; and the top item on my Village wishlist is for a few of those zones to be more expansive.

A lot of Village could be annoying and gamey, but it isn’t. It’s just enough of a systems alteration to not piss people off. Crafting still feels extremely optional, only there if you want to double down on using a certain gun (with the power to create more ammo) or if you need a boost through a boss battle with a healing item. The shop is also an interesting mix of old and new school RE, providing upgrades like RE4 without going too overboard. You can even buy more inventory blocks to play storage Tetris with! 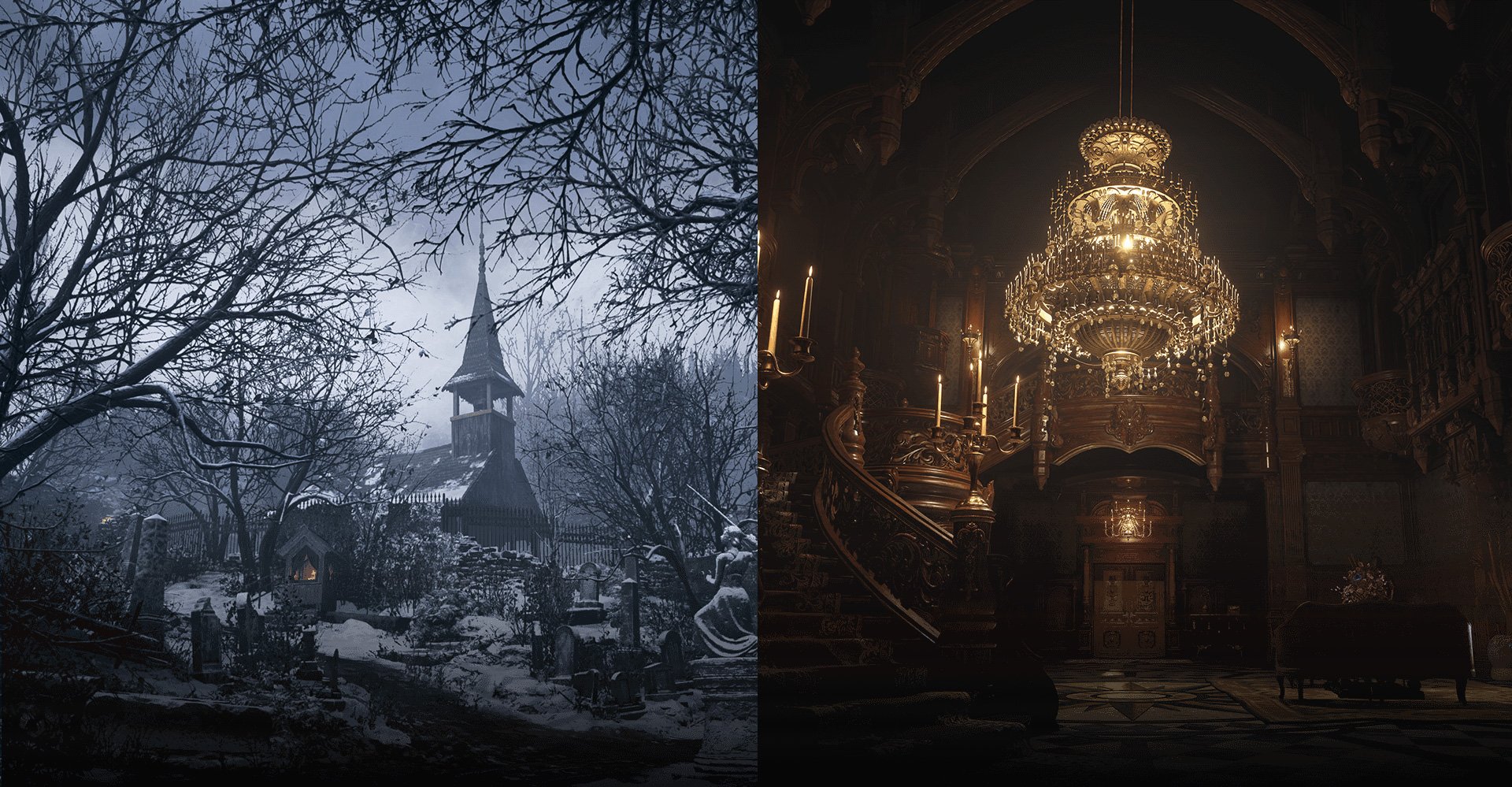 It took me around eight hours to see the end, but like most RE games, it’s worth the replays, as you attempt to comb through all of the collectibles and secrets. There are four difficulty settings, as well as tons of little extras to play around with: the classic new shop with random goodies like infinite ammo toggles, new equipment, figures, and concept art. Then there’s Mercenaries. It’s back again!

I’ll say this: although it’s not going to blow the doors off of any old school Mercenaries fan, I’m glad it’s in, at least. It’s a very arcadey diversion in the sense that you’re trying to rack up points, then either go for broke and clear out stages or head for the exit as soon as you hit a very clear “kill goal.” Time, combos (taking out enemies in succession), and a few other factors dictate your score, and you unlock new stages with an A rank or above (with bonuses doled out for other ranks).

I wish it offered full multiplayer and was as elaborate as Raid Mode, but in any case, I view it as an extra, and I’m glad we didn’t just have to settle for whatever Re:Verse ends up becoming. Also, completing challenges in Mercenaries mode provides points to unlock stuff in the main mode, which is a nice little two-way street.

I don’t think Resident Evil Village is going to be very divisive per se: I suspect the reaction will be generally positive. But it’s going to definitely spark some conversations as to how it stacks up against the current darling of RE7, and it has a long hill to climb to match its success financially. As for me, I think it complements it quite well, and then some.