In 2003, Capcom tried its hand with an online co-op game set in the Resident Evil universe. While it performed fairly decently at retail, there’s little doubt that Outbreak suffered due to the fact that PlayStation 2 owners weren’t quite as online-ready as we are this generation. As a result, the game is far from Resident Evil‘s most popular entry.

The world is immeasurably more friendly to online console gaming these days, so Capcom is back for another crack of the whip with Resident Evil: Operation Raccoon City. However, this isn’t the survival horror you’re used to. Not by a long shot. 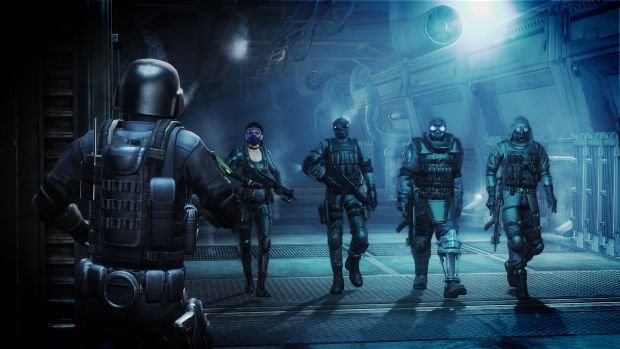 Resident Evil has always been at the vanguard of popular gaming — it made survival horror a mainstream commodity in the PlayStation era, it revitalized action gaming on the PS2 and GameCube with Resident Evil 4, and I’d say it’s the biggest reason why gamers are so obsessed with the undead. With that in mind, it’s unusual to see such a derivative entry in the series, but it’s impossible to talk about Operation Raccoon City without comparing it to other properties.

Set during the events of Resident Evil 2 — albeit with a non-canonical storyline — Operation Raccoon City details the exploits of an Umbrella Security Service squad codenamed Wolfpack. Ostensibly a collection of masked sociopaths, this squad enters Raccoon City with the simple objective of retrieving William Birkin’s G-Virus and cleaning up Umbrella’s mess. Of course, anybody who has played Resident Evil 2 knows that things go wrong, and soon the Wolfpack finds itself trying to keep a lid on a full-fledged outbreak of the undead.

Operation Raccoon City is a four-player co-op shooter spread across several long-winded campaign missions, and here’s where the unavoidable comparison to Left 4 Dead comes in. It would not be unfair to say that, fundamentally, ORC is a third-person take on the Left 4 Dead formula, as four players face off against aggressive waves of zombies, advanced bio-organic weaponry, and opposing soldiers in a bid to reach each objective. Nevertheless, Operation Raccoon City manages to avoid becoming a straight clone with its heavier action, slower pace, and deeper character building.

Each member of the Wolfpack acts as a specific character class. For example, Bertha is a medic, and can carry extra first-aid sprays, protect players from damage, or even cure incubating zombie infections. Meanwhile, Vector acts as a recon agent, able to cloak himself or even take on the appearance of an enemy to confuse the opposition. Each class has a range of weapons and abilities to unlock using XP earned during battle. They have access to similar weaponry and play almost exactly the same, but these additional powers give them a unique flavor during battle. I really dig the flexibility that some of these powers have, but I do hate that you can only have one of each class in any given game. Bertha’s my personal character, and if somebody else has her on the team, I’m forced to pick a class I might not necessarily enjoy as much.

Like Left 4 Dead, the action centers around a relentless onslaught of monstrous creatures who swarm the players and attack without mercy. The focus is on stressing players out, and Raccoon City certainly does a good job of that, though sometimes it’s for the wrong reasons. This is a damn hard game at times, and while difficulty can add to the tension in a positive way, some of the objectives are a bit too overwhelming as zombies, spec ops soldiers, and hulking monsters all combine to provide a brick wall of opposition.

Ammunition is scarce, but because the game is far more of a shooter than a horror game, this is more frustrating than atmospheric. It’s also far too common for characters to become infected by zombies. An infected player has a limited amount of time to find an antiviral spray and use it before turning into a zombie and attacking the team. Most antiviral sprays are randomly dropped, however, and infection has a nasty habit of cropping up at the least helpful times. Medics can carry a regenerating hypo to combat this, but with only a single ability able to be brought into battle at a time, this means one character will always be stuck with one power. Oh, and don’t get me started on the opposing spec ops forces and their magical melee attacks that can keep you trapped indefinitely. 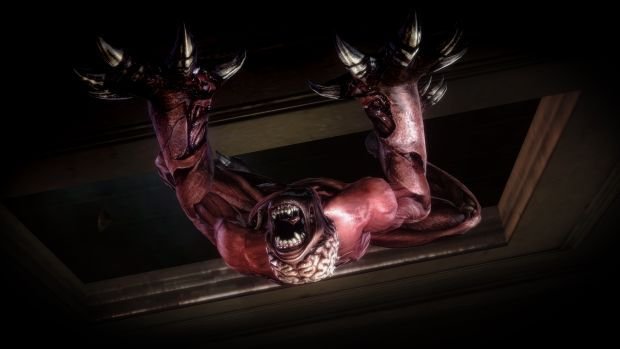 This isn’t helped at all by a number of technical issues plaguing the game. For example, switching weapons is strangely laggy, with characters frequently failing to draw their backup guns. It’s also needlessly difficult to revive incapacitated players, as sometimes the prompt to do so fails to pop up, replaced instead with an option to steal the down player’s weapon. The game features an automatic cover system which will see a player stick to any wall or box they walk near and can get incredibly annoying during a climactic battle. Such issues occur far too many times to be ignored, and sometimes one gets the feeling that they’re fighting the game rather than playing it.

After such negativity, you may be surprised to learn that I loved my time with Raccoon City. Its faults are numerous and glaring, but it’s still an incredible amount of fun. Aside from the ammo restrictions, combat is solid and weapons have a real meaty kick to them, despite being disappointingly ineffective against human enemies. You can slice an opponent with melee, then press the action button for a bone-crunching execution that always amuses. There are plenty of shameless jump scares and panic-inducing sequences that deserve a sigh of relief upon survival. Whether you’re blasting through Lickers in a burning building, or taking down a Tyrant in the city streets, there are some truly memorable, exciting moments to indulge in, and I ended every level with a sense that my nerves got truly tested.

The attention to detail and fan service deserve commendation. Cameo appearances from famous Resident Evil characters punctuate encounters with some of the most intimidating opponents in the series, from deadly Hunters to the infamous Nemesis. Attentive fans will notice how many of the zombies resemble updated versions of those found in Resident Evil 2, while a number of classic events from the game are recreated, often with the Wolfpack’s alternative perspective. Above all, it’s just great fun to play as the bad guys, doing Umbrella’s dirty work and playing a more sinister role in Raccoon City’s outbreak. 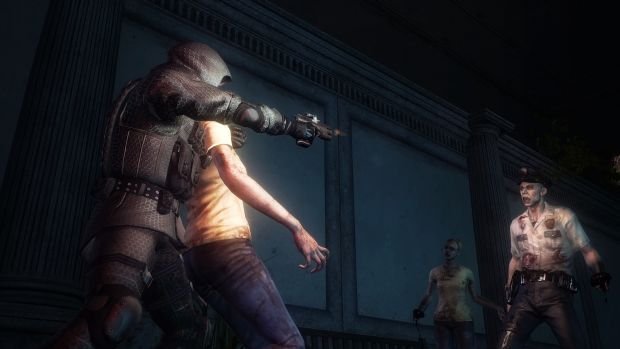 One should be warned, however, that this truly is a cooperative adventure, and I would strongly advise against playing it solo. The A.I. characters are thoroughly incompetent and actively contribute toward ruining the game. They’ll walk into landmines, they refuse to heal themselves, they’re no good at shooting anything, and they won’t revive you should you become incapacitated. If you become infected and lack any sprays, don’t expect their help. They’re only efficient at gunning you down within a nanosecond should you become a zombie. If you have any intention of going it alone, then don’t get this game. There are tasks that are nigh impossible to complete on your own, at least with the normal difficulty setting or above.

You’ll need to be online, too. Local co-op is strangely absent from the whole affair, which doesn’t make too much sense.

As well as co-op, there is a range of competitive modes to choose from, with one team controlling Spec Ops expies of the Wolfpack. There are some simple gametypes, such as a viral spin on capture-the-flag and deathmatch-style objectives, as well as a capture-and-hold style mission in which players must secure a landing zone for an escape chopper and hold out until it lands. Heroes mode allows players to step into the shoes of canonical Resident Evil characters, with the game ending when each “hero” has been eliminated from one team. Eliminated players can respawn as Wolfpack members and continue attempting to defeat the enemy characters.

These versus modes aren’t quite as engaging as the campaign, but they’re fun enough for some lighthearted distractions. Despite being the most unique, I can’t say I enjoyed Heroes mode very much, as it seems to drag on a bit too long. The other modes, while more traditional, are are lot more fun and make for quicker, more digestible action. 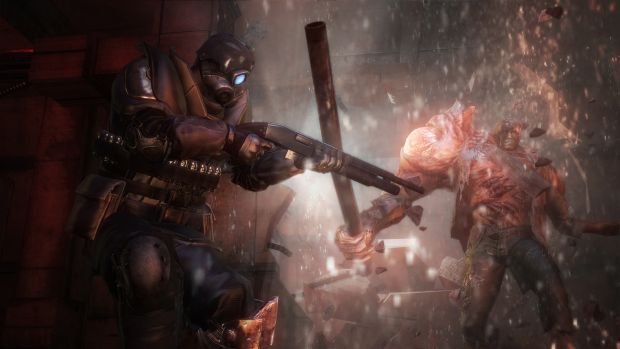 The campaign shouldn’t take more than six or so hours to get through, though I’ve already found myself replaying stages just to continue leveling up and blasting Tyrants in the face. Despite its missteps, Operation Raccoon City certainly does a good job of nailing an addictive quality that keeps one coming back for more. There’s a certain satisfaction in pushing a zombie back and then jamming a knife into its neck that keeps pulling me back. If you can get together with four good players who are up for having a chuckle, then the overbearing odds can become amusing in their own right, even if it does feel like the game tried to copy Left 4 Dead‘s hysterical intensity but took things way too far.

Resident Evil: Operation Raccoon City suffers from poor design and sometimes doesn’t quite seem to “get” the point of the style it wishes to emulate, but that doesn’t stop it from being a genuinely good time that should satisfy anybody looking for a hardcore romp. As a challenging rollercoaster ride through an iconic fictional catastrophe, Raccoon City provides hours of violent fun interspersed with some exasperated cries of aggravation. It should be noted that those looking strictly for survival horror, or even an experience on par with Resident Evil 4, will likely be disappointed with what this entry offers, as this is about as typical a shooter as the series has ever gotten.

Those simply looking to kill, be killed, and kill again, however, are in for a pretty solid escapade.