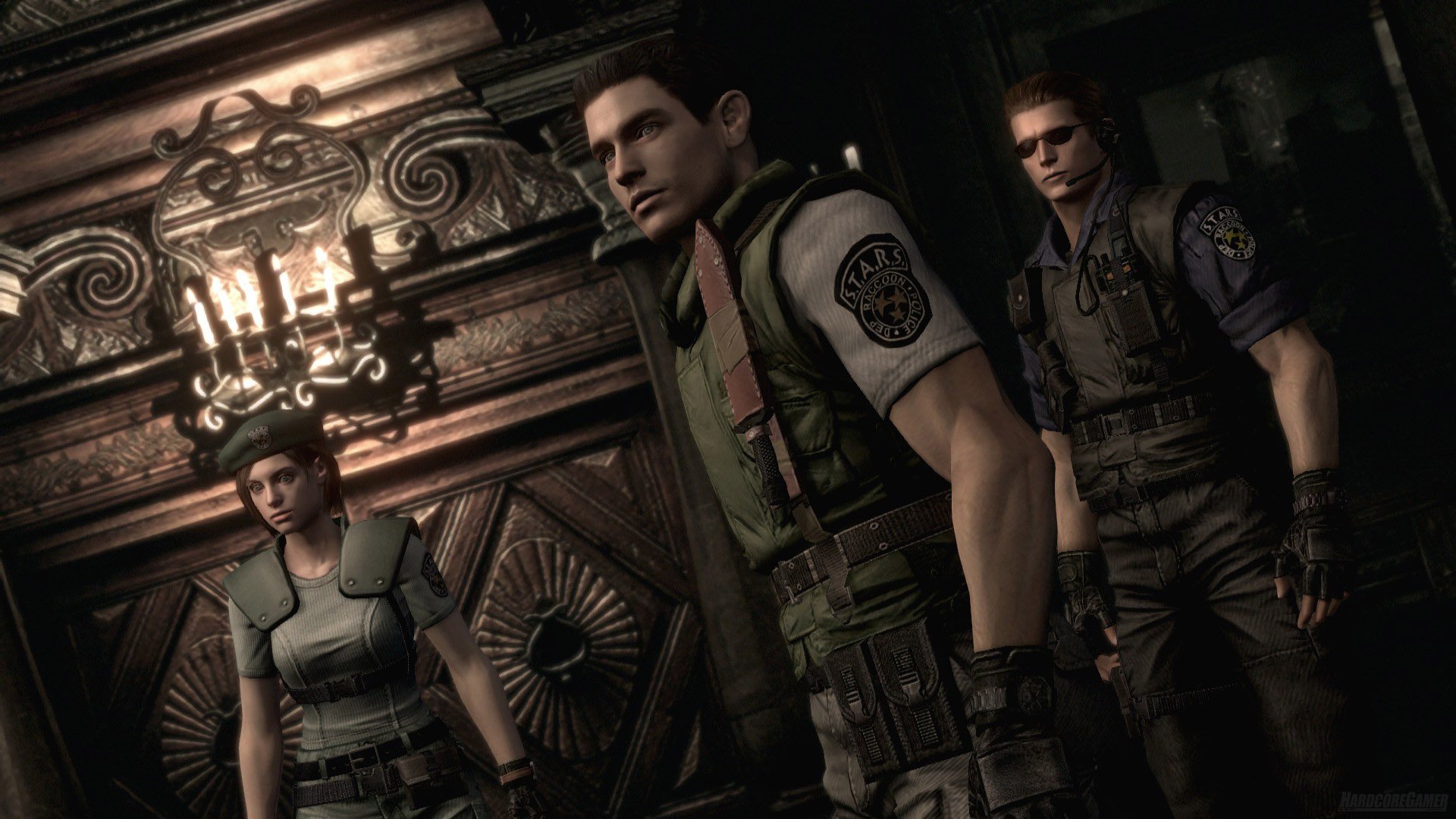 The legacy of the mansion lives on

Playing the original Resident Evil was an experience. The mansion, the campiness, the mystery of it all — before walkthroughs were easily accessible from all corners of the internet, getting lost was practically a given, and it was a blast.

Secrets were traded between us gamers, telling of hidden rooms and items, and most of them were accurate. The Spencer Mansion was a veritable treasure, and that couldn’t have been more true for the subsequent GameCube remake, and now, the recent HD edition. 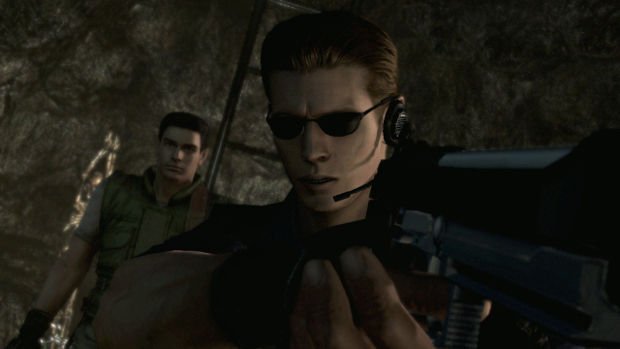 So what is Resident Evil HD? It’s basically a shot-for-shot remake of the GameCube version. As fans know, this iteration featured a remixed layout of the mansion, newly minted dialog, and of course, a brand new visual sheen. Said sheen has been severely upgraded for the modern era with HD, in addition to a few other tiny extras and a budget price. It’s also available for pretty much everything but the Wii U.

This review is based off the PC version, and I have to say, Capcom did a good job. In addition to the built-in options for a wide screen and original aspect ratio, there’s also support for resolutions up to 1920×1080 natively, a 30/60 FPS toggle, and a few other bells and whistles. It’s not going to excite hardcore PC fans in terms of enhanced functionality, but it gets the job done. You can get a full view of every PC option in the video below if you’re curious.

Although it’s enhanced, there’s still plenty of cheese in terms of the tone. The intro still evokes nostalgic feelings of old horror flicks, the dialog is still hilariously campy, and the “door opening loading scenes” are retained. While some may feel like all of this could have been updated to elevate it even further than the GameCube remake did, I’m glad that Capcom didn’t alter the heart and soul of the franchise. One of the biggest problems of the recent games is the penchant for an attempt at serious storytelling, which doesn’t mesh well with the amazing boulder-punching and teleporting Wesker action.

You’ll still get plenty of enhancements though, because the models look great, especially on a high-end PC with all of the settings jacked up. It blows the GameCube version out of the water, and looks incredibly smooth and fluid. This gels very well with the new controls, which eschew the “tanky” ones of old (though you can still toggle it on if you want), allowing for an instant directional switch and automatic running without awkwardly holding down a button (remember that?).

For the longest time Capcom claimed that tank controls were a necessity, and added to the “tension” of the series. While I don’t necessarily have a problem with them having grown up with the concept, I’m glad there’s now the option to use modern handling for those who want it. Now everyone is happy — and guess what? The tension is still there. Silly Capcom. Though in the end, it should be noted that the developers weren’t so progressive as to add the ability to move and shoot. Also, items still need to be equipped manually by way of pausing, accessing the inventory, and selecting a new item or weapon. It’s a fast process once you get the hang of it, but a bit of a relic, particularly since you need to still manually equip the knife.

Fixed camera angles are also still a thing, which you can view as both cinematic or annoying. I’m somewhere in the middle. It’s jarring to run forward, have the camera change, and become disoriented (if you keep holding the previous direction your character will still run in that direction, so it’s not maddening), but I love that “last stand” feel when you square off against an approaching zombie at the end of a hall. 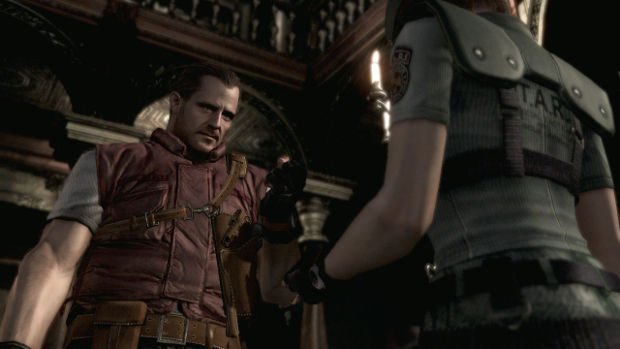 The actual game is still pretty much perfect, and I truly believe that the mansion is still the best setting to date. Years later I still don’t have every floor mapped out, and there’s plenty of surprises in store even for veteran players. The fact that both playable characters (Chris and Jill) don’t have the same story or layout still blows me away, because they feel like two fundamentally different playthroughs despite the fact that they’re in the same location.

Just when Resident Evil is starting to get stale, that’s when Capcom throws a new concept, enemy, or shiny weapon your way. The pacing is spot-on by any standard, whether you’re completely lost or know every path. If you so choose you can also opt for an easy, easier, or normal mode right off the bat, with hard arriving later. In this man’s opinion, the new easy mode is probably the best introduction for newcomers in the entire series.

There are also a few other modern fixins like a completion leaderboard, a movie gallery, an in-game manual, and some old-school unlocks like an invisible enemy mode. Given that the game should last you five hours on the low end and 10-15 on the high-end, and it’s worth completing at least twice, there’s a lot to enjoy here with Resident Evil HD. 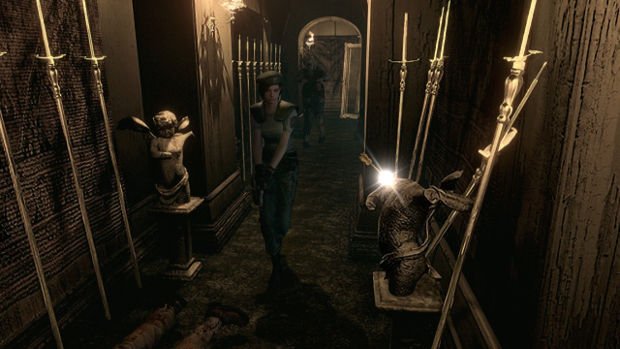 Although I’d love the chance to play a remastered Resident Evil 2 for the first time with updated controls, I’m glad Capcom decided to revive the first entry again. Resident Evil is truly is a timeless classic that every generation should enjoy, and a perfect example of how to do survival horror without decking players out with a full armory.

Welcome back to the mansion.