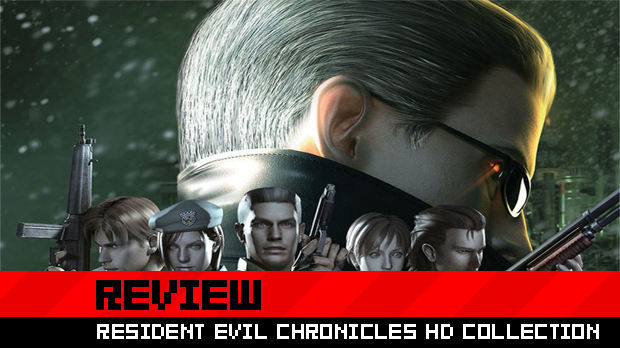 If there’s one type of game that I love, it’s lightgun games. If there’s another, it’s specifically the Resident Evil series. If there is THREE…well, let’s just stop there. The Umbrella Chronicles and Darkside Chronicles in the Resident Evil series were released for the Wii a few years back and now they’re available on PlayStation Network with a new coat of paint and not much else.

And I’m ok with that.

If you’ve played either game on the Wii, you know what you’re in for. Umbrella takes the player on a first person frenetic capsulized shoot-fest through Resident Evil 0, 1, & 3, culminating with a new Wesker-centric mission. Shooting background objects reveals unlockables such as background music, character profiles, and documents on Resident Evil lore. Darkside takes a similar approach, but wraps the flashbacks to Resident Evil 2 and Code Veronica in a pre-RE4 mission with Leon and Krauser.

The games, when initially released, were fun diversions that offered a quick recap of key Resident Evil events in a co-op shooter shell. There wasn’t a whole lot new there, but it was a new take on familiar stories, with a little fan service thrown in. 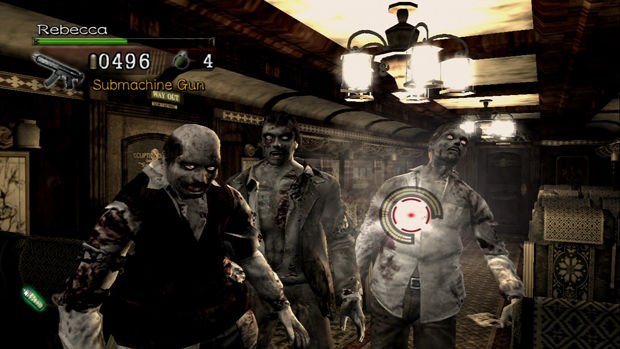 For the HD release, textures are smoothed over and everything looks a bit sharper, but not much over the original versions. Character models are still kind of muddy and the grain from the ”video footage” cut scenes is still annoying, but you won’t notice it too much in game, as you’ll be following laser site targeting reticules to line up shots.

The titles come with full Move support, and as with any lightgun game, this is highly recommended. However, while the original games offered a set up specified for the Wii Zapper, there is no support for the Move Sharp Shooter peripheral, just the single ”blaster” shell and navigation controller or wireless controller addition option. This means that if you want to use the nav controller (in the Sharp Shooter or not) you have to pair it with the Move controller by pressing Square on the move and clicking in the analog stick on the nav). This doesn’t allow for reloading using the Sharp Shooter’s slide function, but if you want it to recognize your other controller, you HAVE to pair it. 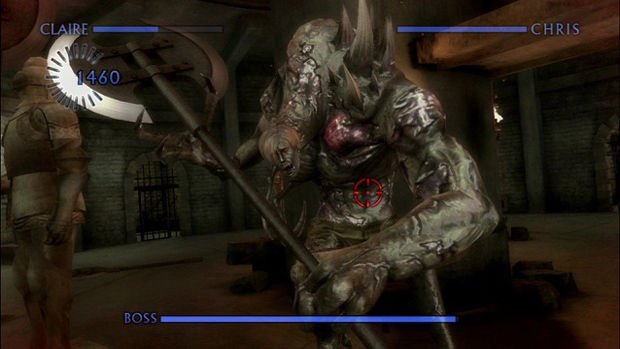 From there, it’s business as usual. In Umbrella, the analog stick lets you move the camera to a limited effect to observe a little more of your surroundings. However, that feature is stripped away in Darkside, only used for selecting weapons. If playing one after the other, this can be confusing, as I was used to looking around in one, and kept selecting a shotgun instead.

There’s the addition of leaderboards for score comparison, but beyond that and the touch-up of graphics, these are the same games from years ago. If you enjoyed them then, you’ll enjoy them now, but there’s nothing to entice you to purchase them again beyond Trophy support or slightly smoother graphics if you already had the originals. If you prefer one game over another, they’ll be offered separately on July 17th, for $17.99 each.