World War II has never been this interesting. Five years ago, most gamers where tired of seeing WWII games, and now the cool kids are playing modern warfare shooters. If you’re sick of the current trend in this genre, and want something that’s a little bit different, then have I got a game for you. 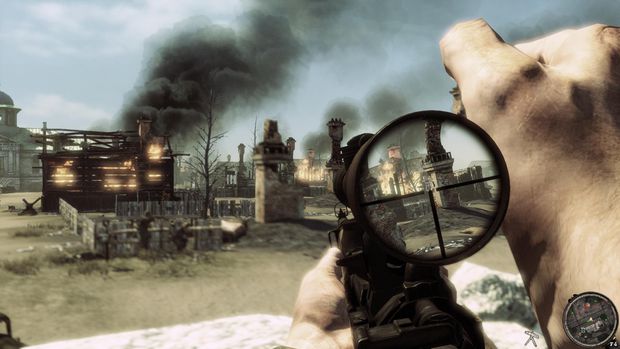 Red Orchestra 2: Heroes of Stalingrad is a first-person, multiplayer-centric shooter set in WWII. You play as either the Germans or the Soviets as they fight for control over Stalingrad. Each side has its own weapons that are very realistically modeled, all of which are fun to shoot people with.

There are two single-player campaigns, one for the Germans and one for the Soviets. These could be considered toss-away experiences, since they are basically multiplayer matches with just you and a bunch of AI bots running around. While that might not sound like fun, they are almost essential to teaching you how to play the game. You could jump right into the multiplayer action, but you’ll appreciate RO2 a whole lot more if you take the time to learn all of its details. It’s about eight hours worth of content, so you might as well just do it. You’ll thank me later.

If you are looking for a great single-player experience, you won’t find it here. Red Orchestra 2 is a multiplayer game. The campaigns are a great intro to the gameplay mechanics, but they lack the depth and story of a regular story mode. The robust multiplayer is enough to make it still worth your time, but if you don’t like playing with others, you might want to sit this one out. 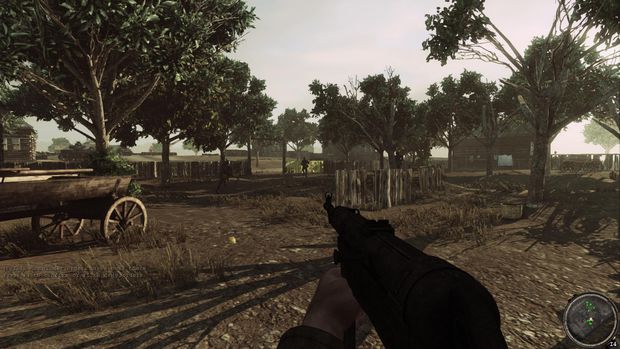 The AI during the single-player is really incompetent. I had my guys running in front of my machine gun while I was firing, and sometimes they would shoot me in the back if I was standing between them and an enemy. If our goal was to defend a building, some of them would jump in and out of the windows, which is not normal behavior. Enemies can run by each other, and not react to seeing one another at all. They serve their purpose as a background for the single-player, but they fail to react in ways an actual person would.

The multiplayer is what this game is all about. 64 players can go fight to death on giant maps with tanks and infantry. There is never a dull moment; you’ll always have someone fighting by your side, and your life will constantly be in danger.

Players all take on different roles. On some game modes, like Fire Fight, you can pick simply your soldier type — rifleman, sniper, machine gunner, etc. What really makes the roles interesting is the Territory game mode. Each team has a commander who can call down artillery, aerial reconnaissance, or mortar strikes, and force teammates to respawn. A step below the commander are squad leaders, which can vary in number depending on how many people are playing. Squad leaders mark targets for artillery, so the commander can sit back by a radio and call it down quickly. They can also use smoke grenades, which are crucial in providing cover so you can attack your enemies’ often well-guarded defenses. If a player is failing to perform their role, you can vote to have them removed.

You can level up as you play, unlocking weapons and upgrades. As of right now, this system is bugged, so I can’t really say too much about it. I know a few people that started at higher levels with a weird amount of kills. Achievements are also broken right now, so you might get some random pop-ups for things that you haven’t done. None of these issues have an impact on the actual gameplay, but it is an annoyance worth mentioning. 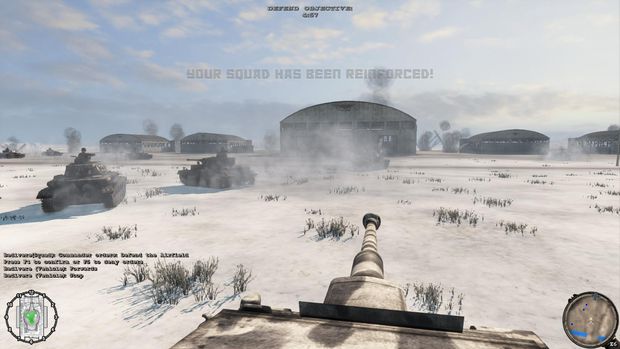 Tanks are a big part of Red Orchestra 2, and there is no simple way to drive a tank around the battlefield. You play as part of a crew, and you have to work together in order to get anything done. There is a driver, a main gunner, a machine gunner, and the commander is the one who can actually see what’s going on outside. It can be really fun to be a part of a successful tank crew, but if you get stuck with a goon who drives into buildings and gets lost all the time, you will probably be bored out of your mind.

Melee can be used if you get stuck in a close combat situation, but you won’t be able to do it during mid-animation. So, if you’re reloading, you will probably die if someone gets up in your face. This is really bad, but hopefully it’s something that will be addressed soon.

I don’t usually like cover mechanics in shooters, but Tripwire really nailed it here. One key press will cause your character to take cover, and all you have do is walk away to leave it. Once you are in cover, you can fire right over the top without poking your head out. You can’t see anything, but if you have a machine gun and ten guys are running at you, there’s a good chance someone will be hit. You can also right-click to aim and look over the cover, which is much more effective, but also dangerous.

There’s a lot of bloodshed in Red Orchestra 2. Tank shells can dismember soldiers, headshots will leave lovely stains on the walls, and dying soldiers will bleed out all over the place while they gurgle and yell. If that sounds like something that you could live without, you can turn off the game’s gore from the options menu. 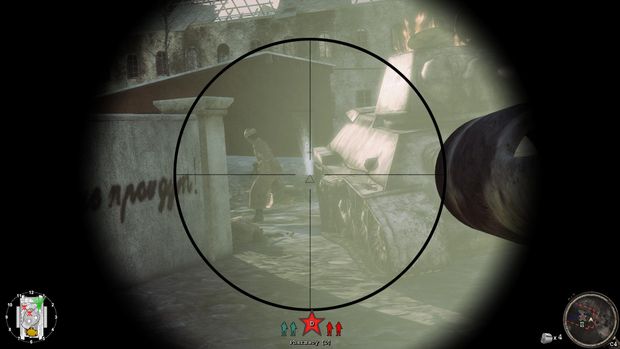 While the game plays well, it does have its share of bugs. Alt-tabbing will cause your framerate to drop drastically, there are some clipping issues, texture popping, and some other small annoyances. None of these bugs are game breaking, but they are there. Thankfully, Tripwire has been on top of all of these issues, and they deliver excellent support. They are even going so far as to optimize all the maps for increased performance, which will probably be a very time consuming undertaking for them.

As it stands right now, the game only includes the single-player campaign and multiplayer. Tripwire has plans to include a co-op and multiplayer campaign soon, in addition to some more vehicles and maps added over time. DLC is planned, including the mod “Rising Storm,” which will focus on the Pacific front of WWII. All of this will be offered for free, which is really cool.

Red Orchestra 2 hits a sweet spot for me. The gameplay is fast-paced without being too hectic and confusing. The realism is not as arcade-like as Call of Duty, and it’s not a hardcore simulation like Arma II. There is even enough variety in the role types that you can have a completely different gameplay experience depending on what you want to do. It might be more hardcore than some people are used to, but I found it to be refreshing.

If it were not for the bugs, I would highly recommend this game to everyone who is tired of the current state of shooters. This is not just another Call of Duty, Battlefield, or Medal of Honor. As it is right now, the game has enough bugs and glitches that you might want to wait a bit before you jump in. Don’t write it off, or ignore it for too long, though — you might miss out on one of the best shooters in some time.