It’s no use going back to yesterday, because I was a different person then

I can’t claim to be intimately familiar with Record of Lodoss War, but then, it’s a little scarce in the West. It started out as a “replay” of a group’s Dungeons and Dragons campaign, then spun out in about a million directions. We previously only got one of the games on the Dreamcast, and, frankly, I’m not sure how this one happened. A lot of the media remained in Japan.

Record of Lodoss War: Deedlit in Wonder Labyrinth is an absolute mouthful of a game that Playism has bestowed upon us. What’s immediately fetching about it is its outward similarities to Castlevania: Symphony of the Night. Just look at it and tell me you don’t see it. The title character, Deedlit, has practically the same walking animation as Alucard. But mockery is the sincerest form of flattery! No, wait… 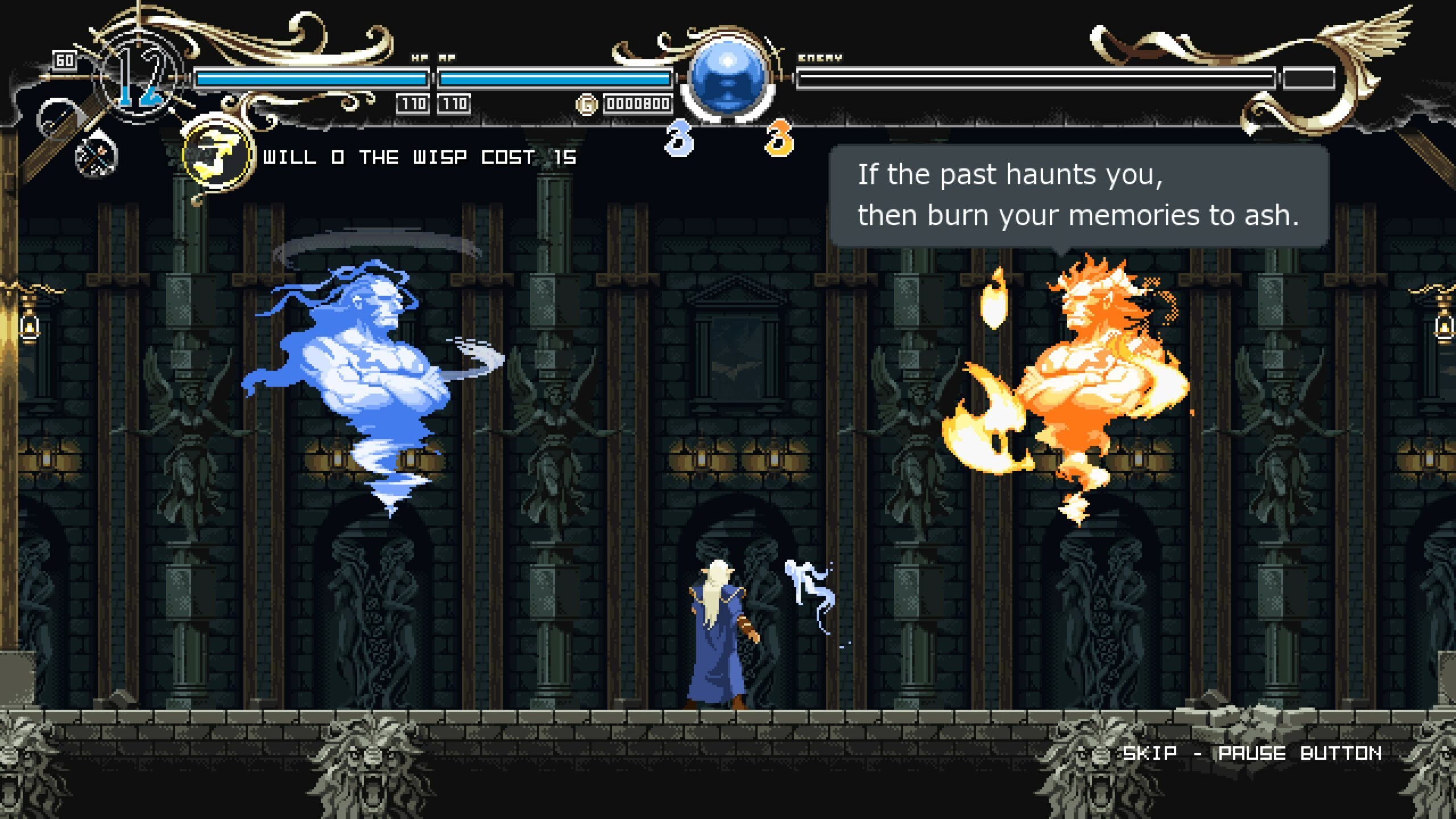 If you’re like me, you’re probably wondering if you need to be familiar with the source material to enjoy Deedlit in Wonder Labyrinth. Thankfully, no. The characters in the title largely consist of the cast of the franchise, so it might be interesting to recognize their faces, but there isn’t a whole lot of dialogue or exposition. Furthermore, it’s pretty obvious from early on that this is some sort of dream or hallucination that Deedlit is going through, so the plot is mostly isolated from the series at large.

What plot there is can be understood without knowing the characters or their relationships. Deedlit loves Parn; that’s all you need to know and you’re told that within the context of the game.

Really, there’s probably more here for fans of the explore-’em-up Castlevania titles. Deedlit in Wonder Labyrinth feels a bit more linear than, say, Symphony of the Night, but it still subscribes to the interconnected world and light RPG mechanics. For equipment, you’re limited to bows and swords, but searching for secret areas also reveals new spells and power-ups. There aren’t any major optional areas to explore or deep secrets to be found beyond breaking a few walls. This might be a little confining for some, but I feel it fits the scope of the game.

There’s a bit more of a mechanical feel to the entire game. The world is split up into six levels and the goal of each one is essentially to find the switch that opens each area’s locked doors and beat whatever bosses haunt its hallways. You could say that this fits with the game’s theme of being an illusory labyrinth, but from a gameplay perspective, it’s a bit predictable.

My biggest grievance is with the labyrinth itself. It never really deviates visually from being a, well, labyrinth. This area’s forestry, that one looks like a castle, this one has tech lines, that one is sandy. Dracula’s castle may have always had an incohesive appearance to it, but it seems like that was so the developers could play with visual diversity, and that just lacks here. It’s a good-looking game, to be sure, with excellent pixel art and animation, but it can be quite monotonous. 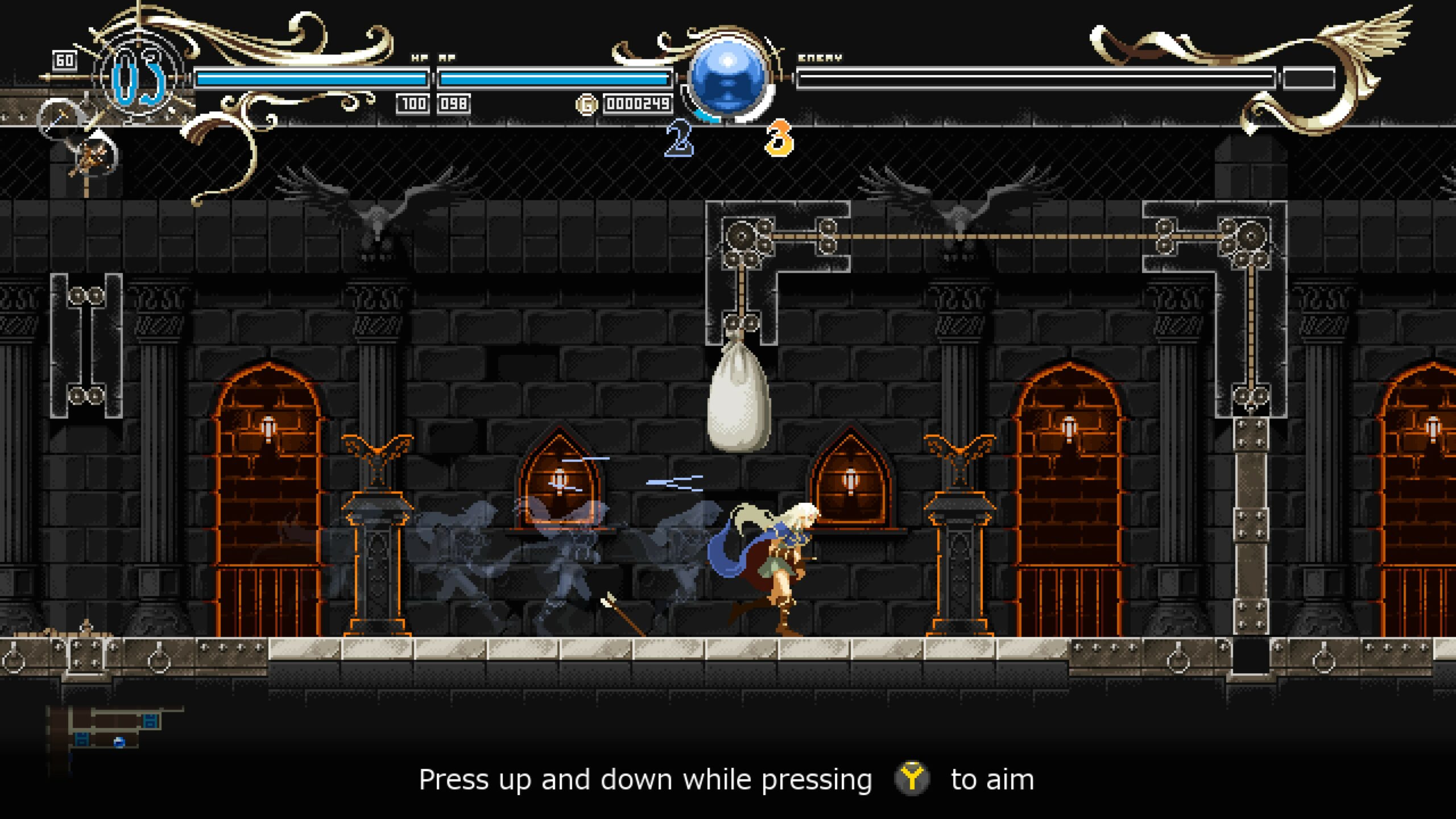 Which means it’s probably a good thing that it’s also a rather short game; maybe just north of five hours. Again, it fits the game’s scope. Any longer than that and things would start feeling redundant, but it seems to know well how far to extend itself.

It helps the game’s pacing, as you are never far from a save point, a new item, or even a boss. There isn’t much time wasted climbing “stairways” and dashing through corridors. The bestiary is mercifully limited, so you don’t have to learn new weaknesses every time the screen flips.

That’s one novel idea that the game has in its quiver: every enemy has its own strengths and weaknesses that are visible once you deliver the first hit. You can regularly swap between fire and wind attacks, but there’s a slew of different elements available if you take the time to search out the game’s many spells. It’s not the deepest system, since you’re not doing much beyond selecting whatever spell the game tells you will be effective, but it does give you incentive to not just spam one single attack. 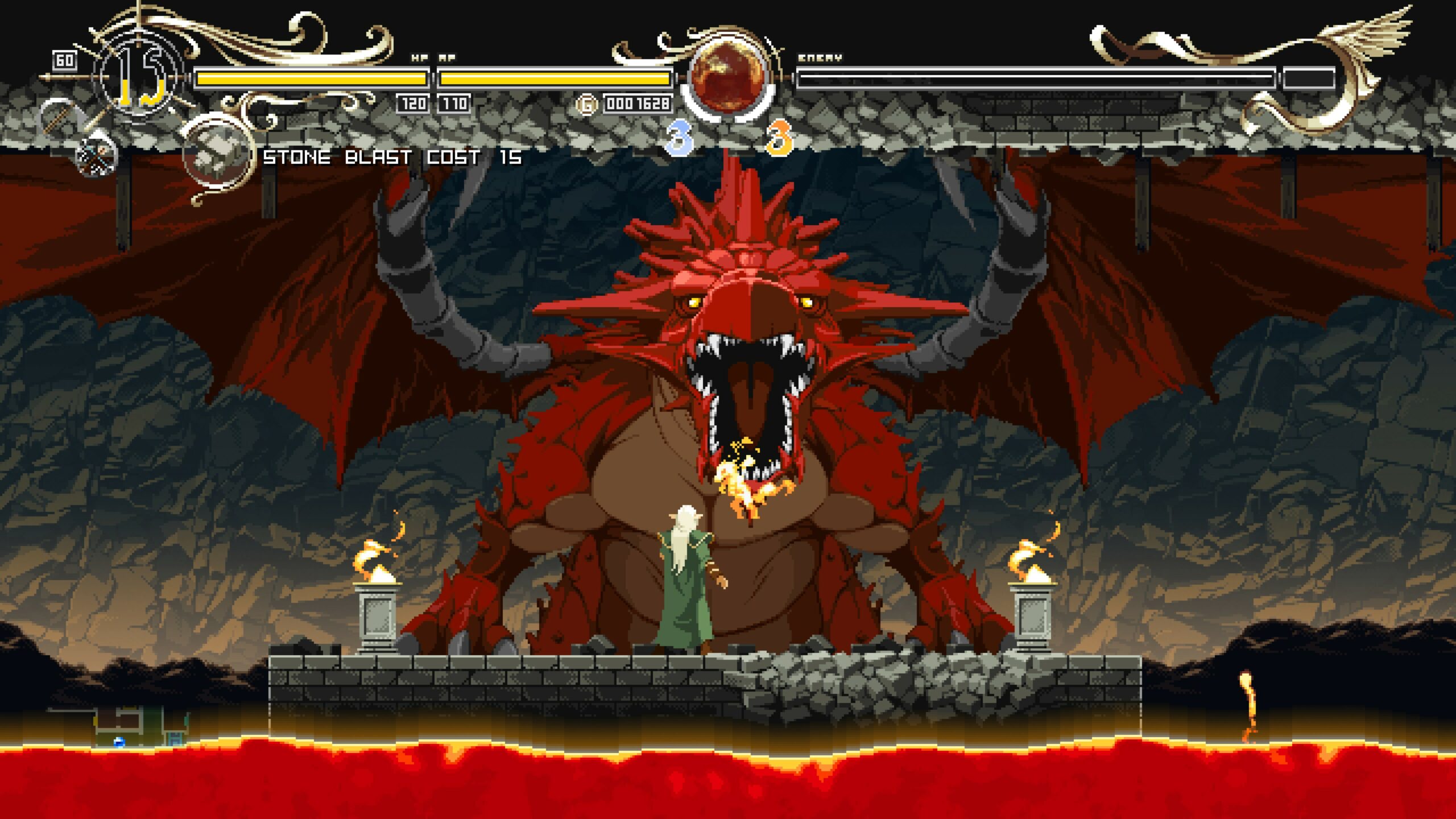 Deedlit in Wonder Labyrinth hits all the right notes: big bosses, harrowing platforming, and cool weapons. The music is fun, energetic, and varied between the six areas. The story, while not particularly deep or unique, progresses at a good clip and resolves in an extremely satisfying way. It’s also a bit on the easy side, but really, I never found any of the explore-’em-up Castlevanias to be difficult in the slightest, so it at least sticks close to its inspiration.

Simply put, it’s a title that knows what it is and seems to hit all its targets with deadly precision. This results in a game that isn’t exactly transcendental, but is as solid as bedrock. Even if you’re not a fan of the Record of Lodoss War source material, it is worth a look. At the very least, it took me back to my days of binging on Castlevania’s Game Boy and DS titles, which I mean as a compliment. It may not be the freshest meal in the cafeteria, but it’s still a tasty dish at the right price.