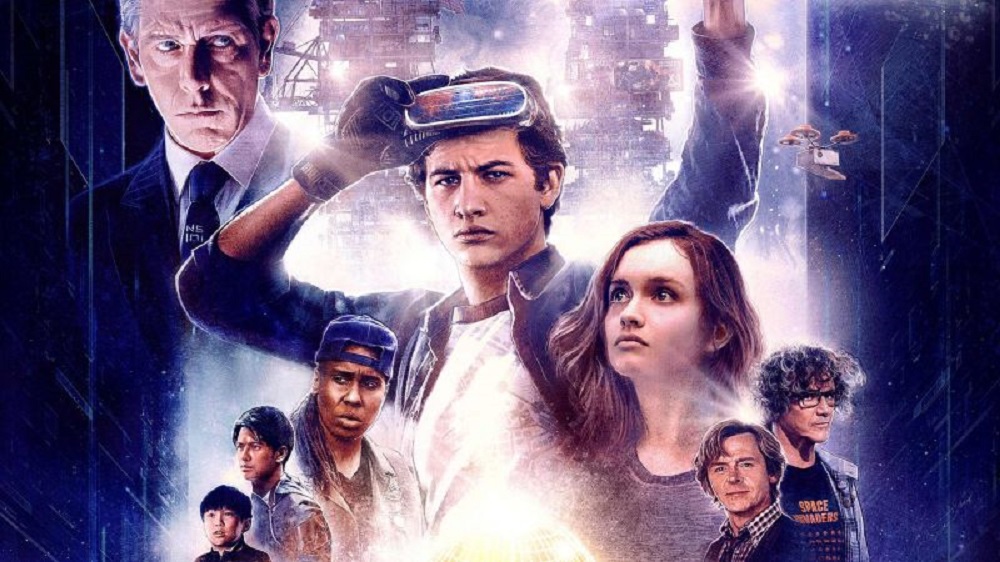 I’ve used the “insert X here” sub-header joke before, and now I really wish I hadn’t because in other instances it was just a joke, but in the case of Ready Player One, Stephen Spielberg’s new film based on the insanely popular book of the same name, it is so insanely appropriate that it isn’t a joke at all. The film is nothing but inserted cultural references, a mash of quick cuts to all your favorite characters that you’re supposed to freak out seeing next to each other on screen.

That’s not always a bad thing. There can be a certain magic to using cultural references, pulling in something that makes the audience connect because they know that you get a joke, know a character or are just showing off your nerd cred. That can be fun and even emotionally effective. Ready Player One is none of these things, really, and it suffers instead of succeeds because of its desperate need to show off that it “gets it.” It’s kind of like that time in [insert culture reference here]. 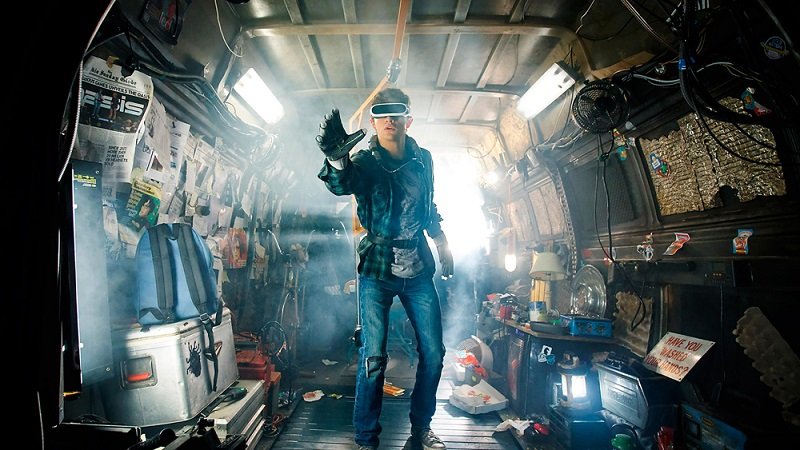 The book and the film Ready Player One are two very different beasts, which was probably necessary, but makes the film function very differently. I enjoyed the book, and tore through it. It’s kind of like a nerdy, early Dan Brown novel; its not high art, and you see the tricks its pulling, but you can’t put it down. In the film version, the world has fallen onto hard times, and everyone has basically given up and are using a VR system called Oasis to escape from reality. In Oasis, you can be anyone and do anything, so obviously people want to do that instead of live outside in the crappy real world.

Enter Wade Owen Watts (Tye Sheridan), better known in Oasis as Parzival. He’s a Gunter along with his friends Art3mis (Olivia Cooke), Aech (Lena Waithe), Daito (Win Moriski), and Shoto (Philip Zao). Gunters are people searching for the Oasis’s creator’s Easter egg, a hidden item in Oasis that will give the winner complete control over Oasis itself and a crap-ton of money. There’s also an evil corporation after this Easter egg as well. See James Halliday, the creator of Oasis, was a reclusive nerd who loved the pop culture of the 80s, so instead of bequeathing his company to someone, he set this game up in Oasis to give it to the right person who also loved what he loved. Thus all the cultural references.

Or so you would think. The film doesn’t really play with this idea as well as the book does. While the book could be easily accused of also simply inserting cultural references, it was hooked into Halliday’s character as a reason all these things would be there. The movie never has enough time to do so, and a lot of the throwaway cultural references come from things not connected to Halliday at all, and range in time periods and genres that don’t always seem to make sense. I get that the movie is supposed to be all about these references, but it sadly feels forced for a large chunk of it. Halliday’s love of the 80s, and our cultural need for nostalgia, grounded much of the book’s prolific references, but the film never builds that world in any way, instead just assuming we’ll accept the characters inserted in seemingly by a computer programmed to randomly look up things on the Internet.

Forced cultural references aren’t the only issue, though. The movie has some pretty serious structural problems. The first, and most obvious, is the fact that its set up needs a ton of exposition to get it going. Spielberg makes the odd choice of front-loading almost of all it, meaning the movie doesn’t pick up until the first action sequence, and the characters don’t really enter in until far too late into the movie. This in turn forces our five heroes to be woefully underdeveloped even for an action movie of this type. Parcival and Art3mis’ romantic relationship, for example, is never given the chance to grow, and, much like the cultural references, feels forced in itself.

This isn’t to say that everything feels this way. At times the references and pop culture moments work brilliantly. There’s an extended sequence inside Stanely Kubrick’s The Shining that really has to be seen to be believed. In moments like that the film perfectly blends its story and pop culture into something more. Spielberg almost seems to be struggling against a screenplay that’s determined not to help him make the movie work the way it should when this occurs. When he’s on point the film can fly, but the movie never lets it take off thanks to its structural issues and dependence on cliche (obviously a bit of an irony since everything about the move is a reference).

Everything is what you’d expect from Spielberg in terms of action as well. The director obviously knows how to handle his blockbuster movies in that sense and this is no different. A race sequence that stands as the film’s opening action set piece is visually mind blowing. It’s a tour de force of action crammed full of little (and not so little) movie, gaming, and nerd references, including Spielberg giving a nod to his own movies themselves. The action throughout the film works, but its often hampered down by a feeling that the rest of the movie doesn’t hold it together very well.

The lead actors are charming enough, though none of them fit into the mold of their book’s counterparts. Everyone kind of feels like a Hollywood actor trying to play a nerd. Sheridan and Cooke feel especially out of character as they’re both good looking Hollywood stars, not two imperfect nerds. One of the main thrusts of the book is accepting yourself outside of the Oasis’s perfection, but a lot of that gets lost with these casting choices. It doesn’t feel all that different for the two characters inside or outside of the Oasis, and there is plenty of action outside of Oasis as our group of heroes fight for their actual lives from IOI, the evil corporation wanting to gain control of the platform. 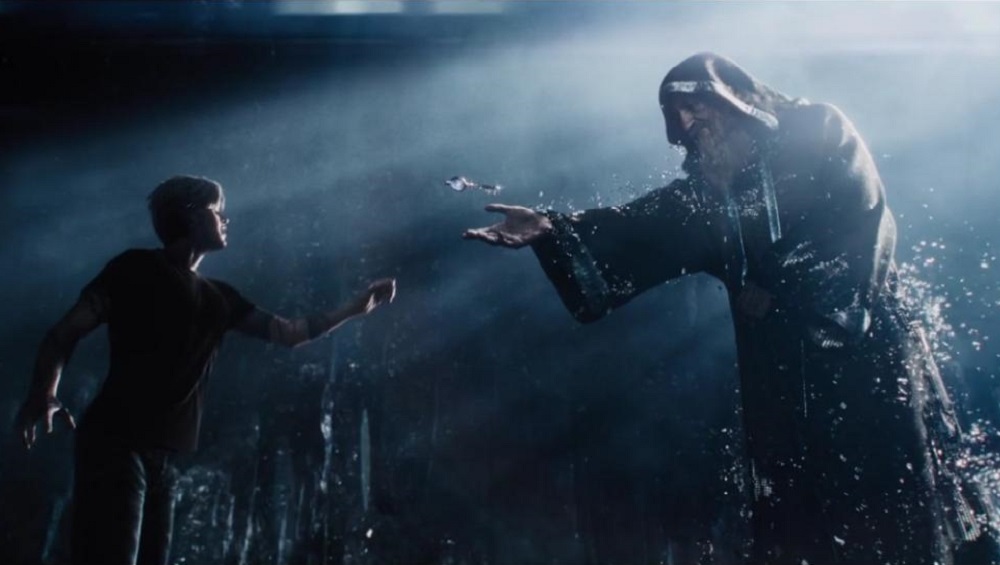 Maybe I’m being too harsh on a summer blockbuster, but I really wanted the film to work. The cultural references crammed in everywhere should have given the movie heart, but instead they feel like contractual obligations. There are moments that work, and it is in those moments that you get the feeling that Spielberg is actually nerding out with you, that he too cares about the things that are on screen in a deep way. Those moments though are too far between each other, with the rest of the movie feeling like it has to hit a quota of characters from other sources to fulfill the requests of fandom.

I can’t say that Ready Player One is a bad movie given Spielberg’s ability to deftly weave his action together, and the moments of true nerd fun that do work, but the rest of it just doesn’t hold together. By the end of the movie, as Twisted Sisters’ “We’re Not Going to Take It” burst out of the speakers while the Iron Giant battled MechaGodzilla on the frozen wastelands of DOOM planet and the Delorian from Back to the Future weaved around their feet, all I could think of was the fact that most of these references made no sense contextually.

Maybe you won’t care, and can check your brain at the door and just enjoy Spawn running into battle alongside Freddy Kruger. For me, I wanted to feel like the movie cared about these things as much as I do, and it just doesn’t for the most part. This obviously can come across as “Angry nerd doesn’t like how his beloved things are used,” but it isn’t that they weren’t used in the right way, it’s that they weren’t used with much care. Nostalgia only works if you care.

Filed under... #Film or TV#Flixist#Sci-fi#SXSW#Top Stories