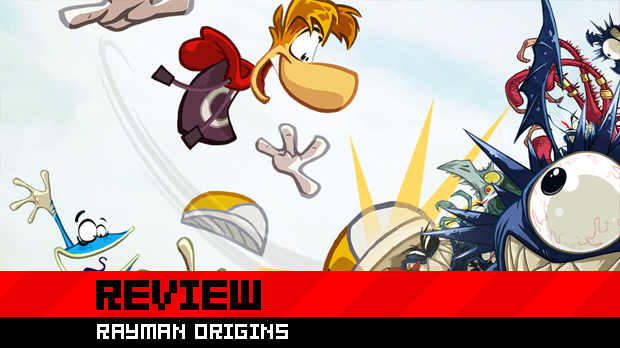 So, here’s a funny story about my experience reviewing Rayman Origins. Sometimes when we receive a game for review, it’s not exactly the final code, but a build intended to run on a version of the console hardware which isn’t the standard one sitting in your home. This can occasionally cause some hiccups in the process, as last minute bugs might need to be worked out or some otherwise completely unexpected (and likely non-standard) issue crops up that the consumer who buys the game on launch day will never experience.

In this case, I had played through approximately 40% of Rayman Origins when I went back to the console and fired it up for the second time, only to discover that my save data had been corrupted. All of my progress was completely gone. As a reviewer, I realize that this situation is not going to happen to players who buy the game and have to keep that in mind in my assessment, but it can be frustrating from the perspective of working to accomplish the goal of writing the review.

Except, with Rayman Origins, it wasn’t. I did not care one tiny bit that I would have to play through this entire game again. 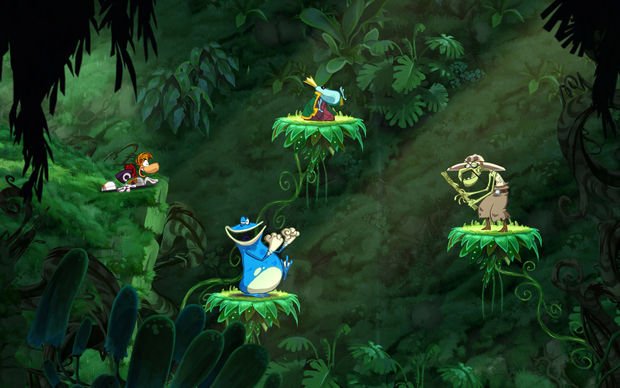 The very first thing you will notice upon firing up Origins is its stunning presentation. The opening cutscene does more than merely set the stage for the loose and light story, which sees Rayman and friends saving the Glade of Dreams from encroaching nightmares. It also sets a tone for the entire experience, cleverly demonstrating the elements of rhythm which touch all aspects of the game. Everything from the crisp/vibrant graphics to the upbeat/complex music merges together to create a complete experience that’s better than the sum of its individual parts.

Nowhere is this rhythm more apparent than in the expert stage design. The goal of the game is to free Electoons, little pink balls with fabulous ponytails whose power allows Rayman greater access to the worlds connected to the Glade of Dreams. Every stage allows the opportunity to free multiple Electoons through achieving goals including stage completion, collecting certain amounts of musical (and sleepy) “Lums” during stages and by finding hidden Electoons in secret areas.

Where the rhythmic aspect comes into focus is in the arrangement of these objects within the levels. It’s one thing to simply walk through a stage. That will award you with one Electoon at the end. But to collect them all, you’ll have to find the stage’s specific rhythm and fit yourself into it. Touching certain plants and platforms in a stage will cause Lums to pop out in your path and give hints to how to achieve the proper tempo and direction to follow. Feeding into this design flow are valuable “King Lums” which double the value of all other Lums you collect for a short period of time, vital to achieving the high quantities necessary to free Electoons when the stage is finished. 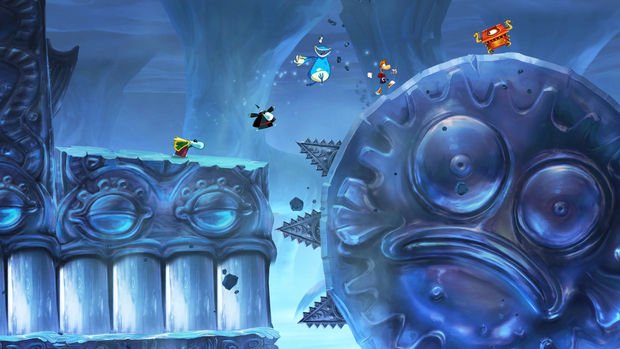 The beat may be faster or slower from one stage to the next but it’s always present and finding it will allow you to fly through a level satisfyingly while still achieving a level of thoroughness in terms of collecting, if not on your first run through, usually by the second. It’s the kind of pace-based platforming fans of titles such as Donkey Kong Country know all too well, but it also features some of the most gradual difficulty progression I’ve ever seen for a game which starts out so simple and ends so challenging.

This is because, for the first half of the game, you’re still unlocking new moves. At the start, Rayman can’t even attack until part of the way through the first stage, limited to running and jumping. By the time you’re ready to face the game’s larger challenges, you’ll have become skilled in abilities that include gliding, wall-running and — for better or worse — swimming through levels built around easing you into the complexities of using them with the proper timing to traverse quickly and fluidly to the end.

That swimming is a bit of a sticking point. Rayman does feature a “water level,” dedicating around fifteen percent of the game’s stages to a world centered around swimming. While never specifically bad, they feel a bit sluggish because you’re incapable of moving quickly through water (holding the run button helps but still feels slow) and it drags down the pacing a touch. That said, Ubisoft Montpellier does use that slowness to its advantage frequently, ratcheting up the tension in some of these swimming stages through some rather tightly timed sequences that keep the pressure on. 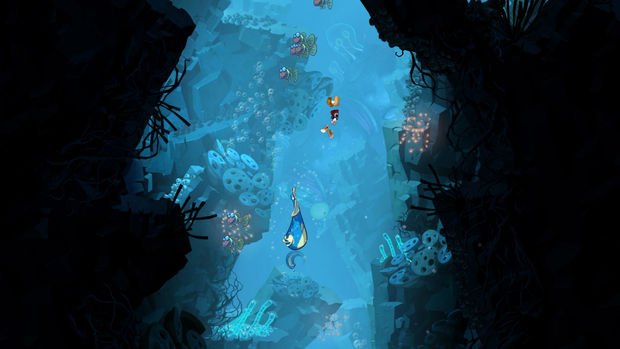 For all its bright color and charm, Origins gets to be a pretty tough game. Thankfully, while the series has gone back to its roots in terms of design, it’s adopted modern conventions as well. There are no “lives” to worry about and death merely returns you to a checkpoint which is rarely more than a few seconds back from where you bit it. But at best you’ll only ever be able to take one hit from an enemy or an environment and live, owing to a heart power-up collected in stages which takes that hit for you, so there’s still a sensitivity towards old-school design without alienating the player.

There is another way of giving yourself a defense against the nightmares plaguing the Glade and all it takes is a friend or three. Rayman Origins features drop-in/drop-out cooperative play for up to four players at a time and as long as one of you stays alive to free injured players from bubbles in which they become trapped when hit, progress through a level remains possible. This is, of course, assuming you don’t want to lord your superior ability to collect Lums over your pals and knock them into obstacles and enemies with friendly fire (accidental or otherwise) attacks. Playing with multiple people at the same time can make the game fairly chaotic, mitigating almost all of the advantages of having those players to fall back on to achieve completion, but making the game fun in an entirely different way as you smack (and smack talk) your way through. 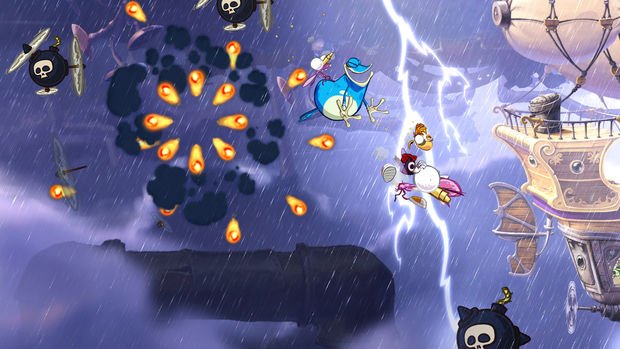 In addition to the platforming stages, which comprise the vast bulk of the game, most of the game’s worlds are concluded with a side-scrolling, shoot-em-up stage where you ride a flying mosquito. They serve a dual purpose for transitioning out of one world and into the next, while at the same time make for a delightful change-up from the rest of the game without feeling out of place. They also feature what is in this reviewer’s mind some of the most enjoyable music in the game. There isn’t a lot of music in videogames which features the kazoo (probably for good reason) but the light tone and vibrant energy of the game is all the better for it here.

Even after you’ve completed the objectives necessary to finish the story, there are still considerable challenges for you to tackle. Revisiting stages allows you to attempt speed run goals and each world features a forced scrolling stage, unlocked only after you’ve attained sufficient Electoons, which in turn opens up the secret, “Night of the Livid Dead” world. This area of the game will test your mettle like nothing else you’ve seen, accomplishable only through exacting jumps, constant motion and full exploitation of enemies and environmental objects.

I adored my experience playing Rayman Origins and I’m certain that anybody with a love for 2D platform games will feel the same. It stands tall in the field as being one of the best of its kind in this console generation and supplies ample hope that there’s not only plenty of life still in that genre, but in Rayman as a franchise.