From the Stamper garage to Microsoft

The first Rare game I ever played was Snake Rattle ‘n’ Roll in 1990, but the company has been around for quite some time. Vs. Slalom was technically Rare’s first title. Tim and Chris Stamper, the heart and soul of the company until their departure in 2007, created their first game called Jetpac, in 1983.

Although Rare isn’t the powerhouse it once was, Rare Replay is a testament to its storied history, and a beacon of hope for the future. 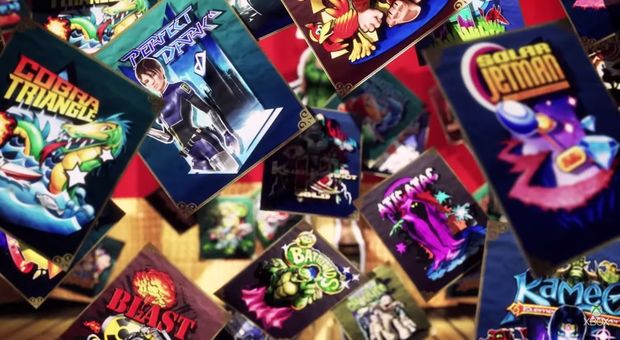 From the moment I booted it up, Rare Replay was not only charming, but welcoming as well. I love the carnival style menus with old timey posters, as it’s a nice little touch that clues us in on how much work went into it. The menu is very clearly defined and every game is detailed in a straightforward way, from the number of players to the release year. In addition to 10,000 achievements, there’s also a “stamp” system that works as an internal record keeper of sorts, which unlocks various video extras. Said videos are basically miniature documentaries, ranging from takedowns of Rare, to existing games, to cancelled projects, and are very well done. I was really surprised by how interesting these clips were; even the more drab ones are filled with lots of new information.

The menus are responsive as well, and after clicking a game, it takes roughly five seconds to load. It’s crazy how much Rare thought of, as Replay includes built-in instruction manuals, auto-save functionality, and three save slots per game. There’s also emulator-esque tools at your disposal, like quick saving in older games, cheats like instant rewinding (conveniently mapped to the left trigger), a toggle for infinite lives, and even a CRT monitor filter. All in all, it’s a wonderful package presentation-wise.

As for the games themselves there are 30 in all, 15 of which can probably be considered “retro” even by older gamers’ standards, dating before 1994. That includes staples like the incredible Battletoads and Snake Rattle ‘n’ Roll, as well as a handful of more obscure games like Gunfright and Underwurlde. My time with a lot of these titles has been rather mixed, as some of them are too dated for their own good, but most of them absolutely hold up as arcade-like experiences.

Having said that, the “Snapshots” mode (basically a challenge gametype with bits and pieces of select titles) is an excellent way to become acclimated to some of these games. Tasks range from typical score attack sessions to beating specific areas with specific limitations, to survival challenges. The best part? You can score over the goal and test your might by way of leaderboards. There are 16 games in all with Snapshots, and six more challenging multi-game playlists.

As you start to move into the mid-’90s, more of the “classic” Rare fare starts to shine, like Blast Corps., Banjo Kazooie, Perfect Dark, and Jet Force Gemini. All of the games that had multiplayer enabled still have it within the ports themselves, and it was incredibly easy to just turn on another Xbox One controller and go at it with another player. One game I didn’t expect to love was Battletoads Arcade, which was never released on a home console before Rare Replay. On the other hand, if I had to pick the worst game in the package it would probably be Killer Instinct Gold, which is a bare-bones version of the second game. It kind of makes sense though, as Killer Instinct 1 and 2 already exist on the Xbox One in the form of Killer Instinct 2013 bonuses, so Gold’s inclusion is still unique.

The modern games are pretty much all great, including Viva Piñata, one of the best zen garden simulators to date, and Jetpac Refuelled, a standout game on the Xbox Live Arcade, even today. Kameo, which was not a great full retail price launch title all the way back in 2005, is a great little extra in Replay, and is worth playing. At the end of the day the selection of games is superb, and one of the only missing games I wanted was GoldenEye. In case you’re wondering, yes, every game that supported online play still does so in Rare Replay, though I wasn’t able to test out this extensively before launch — we’ll provide updates if there are any issues after launch. 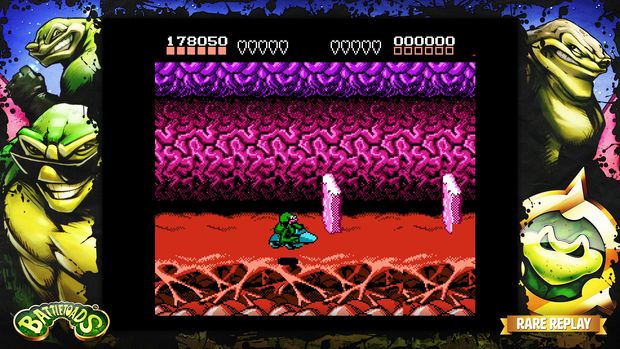 For clarity on a few technical things, all of the Xbox 360 games are provided as separate installs by way of the disc (Banjo Kazooie, Tooie, Nuts & Bolts, Perfect Dark, Zero, Viva Piñata, Trouble in Paradise, Jetpac Refuelled, Kameo), but have full Rare Replay‘s features, and holding the start button still conveniently brings you back to the core menu. There’s a wonky little first-time setup on the Xbox 360 side of things, but once it finishes you’re all good. Since a lot of these games are still at least $10 on the Xbox Live Arcade, $30 for the lot (and more) is a great deal.

Rare Replay is a new milestone for compilations. A great deal of care was put into the project, and 30 games is enough meat to ensure that everyone will really enjoy at least half of them. I sincerely hope this is the start of a revival of the classic Rare we know and love.