Sony has a stable of impressive top-tier game franchises — Uncharted, Killzone, God of War, the kind of blockbuster productions every console needs to open eyelids among the mainstream users. I, however, will remember Sony’s impact on this generation in terms of what it delivered in the shadows of its titans.

Flower, Journey, Unfinished Swan — the less glorified games that gave the PlayStation 3 more personality and charm than any of its glossy, big-budget properties. Games often as beautiful as they are bleak, understated games that nonetheless make more of an impact on the player than any billion-dollar explosion could.

Games like Rain, a latecomer that nonetheless deserves to be counted among the PlayStation 3 games that truly mattered in the last five years. 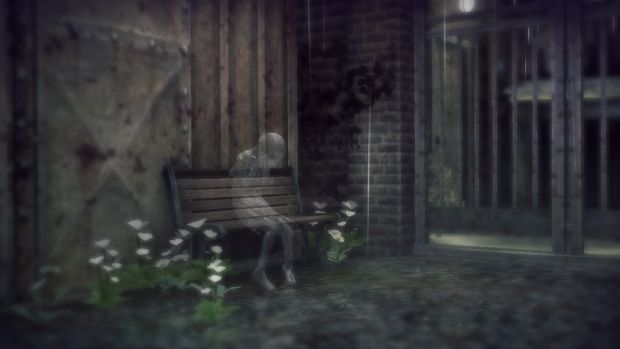 Rain is the story of a little boy who accidentally becomes invisible. More than that, the town that once was so familiar is shrouded in darkness, assailed by a downpour of rain, and plagued by mysterious beasts intent on doing him harm. Visible only when the rainfall covers his body, he comes into a contact with a similarly afflicted girl, and together they must try to find their way through the storm and avoid the sinister forces out to get them.

PlayStation CAMP’s tale is a simple one, but it’s delivered with a subtlety and poignance that manages to hit the right note, whether it aims to make you sad or delighted. With no voice acting to speak of, the narrative unfolds by way of text placed stylishly around the game’s world, something I always appreciate in a game, but one that can prove just a touch distracting during the more platform-oriented sections. Nevertheless, it’s a pleasingly presented, thoughtfully told story that ends on a most enamoring note.

Drawing from platformers, stealth, and puzzle games, Rain smartly turns its central conceit into a variety of interesting ideas, never dwelling on one neat trick for long. The unnamed boy cannot fight back against the beasts that stalk him, but he is only visible to the creatures when standing directly in rain. The most common way of avoiding peril, therefore, is to sneak past by walking underneath roofing, canvas, and anything else that provides shelter from the water. Of course, since the boy is invisible in such circumstance, spatial awareness (and an eye on wet footprints) is crucial to ensure one knows where they’re going. 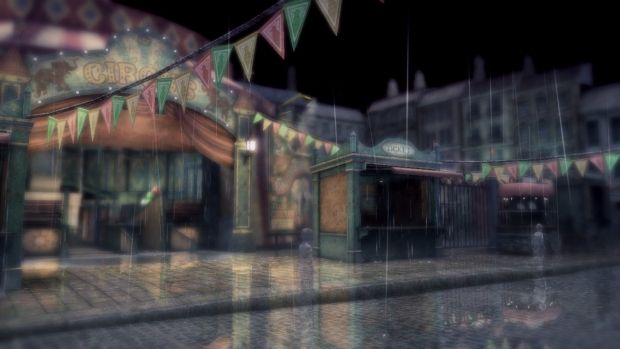 New twists on this idea are dripped into the adventure as time progresses. Creatures themselves start wandering, invisible and deadly, in sheltered areas. Large puddles can give the boy’s position away, while mud clings to him and renders him visible in any condition. Some monsters must be lured away from passages by noise, or huge passive creatures may be walked under for moving cover. Worst of all, the lurching Unknown is constantly in pursuit, and his regular harassment makes for some surprisingly frightening sequences.

When the boy and the girl unite, they’ll need to cooperate to progress. Rain doesn’t go out of its way to be too inventive here, with a whole bunch of block puzzles, boosting to higher ledges, and mutual opening of gates providing some standard environmental hindrances. Despite the relatively unimaginative puzzles, however, it’s a unique pleasure to watch the two invisible friends interact with and help each other.

Rain excels at providing moments of serenity punctuated harshly by jarringly sad or scary occurrences. When the game’s calming music is playing, and the children are padding through the drumming of the rain, it’s hard not to smile. Such elegant sequences are, however, tinged with fear of the Unknown rearing its misshapen head, or soured by the evocatively animated sadness and confusion of the silent heroes. Bittersweet is a word best reserved for experiences such as this. 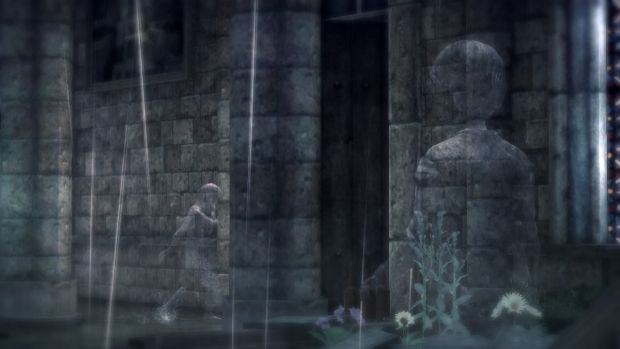 While Rain is a largely pleasant experience, some blemishes dampen the adventure in less literal ways. Controls are a little finicky, with the boy sometimes either feeling not responsive enough for his jumps, or too responsive and twitching off a ledge or away from an interactive object. A few of the chase and stealth sequences are overly reliant on trial and error too, albeit without it being as smartly woven into the design à la something like Limbo. There’s nothing that will ever keep you stumped for more than a minute or two, but sometimes the game suffers from making you try to predict what the developers were thinking.

It’s also a shame that, for all its clever little tricks, none of Rain‘s ideas quite feel as fleshed out as they could have been. The first time you see just a mudstained pair of feet clomp in a roofed corridor, it’s a joy. However, such unique spins on the central premise are showcased once or twice, and never really given much time to shine or reach their potential. Some of the simpler uses of Rain‘s gimmicks seem to exist purely to showcase how clever the whole idea is, and make you look at the cool visual style. While it is, indeed, cool, it can be frustrating to think about how shallow the use of these ideas are, when juxtaposed against the possibilities.

I will also say that, as much as I found the Unknown to be an intimidating enemy, the sheer number of times he pops up to spook the player tends to have a diminishing effect over the course of the game. By the end of it, he’s come back more times than Jason Voorhees, and he starts to make eyes roll rather than close up tight. Still, he’s very unsettling for the first half of the game. 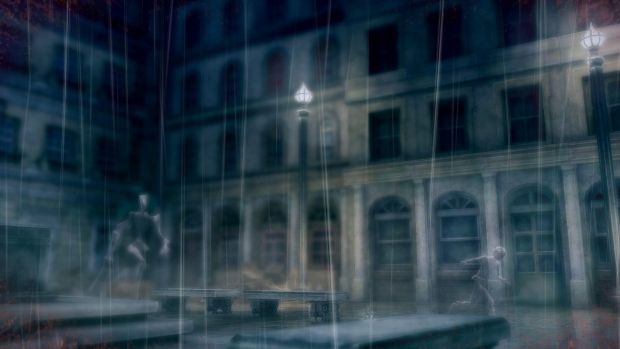 Nevertheless, Rain is a pleasure, and its visuals are indeed sublime. Aside from the general enjoyment one gets from the weather and invisibility effects, the profound animation is what really makes Rain as gorgeous as it is. The way the children slide on rain-slicked tiles, or cover their faces from the incoming water make them feel incredibly alive, giving them a sense of believability and sympathy that most photorealistic, Hollywood-acted games would kill to achieve.

The art design is impeccable, too, most notably with the monsters. Abstract, and yet unnervingly familiar, the vaguely formed beasts that hound the player are wonderfully designed to resemble common animals while maintaining an alien and utterly cold form. It’s an effective style, that works well against the great, dreary, yet hauntingly pretty background. 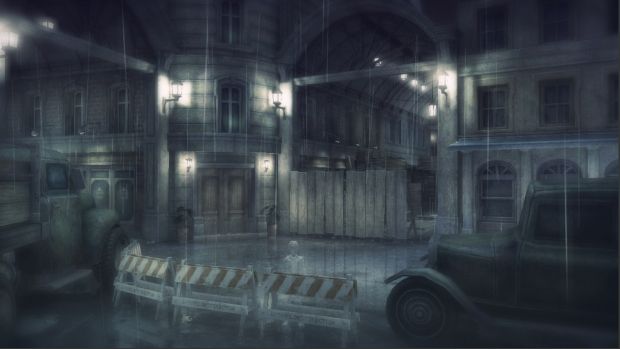 Rain is not quite the model of refinement that some of its PlayStation Network peers have been, but it’s an overwhelmingly amiable, effectively cultivated little adventure. Calming and scary, amusing and sorrowful, Rain is a game that jogs calmly through a gamut of emotions, rather than sprints headlong into mood whiplash, and it’s incredibly difficult to ever dislike it, even during its twitchier moments. Rain is, above all, a most balmy experience.

Also, it’s nice to see the PS3 finally getting a rain-themed exclusive with a good story.