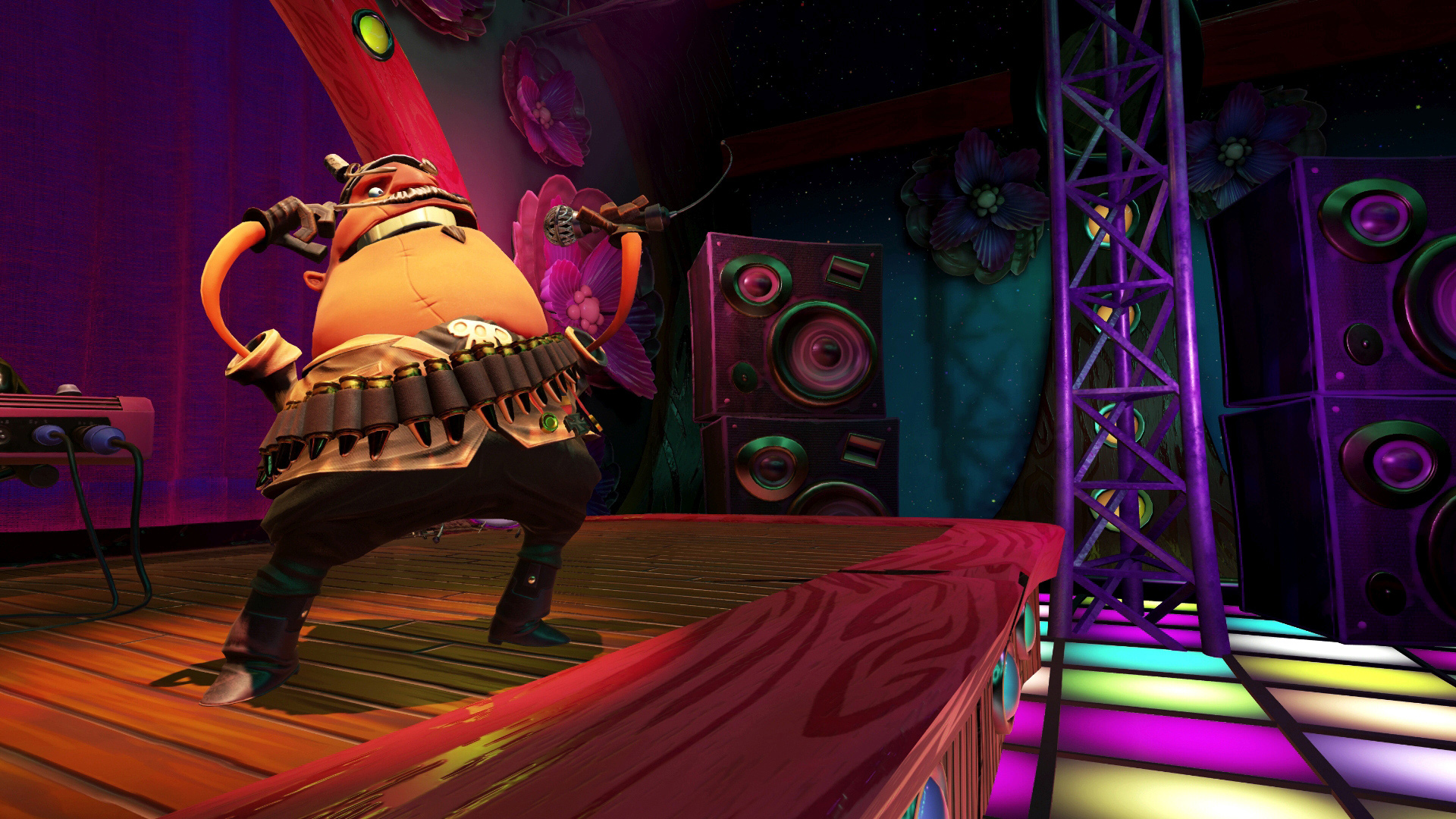 Not that you need any more reminders, but dang, it sure has been a while since the first Psychonauts. More than a decade later, Double Fine’s funny psychic-power platformer has stuck with us, thanks in part to re-releases and also the uplifting fact that a full-on sequel is in production at the studio.

Before Psychonauts 2, though, we’re off on an excursion with Rhombus of Ruin, a first-person puzzle-adventure title created for PlayStation VR. This game is meant to bridge Psychonauts and its forthcoming sequel, but don’t let that timeline deter you if you haven’t yet played the original. Even though existing fans who already know (and probably love) these characters will be at a clear advantage to get more out of Rhombus of Ruin, it works as a standalone experience. Quite well, I might add! 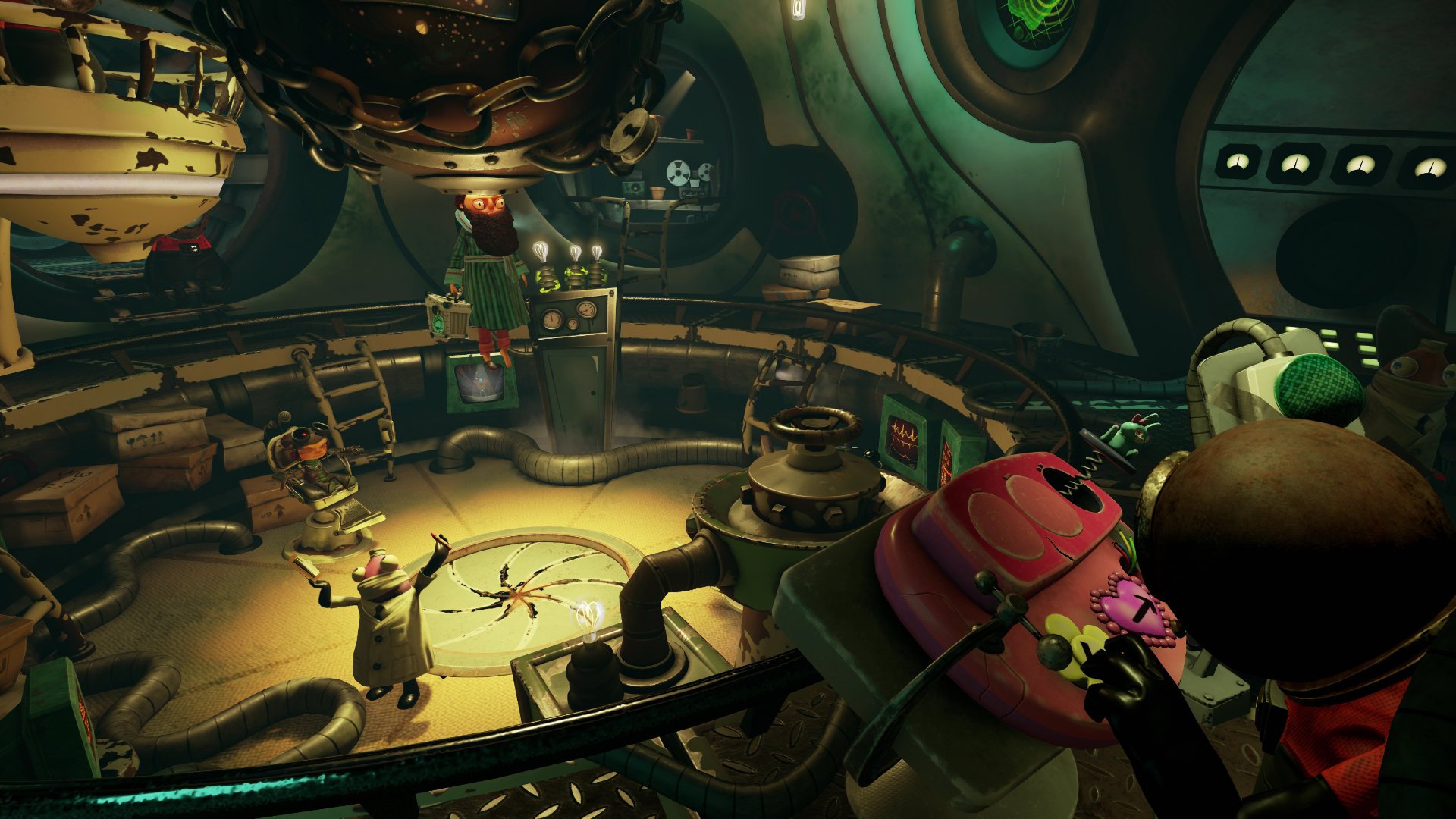 Somewhat surprisingly, Rhombus of Ruin begins right after the ending of Psychonauts, and I do mean right after. (In case you need a spoiler-filled refresher, I got you.) Protagonist Raz and other familiar faces are off to find and save the leader of the Psychonauts, Truman Zanotto, but before long it becomes clear that you’ll need to do most of the heavy lifting on this particular rescue mission.

Psychic abilities are an ideal match for this first-person, seated VR game. Raz can “teleport” with clairvoyance, enabling him to see the world — and puzzle clues — from the perspective of different characters. He also has telekinesis for lifting objects and pyrokinesis for setting them ablaze.

So while you never once get up and walk, you can warp through environments (and there are enough bodies scattered around that you’ll only feel slightly restricted). Unlike other virtual reality games that use these mechanics out of convenience or necessity, they make total sense here, contextually. Of course you’d hand off toilet paper to Coach Oleander using your mind. You’re a Psychonaut!

What follows is a charming, humorous, not-too-taxing puzzle adventure that lasts a couple of hours and will leave you feeling warm and fuzzy inside. I particularly dug some of the clever ways Double Fine toyed with perspective and scale. Being a rat held up by a comparatively giant Lili was a freaky-cool experience, as was looking down on an ocean landscape from the perspective of a mighty whale. Those strange sensations have stayed with me, even days later. That’s the power of VR done well.

To talk specifics about the story and setting would be a disservice but, in general, know that there’s enough variety in the set pieces and character interactions to keep you engaged and entertained throughout. If it falls short anywhere, it’s in the puzzle design — some felt a bit by-the-books or abrupt. All told, I completed the game in a single sitting, as did my sister, as will many people who play this, and I don’t feel much incentive to play again anytime soon. At $20, that’s not exactly a bargain.

Whether it’s worth playing at that price depends on how into Psychonauts you are and/or how desperate you are for a delightful, well-crafted PSVR game. I’ll say this much: as someone who is by no means a superfan, Rhombus of Ruin left me feeling proper excited for Psychonauts 2.